News
23 August 2020
Following their failure to adhere to Biggie's House rules in the past week, Erica, Kiddwaya, Tolanibaj and Ozo each received Strikes from Big Brother.

The very last paragraph of article 19 in the rule book states: “If a Housemate attempts to communicate without the cameras/microphones recording the communication (e.g. tampering with microphones, writing secret messages, whispering or mouthing words without speaking) or if they try to tamper with or cover recording equipment or if occupants communicate in a secret code - Big Brother reserves the right to issue a strike or disqualify the Housemate.”

When Biggie was away on vacation last week, a video was played in the Lounge for the Housemates. The video showed some Housemates violating Biggie’s rules by whispering in the House.

In case you missed it, watch this:

For the crime of flouting Biggie's whispering rules

The rules are not only clear but sacred in the Big Brother Naija House and no Housemate is exempted from following them. Erica and Ozo were found to have constantly flouted Biggie’s House rules and for this reason, were issued Strikes.

In particular, the issue of whispering has been mentioned quite a few times and the Housemates were told there would be consequences if this was to persist. On that note, they are required to take such a serious rule with levity. Today, Big Brother found Erica and Ozo guilty of whispering in the House and on this same table, they have also been caught on other several occasions speaking in codes or trying to communicate in undertones. Erica finds herself with only one more strike to go, which would see her immediately Disqualified from the Show.

Erica, Kiddwaya and Tolanibaj have been found guilty for disregarding the rule regarding the Head of House and Deputy Head of House privileges. However, they broke the rules, and allowed their desires and wants to supersede authority.

On this note, Big Brother found Tolanibaj, Kiddwaya and Erica guilty of breaking the House rule on the Head of House Lounge. They are hereby all issued a Strike each. This means that two more Strikes, and Tolanibaj and Kiddwaya will be Disqualified from the Lockdown House; one more Strike for Erica will see to the end of her Lockdown journey in the House.

As an additional punishment, for disregarding the title and privilege of Head of House and Deputy, Tolanibaj and Erica have both been barred from next week’s Head of House game. They may not partake, neither can they be selected as Deputy. Moreso, because Kiddwaya is the current Head of House, he was meant to manage the House and bring order but instead partook in the infringements. For this, his punishment from Biggie was bigger. He has been barred from the Head of House games for two weeks and may also not be Nominated as a Deputy. Since he is already ineligible to partake in next week’s games, his two weeks begins from the week after next week. So, for three weeks he may not be Head of House or Deputy. 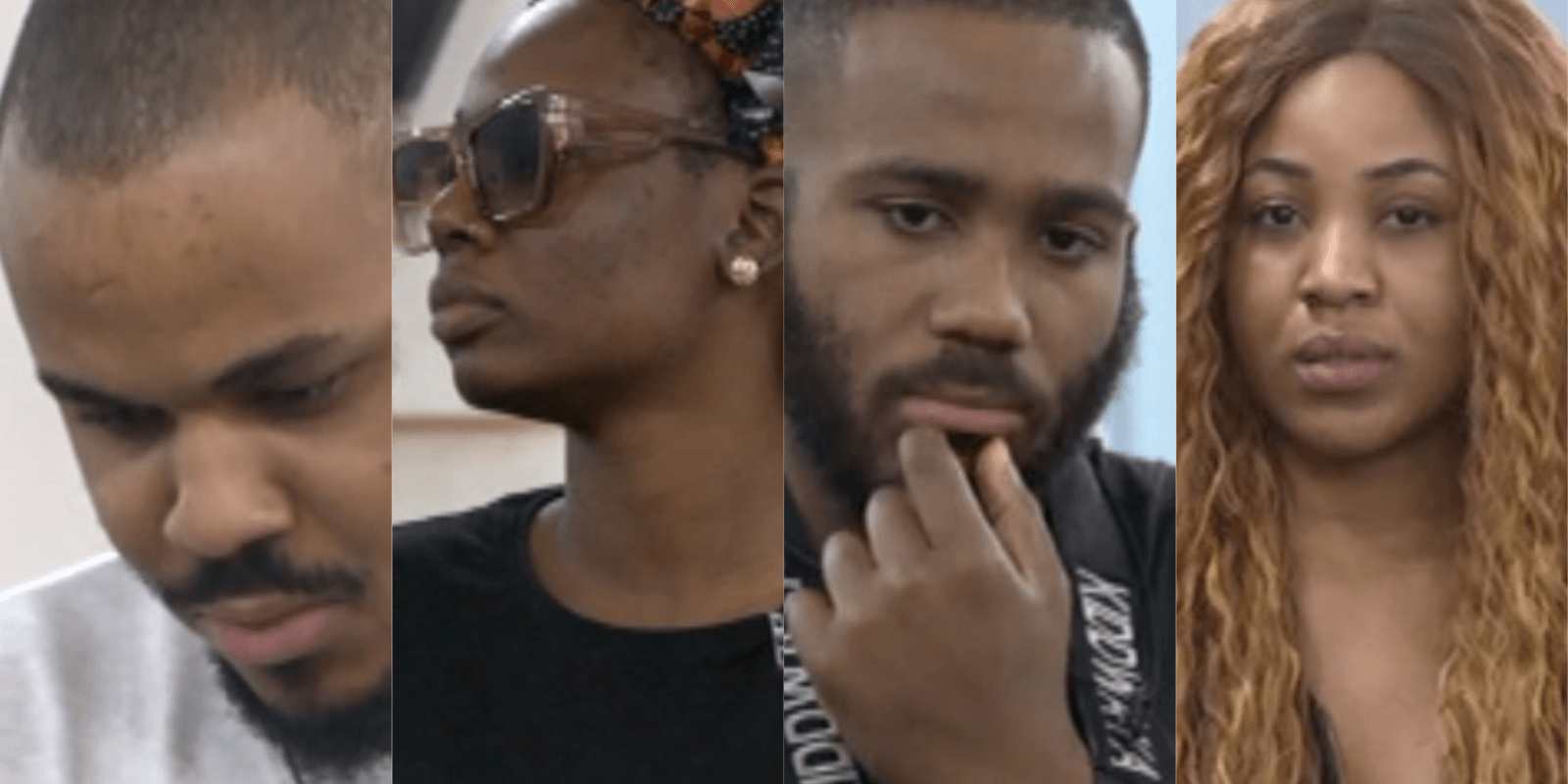 Punishment for the whole House.

For their bad behaviour in the House, Biggie also punished the rest of the Housemates. There will be no hot water in the bathrooms for the next few days and their attitude will determine how long this punishment will last. Henceforth, they are not permitted to use the pots, pans or kettles to boil water to be used in the bathrooms.

Finally, although they did a great job with this week's Wager Challenge, their behaviour in the House has trumped it. So, they have automatically failed their Wager and must survive on their weekly base allocation. Also, regardless of Winning the Friday Night Arena Games, there will be no pampering for any Lockdown Housemate from this week until further notice.

News
Breaking News: Strike one for a teary Amaka! – BBNaija
For her constant microphone infringement, Amaka has been issued a Strike.
Video
Day 36: Amaka gets a Strike – BBNaija
Amaka was found guilty of breaking the house rule on microphone usage and was therefore issued a strike. Two more strikes and she will be disqualified from Big Brother’s House.
News
Breaking News: Ozo gets a second Strike
Ozo received a second Strike for not obeying Big Brother’s rules on communication.
News
Breaking News: Kiddwaya gets Strike and Erica a final warning
Biggie delivered a mix of good and bad news to the Lockdown Housemates tonight: Kiddwaya was issued a strike while Erica got a strong and final warning. On the sweet side, Nengi and Prince were rewarded with an all-expense-paid trip to the One Africa Music Fest in Dubai plus N250 000 each, courtesy of Pepsi.