News
16 February 2022
What does a mother do when she sees her son’s life in jeopardy?
Subscribe to Watch

The last few weeks have been tough on Hambe in Mpali, who received blow after blow from reality. The young man has gone through various lessons, but we all have one question in common; has he learned about responsibility yet?

We have seen some interesting social media commentary about Hambe’s predicaments from the masses that enjoy Mpali on Zambezi Magic DStv Channel 162 and GOtv Supa Channel 5 every Monday to Thursday. The most common theme we picked up from the commentary is Mai guru Junza’s involvement in her son’s messy love life.

Just in time for Valentine’s Day, Junza made sure to “secure the bag”, offer Chola the “side-chick” lump-sum of money to leave her son alone and even reached out to Chibale his wife, asking her to return home. This may sound easy, but there is a lot of drama involved when it comes to playing cupid especially as the son’s mother.

We have a few questions in mind regarding a mother or mother-in-law’s meddling in their married children’s lives and are open to all opinions in this free world!

Here are some comments showing us how Zambezi Magic reacted to Mai Guru’s attempt to save Hambe’s marriage:

Many of you were appalled by Mai Guru’s “mafia-like” moves to fix Hambe’s life in defense of Chola. 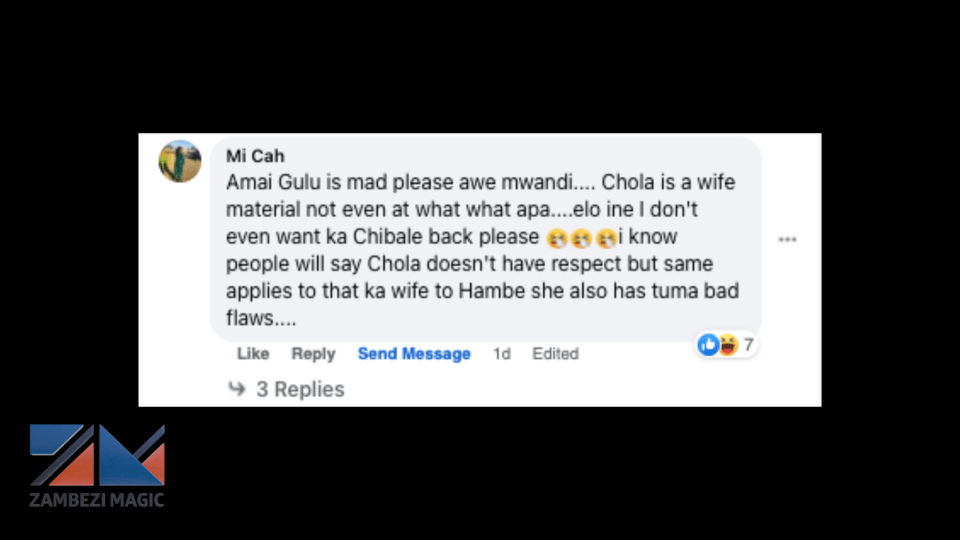 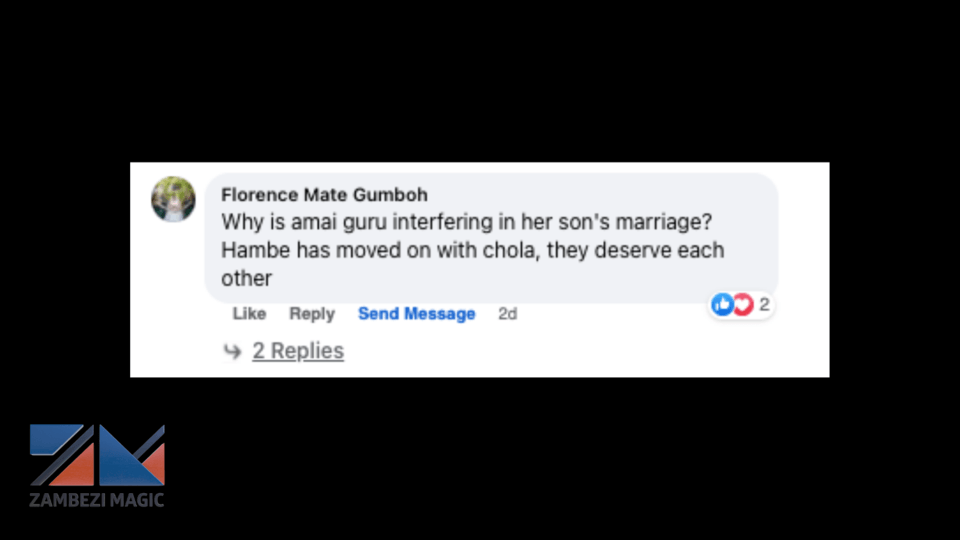 Some of you have said the money Mai Guru offered Chola could be better than sticking around with a man that disrespects you. 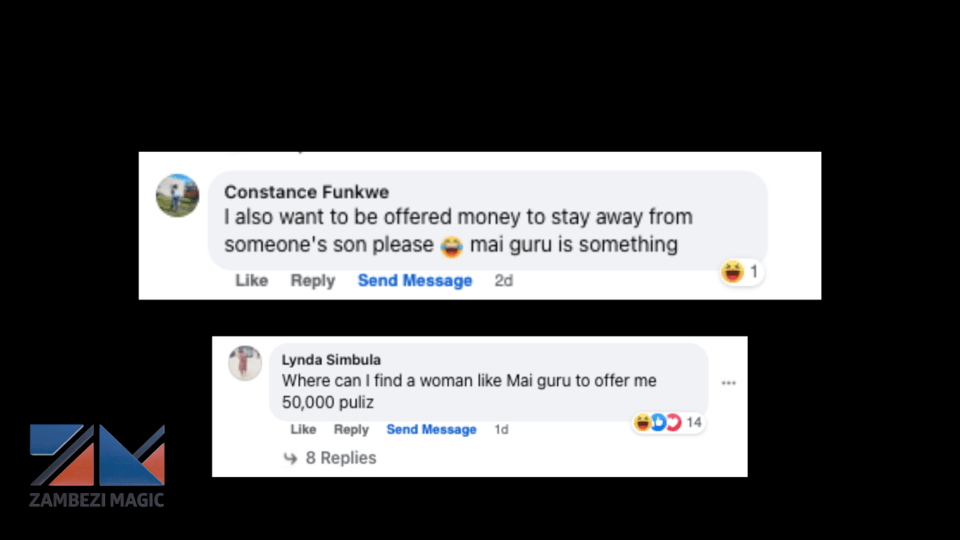 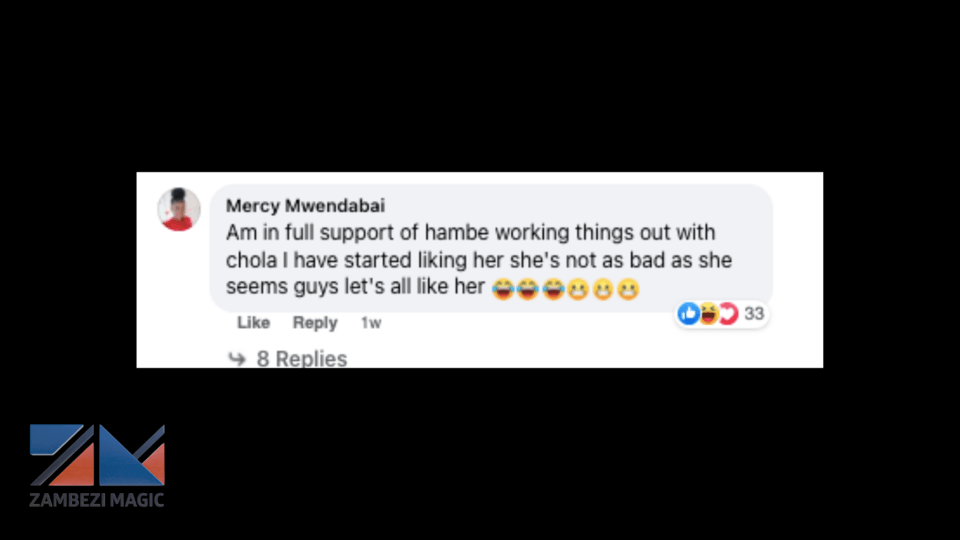 Some viewers side with Junza’s decision to take matters into her own hands. 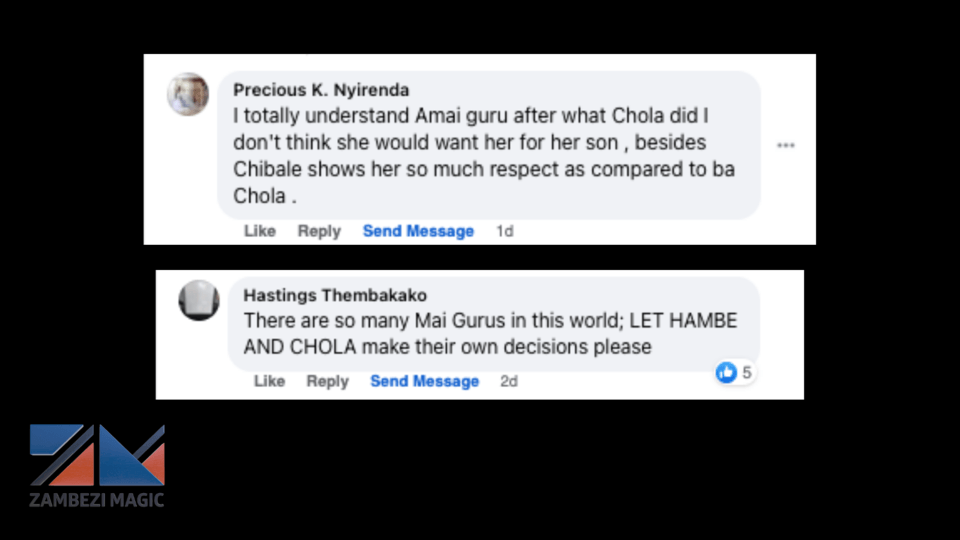 After witnessing Mai Guru’s sneaky behavior over the last few seasons, some viewers have a reason not to trust her decision-making and that her plans to get Hambe and Chibale back together will not work.

There are a few important lessons we are picking up from the social media reactions about Hambe’s saga:

We are looking forward to following where Hambe takes his mother’s efforts to fix his relationship, and whether he will be able to settle for either Chola or Chibale with less of his mother’s influence.

Video
Missing package woes – Mpali
Cheela’s sister refuses to let her sister enter a polygamous marriage. Chola decides to get into the deal Hambe is making with Kuzo. Nguzu’s marriage proposal to Lindiwe is causes chaos on the plantation.
Video
Chipego’s generous solution – Mpali
Chipego decides to look for a sister wife she can share Jairos with. Mwanida gives Monica a wakeup call about her hopes for a relationship with Shadreck.
Video
Tamara’s stance – Mpali
Hambe spends some time babysitting baby junior while Nguzu’s wives argue, trying to encourage their husband to kick Tamara out if she doesn’t return and work on the farm.
Video
Fatal fights – Mpali
Nguzu gives Knox a beating for talking to his wife Tamara. Hambe is involved in a physical fight with Chola and she loses her unborn babies.