What is the one thing you almost inevitably spot in the #MKRSA kitchens? Cookbooks, of course. Having spotted a range of titles over the course of the first few episodes, we decided to compile the ultimate #MKRSA reading list, turning to the judges and Season 2 contestants for inspiration.

Covering cookbooks, memoirs, and blogs, we’ve got something to please every palette.

Check it out below.

Alia is a food blogger inspired by Moroccan flavours, so it should come as no surprise that her website is recommended by Adrie and Jalal. Brimming with recipes and foodie stories, it’s a great way to explore all the flavours and influences of Morocco.

From the Table of My Memory: Food, Friends, Travel: A Memoir with Recipes by Urmila Jithoo

Hop from city to city and recipe to recipe in this delectable memoir from Durban-born Jithoo. Recommended by Ash, it’s the perfect accompaniment for foodies whose feet itch with the need to fulfill their wanderlust.

When David’s not judging My Kitchen Rules SA, he’s busy juggling the hustle and bustle of Rosebank-based restaurant Marble. As if that weren’t enough to keep him busy he’s soon opening another restaurant with partner Gary Kyriacou, called Saint. To cap off an already amazing year, he’s releasing Mile 8, a nostalgia-infused cookbook which explores his food journey, while sharing recipes inspired by the flavours of southern Africa. It hits shelves in October, so keep an eye out.

Momofuku is more than just a restaurant and more than just a cookbook. It’s exploded into a culinary concept from NYC and has since extended the borders of the Big Apple. In 2009, chef and restaurateur David Chang and food writer Peter Meehan released Momofuku, which delves into Chang's history and the making of Momofuku. It's also packed with recipes, and the alluring Asian flavours make it an easy guess why this is a favourite of J’Something’s, whose own restaurant has been inspired by the Far East. “It’s a book that speaks volumes to me about dreaming and believing in one's ambitions,” says J. “It’s also a book filled with delicious food that is totally my vibe!”

Ottolenghi is a chef, restauranteur, and food writer whom you may have spotted as a guest judge in MasterChef Australia Season 9. Roxanne recommends his cookbook NOPI, which is named after his London-based restaurant. Compiled with NOPI’s head chef Ramael Scully, it  features recipes from the restaurant but adapted for you to try at home. 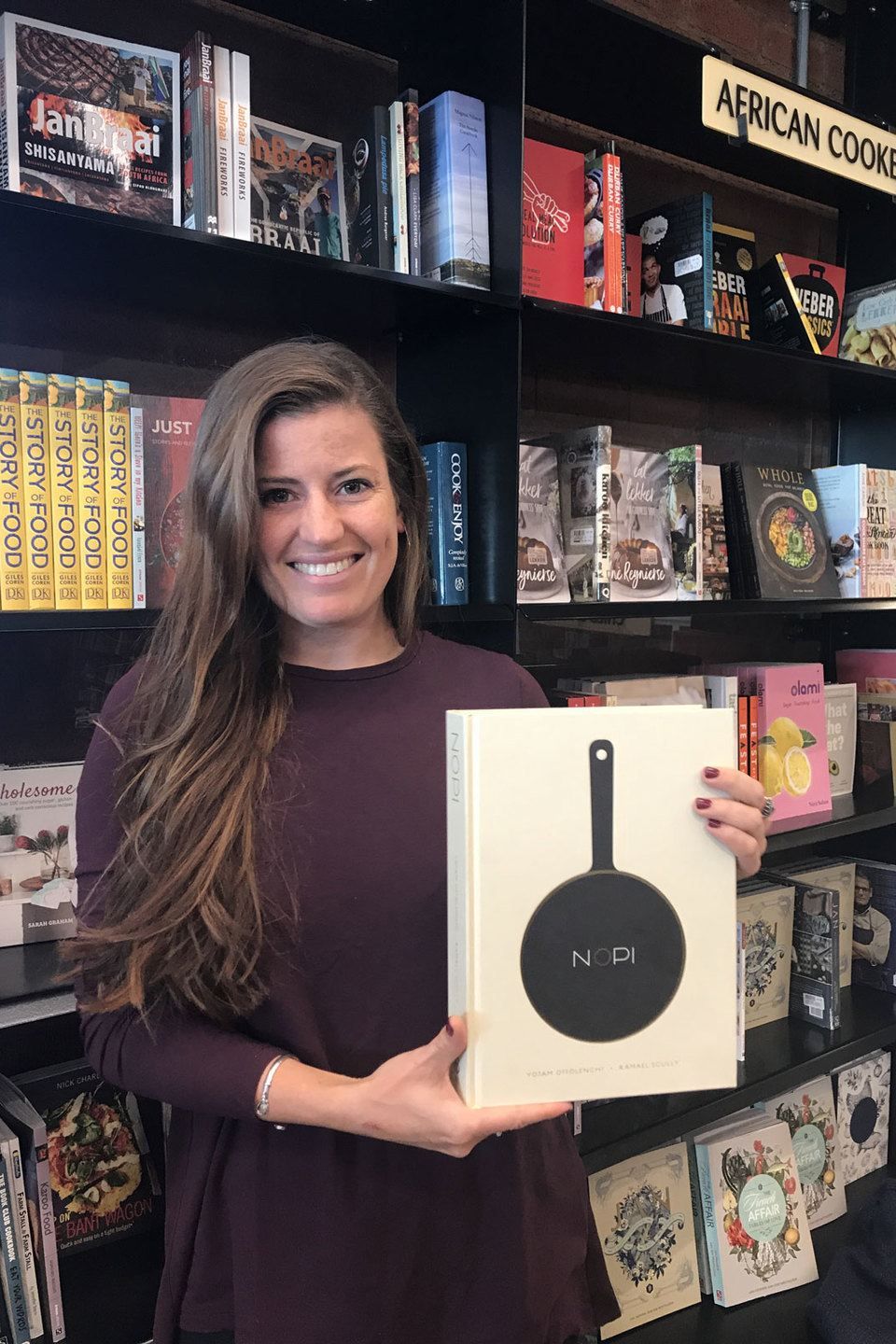 Spoen’s recommendation includes not only recipes, but ideas about growing, foraging, and preserving your own ingredients. Inspired by life at The Black Swan, Banks’ Michelin-starred restaurant in Oldstead, it’s perfect for die-hard foodies and farmers, and serves as inspiration for up-and-coming chefs. Banks was just 24 when he became a Michelin-starred chef! 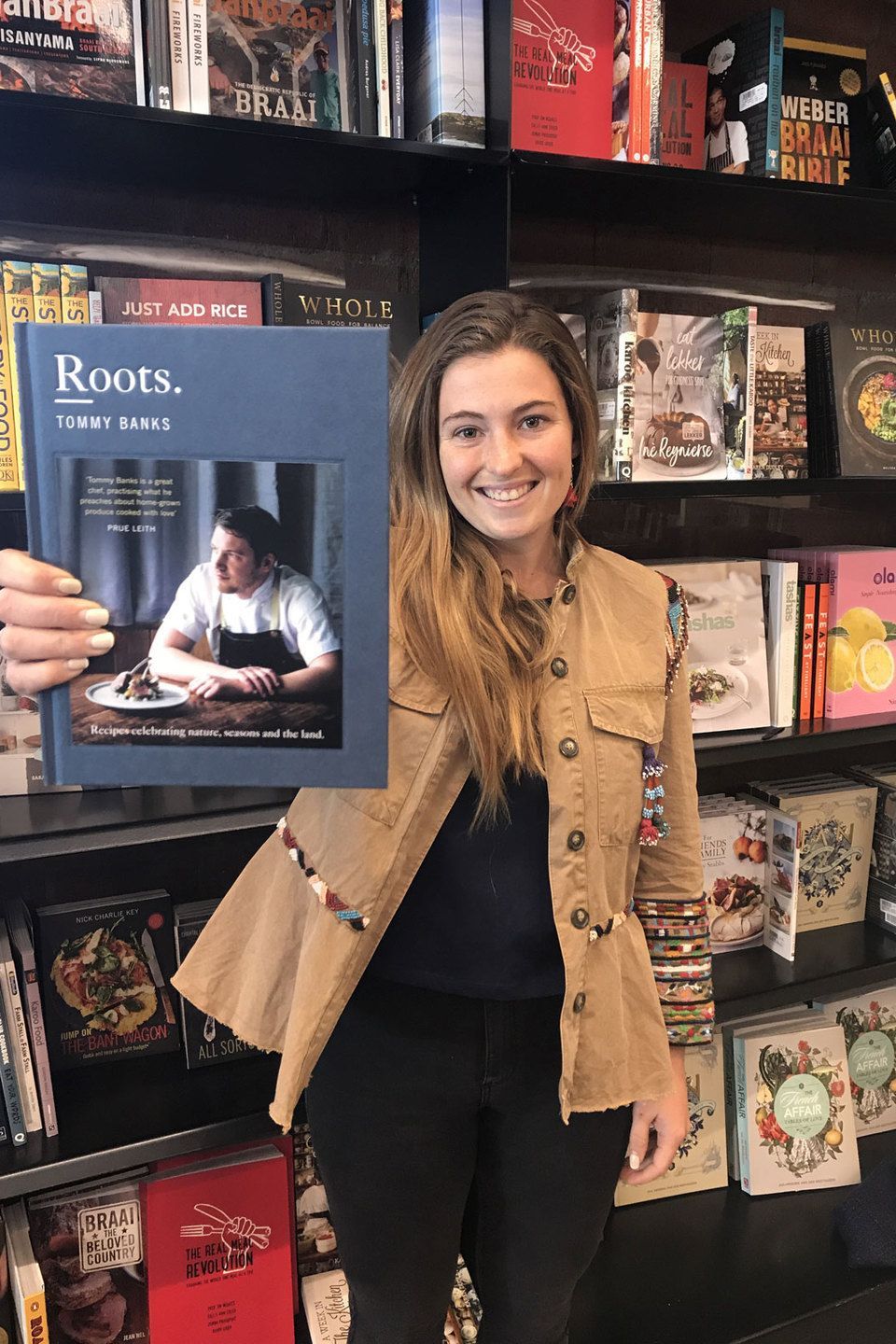 What with judging #MKRSA, singing, and running a restaurant, you’d think J would be too busy to squeeze anything else into his hectic schedule. But like David, he makes the time to pursue all his passions. He did it again last year, when he launched his cookbook, which takes its title from his Pretoria-based restaurant. It includes recipes that reflect his roots, like the yumminess that is pastéis de nata and homemade piri-piri. Our mouths are watering already!

Hard cover. 200 pages. 7 chapters and a whole lot of passion went into my very first cookbook ... #SomethingsCooking lands on shelves in all leading book stores 27 November. RSVP for the JHB and CT launches on my Facebook page. Bless you all 🙏🏼 pic.twitter.com/UxWXB858dq

Through the Eyes of an African Chef by Nompumelelo Mqwebu

Jam-packed with indigenous recipes delivered with a twist, Mqwebu’s cookbook is a great way to connect, and cook, with local flavours.  Along with recipes for amadumbe salad, chamolia in peanut sauce, and samp risotto, Mqwebu includes handy storage tips and even teaches you how to make butter. If you want to start discovering more food from home, this book recommended by Tee is a great way to go.

Working on #MKRSA for weeks, we decided to add our two cents’ worth…or should that be two teaspoons' worth?

Here are our foodie must-reads.

The highly-lauded chef, writer, and restaurateur Anthony Bourdain sadly took his own life this year, but his work and words will always endure and inspire. His bold memoir Kitchen Confidential is a hardcore look behind the scenes of the culinary world, buoyed by his undeniable passion for food. Never had oysters? This book will make you want them.

Jamie Oliver's Ministry of Food was a wedding gift that's stood the test of time. Our digital producer is still using it nine years later, honing her love for the kitchen and teaching her all about flavours. And she’s still married; so if you’re tying the knot why not add this foodie tome to your gift registry?

Please note: My Kitchen Rules SA will not air this Sunday. Instead, settle in for #MNet101's Nelson Mandela Special.

Viewers can watch exclusive interviews with the #MKRSA judges and contestants here.