7 Mind-blowing Facts About The Revenant

News
17 January 2017
Learn about the making of The Revenant.
Subscribe To Watch

Based on the novel of the same name by Michael Punke (which, in turn, is based on the true story of 19th century American frontiersman Hugh Glass) The Revenant will go down in cinematic history. Visionary direction, outstanding performances and breathtaking cinematography are just some of the reasons this film will be remembered; but there are several other reasons and records that make this film one to be remembered. Check it out below.

Not only were Korean director Chan-wook Park, Australian John Hillcoat and Frenchman Jean-François Richet all considered to helm the adaptation before Mexican director Alejandro G. Iñárritu came on board, but Sean Penn had the role that eventually went to Tom Hardy. For his part, Hardy had to drop out of Suicide Squad due to ongoing delays during The Revenant’s production.

As for Glass: Samuel L. Jackson and Christian Bale were both in line to play the main character at one time. Leonardo DiCaprio, meanwhile, was being considered for the title role in the Steve Jobs biopic – a role that eventually went to Michael Fassbender. At the 88th Academy Awards, in 2016, DiCaprio and Fassbender were both up for Best Actor (as Glass and Jobs, respectively), and we all know how that ended (if you don’t, you’ll find out by the end of this article). 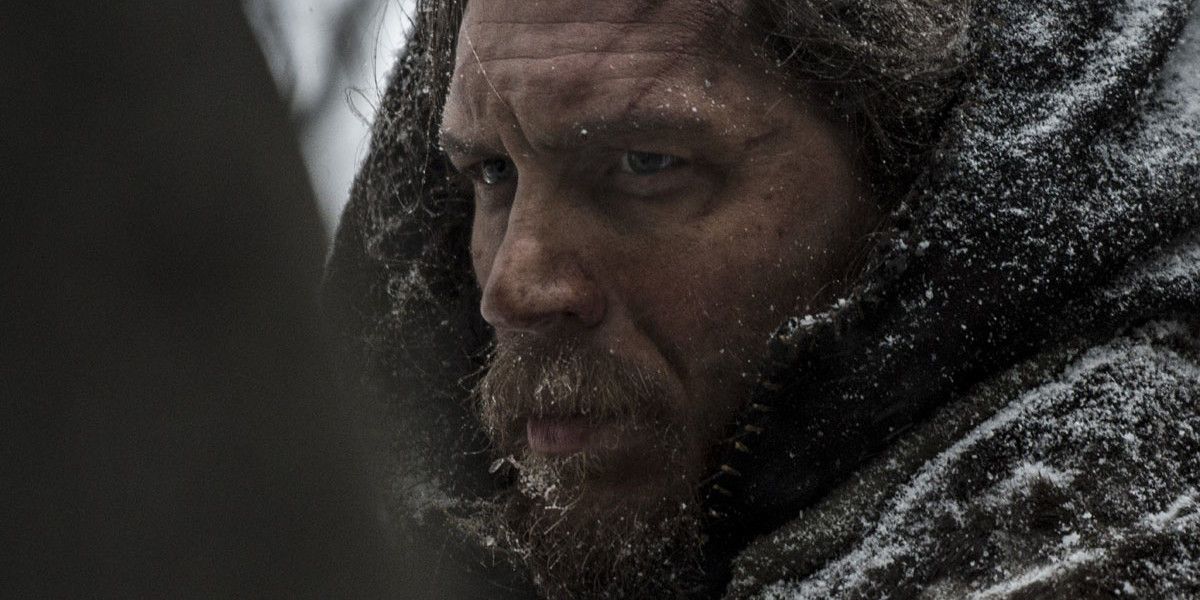 Nominated in twelve categories at the Oscars in 2016, The Revenant was the most nominated film at that year’s ceremony. However, before all the awards’ buzz started, it was the movie’s famous bear scene that got lips flapping. Although both the book and screenplay take liberties with the historical accuracy of Glass’s tale, the traumatic bear attack really did happen. To portray the nightmarish scenario, DiCaprio obviously didn’t muck about with a real bear – instead he was violently yanked about by cables to portray the physical horror of the attack. But he wasn’t the only one suffering: the bear was played by a stuntman and between him and DiCaprio the two endured a harrowing sequence of choreography, often becoming entangled in the wires, in order to portray the attack as realistically as possible. 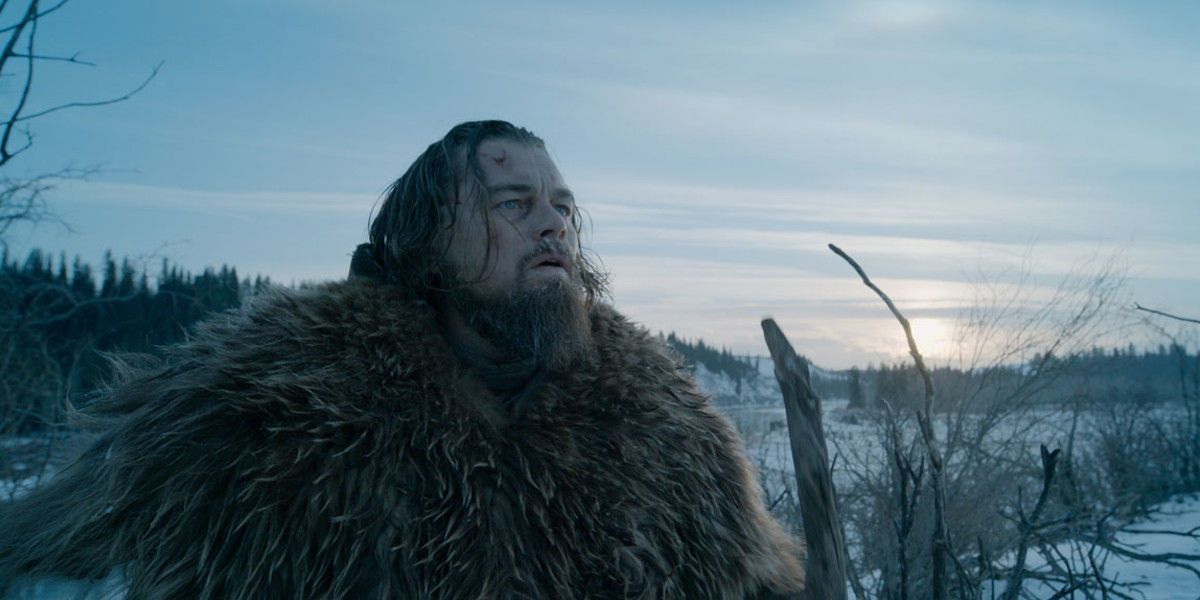 In addition to the bear scene, another popular talking point was DiCaprio’s preparation for his role as Glass. Taking on the role of the famous frontiersman involved all manner of challenges for DiCaprio, both old and new. He ate raw bison liver, endured freezing cold shoots, and had little dialogue, challenging him to portray most of his character and emotion purely through physical expression. Of course, the other actors also had to battle with the extreme cold and, like DiCaprio, were tasked with learning to throw an axe. However, DiCaprio had the upper hand, having already picked up the skill while filming Gangs of New York. 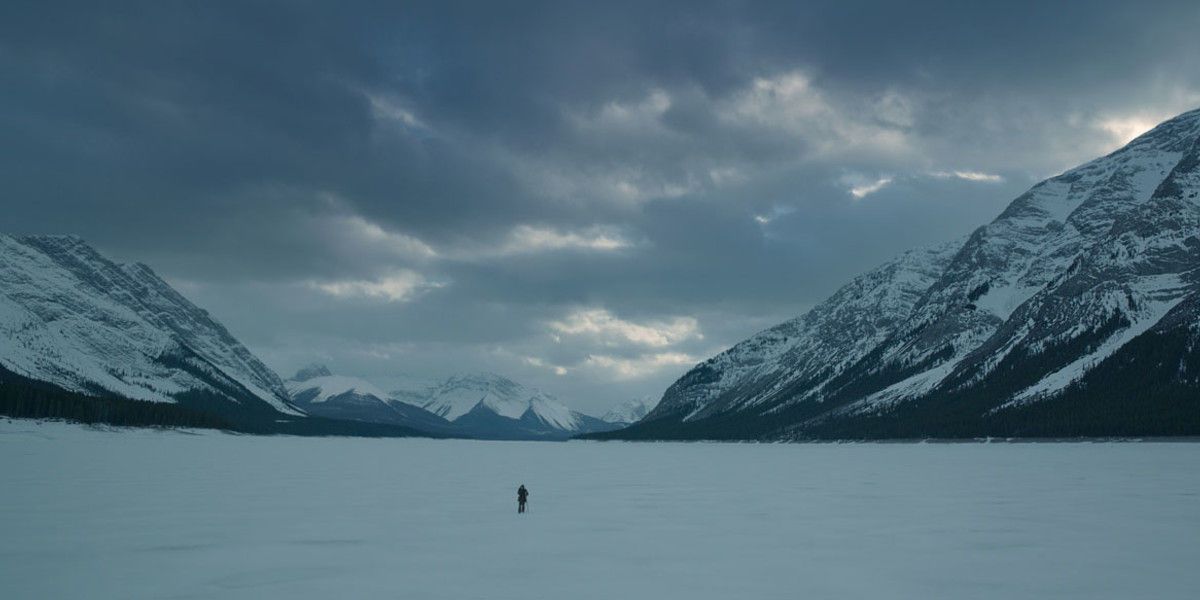 When he’s not making movies DiCaprio is an ardent environmentalist. Focusing on climate change, the latter subject was prescient during the shooting of The Revenant. Filming in Calgary, Canada – its snowy vistas and freezing climes an ideal stand-in for the frozen beauty of the American West – the cast and crew eventually had to move production to southern Argentina. Calgary was experiencing its warmest winter in 35 years; with snow melting faster than anticipated, it left the production with the wrong backdrop for its story, forcing the filmmakers to find a new location.

Watch the video below as Alejandro G. Iñárritu discusses becoming submersed in nature for the film.

Thanks to Iñárritu’s meticulous methods and uncompromising dedication during filming – he refused to use green screen and only used natural light – the director scooped up plenty of acclaim.  But before the director, and everything else about the film, started scooping up praise (and more than a few awards besides) the cast and crew endured a tough and unrelenting shoot, battling not only with unpredictable weather but a tenacious director as well. Several people left the film (some were fired) and Hardy lost his cool completely, throttling Iñárritu as a result. Luckily, everyone was a good sport about it: so good, Hardy had the image of his tantrum imprinted on T-shirts and handed out to the crew. 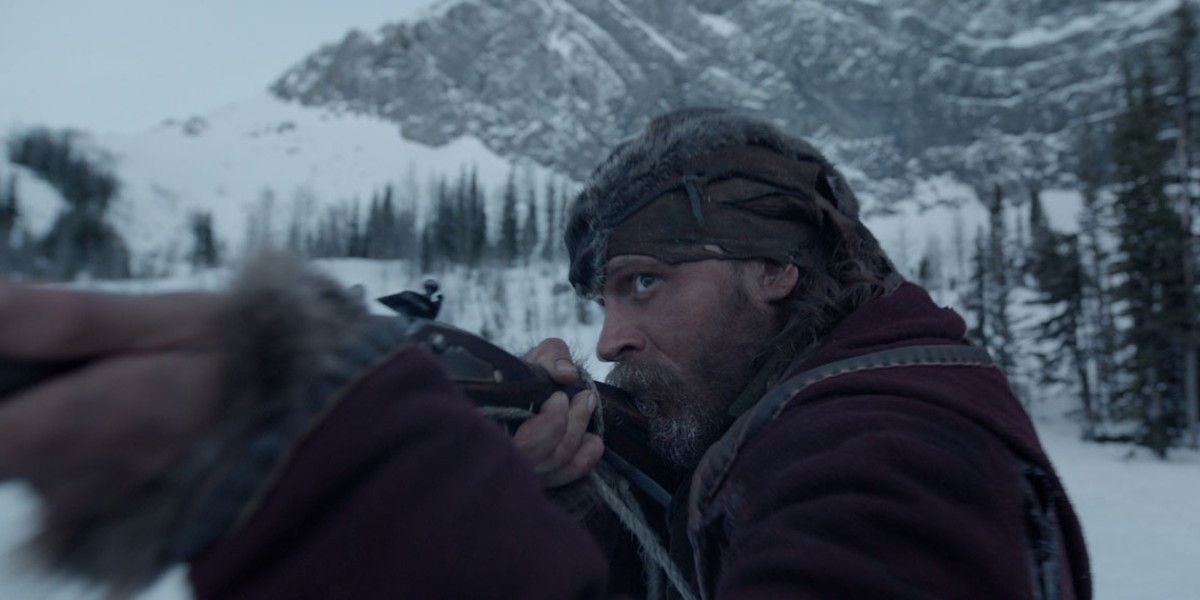 Despite being nominated five times at the Academy Awards, it wasn’t until his sixth nomination, in 2016 for The Revenant (22 years after his first nomination), that DiCaprio finally bagged an Oscar. However, being continuously nominated without winning is hardly anything new – the actor with the most nominations without winning is Peter O’Toole, who received eight nominations in his lifetime. In 2003, he was eventually awarded an honourary Oscar. The overall record, however, goes to soundman Kevin O'Connell, who has been nominated 20 times and still hasn’t won.

Nevertheless, DiCaprio's fans were irked that the talented actor was never nabbing gold; but the biggest reason it became “a thing” was because of its pop cultural place on the world wide web. For years, countless memes bounded across the Internet about DiCaprio being “always the bridesmaid and never the bride” when it came to the Oscars. Last year, meme makers everywhere had to look for a new subject to riff on when DiCaprio finally won his long-deserved statuette, brilliantly capping the occasion with his poignant acceptance speech. Watch it below.

Continuing the Oscar glory was the film’s director, Alejandro González Iñárritu. Not only did he win Best Director for The Revenant, he also became one of only three directors in the awards’ history to win the Best Director award in consecutive years (the other two being John Ford in 1939 and 1940, and Joseph L. Mankiewicz in 1949 and 1950). In 2015, Iñárritu won Best Director at the Oscars for Birdman. 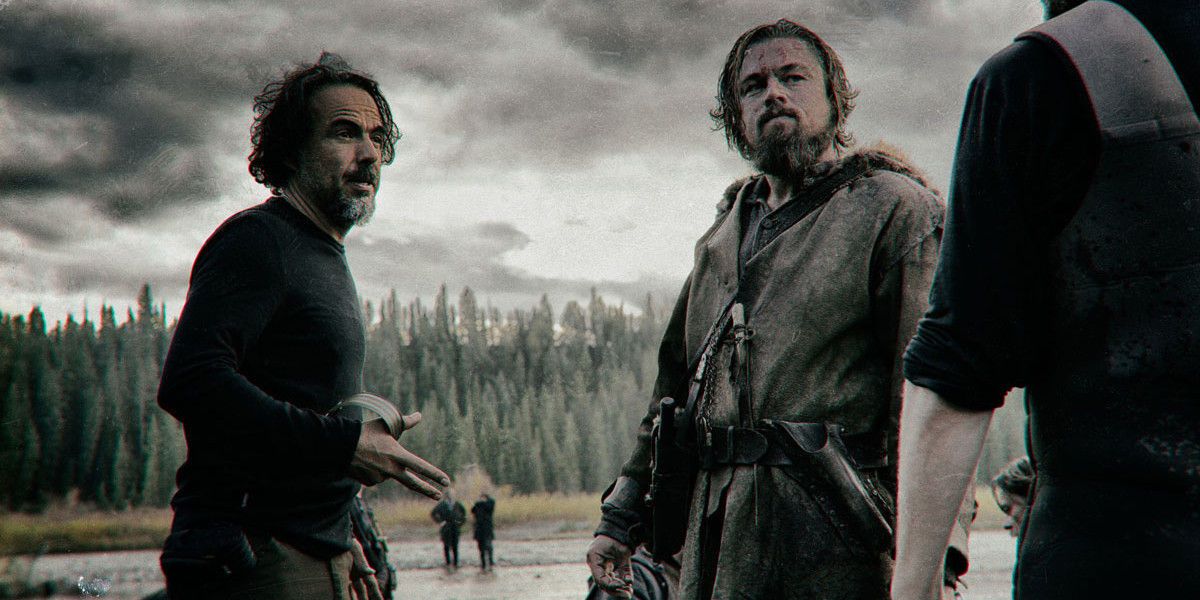 Watch the glorious result of all this hard work in The Revenant, your Sunday night movie on 22 January at 20:30 on M-Net

Don’t think you can make it through this tale of survival? We’ve got two other selections for your Sunday night movie: the Dolph Lundgren comedy Kindergarten Cop 2 at 20:30 on M-Net Movies Premiere and the Roland Emmerich directed drama about the 1969 Stonewall riots, Stonewall.

Video
Monkeypox: The facts
𝗧𝗵𝗶𝘀 𝘀𝘁𝗼𝗿𝘆 𝗼𝗿𝗶𝗴𝗶𝗻𝗮𝗹𝗹𝘆 𝗮𝗶𝗿𝗲𝗱 𝗼𝗻 𝟯 𝗝𝘂𝗹𝘆 𝟮𝟬𝟮𝟮. With two cases at home, and a steady climb in the numbers across multiple continents, monkeypox is on scientists’ radars globally. But what do South Africans need to know and do about this new outbreak? The National Institute of Communicable Diseases says this is the largest monkeypox outbreak, and the first to hit multiple countries at once, with the total number of cases worldwide approaching 5000 since May 2022. Carte Blanche investigates the symptoms, disease progression and treatment of this virus.
Video
Mind over matter
𝗧𝗵𝗶𝘀 𝘀𝘁𝗼𝗿𝘆 𝗼𝗿𝗶𝗴𝗶𝗻𝗮𝗹𝗹𝘆 𝗮𝗶𝗿𝗲𝗱 𝗼𝗻 𝟮𝟮 𝗠𝗮𝘆 𝟮𝟬𝟮𝟮. At 14 years old, Amy Martin began to experience weakness and difficulty moving the left side of her body. A neurologist confirmed a devastating diagnosis: Juvenile Pilocytic Astrocytoma – a rare brain tumour affecting children. An operation to remove the tumour left her suffering from severe epilepsy and unsure whether she’d ever regain full mobility. By her early twenties, and after two more brain surgeries, Amy had four titanium plates and 16 titanium screws in her skull and was missing about a quarter of her brain. But she didn't give up, turning her gaze towards the future and enrolling at Stellenbosch University. In April this year, Amy graduated with a PhD in ancient cultures - a thrilling climax for the woman with just 75 percent of her brain.
News
Fact or fiction? Five things about Midway
The crazy truth and downright bogus.
News
8 Fast Facts about Jennifer Garner
Get to know the star of your Sunday night movie.