Don’t miss the New Football Season on SuperSport on DStv and GOtv. Join in on the excitement and while you’re on the move, you can stream matches on the DStv App. 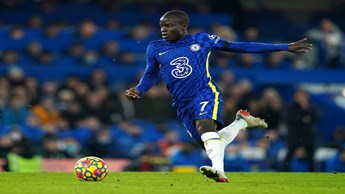 SuperSport viewers on DStv and GOtv can look forward to quarterfinal action from the FA Cup, with matches scheduled to be played on Saturday 19 and Sunday 20 March 2022.

DStv and GOtv is the only true home of football in Africa, offering a range and depth of action that no other rival can match – it’s literally ‘Unbeatable Football’! If you’re going to spend your money on something, it may as well be on the best football in the world.

The FA Cup has produced some thrilling upsets thus far in 2022, and second-tier Middlesbrough will be hoping to continue their incredible run. Boro have already put out heavyweights Manchester United and Tottenham Hotspur – this weekend they will have the chance to come up against Chelsea at the Riverside Stadium.

Manager Chris Wilder will hope his side can overcome the Blues and advance into the semifinals – though he knows the odds are stacked against his charges. “Chelsea are a world-class team with a great manager, they are going to be the toughest test we have faced at any point this season,” said Wilder. “But with home support behind us, a little bit of luck and the magic of the FA Cup... anything is possible!”

There are two all-Premier League ties, with Crystal Palace and Everton meeting at Selhurst Park, with both sets of fans desperately craving a trip to Wembley, while Southampton will welcome Manchester City to St Mary’s Stadium.

Saints manager Ralph Hasenhuttl is hoping that their cup run and solid form in the Premier League convinces key players such as James Ward-Prowse and Mohammed Salisu to remain with the club.

“I think we have now a situation which is a very good learning atmosphere here at the moment, everybody improves, everybody has a positive effect. This is not something normally naturally given in this business,” said the Austrian.

“You have tough moments and we also had those here, where it is not so nice to be in this club. But at the moment you can feel that the team is growing and we are in a very good flow I think. That doesn’t mean that super-talented guys have to stay with us for the next 10 years. Everybody is ambitious and wants one time in his life to come to a top club.”

The quarterfinals also feature EFL Championship club Nottingham Forest hosting Liverpool. The Reds, after winning the Carabao Cup last month and keeping themselves in the fight for the UEFA Champions League and Premier League, need to win this clash to keep alive hopes of an unprecedented quadruple.

“No team in the history of English football has won the quadruple, right? That is because it is incredibly difficult,” said manager Jurgen Klopp. “The only team who could get it is us because we won the first final but even City, with all the quality they have in the last years, couldn't win the quadruple.”

No rival can compete with SuperSport’s coverage. Our viewers on DStv and GOtv enjoy an unrivalled selection of football from around the world!

Don’t miss the New Football Season on SuperSport on DStv and GOtv. Visit www.dstv.com and www.gotvafrica.com to subscribe or upgrade, and join in on the excitement. And while you’re on the move, you can stream matches on the DStv App.

Embrace Something New With DStv This March

News 07 March 2022
Embrace Something New With DStv This March

Get ready for new and exciting things to hit your screens this March! DStv is the home of your favourite entertainment and the prime spot to discover an even wider range of shows and movies.