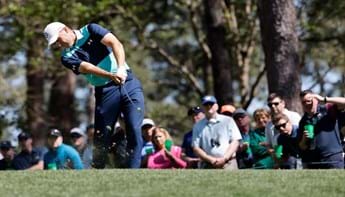 The PGA Championship was first established in 1916 and was formerly played in mid-August on the third weekend before the United States’ Labor Day weekend, serving as the fourth and final men's major of the golf season. Since 2019, the tournament has been played in May on the weekend before Memorial Day, as the season's second major following the Masters Tournament in April.

The reigning champion is American Phil Mickelson, who won the tournament for a second time in 2021 when he shot 282 (-6) to take the title by two strokes ahead of compatriot Brooks Koepka and South African Louis Oosthuizen in South Carolina.

Mickelson is expected to be present at Southern Hills to defend his title, while long-time rival Tiger Woods may also participate. Woods, who nearly lost his right leg in a single-car accident in Los Angeles early last year, returned to competition at the Masters Tournament at Augusta last month.

He started strongly, but faded fast, with his limp becoming ever more pronounced. “I don't quite have the endurance that I would like to have had,” Woods said at the Masters, “but as of a few weeks ago, didn't even know if I was going to play in this event.

“To go from that to here,” he continued, “we're excited about the prospects of the future, about training, about getting into that gym and doing some other stuff to get my leg stronger, which we haven't been able to do because it needed more time to heal. I think it needs a couple more days to heal after this, but we'll get back after it, and we'll get into it.”

One of the rookies to watch at the PGA Championship will be Jesse Mueller. The Arizona State University product and golf director at the Grand Canyon University course won the PGA Professional Championship last month – with his wife as his caddie – and earned qualification for this weekend’s major tournament.

“Some of the pressure’s off. It’s not my livelihood to play, so it’s more of a bonus,” he said. “I’m still working on it, practising, but I might be a better player now than I was when I was playing full-time.”

His wife Jessie added, “It’s been a roller-coaster, for sure. But he’s a phenomenal player, and I know that. The key was just to keep things going and have his game working at the right times, which he did this week. I’m really, really proud of him.”