News
02 April 2020
We know you guys are already missing Ultimate Love just as much as we are!  So, we thought we should throwback to some of the most dramatic moments that Aunty’s Love Guests gave us during their stay in her Pad. Everyone, and we mean EVERYONE, gave us a dose of their own wahala.
Subscribe to Watch

From Uche’s early exit to David Wilson’s blatant dishonesty, let’s have a look at some of the moments where our Love Guests left us thinking "Chai!”

Uche was one of the new Love guests that Aunty added a week into the show. He came in with Jerry, Syliva, and Presh Talker and immediately they shifted the dynamics of the game. He ended up with Chris through the pairing process and was visibly unhappy with it. He was so unhappy about it that he willingly checked himself out of the Love Pad after sleeping in it for only three nights.

Rosie gave us one of the most memorable moments of Ultimate Love Season one. She launched at David Wilson accusing him of playing with her heart. This after named Presh Talker as his first choice instead of her when it became time to couple up. Her display of raw emotions reverberated in Aunty’s Love Pad as well as on them Twitter streets.

Related to the above, is David Wilson’s questionable move when he, with a straight face, looked at Obichukwu and said that Rosie was his number one choice when he knew very well that Presh Talker topped his list. “Yes…I’m serious,” added David Wilson after Obichukwu asked him “are you telling me Rosie was your first choice?”

His list had Presh Talker, Rosie and Nkechi, in that order. 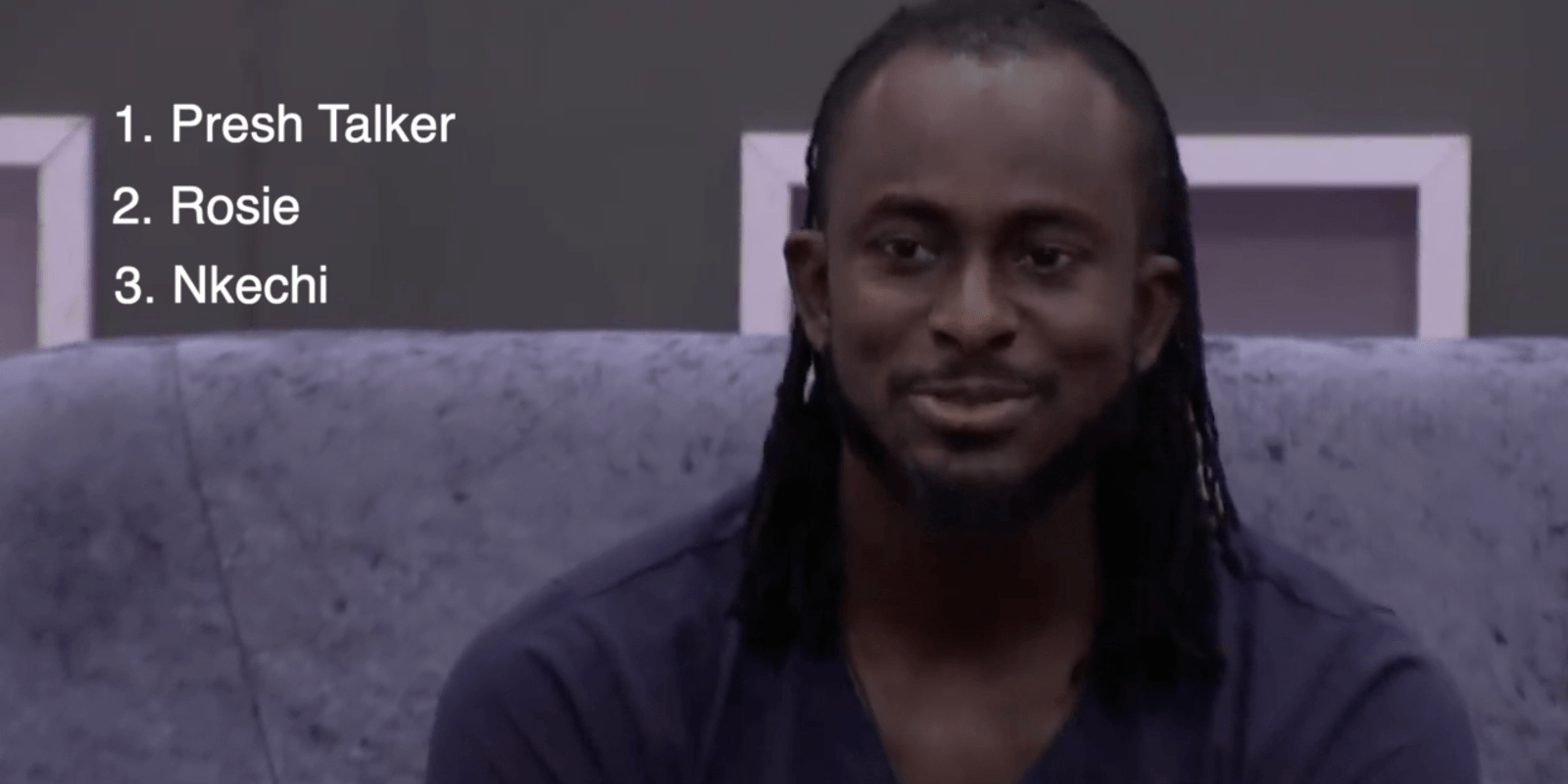 Sylvia wasn’t trying to have Rosie rock the Chivia boat. Sis was quick to call Chiddy Bankz to order after she felt that he was getting way too cosy with Rosie at one Friday night party. It was hardly an isolated incident as the two shared some form of connection from their initial meeting at the show’s auditions.

Kudos to Chiddy Bankz who heeded his madam’s call and shifted his gaze from Rosie to focus solely on her.

There are more dramatic moments from the season in the video below, take a look:

Are there other dramatic moments that you saw on Season one of Ultimate Love? Let us know on our Facebook Page, on Twitter through the hashtag #UltimateLoveNG or you can also get immersed in our Instagram stories and on our timeline. You can also revisit some of the best Ultimate Love moments here.