The last Episode of the Blind Auditions aired last night and it didn’t by any means pale in comparison to the other previous five Episodes. All the Talent brought their A-Game as to be expected, however; no one expected Timi Dakolo to break the rules and add an extra 13th Talent to his Team.

@thevoicenaija Timi said the sisters have an advantage because they are two (to discourage other coaches)then ends up choosing them!😆

I'm waiting to see how this plays out #TheVoiceNigeria @timidakolo the rule breaker.

However, one sure fire thing to be expected though was the support and clamour on Twitter from the avid fans and followers of the hit singing talent show; a support mirrored on the timelines which ensured that the show maintained it’s now usual no.1 trending spot in the country. 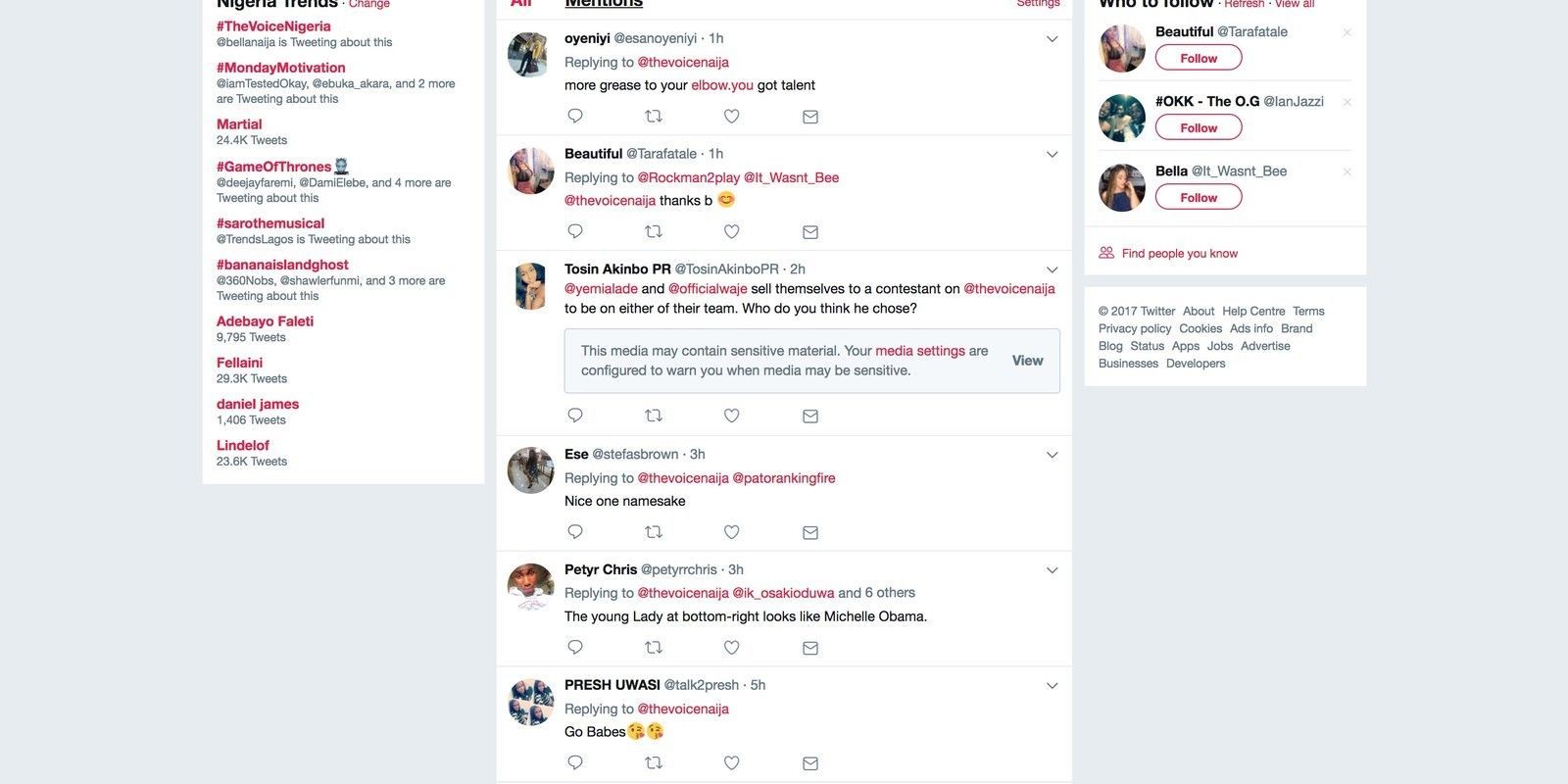 As usual, it wouldn’t be fair not to check out a cross section of the fans to see what they are talking about, and to see to whom their support lies.

@OfficialWaje was fortunate to get that last guy. #quality. He makes the team strong. @thevoicenaija

However way you choose to look at it, as long as the Show broadcasts every Sunday, newer talking points will always be created and the loyal tweeps will always have their voices heard…and their tweets read.

Video
Mary get's a better catch – DMF Nigeria
After an initial rejection from one of her prospective dates, Mary finds a great catch who complements every bit of her.
Video
Mohammed vibes gets him the girl – DMF Nigeria
Mohammed spits fire bars and in this episode of Date My Family Nigeria, his romantic bars and smooth vibes wins him Carol's heart.
Video
The Voice Nigeria season 3 on AM
Watch the third season of The Voice Nigeria on AM Showcase, Urban or Family on Saturdays at 8 pm, and see who gets our superstar coaches turning.
Video
Old Mutual Amazing Voices returns for a second season
Choirs from across the African continent compete to win the grand prize $100 000 and be crowned the winners of Old Mutual Amazing Voices.