News
18 September 2017
As it has now become the norm, the 4th Live Show was a tweeting success
Subscribe to Watch

The beginning of the Semi Finals Show was like a silent buzzer going off in the heads of the fans as it seemed everyone had their phones out on the ready to share the highpoints of the Show on their timelines. One unmissable fact is that the fans and viewers tweeting about the Show almost certainly guarantees the Show ending the night (and sometimes, the next couple of nights too) as the top trend in the country. 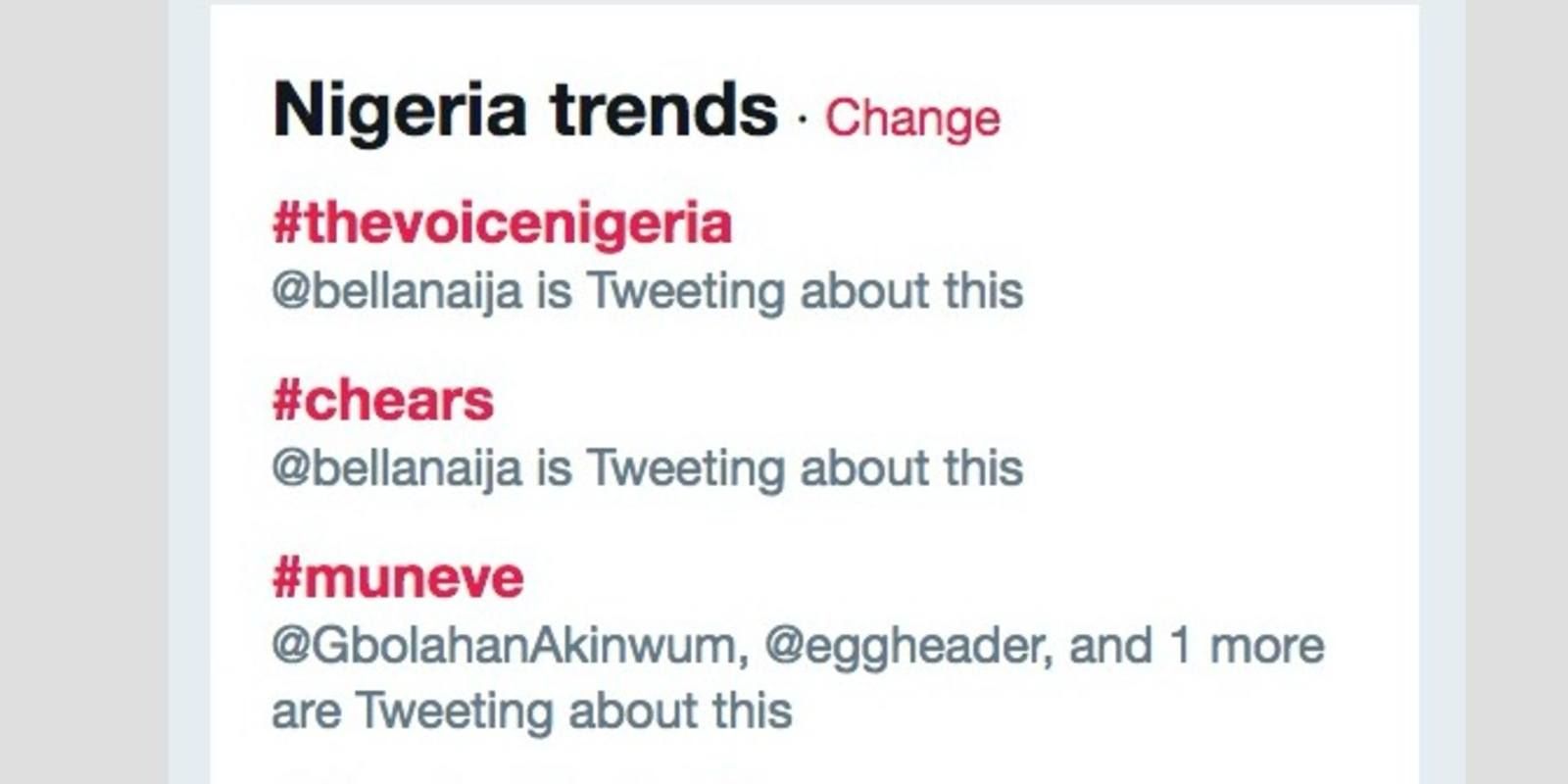 Not discounting anything from the caliber of people who watch the Show, it is always key to note who’s paying attention to the Show and talking about it. Some people have actually gone ahead with their personal predictions for how the Show’s finale will play out, and as na the fans dey yarn, we nor get choice but to hear dia mata.

Ebube and Jahtel for the night. AMAZING!

What a way to wrap up #TheVoiceNigeria

A cross section of fans have already identified their personal favorites and have been throwing their weights, voices and Votes (or promises of Votes thereof) behind these firm favorites; evident in their posts.

You killed it last night.. blessings fall on you and your talent

@i_am_lordwow Enugu in particular is behind you.

Though the Show is primarily about the Talent and singing, our Coaches play a significant role in raising and maintaining the energy levels of the Show, and we see the fans who are showing them some love. We also see some tweeps who take out time to Show their love for the Show, albeit in their own unique ways.

Great performances tonight #bigups to all the contestants on @thevoicenaija Nigeria deserves you, all the best in the future. 😘

At the Finale Show this Sunday we shall undoubtedly see a winner get crowned but in order for that to happen, the Top 8 will need all the Votes they can get from you their fans in order to achieve their objectives.

Video
It's dating season – Date My Family
Date My Family Nigeria Season three is back and 13 bachelors and bachelorettes are about to find their soulmates just as soon as they scale the hurdle of dating their families.
Video
Chemistry at its peak – Date My Family
Maryanne minced no words as she told the families of her potential dates what she wanted in a man. Kunle did not only meet her expectations, but the chemistry they shared on the first date left Maryanne wanting much more.
Video
The Voice Nigeria season 3 on AM
Watch the third season of The Voice Nigeria on AM Showcase, Urban or Family on Saturdays at 8 pm, and see who gets our superstar coaches turning.
Video
It’s a sing or sing situation! – Amazing Voices
The groups are paired and tasked with blowing their opponents out of the water by arranging their chosen songs and performing, all in a space of 15 minutes