News
09 August 2022
Reality TV kitchen shows could only dream of pulling off what the Level Up Housemates did today in the Kitchen.
Subscribe to watch

To cook food no dey easy o! Just ask the BBNaija Level Up Housemates who had to show off their skill in a Task that took place in the House this evening. The first part of their Task involved a little presentation that went well for everyone. Then came the second phase of the Task that got us at the edge of our seats. This phase involved the Housemates taking part in a relay cooking competition. Imagine the drama this caused amongst the Level 2 Housemates.😅

The second part of the Task involved a member of the different Teams starting the relay in the kitchen. Best buds Amaka and Phyna both started the relay for their respective Teams.

Ilebaye and Khalid took over as the second Housemates in the relay cooking Task. Phyna and Amaka went back for the next round of the relay. It was like they were the MVP of their various Teams.

There was a bit of panic when Bryann took over from Phyna for the next round but he managed to eventually balance himself. In all these the Housemates started raising their voices slightly to pass instructions to their comrades in the kitchen.

The relay continued with Kess, Ilebaye, Khalid and others taking turns. They were doing all these in a bid to make a 3-course meal of breakfast, lunch and dinner.

The presentation was another interesting moment. Team Arla butter came with a 3-course meal that had a drink that even the Teammates could not pronounce.😭 Pineapple Colada, Pina Colado? Nobody even know again.😂Amaka, Chizzy and Groovy somehow managed to wrap up the presentation before giving way to the next Team, the other Teams that followed included Team Lurpak Butter, who had a smooth presentation led by Hermes. 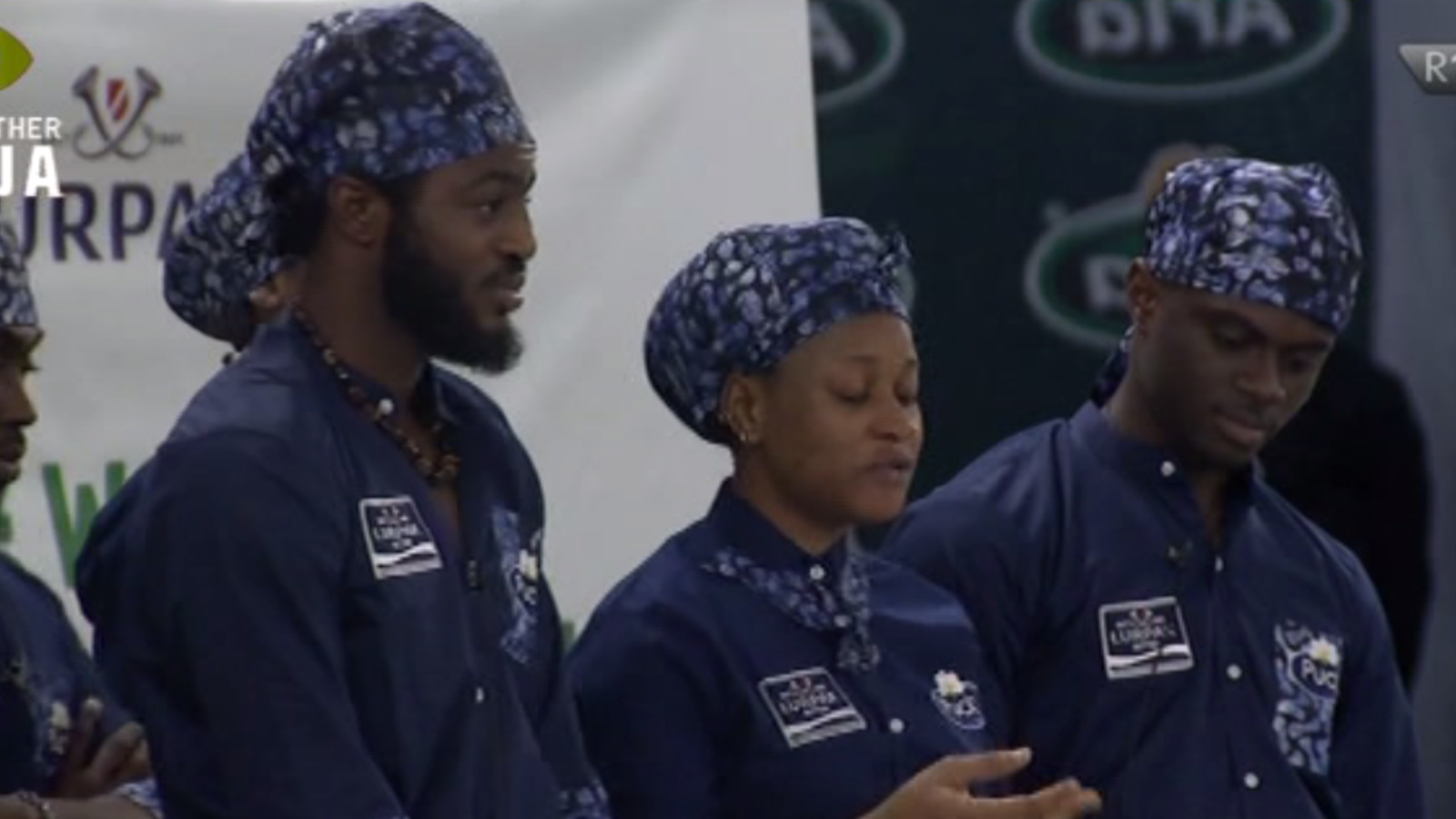 Tim Whip and Cook came and we had another dose of comedy when Phyna started chanting while Bryann was doing his presentation. He seemed distracted and eventually called on Phyna to continue. The presentation wrapped up with Team Cheese giving a suave presentation led by Adekunle.

Will this reality check help the Level 2 Housemates in the future? Let's wait and see.

Bryann, Groovy, Ilebaye, Khalid and Phyna have been Nominated and are up for possible Eviction. You have until Thursday 21:00 WAT/ 22:00 CAT to Vote for your favourite Level Up Housemate on Mobile, Web, and the MyDStv or MyGOtv apps. Watch the show live on the 24-hour channels 198 on DStv and 29 on GOtv. Fans across Africa and the UK can sign up on the streaming service Showmax. Make sure you don't miss anything from Biggie's world on our website and be part of the #BBNaija gist on Twitter, Instagram, Facebook, and TikTok. Season 7 of Big Brother Naija is sponsored by headline sponsor Pocket app and associate sponsor Flutterwave.

Video
Day 69: Bryann loses his cool with Rachel – BBNaija
"I cleaned this place for six weeks. I clean after you people every single morning, yet come here and be chatting nonsense to me," yelled Bryann at Rachel who called him out for the dirty Kitchen.
Video
Day 24: Fluttering across obstacles – BBNaija
Courtesy of Flutterwave, a Nigerian fintech company, both Level 1 and Level 2 Housemates competed in an obstacle relay game where team members played different roles to complete the obstacle course.
News
Day 18: All eyes on the ‘Kitchen Monopoly’ – BBNaija
Could we see changes in the kitchen soon?
Video
Day 34: A Kitchen concert – BBNaija
Some of the Shine Ya Eye guys gather up in the kitchen, dropping some bars during an impromptu rap freestyle session. Far from your TV? Stream #BBNaija now on the DStv App on any connected device!