News
09 August 2022
Who is liking who and who has been friend-zoned?
Subscribe to watch

We have all witnessed ships sail in both of the Level Up Houses and some take a sudden plummet. What we weren't ready for are the triangles that sprouted as other Housemates made their intentions known, despite potential ships forming between their interests and others in the House.

Day 5: An overview of potential Level Up ships – BBNaija

Allysyn vs Adekunle and Deji 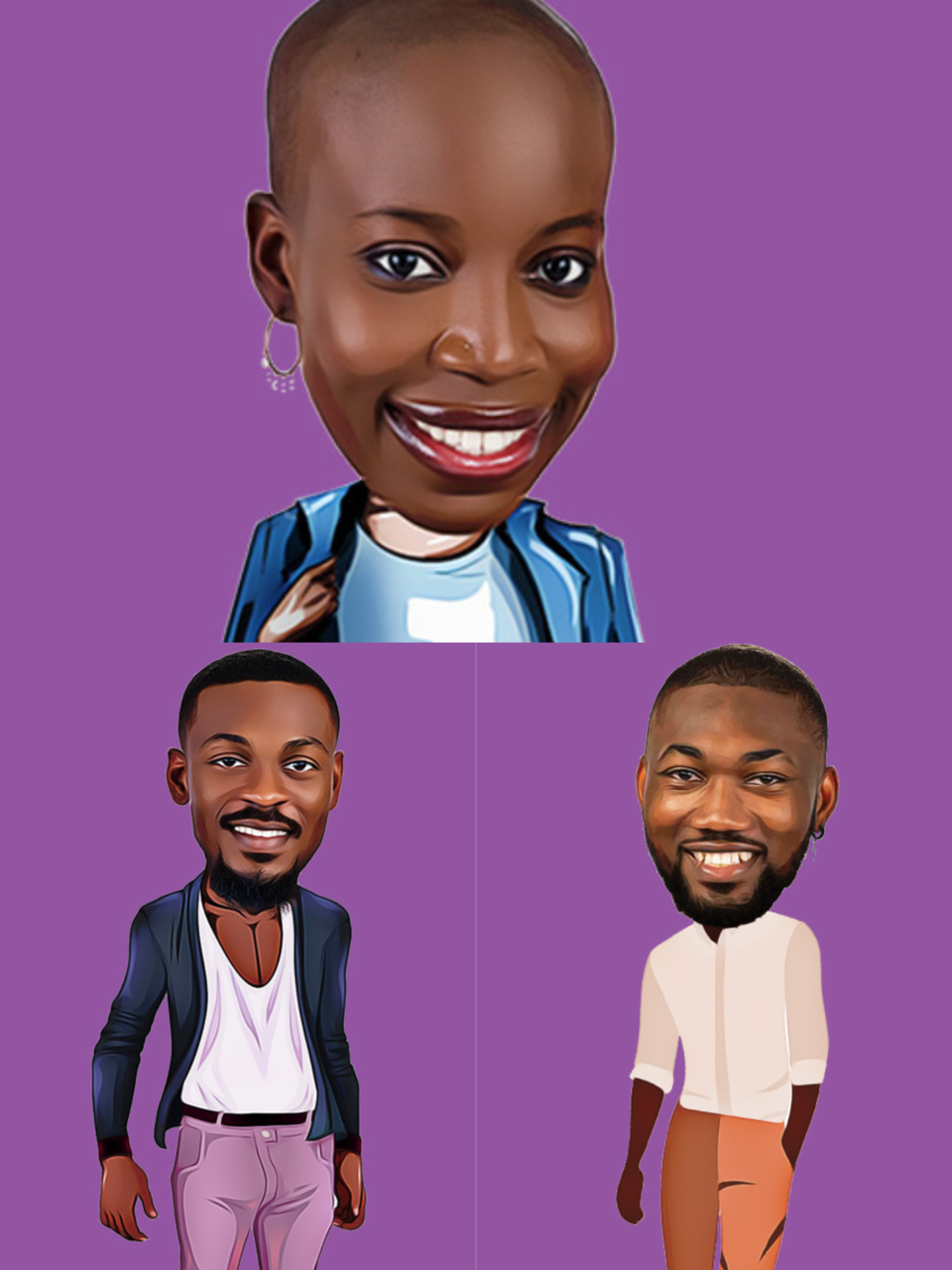 Just recently, HoH dekunle had his hopes dashed at being romantically involved with Allysyn as she outright friend-zoned him. There might still be some hope for Adekunle because while Allysyn was laying out the rules of engagement with him, she said that she would like to sit on his lap and even kiss him without it being considered as an advance on her part. All is yet to be seen though because Allysyn has her eyes on Fake Housemate Deji.

Amaka vs Giddyfia and Dotun 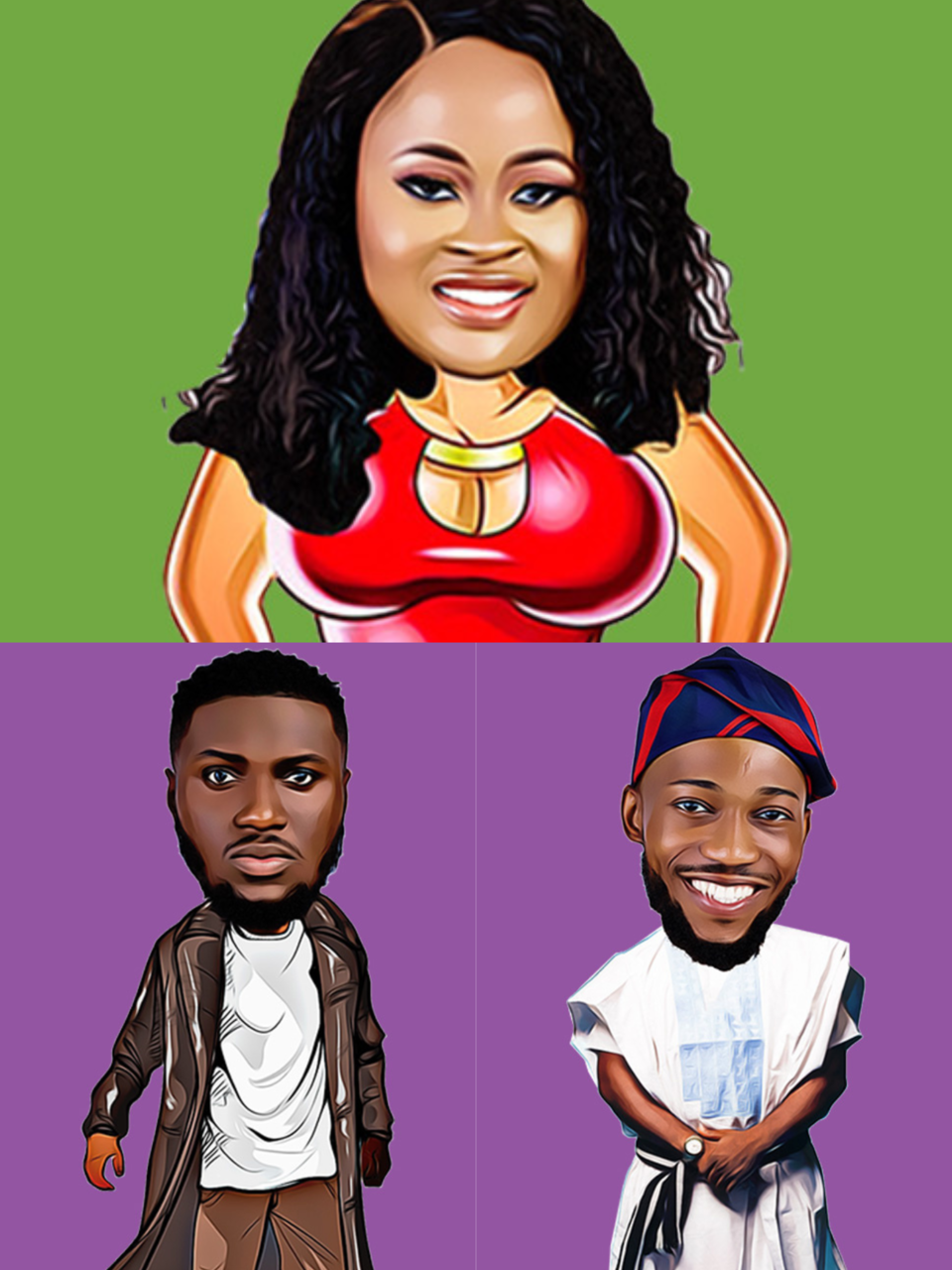 Amaka on the other hand was feeling like the belle of the ball during the last Saturday Night Party. She excitedly told Phyna and Christy O that both Giddyfia and Dotun from Level 1 have 'a thing' for her. Knowing Amaka though, one can never tell. Not even #BBNaija Host Ebuka could get the real tea out of her. "It's just cruise Ebuka, just cruise. You cannot figure me out," she quipped when asked about her frequently fluctuating crushes.

Bryann vs Ilebaye and Modella 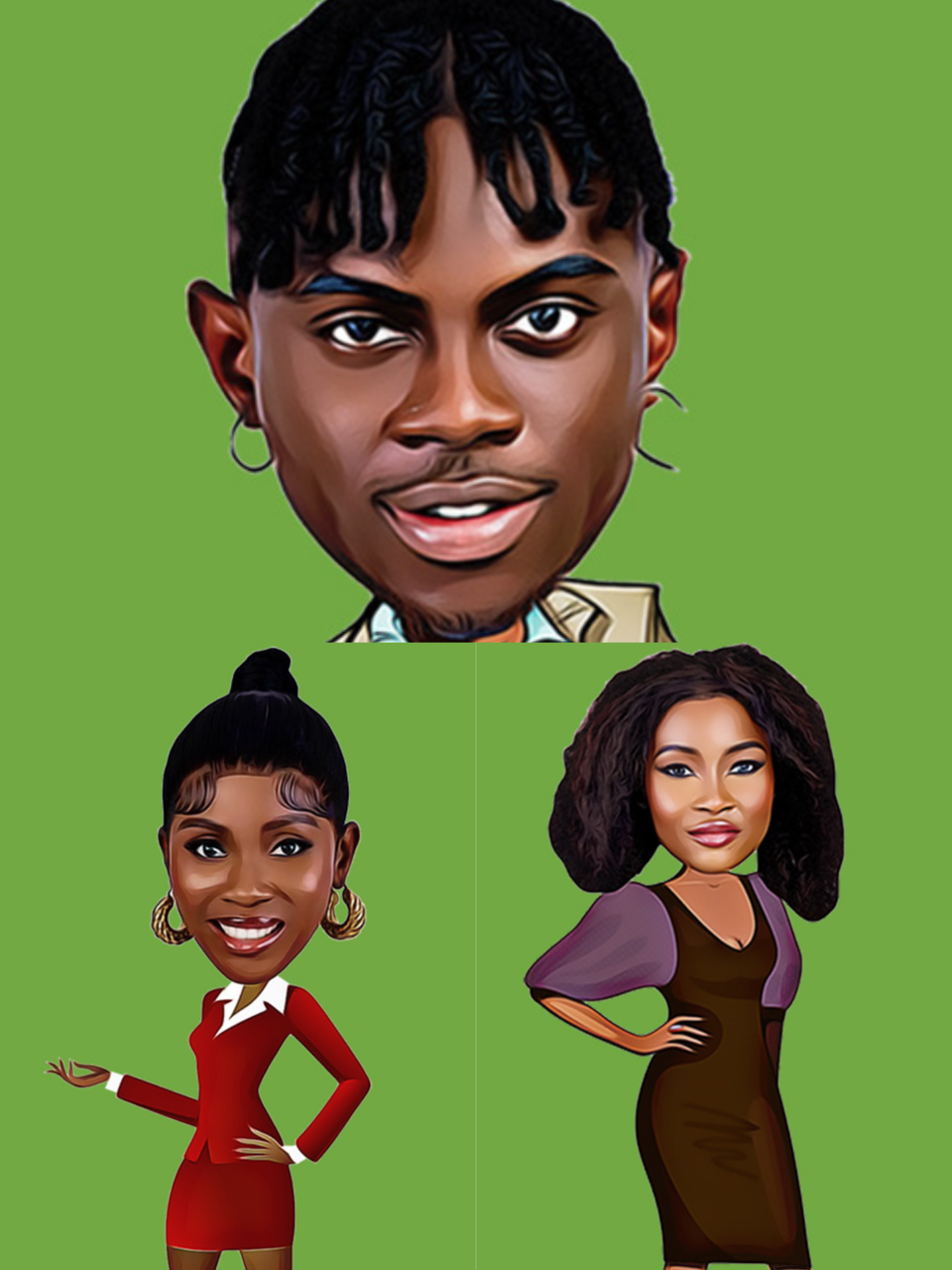 The ever-expressive Bryann has been one busy Housemate! He made his move on fake Housemate Modella, stating that he wants to be her man. Just as we were waiting to see how that dynamic will pan out, we were rocked by a passionate argument between him and Ilebaye.

Ilebaye was even heard yelling that she never liked Bryann and that being in a ship should not be forced. Could their blow-out be a result of tensions simmering under the surface that finally boiled over? We can't ignore the serious conversation that Ilebaye tried to have with Bryann during last week's Pool Party.

Eloswag vs Chomzy and Phyna 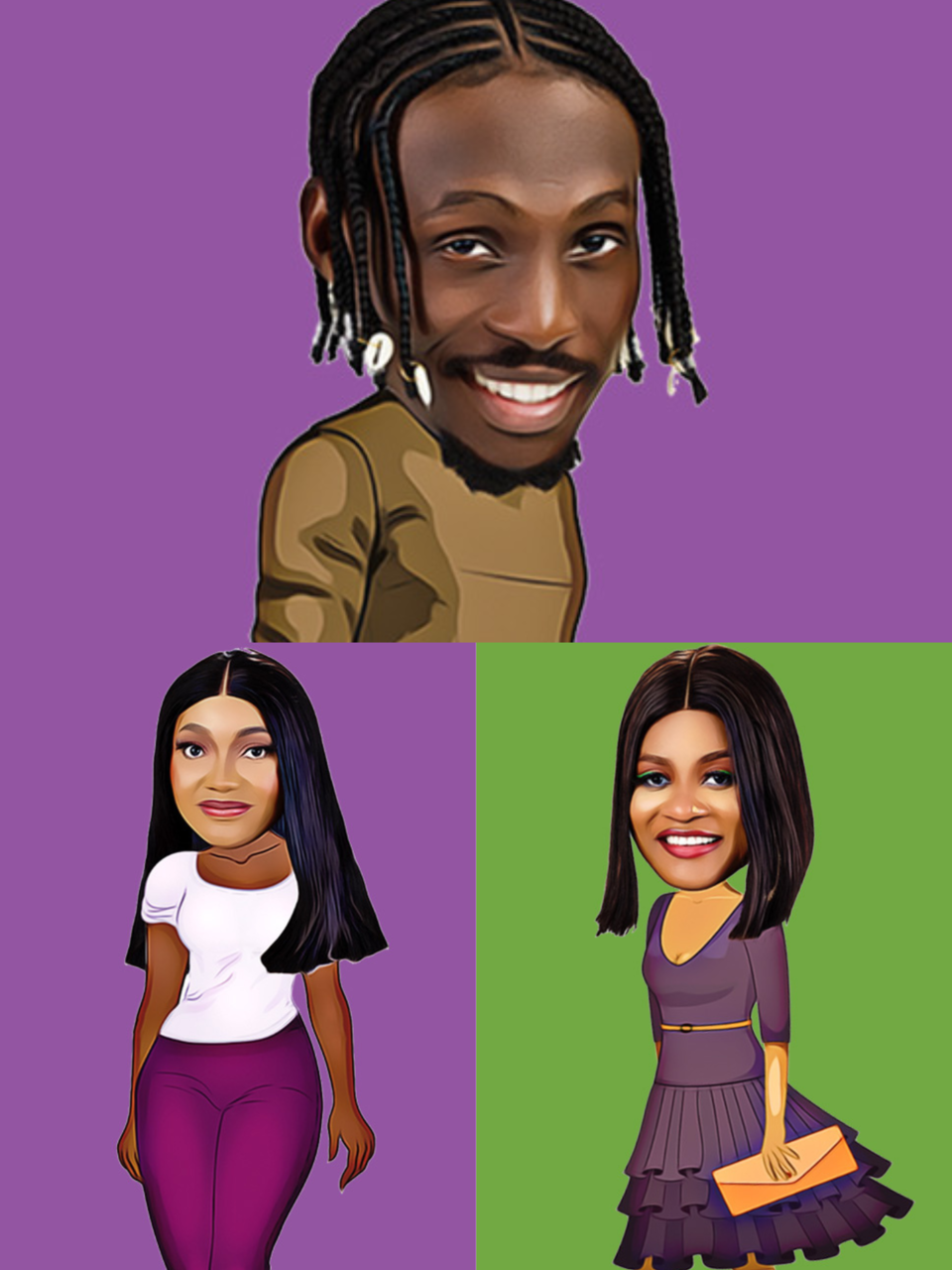 Eloswag, Chomzy and Phyna
The soft-spoken, yet vibey, Eloswag was in the most explosive triangle yet. He expressed his interest in his Levelmate Chomzy but this was before he met the fiesty Level 2 Housemate, Phyna. We even saw him lock lips with Phyna, something he paid dearly for from Chomzy and Bella as they kept taunting him about it. He finally made his choice and let go of Phyna but Chomzy had also made up her mind to stay away from him.

Chomzy vs Eloswag and Groovy

Things between Chomzy and Eloswag took a more serious turn as the pair were spotted on several occasions kissing and being cozy together. Of course, it wouldn't be Big Brother Naija without there being a spanner in the works. Groovy was once heard complimenting Chomzy over her looks while talking to his fellow Level 2 Housemates earlier on in the season. It's unclear whether this news reached Chomzy's ears but she revealed to Groovy that she admitted to her fellow Housemates about her feelings for him. It wasn't until the recent Level switch between Deji and Groovy that both Chomzy and Groovy addressed their attraction to one another after Groovy was heard telling his confidant Daniella that had he known he was going to be moved to Level 1, he might have reconsidered his ship with Phyna.

Allysyn vs Adekunle and Hermes

After Adekunle expressed his feelings for Allysyn to her, she decided to friendzone him. Allysyn was heard telling him that she would still like to vibe with him like maybe sit on his lap without it meaning anything. After putting Adekunle in the friend zone, Allysyn gravitated toward Hermes who had been hitting on her. The pair discussed their feelings for one another on several occasions, even delving into the polyamory topic since Hermes is attached to two partners outside of the House. In recent times, Allysyn and Hermes seemed to grow even closer as they even shared a passionate kiss after last week's Saturday Night Party.

Giddyfia vs Diana and Amaka

Giddyfia may have earned himself the title of playboy as dubbed by Amaka in a recent conversation with Phyna. After several advances on Diana, he finally won her affections as they spent the night in the same bed on the eve of last week's Saturday Night Party. The following morning Diana even prepared a cup of coffee for Giddyfia and the rest of the day went by with them serving copious amounts of PDA. Rachel, who seemed to be a factor in Diana's eyes where Giddyfia was concerned caused a major issue by simply hugging Giddyfia during the Saturday Night Party. Diana didn't take too kindly to this and blew off at Rachel which marked the end of her 'almost ship' with Giddyfia as the latter started detaching from her.

When the Houses merged last week Sunday, Amaka wasted no time in making her feelings known, not only to Giddyfia but to Diana. In a conversation that Amaka had with Diana, she asked about her's and Giddyfia's standing to which Diana assured her that nothing was going on between them. Diana proceeded to give Amaka her blessing saying that if she was interested in Giddyfia, she could go ahead and be with him.

Daniella vs Khalid and Dotun

One of the most buzz-worthy ships we have had so far in the Level Up House was between Daniella and Evicted Housemates, Khalid. The pair established a connection within the first two weeks since the season started and maintained a

News
Day 69: Daniella's "love" triangle – BBNaija
Early this morning, Bryann told Daniella he loved her and she reciprocated. Adekunle tried but she did not believe him.
Video
Day 59: The Shella ship and Giddyfia's love triangle – BBNaija
Ships are a hot topic in the House as Housemates discuss how the Shella ship formed, and Giddyfia's entanglements
News
Day 14: Level 2 did not take their Wager loss well – BBNaija
They felt that Level 1 didn't deserve to win.
News
Day 13: Level 1 wins their Weekly Wager – BBNaija
For the Presentation of the sport.