DMF Zambia: Thokoza Mhango. The date and the date

News
15 December 2017
Thokoza Mhango is coming out of a 2 year hiatus to get back into the dating scene. FYI; she likes them buff
Subscribe to Watch

On this week’s episode of Date My Family Zambia, our bachelorette is Thokoza Mhango, a 25 year old student, actor and singer who has been single for the last 2 years, all in a bid to rediscover herself. 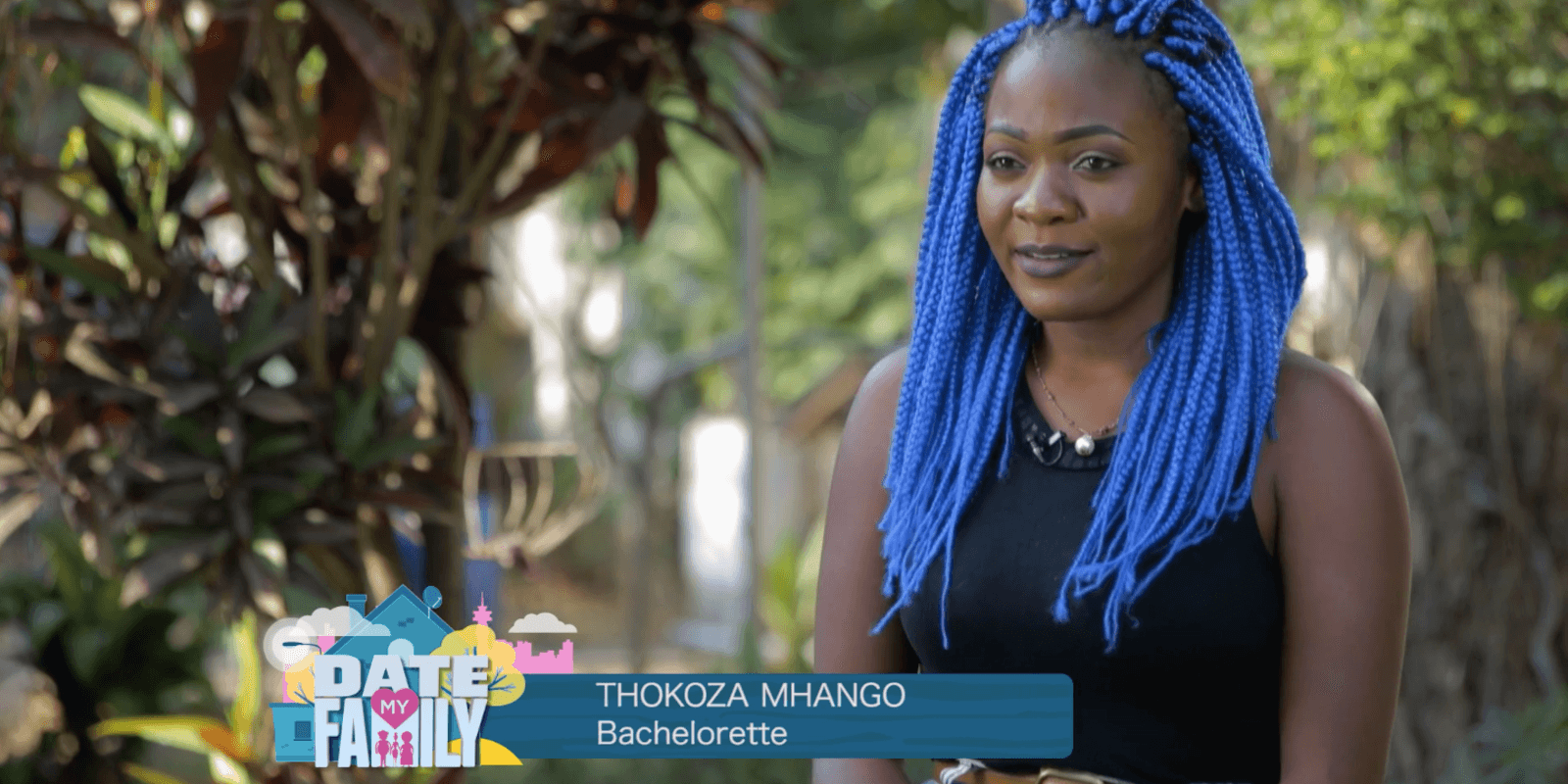 Ready to get back into the dating scene, she first has to go on dinner dates with the families of the three potentials lined up for her. First up was the family of Cosmas Nyedwa and we see our bachelorette immediately hit it off with the older brother of her potential date; albeit a little too flirty. Augustine Lungu’s family was next and the dinner date with his mom, best friend and aunt went almost sideways with the mom pulling out an e-cigarrete at the dinner table and offering it to Thokoza, which she declined. Amon Chanshi’s family was the third on the list and though they had a few reservations about our blue haired bachelorette, they ultimately embraced her differences and almost fell in love with her…for their brother. 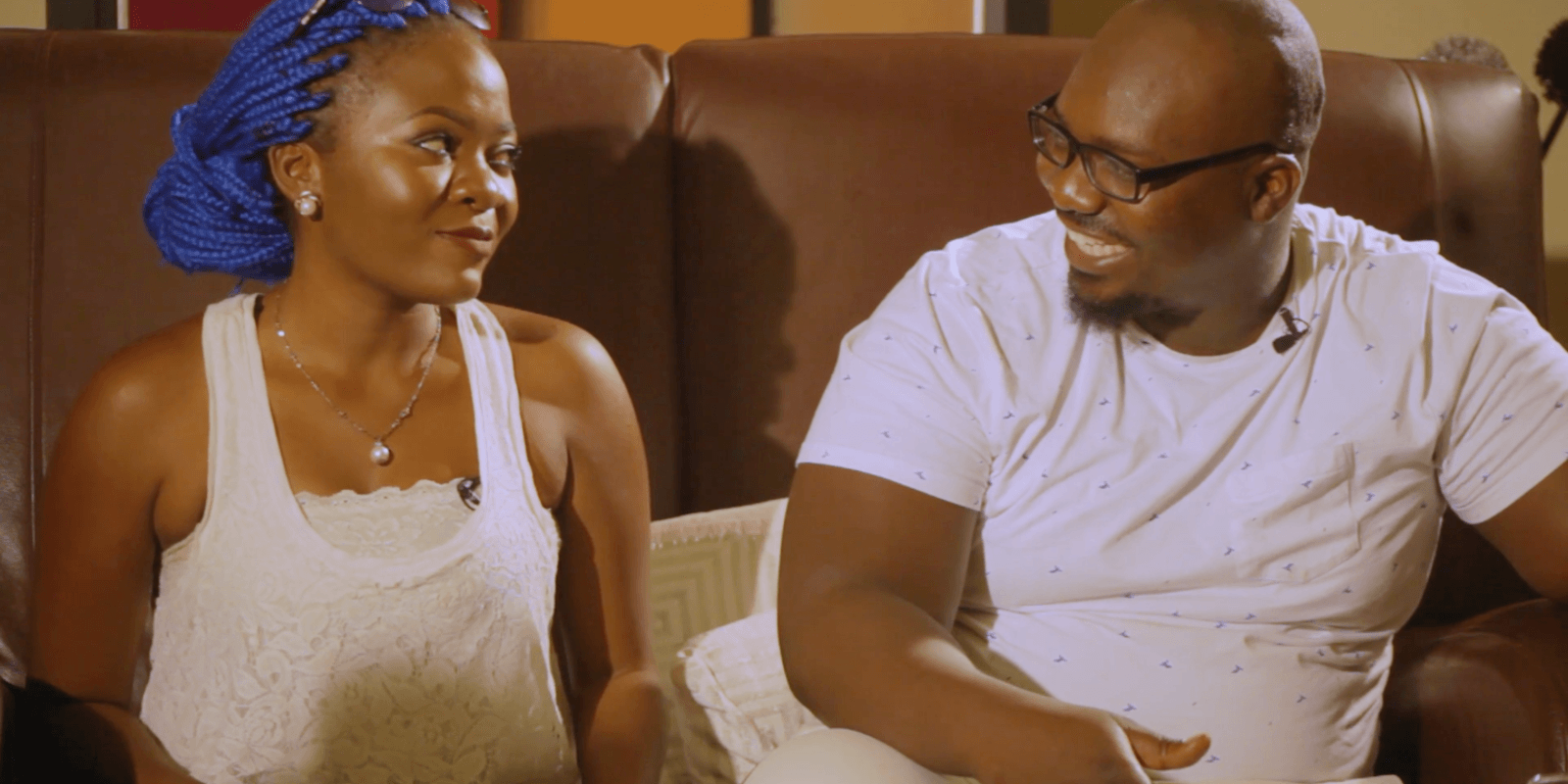 With all three dates done, it was time for Thokoza to pick her ideal date and her choice was a seemingly uninterested Cosmas, whose older brother had been very flirty with her all through the dinner date. With the dinner date between Thoko and Cosmas winding down, we slide off to out TL to see just what the tweeps had to say about the episode.

#DateMyFamilyZambia
You just got friendzoned by the guy you picked you wouldn't be in this position if you chose Amon pic.twitter.com/CgPKtqWMEf

These women should marry their sons . No person should be this judgmental not even the queen put Harry's wife under this much pressure 🙄#DateMyFamilyZambia

As we charge and recharge our phones in anticipation for next week's episode, let's all take another look at the images from the episode below.

Want to be a part of the Show? Then click here to fill out your details and the next episode of this dating reality show Date My Family Zambia could be featuring you.

Video
Exploring dating apps – My Family Wahala
DJ and Archibald create a fake account on a dating app to make some quick money meanwhile Mutembo discovers Kenya’s suggestive dating app profile thanks to Eva.
Video
DJ’s relationship tips – My Family Wahala
DJ takes it upon himself to give Suzika some relationship advice. In the same breath, DJ bumps into Anita and develops a big crush but Suzika will not let her friend entertain her half-brother.
Video
No-go areas – DMF Zambia
Straight caps, strippers and stereotypes about short men - the conversation and the date went to all the wrong places!
News
Date My Family Zambia had us Januworried
A review of the month of January in love