News
27 October 2019
The couple who have persevered and prevailed.
Subscribe

But back to 1990. Precious visited a hospital because she had an inflamed throat. "I was sick in hospital," she says. "I had tonsillitis. He saw a beautiful woman sitting there [who] couldn’t talk. I couldn’t even talk to the nurses."

And his world was never the same again. "When I saw her, that was love at first sight," he says. "Then I told myself, this one must be mine."

He helped her get the assistance she required but she could only communicate at the time by writing everything down.

"He called me later on," she says. "I couldn’t speak because I was still in a lot of pain. He called again the following day and we spoke. I was feeling better, he asked to come and see me later that day and I said yes. He brought me some treats. I think that was his way of charming me. And then really, I was charmed." 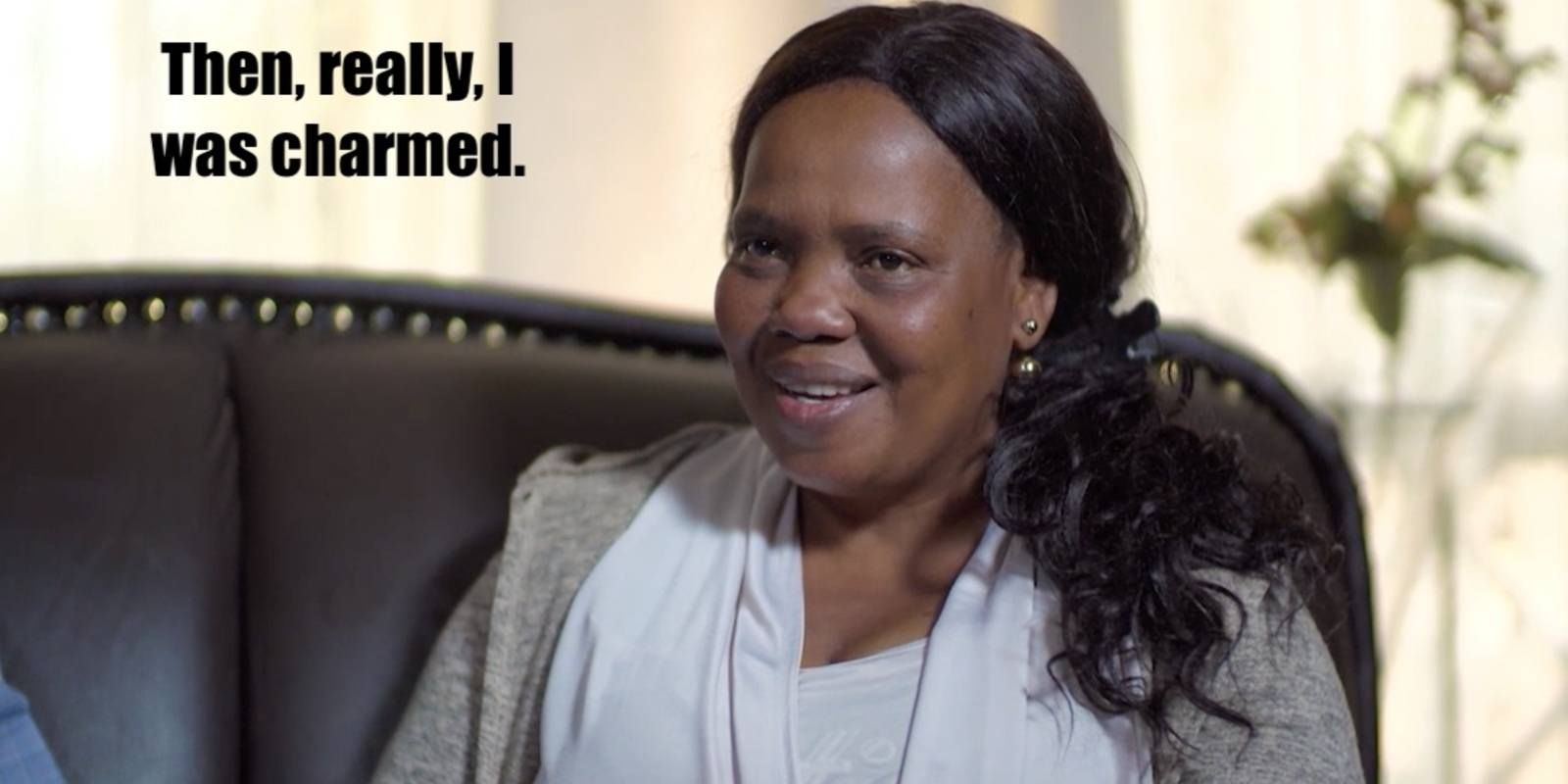 Richard says he made sure he called her every day. She thinks he got her number from the details she filled on the hospital forms. "Details are details," he says mischievously. "I got them. Then what must you do? If you fall in love, what must you do?"

She says he proposed to her the old-fashioned way by paying the bride price rather than giving her a ring and asking her if she would marry him.

"I was very happy because I had been preparing for this my whole life," she says. "I was ecstatic. I knew my parents would be happy I was finally getting married. I was the first to be married at home."

They’ve faced various challenges: his unemployment and alcoholism, and she experienced  depression so she was in hospital for two to three months. During that time, it was Richard who looked after the children.

"The reason we want Our Perfect Wedding to be here, he paid the bride price in 1990 and finished it off in 1992, all those years, up until now," says Precious. "I also want people to know that in marriage, you have to persevere until God makes a plan with your life," she says.

"Marriage has no age. A lot of people think that at my age, I can’t wear a white dress. No, there’s no such thing."

News
Mapule and Vusumuzi’s love story – OPW
She wasn’t into him at first.
Video
A story for every tier – OPW
Lebohang notes how each tier on Mapule and Vusumuzi’s cake tells a story. From where they met, to where they got married and where they plan to go for their honeymoon.
Video
Precious wants a classic menu – OPW
Caterer, Thobile Msito has created a timeless menu that will no doubt please many a palate.
Video
Classy elegance for Precious and Richard – OPW
Richard says he is comfortable with Precious' choices of rose gold and pink for the wedding décor.