Detectives Silas and Makena safeguard the streets of Nairobi. Dealing with all manner of crime, they must learn to trust each other's instincts in the pursuit of justice.

The mistress – Crime and Justice S1

Video
08 April
Detective Silas and Detective Makena investigate the gruesome murder of a pregnant university student who was entangled in an illicit affair with a powerful politician.

Crime and Justice to premiere on Maisha Magic Plus

News
31 March 2022
Crime and Justice, a thrillingly realistic police procedural TV show, is coming to Maisha Magic Plus this April.
Subscribe to Watch

Crime & Justice Nairobi a gritty, realistic and thrilling police procedural and legal show that deals with current Kenyan issues in a way that will strengthen Kenyan self-awareness, is all set for its debut on Maisha Magic Plus, on 10 April at 8pm.

It’s a show that tackles issues such as corruption, domestic violence, and terrorism and at the same time gives a unique insight into what present-day Kenya is like.

At the core of this true-crime show is a classic detective duo - a man and a woman - who solve one case per episode. The show will take the audience on a journey from the origin of the crime, finding the perpetrator and the trial. 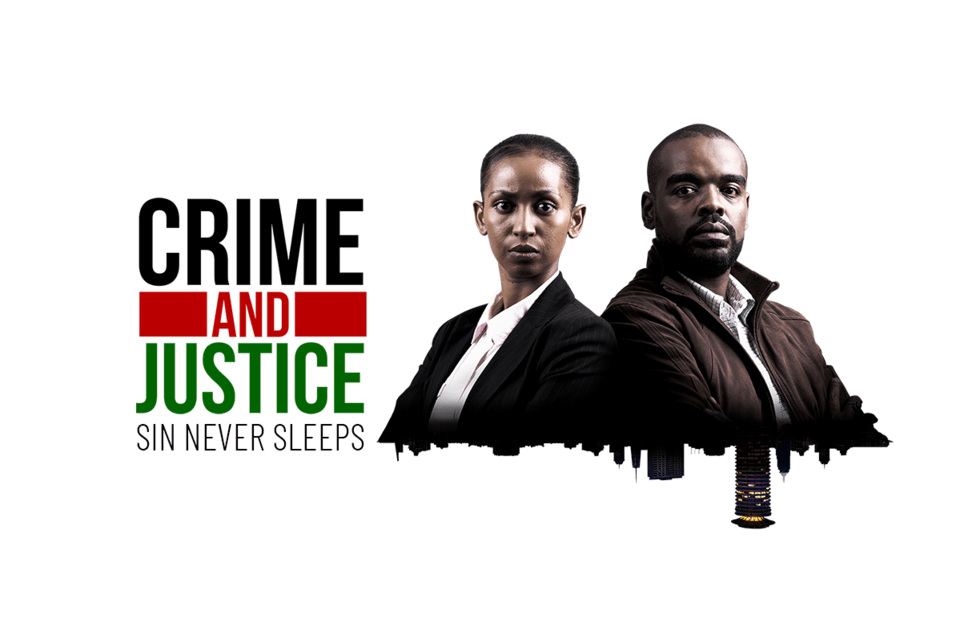 Inspired by the structure of the American show ‘Law & Order,’ Crime & Justice promises to tell Kenyan stories through nuanced characters that are flawed like real people.

Don’t miss the season premiere on Sunday 10 April at 8 pm on Maisha Magic Plus DStv 163 and GOtv Supa CH 8.