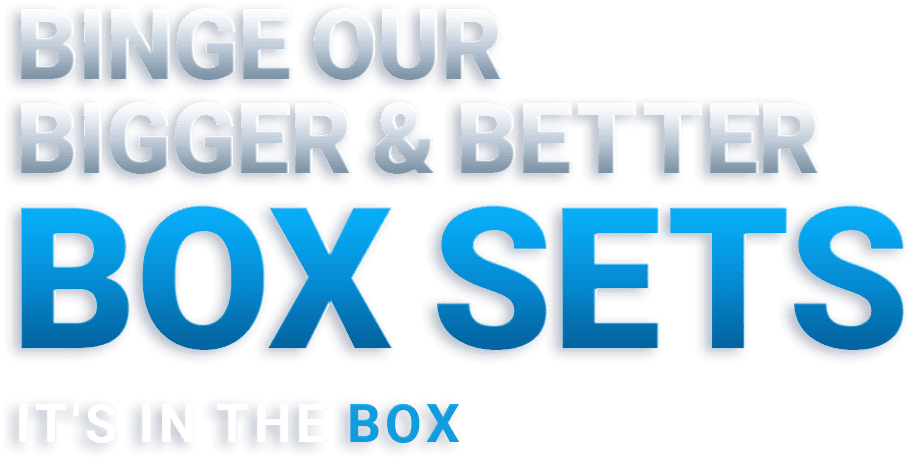 If you’ve been waiting for an amazing series to go to Box Set on DStv, now is your chance to pounce. So set up your nest for a binge viewing weekend.

There’s a wealth of fascinating shows to binge as Box Sets this June, from ALL seasons of shows like Curb Your Enthusiasm and Strike Back, to 2022’s local sensations like Rugby documentary Two Sides Season 1 and reality series Twice As Bold Season 1 (about 31-year-old twin sisters Olwethu and Owami Siko), to fresh-off-the-TV, romantic, time-hopping international hits like The Time Traveler’s Wife Season 1 and Outlander Season 6.

Plus, look out for DStv mega hits Ifalami Season 2, Umbuso Season 1, Umndeni Season 6, Ses'Fikile Season 1…and so much more.Check what’s available on your package, then click the links and they’ll take you straight to the shows.

Plus, we’re making it even easier for you to find Box Sets to binge. Simply open Catch Up on your internet-connected DStv Explora or via the DStv App, click on the TV Shows tab then select Box Sets and browse the titles on offer.

The complete Box Sets collection is offered free to DStv Premium customers. Get DStv Premium today to have it all.

How to watch Box Sets

Local sports documentary. The team who brought us Chasing The Sun turn their attention to the fraught, COVID-disrupted 2021 British & Irish Lions tour of South Africa. The doccie takes us inside the teams’ locker rooms and boardrooms, and the players’ families, to reveal what it took to see the Springboks take on 4 nations on our home ground.

Meghan, Vanessa, Tina and Ashley are larger-than-life best friends who’re battling morbid obesity together under treatment from Dr Procter. They’re tackling the hard work with heart and a wicked sense of humour and have been friends since high school. They’ll reveal what it's been like being weight loss losers for so many years.

Jamie’s dangerous past returns in the form of a former fellow inmate, Tom Christie, who arrives on Fraser’s Ridge with his family in tow. Tom upsets the townsfolk’s view of Claire and Jamie. And Claire needs to find new ways of dealing with the trauma inflicted on her in season 5.

Binge Outlander Season 6 as a Box Set from Tuesday, 24 May to Tuesday, 21 June (Premium)

Romantic fantasy based on Audrey Niffenegger’s 2003 novel about a marriage and life-long love complicated by time travel. Henry DeTamble (Theo James) keeps time-hopping involuntarily. The one stable point in his life is Clare Abshire (Rose Leslie), but he has no control over when or where he’ll see her next, what age either of them will be, or when he’ll have to suddenly leave her behind again.

31-Year-old twin sisters Olwethu and Owami Siko are so close that they married the same man, stayed with him for 9 years and had daughters with him, born just 2 months apart. In this reality series, they’re looking for a new Mr Right while also on a spiritual journey to explore their calling as prophets.

Binge Twice As Bold Season 1 as a Box Set from Monday, 27 June to Monday, 25 July (Premium-Compact)

Beat the load shedding blues when you download up to 25 content titles with the DStv App this November.