How to watch DStv during loadshedding

How to watch DStv during loadshedding 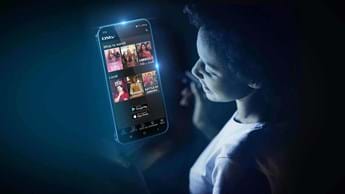 No lights, no power, no internet… No need to shiver in the dark, thanks to the DStv App. This May you can keep TV glowing even in those moments when you don’t have a connection – whether that’s because of loadshedding, or because you’re off on adventures without your decoder.

The DStv App (available via the Apple, Android and Huawei app stores) allows you to download up to 25 DStv content items on your device and keep them stored on your smart device for those days when the lights go out.

Simply download your favourite titles when you’re connected to Wi-Fi hotspots, then watch them offline later. You'll be sorted when #ShedHappens.

Note: Downloading to a laptop is not available.

How to download DStv shows to your phone or tablet

Tips for downloading to your DStv app

This is just the tiniest taste of what’ll be available to you to download on the DStv App this May. There’s so much more to explore.

Local sports documentary. The team behind Chasing The Sun takes us inside both teams’ locker rooms, broad-rooms and family homes during the 2021 British & Irish Lions tour of South Africa.

This drama based on Marita van der Vyver’s 1994 novel, follows Mart Vermaak, from her teens during 1970s apartheid South Africa (played by Melissa Myburg), to being a woman in her 30s (played by Cintaine Schutte) living in London during the 1990s, to her retirement years (played by Susanne Beyers) when she has returned to South Africa for good.

One of TV’s funniest-ever sketch shows returns. Carrying over last season’s story arc, series creator and star Robin Thede promises we’ll find out who was responsible for last season’s apocalypse, where the survivors are, and who’s watching them.

Romantic fantasy based on Audrey Niffenegger’s 2003 novel about a marriage and life-long love complicated by time travel.

Survival expert and adventurer Hazen Audel (Primal Survivor and Survive The Tribe) is on a 60-day, 500-mile (805 km) expedition on foot through the uncharted Amazon jungle, on his way to Guyana’s Atlantic coast.

Watch Primal Survivor: Escape The Amazon Season 1 from Wednesday, 4 May at 21:00 on National Geographic (DStv Channel 181).

Already waiting for you!