Is Devilsdorp the best Showmax Original yet?

Is Devilsdorp the best Showmax Original yet? 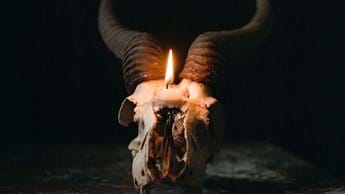 Devilsdorp, the first Showmax Original true-crime docu-series, is now available to binge. The four-part series investigates the 11 Krugersdorp Killings between 2012 and 2016, separately known as The Appointment Murders and the Satanic Murders, and how they were all traced back to Cecilia Steyn and the Electus per Deus (Chosen by God) cult.

Devilsdorp has already received five-star reviews from News24 and Rapport, not to mention four-star reviews in Beeld, Die Burger and Volksblad.

Rapport’s Leon van Nierop called Devilsdorp “one of the most innovative but also brilliantly constructed documentaries ever made in South Africa… A small masterpiece.”

Channel24’s Gabi Zietsman said Devilsdorp “might be the best local true-crime series to date... A masterclass in building narrative in documentaries, coupled with a high production value that might even exceed international standards.”

Beeld’s Christiaan Boonzaier calls Devilsdorp “world-class”, adding the series “should be awarded at next year’s SAFTAs.”

And John Harvey wrote in Dispatch, “If true crime’s your thing, Devilsdorp is right up there… All existing streaming services carry excellent true-crime series but I would venture to say Devilsdorp is among the best.”

Directed by David Enright and produced by IdeaCandy, Devilsdorp is the result of an 18-month research process into how a small group of devout Christians trying to help a former satanist escape the satanic church ended in a murderous spree involving a killer mom, her two children, and a cult with more victims than members.

Alongside extraordinary footage of exorcisms, church meetings, and trial testimonies and judgments, Devilsdorp features first-hand accounts from the likes of the deputy director of Public Prosecutions Gerrit Roberts; Discovery claims specialist Shane Chatzkelowitz; journalist Marizka Coetzer; and Captain Ben Booysen, the senior investigating officer, who aptly compares himself to Chuck Norris in the documentary. The family of the victims also share their stories, as do church members who knew the perpetrators.

Netwerk24 journalist Jana Marx, author of The Krugersdorp Cult Killings: Inside Cecilia Steyn’s Reign of Terror, narrates the series. She says, “Devilsdorp gives you a whole new take on this story. It blew my mind - and I thought I knew this story...”

Channel24’s Gabi Zietsman says there are “so many twists and turns that you just can’t quite believe this is real life and these are real people... I was sitting on the edge of the couch the whole way through…”

Writing in The Sunday Times, Tymon Smith says the “so-strange-it-has-to-be-true tale” will “keep you watching with increasing ‘what the hell’ open-mouthed shock until its satisfyingly nail-biting courtroom drama conclusion.”

And on Cape Talk, Pippa Hudson says, “The story is just so utterly bizarre and has so many twists and turns to it I could not stop watching until I had watched all four of the episodes.”

Binge all four episodes of Devilsdorp, which is rated 16VL, first and only on Showmax at https://www.showmax.com/eng/tvseries/lguobeqc-devilsdorp.