To celebrate South Africa’s diverse music culture and to keep fans moving this Summer, Bacardi, the world’s number one premium rum, presents Bacardi Sound of Rum - a curation and showcase of the best sounds vibrating from local dance floors that are making it impossible for Africa to stand still. In time for summer and at the height of the southern hemisphere’s party season, Bacardi Sound of Rum brings together music platforms, content, curators and artists to celebrate the best in African music across genres. The aim is to use music as a language to bring South African people together to celebrate diversity, freedom of expression and movement by showcasing the beauty and diversity of our culture. Musicians, curators, influencers and industry insiders from Miami to Soweto have come on board to create and share an exploration of local music that truly contributes and gives back to the culture of genres such as Gqom, Kwaito, Hip Hop, Amapiano and Afro House, amongst others.

Bacardi Sound of Rum is a multi-platform showcase of Africa’s diversity of people and culture through the celebration of our music landscape. The party spirit is passionate about everything and anything that lets its fans ‘do what moves you’ – the freedom to dance, express yourself, be just who you are - and wants to bring fans the best sounds, songs and dance moves, to do just that. From New York to Cairo, Berlin to Accra, the history and influence of African music and resultant cultural exchanges have transcended time, race and all physical borders. Bacardi Sound of Rum is more than a music celebration - it’s a cultural movement that encourages and celebrates freedom of expression through music and dance.

Through a Bacardi-owned Spotify account (Bacardi Sound of Rum), carefully curated music playlists will be available to fans who get a chance be part of an all-encompassing musical journey, bringing to life the sounds that pulsate from dance floors across Africa and increasingly the world. Over the next few months, Bacardi’s carefully chosen guest playlist curators will select and share an always-evolving playlist that showcases the music, artists and genres that are moving people in South Africa throughout the summer.

Kicking off the campaign is Jamaican born music star, Walshy Fire - one third of global super group Major Lazer, who are also global Bacardi ambassadors. Walshy has curated the initial Bacardi Sound of Rum Spotify playlist that shares the music selections he believes will get fans moving this summer. Walshy recently released an album of collaborations with leading West African musicians and, through his extensive travels, has become a citizen of the world, an authentic explorer of African music and culture, and a keen collaborator to lead the Sound of Rum celebration in South Africa. 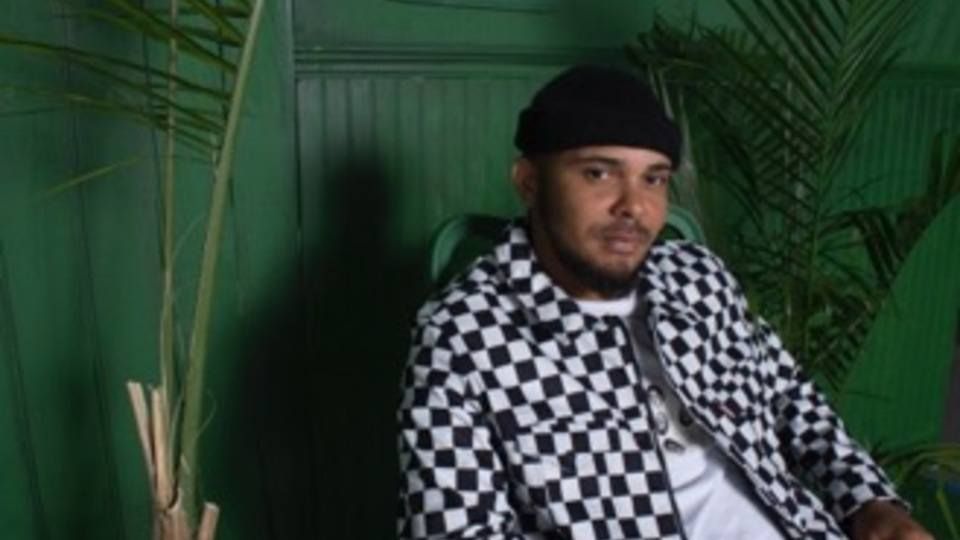 Commenting on his partnership with Bacardi Sound Of Rum, Walshy Fire said: “I resonate with the way Bacardi celebrates music and culture – it’s a melting pot of a myriad of musical influences that provokes the listener to move – either outwardly on the dance floor, or inwardly in how it makes you feel. Dance, emotions and passion have no set language, it’s the energy that moves your inner being and connects you to others. I’ve played on some of the biggest stages in the world and the influences of African music can be felt in so many records. The Sound of Rum collaboration with Bacardi and other local artists enables us to celebrate the African music influences and make the world a little smaller by making the party bigger.”

The evolving playlist will be curated and distributed by, amongst others, Walshy Fire, Saudi, Muzi, Tipcee and Scorpion Kings (DJ Maphorisa and Kabza De Small). Beyond the playlist, Bacardi Sound of Rum is also a visual journey with a series of content pieces that explore the stories behind key local music genre’s, namely Hip Hop, Afro House, Gqom and Amapiano. Exploring the places, people, music and dance behind these genres, Bacardi has created short format content pieces that celebrate freedom of expression and hope to inspire fans to embrace the unique music diversity that is rich within our culture. Fans will have access to these artists, curators and influencers through these intimate videos and testimonials all available on Youtube as well as a variety of performances and events. The Sound of Rum music journey will culminate in the ultimate celebration of local music at the Bacardi Holiday Club in March 2020.

Francois Portier, Managing Director for Bacardi in Sub-Saharan Africa, said on the campaign: “Bacardi is fiercely passionate about creating content and experiences that truly resonate with our audience. The Sound of Rum began as something to move people and connect our brand’s island roots to modern and local music and has grown into a phenomenon that invokes the spirit to live life to its fullest. We are excited to work with so many inspiring and authentic artists and creators on this project, who enabled us to bring the Sound of Rum to life for local fans.”

From October to February, consumers can look forward to not only hearing the Bacardi Sound of Rum, but can also taste the Summer of Rum through various activities and events at key bars, clubs and venues around South Africa, including the celebration of Bacardi’s new Summer Drink, Bacardi Rum and Appletiser. Party goers can easily mix and enjoy this summer cocktail at home with a bottle of their favourite Bacardi Carto Oro, Bacardi Carta Blanca or Bacardi Carta Negra (RSP of R189 at all leading retail outlets).

Bacardi invites South Africa to ‘Do What Moves You’ this summer – live life as your true self, have the freedom to let go, move and dance. Embrace the joy that comes from following your heart.  For more information on Bacardi Sound of Rum and the celebration of our diverse music landscape, keep an eye on the Bacardi Spotify account, social platforms following #SoundOfRum and visit Bacardi’s Youtube Channel.

These are the Sounds of Summer, brought to you by the Spirit of Summer. If it makes you move, it’s the Sound of Rum. #SoundOfRum #DoWhatMovesYou

Video
Nobantu Vilakazi Performs ‘Ngimtholile’ — Massive Music
Spotting a red suit that went well with her red curly locks, Nobantu Vilakazi made soulmate encounters sound easy when she performed her new single ‘Ngimtholile’.
Gallery
Bacardi Holiday Club 2022
Visuals of the scene at the Bacardi Holiday Club
Video
K.O Is Thrilled By The Pty unLtd Drop - Homecoming Africa Exclusive
Mr. Cashtime talks about his third studio album, how to stay at the top and getting over the jitters of dropping new work.
News
Chance The Rapper Sued by Former Manager
Chance The Rapper's former manager wants $3 million!