News
12 February 2022
The season isn’t yet over, and we already have some thrilling moments that have had us on the edge of our seats.
Subscribe to Watch

We are only halfway through the first season of Venge and it's been everything and more so far, with enough thrilling and exciting moments to last us for days. From the face-off between Mama K and Mildred to Esosa’s fake death, Itohan’s quest for revenge, and the prison break that saw Bibi and some inmates escaping. Every new episode of Venge always has us on the edge of our seats.

We decided to come up with a list of some of our favourite moments and trust us, it was quite difficult. We eventually came up with five. Here they are!

Officer Bimbo and Bibi square off

Bibi and Officer Bimbo had constantly been at odds since the moment she stepped inside the prison. A defiant inmate who refuses to cower down, and a resolute officer who refuses to tolerate such defiant behavior. It was because of this defiance that Officer Bimbo never missed a chance to mistreat Bibi. She made it a frequent occurrence and it was only because Bibi was under Mama K’s protection that she was spared the full wrath of Bimbo. While Bibi's defiance pitted her against Officer Bimbo, it was also the same defiance that gave her the courage to take her down. Playing the docile inmate stripped of pride, she was able to put up a façade that deceived Officer Bimbo and throw her off her game. Watching her plot Officer Bimbo’s downfall was magical; a show of craftiness and calculated moves, as she ran circles around the officer. By the time Bimbo saw what was coming, it was too late.

The takedown of Officer Bimbo

The moment when the inmates went before the panel and stated that Officer Bimbo was behind the baby factory racket in the prison took us all by surprise. We weren’t the only ones! Officer Bimbo too was surprised and in a moment of anger lashed out at one of the inmates. For the first time, Officer Bimbo became jittery. She knew she was about to lose everything – her career, power, and her cash factory. Even if those were all she lost, she would still have the opportunity to redeem herself, but she lost something even more precious. When she discovered that Bibi had orchestrated everything, she got into a fight with her and lost her life!

Timi and Kamara had been walking on thin ice with Chief Yabura for a while, and they thought they'd pay the ultimate price sooner or later. Their abduction to an undisclosed location by Yabura's henchmen reinforced their fears, and they expected the worst as they sat at the dinner meeting with Alhaji Lawal later that night. What followed shocked them. Yabura did not only receive a scathing remark from Alhaji, but was also immediately demoted. “Old things are passing away,” Alhaji said as he looked to Kamara and Timi, expecting that both would usher in a new way of doing business. 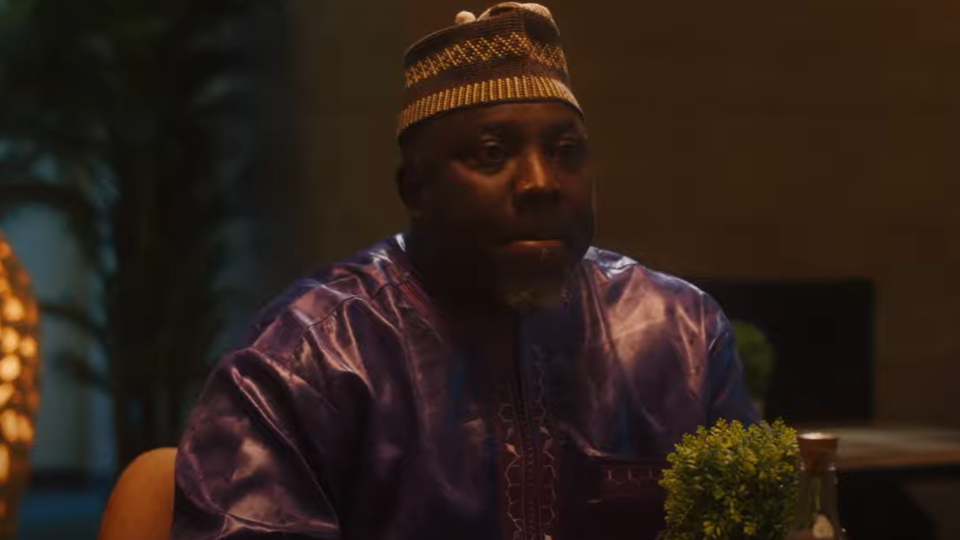 Mama K either took lessons from T Bag or she's related to the Professor because the prison break she orchestrated was mind-blowing! From convincing Patrick to make sure Bibi’s exit was smooth, to inciting a riot and also a fire outbreak, everything was simply the stroke of a master genius.

This was the most touching moment of the season. Bibi got to reconnect with her dad whom she thought had died, and Alabo got to meet his daughter whose stay in prison had caused him such grief. We were so glad they both got to have this moment because shortly after, Alabo died in an accident. At least Bibi will hold on to this memory of her dad. It was worth breaking out of prison for, after all.

These are some of our favourite moments on Venge and we are sure there are still more to look forward to as the season continues every weekday at 8:30 PM WAT on Africa Magic Showcase.

Video
William escapes assassination – Venge
Bibi makes an attempt on William's life but misses. In response, William places a 5 million Naira bounty on Bibi's head.
Video
A spy and a plot – Venge
Mama K has recruited Bibi to spy on Yemi while Kamara has unwillingly found himself in a plot to remove William.
Video
Tears and Confessions – Venge
Officer Rhoda gets the full confession statement she wanted while Bibi gets herself implicated.
News
5 reasons you need Itohan fighting your battles – Venge
When you are in a fight and you got your back against the wall, who you gonna call? No, not the Ghostbusters; Itohan!