MiCherry gets Checked Out – Ultimate Love

News
01 March 2020
Michael and Cherry became the first Ultimate Love Couple to Check Out of Aunty’s Love Pad this Season.
Subscribe to Watch

Featured fashion on the stage

Our gorgeous Hosts, Dakore Akande and Oluwaseun Olaniyan appeared on the stage radiantly dressed by Iconic Vanity and Vanskere respectively. Of course, their beautiful looks were complimented on social media streets. We stan a fashionable Host and nothing is better than having two grace our screens every Live Show. Speaking of beauty, did you see the change in the Live Stage setting tonight, with the couch adorning the centre of the stage? 😍 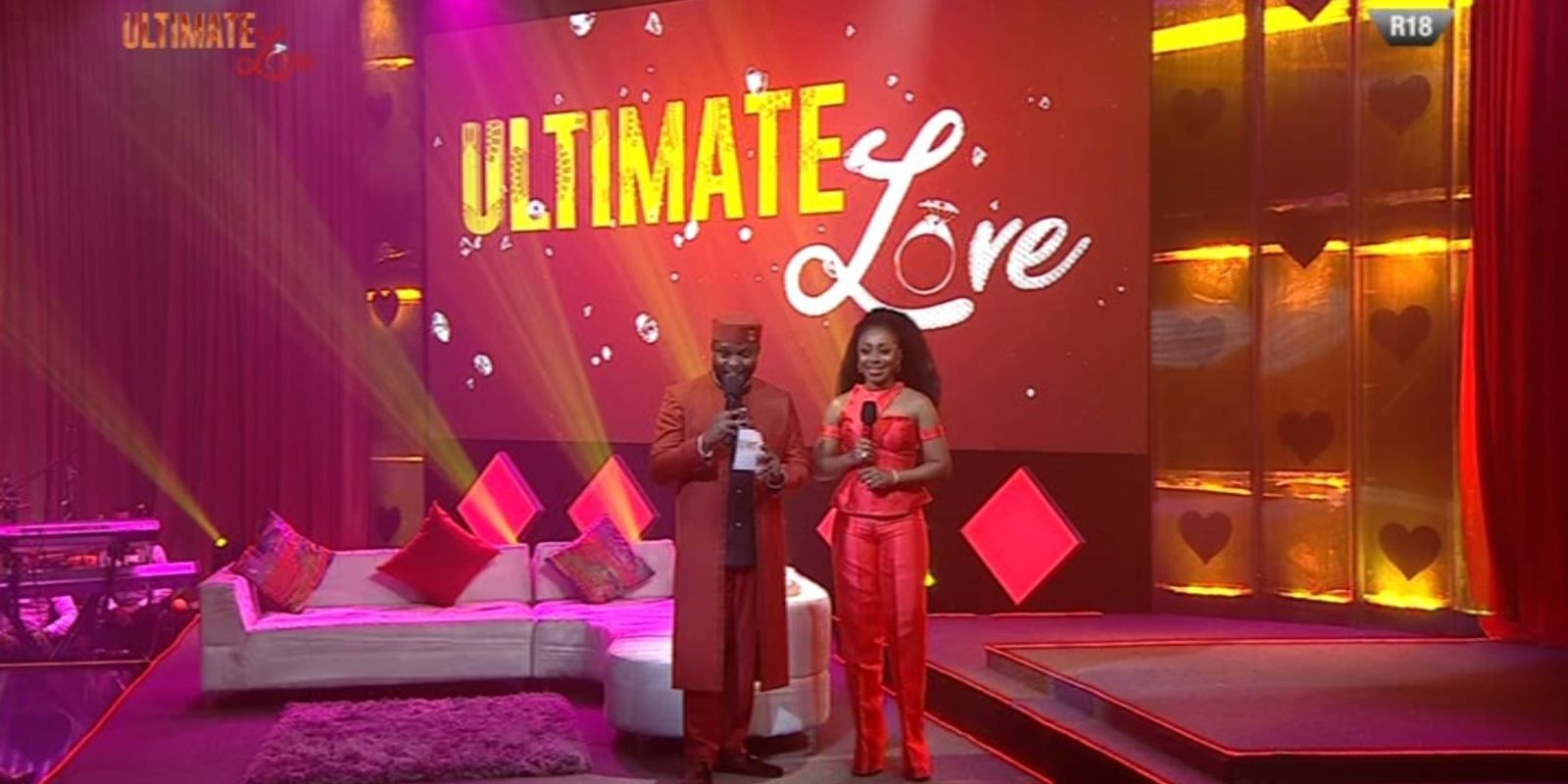 What's the #UltimateLoveNG Live Show without great music from High Definition band? We hope you enjoyed it as much as we did.

Let’s get down to business

Without wasting a second on the Live Show, Oluwaseun P went straight to the business of the evening. As the Nominated Love Guests were asked to get on their feet, ObiEbi got the first save for tonight – which made them out of the possible Check Out list.

MiCherry Check Out of the Love Pad 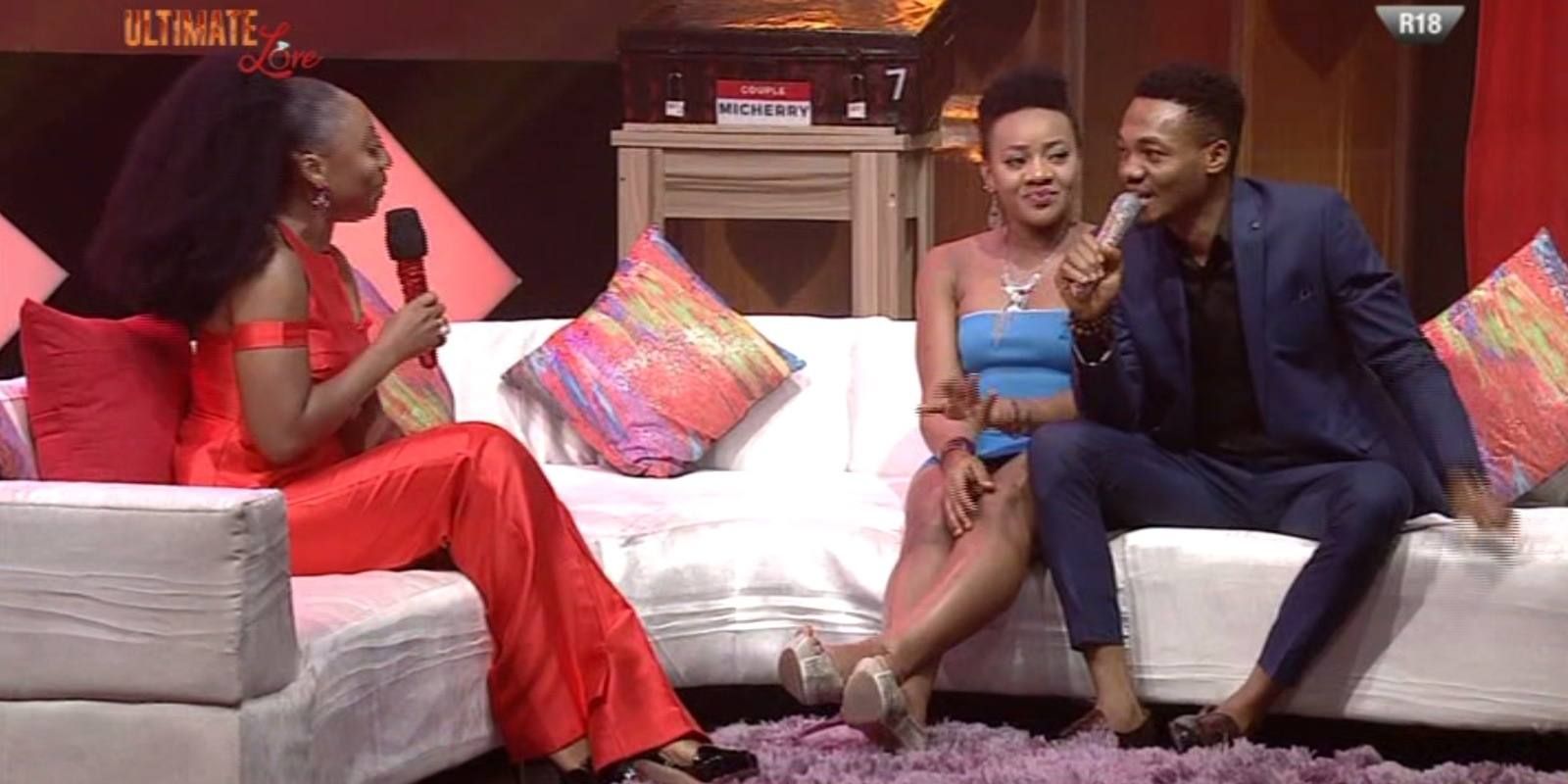 Tonight, Michael and Cherry became the Ultimate Love Couple to leave Aunty’s Love Pad on this show. They came for the same goal and we couldn’t be more proud of their journey towards finding Ultimate Love. They may not have emerged as the winning Couple of the Season but their love is definitely one for the books.

With Cherry launching the Live Show microphone, the pair expressed their joy and gratitude for the opportunity to find each other in the Ultimate Love game. When asked about their thoughts in the Love Pad, Michael said everything that happened to him during his stay was so real for him, especially finding true love in Cherry.

Michael revealed that he had an initial connection with Bolanle; however, due to tribe and age differences, their ship did not sail.

We're going to miss their contagious happiness and affection. Check out their Ultimate Love journey here

After their chat with Dakore Akande, MiCherry got ushered in by Oluwaseun P to play a jeopardy game, where they got to either pick a portmanteau or to retain the one they brought from the Love Pad. 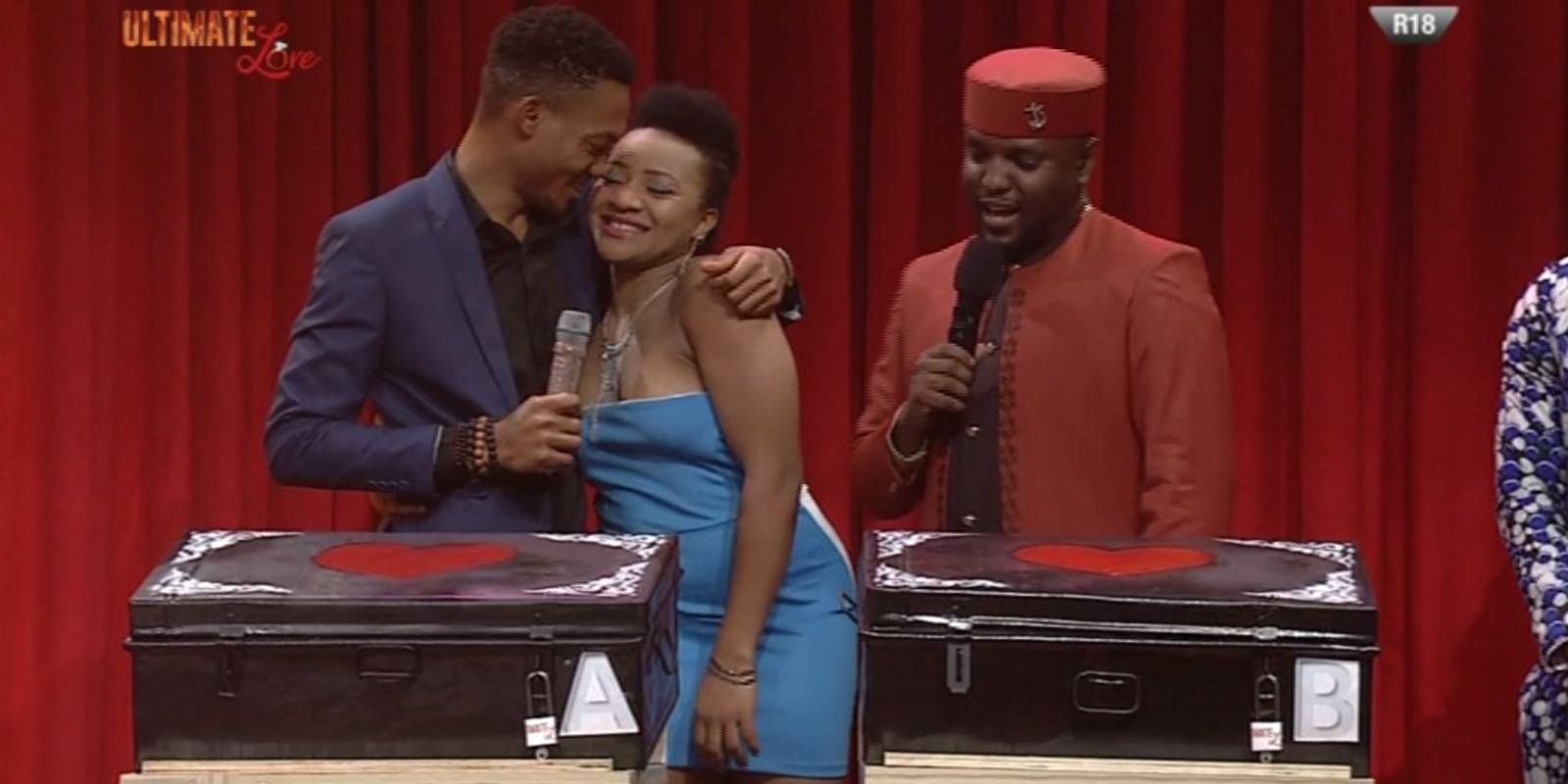 After deliberating, the pair ended up going with their original portmanteau which revealed a cash prize of three hundred and fifty thousand Naira. This gift aims to serve as a supporting glove for the lovely years ahead for the Couple. We'll miss MiCherry but we can't wait to see their love soar even outside the walls of Aunty's Love Pad.

We love you MiCherry and we wish you the very best as you continue on your love ride even outside Aunty’s Love Pad.

As expected on the Live Show tonight, the Love Couples were required to write down their Nominated Couple names on their individual Nomination Cards. After which they orderly put the Cards in the Nomination Box.

Here's how the Nominations tallied up this week 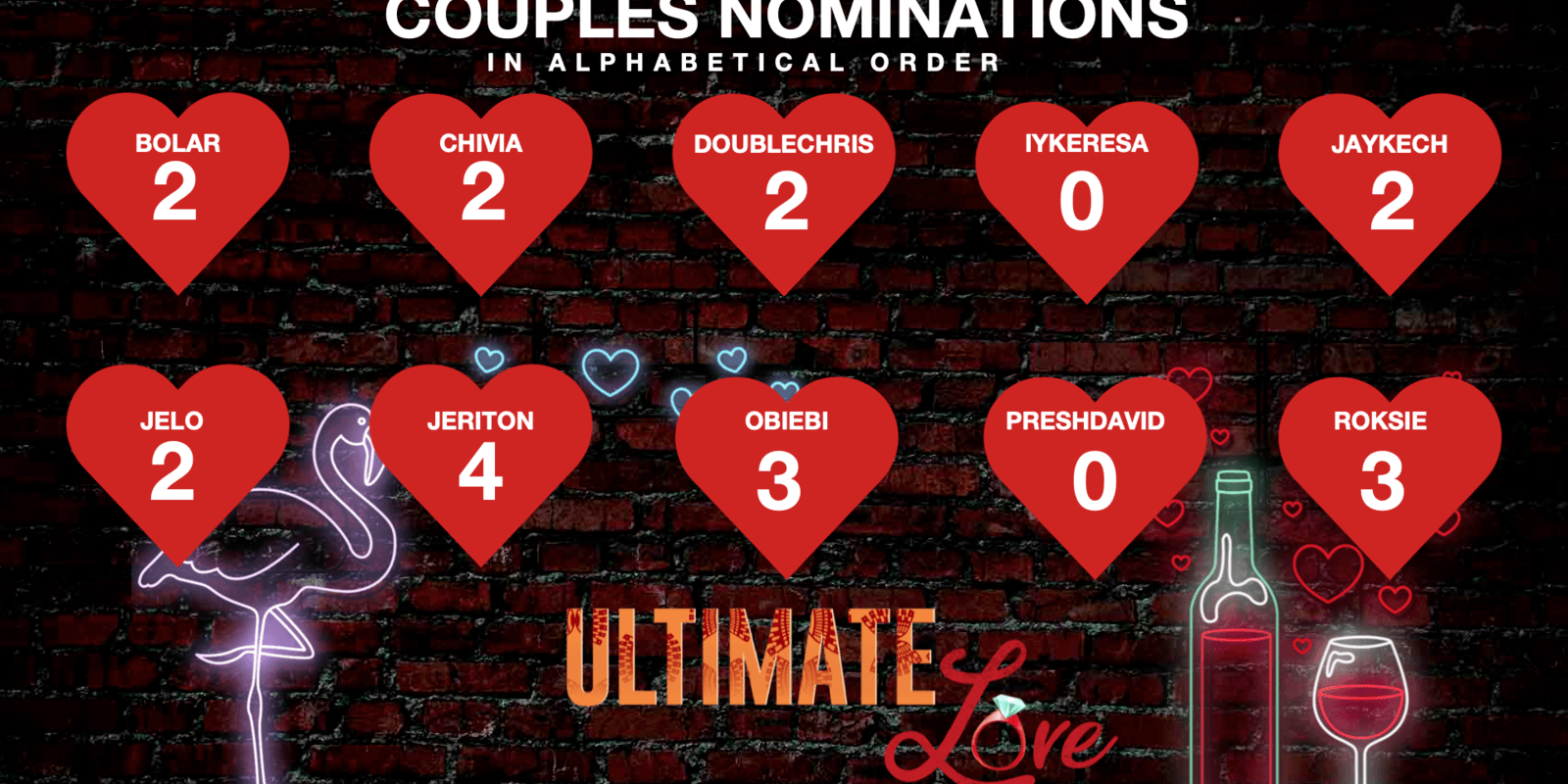 While we wait for tonight's final Nomination reveal from Aunty, were there any surprises in the Nominations from the Love Guests?

Video
"You're everything" Michael - Ultimate Love
Cherry reveals that she initially thought that Bolanle is a threat to their relationship. Michael assures her that he’d choose her over and over again. MiCherry also share their definition of Ultimate Love as well as plans for their love after being Checked Out of the Love Pad.
Video
Ecstatic Theresa – Ultimate Love
Checked Out Couple Micherry sent Theresa a message on her Chatroom session and the excitement was too much to contain.
Video
Micherry's woes – Ultimate Love
In wake of being left out of the planning of the Enugu state traditional wedding while she was in the shower, Cherry tells Michael exactly how she feels.
Video
Micherry WIN their game of chance – Ultimate Love
After a great deal of deliberation and anxious waiting, Micherry decided to keep their Portmanteau (No. 7) winning themselves N350 000, some beautiful traditional craftwork and much more as they begin their love journey outside the Love Pad