Not much had been said or revealed about the Identity of Dembele until quite recently. Turns out, the much-feared mastermind behind the mines and business dealings is actually a woman. After over 130 episodes, we finally get to meet this powerful woman during her meeting with Zayn. Well, we didn't exactly get to see her face as she sat shrouded in darkness, but we heard her clear distinct voice and we weren't the only ones shocked at this reveal.

Dilemma fans who were also enthralled by the mysterious Dembele marveled at her identity.

Dembele is a woman!!!

Dembele is a woman?
How did we all just assume it was a man?#AMDilemma

Dembele is a woman 😂😂😂 plot twist of life
#AMDilemma

Dembele is a woman?? My God!!!! Fear women ohhh..#AMDilemma

Farouk would have blown a gasket.

The late Farouk was never favourably disposed to women. Some might call him a misogynist and that's why people laughed at the fact that he would have burst a nerve knowing the Dembele he answered to and dreaded is actually a woman. 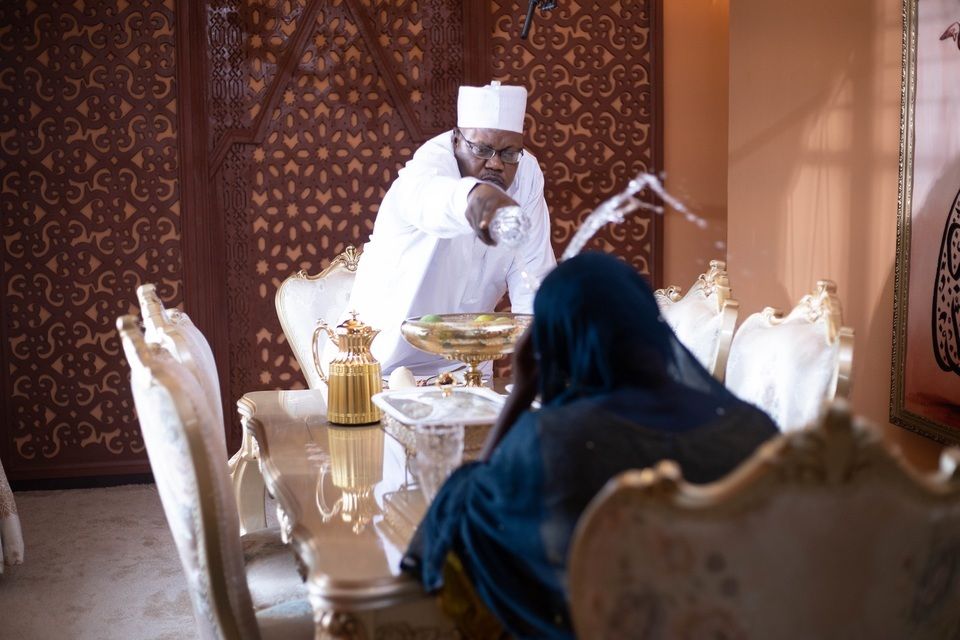 He would have been so angry at this revelation #AMDilemma pic.twitter.com/HkvcgfWb9n

Away from the shock, a lot of fans were actually happy about Dembele being a woman.

Dembele is a woman... feels so good #AMDilemma

Dembele is a woman???

There are fans who believe that Dembele might be someone they all know and is literally hiding in plain sight while observing her minions do and sometimes don’t do her biddings.

Thank’s to Zayn, we now know a bit about Dembele, but there was more to their meeting than just the reveal. Apparently, Demebele’s right-hand henchman, UV, had been up to some underhand dealings plus he had been hatching a plot to take over. Zayn revealed all that and not only did UV lose his job subsequently, he was given three hours to disappear off the face of the earth.

With UV out of the way, it seems Zayn is set to take over his job.

We are only halfway into the season and we do hope to get to see more of Demebele and finally get to find out who she really is. Wait though, what if this ‘Dembele’ is a front? What if there’s another Dembele? The real Dembele? We really cannot say. Dilemma has given us so many twists in one season and anything is possible. Whatever the case, we are loving every moment of the show!

Dilemma airs every week night on AM Showcase CH 151. Tune in and find out more about Dembele.

Video
Awww moments on Africa Magic – #BestOf2022
From Kanso and Yolaine from Dilemma to Ezinne and Tobias from Eve, they, along with many others, gave us romantic moments that had us in our feels all year long.
News
Memorable characters we said goodbye to – #BestOf2022
To the ones we said goodbye to, you will always be remembered.
Video
Kaineto makes a loud statement – Dilemma
As she takes the rein of the Waziri household, Kaineto makes a loud statement to all. A statement written in blood and stamped with death.
Video
Love is a complex game – Dilemma
While Yolaine battles her feelings for Kanso, Noelle has started developing feelings for Kanan.