News
27 July 2022
The loss of days past births a plan for future wins.
Subscribe to watch

The  #BBNaija Level 2 Housemates have had a lot to say about their counterparts in Level 1. Much of this stemmed from their meeting with them at the HoH Games which saw them lose the HoH title to a Housemate in Level 1.

This much was deduced also in the Diary Sessions where many of the Housemates in Level 2 felt the Level 1 Housemates were more united than they were.

Bryan however was not down with this narrative and spoke vehemently against it. In a conversation with Amaka, Christy O and Cyph, Bryann kicked against the idea that the Level 1 Housemates were more united than they were. 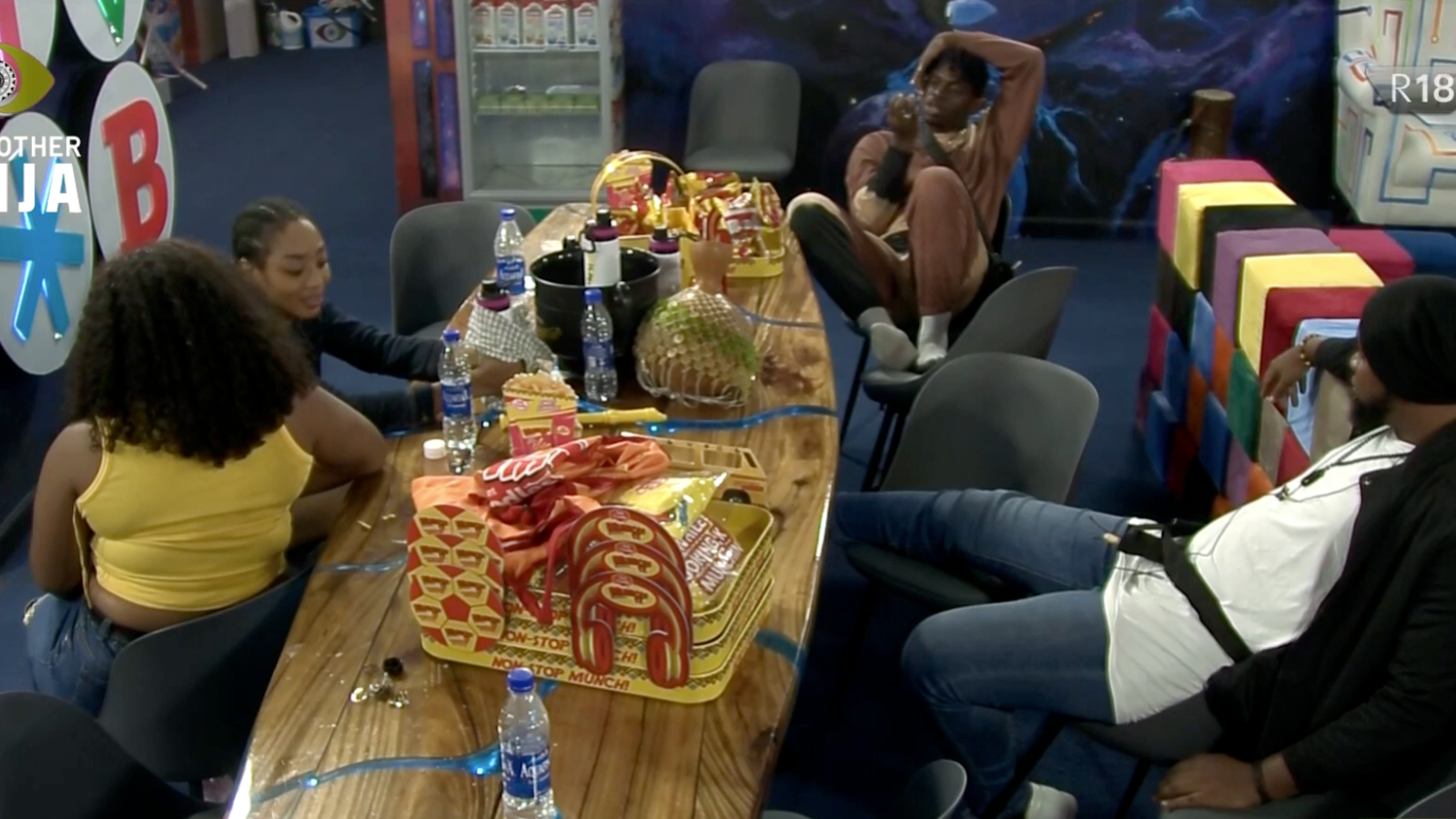 He said they only seemed that way because a Level 1 Housemate won the HoH Games and said the other House would have felt the same way about them if they had won.

Did y'all catch Bryann speaking about how the Level 2 Housemates have to win the next Task?👀 Tell us in the comments if you feel his ginger will lead to a win.

To push home their point Bryann insisted they had to have at least 2 straight wins against the Level 1 Housemates and to also throw discontent in their midst via little conversations he may have with them.

Christy O rounded up their conversation saying the Level 2 Housemates were better and higher than their Level 1 counterparts.

Do y'all think the Level 2 Housemates can pull off this feat?👀 We can't wait to see how their plans unfold during future Tasks.

Big Brother Naija Season 7 Level Up is now live on the 24-hour channels 198 on DStv and 29 on GOtv. Fans across Africa are also able to stream via African online streaming service, Showmax, alongside fans in the UK. Make sure you don't miss anything from Biggie's world on our website and be part of the #BBNaija gist on Twitter, Instagram, Facebook, and TikTok.

Video
Day 67: Garden gist shows a Level 1 aversion – BBNaija
Adekunle and Chichi, former Level 1 Housemates shared their dislike of being placed in Level 1 to former Level 2 Housemates Bryann, Chizzy and Daniella.
Video
Day 64: Housemates reflect on Level 3 twist – BBNaija
"I was like bro, this brief says Guest o," said Bryann as he, Adekunle and Daniella discuss how the Level 3 Housemates were confident in still being in the Game.
News
Day 14: Bryann composes a new anthem for Level 2 – BBNaija
The first anthem they created was a vibe, but they decided to switch it up.
News
Day 17: Bryann and Ilebaye make peace – BBNaija
They ironed out their issues.