Day 19: It's the battle of the bikinis from Level Up ladies – BBNaija

News
11 August 2022
We have a whole collection, from animal print to colour blocking bikinis.
Subscribe to watch Get Showmax

In keeping with the fashion-inspired task that Biggie gave the Level Up Housemates earlier this week, we decided to take a walk down memory lane with the ladies from both Levels by taking a look at the swim-wear game they brought to the Thursday Pool Parties. One thing is for sure, the Level Up ladies not only know how to party, they most definitely look good while doing it, kai!

Up first our the Level 1 ladies who were the first ones to enjoy the Pool Party that Biggie threw them. They did not disappoint as they were dolled out in the latest patterns of bikinis and one-piece costumes that perfectly complimented them. 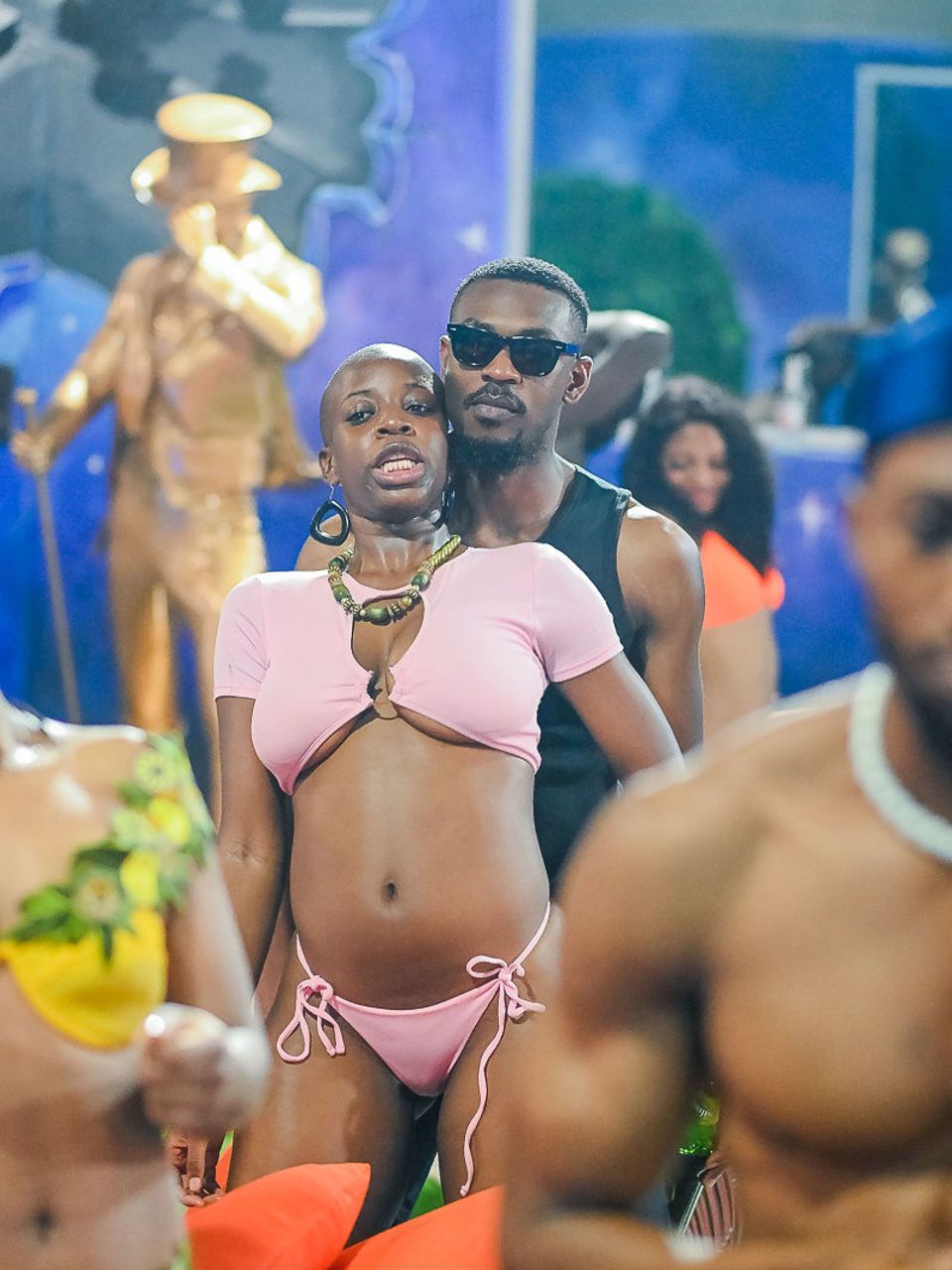 Allysyn didn't give Adekunle any peace during the first Thursday Pool Party with her baby pink two-piece bikini. She let her body speak for her as her bikini framed her as though it was made for her. 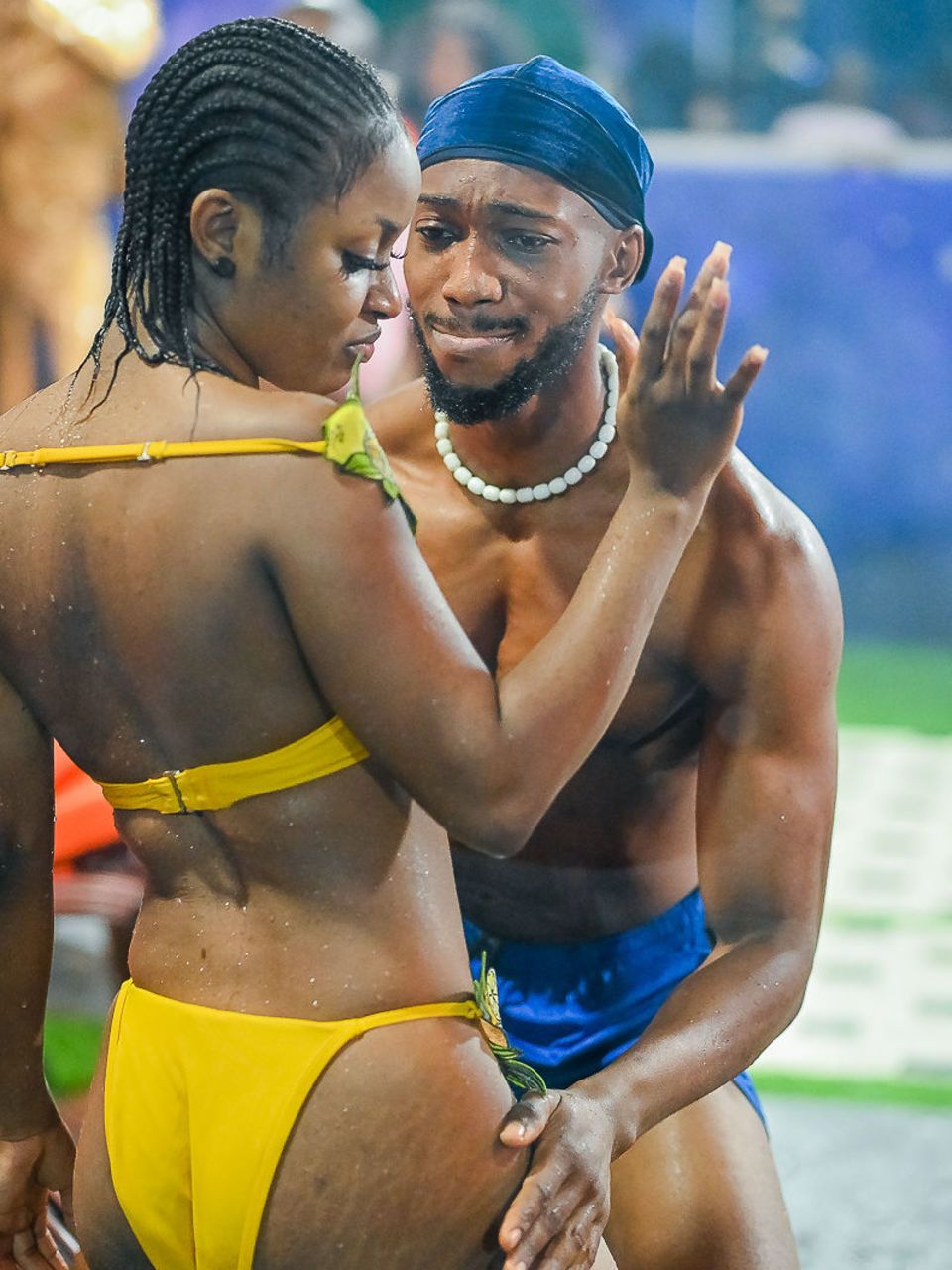 Bella was certainly the bell of the ball as she opted for a yellow two-piece that perfectly complimented her skin tone. 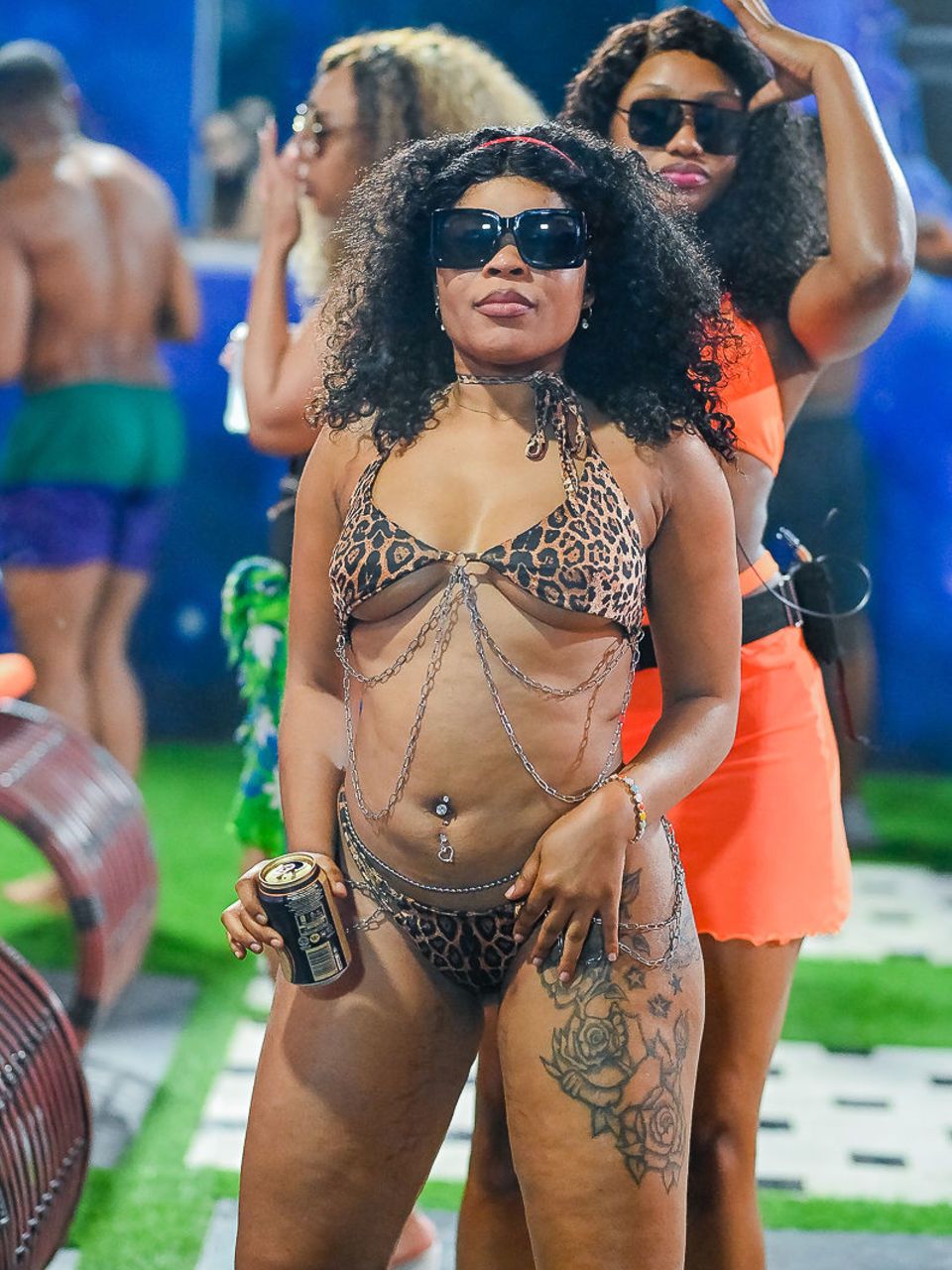 Now, you know there had to be some animal prints too sha. Chichi let her wild side shine with this animal print bikini and got to party with most of the boys. 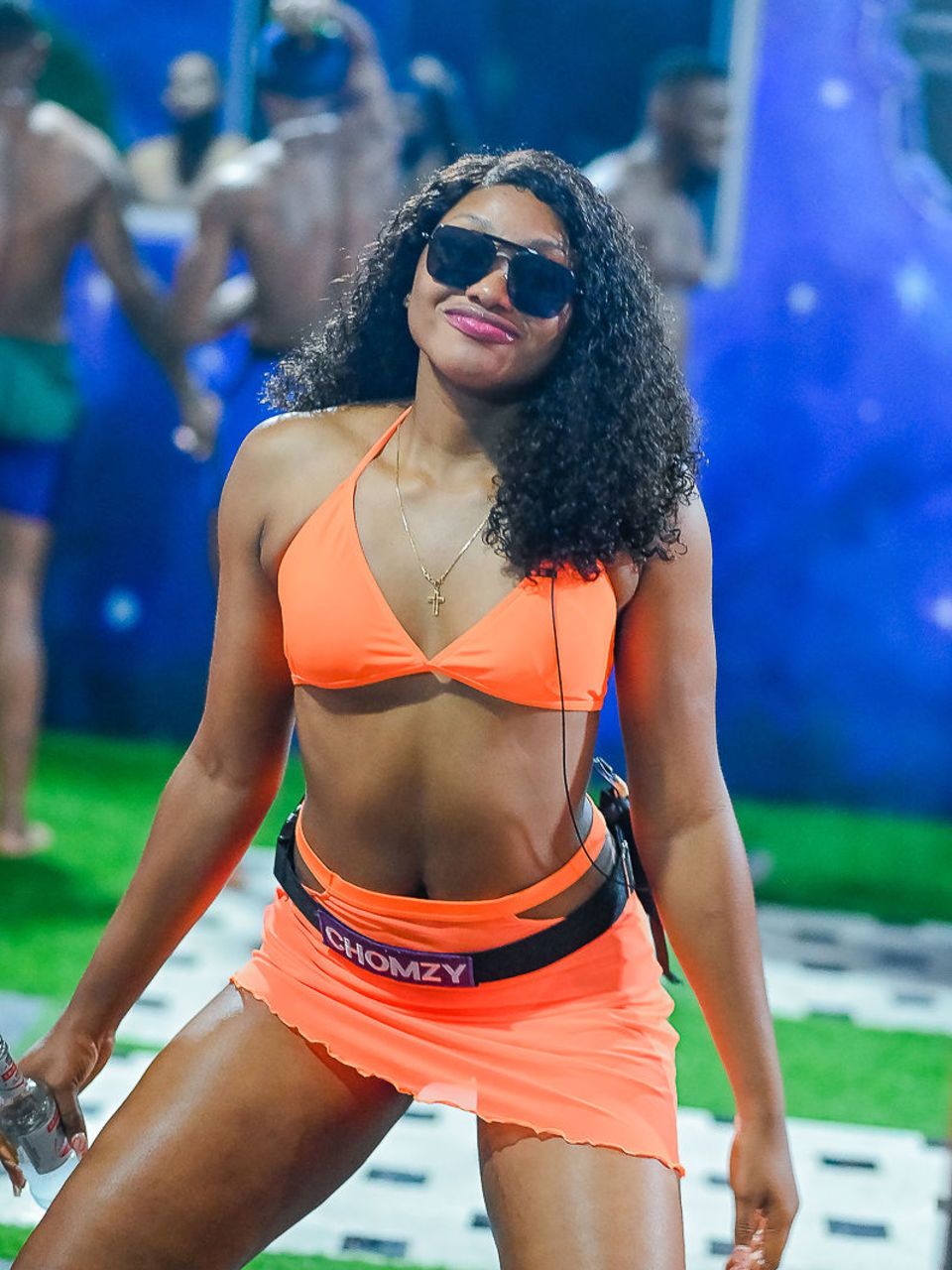 Chomzy decided to keep it classy with an orange wrap-around that matched her bikini of the same monotone colour. 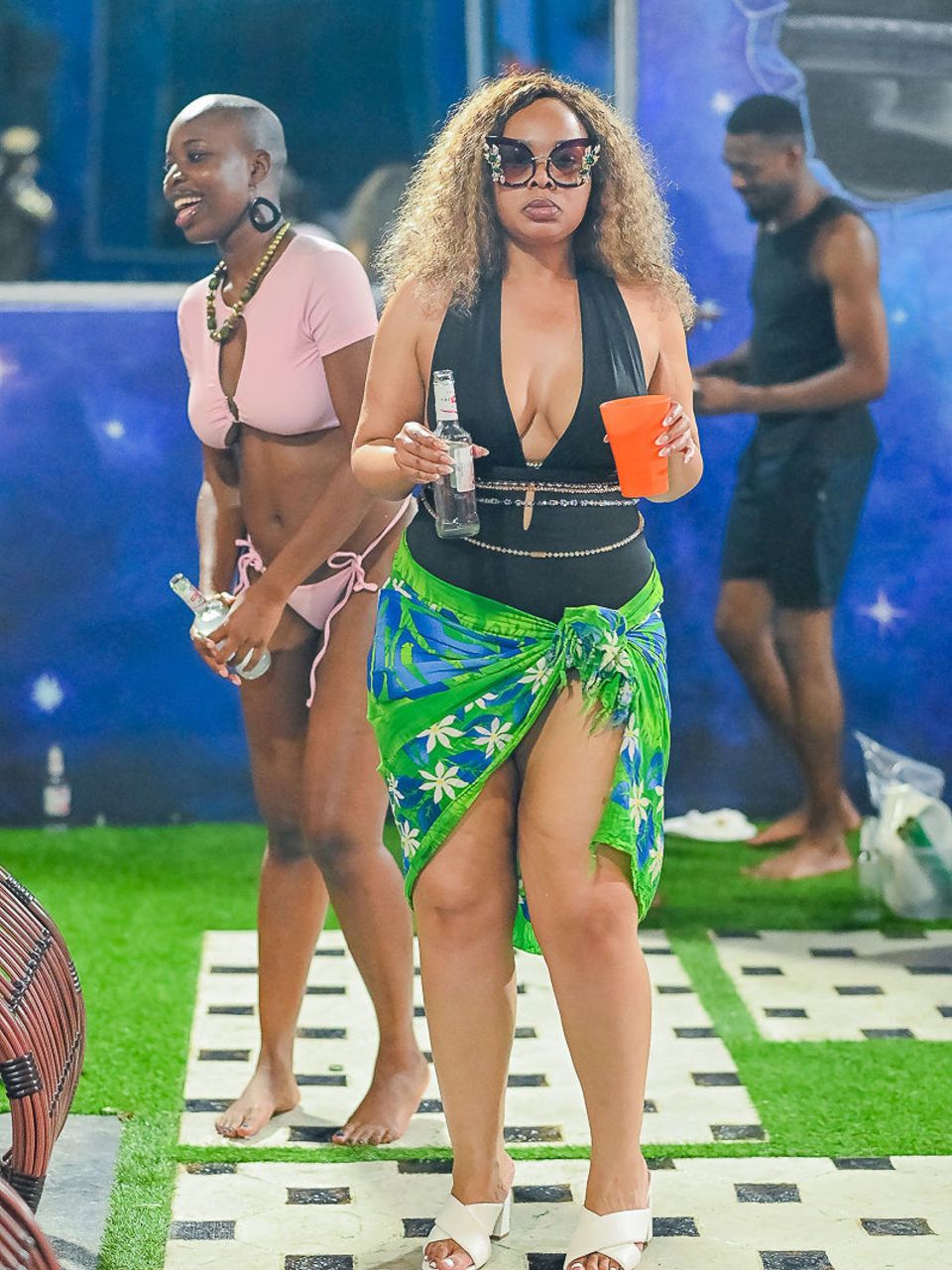 The soft-spoken Diana decided to match her calm nature with a one-piece black costume that she paired with a green sarong. 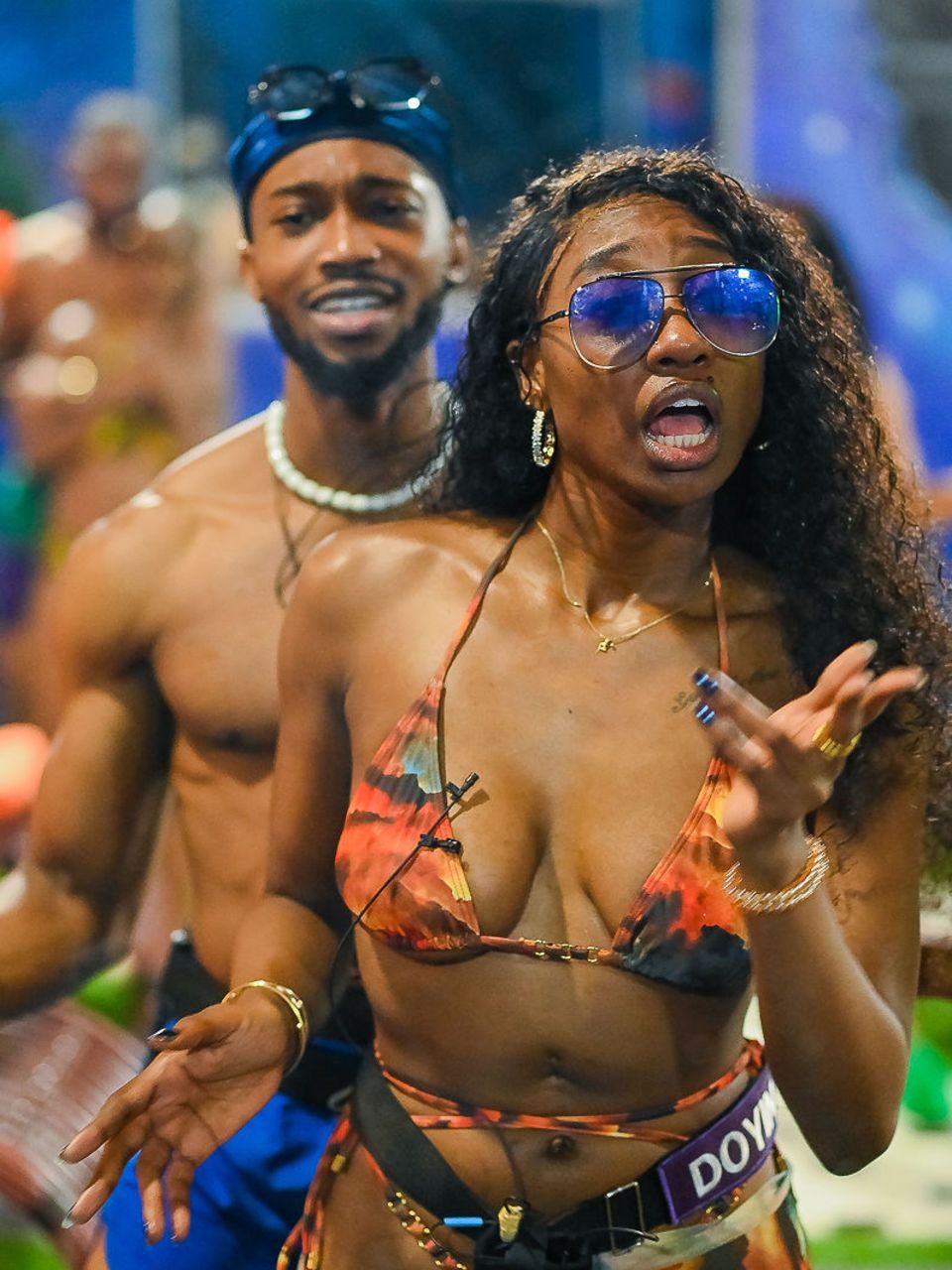 The last of the Level 1 ladies is Doyin. She opted for a tie-dye bikini that had an accompanying wrap-around.

The Level 2 Housemates who had their Pool Party a week later than Level 1 certainly outdid themselves. The ladies brought the bikini game and made sure to show them off, much to the delight of the men in the House 😁. 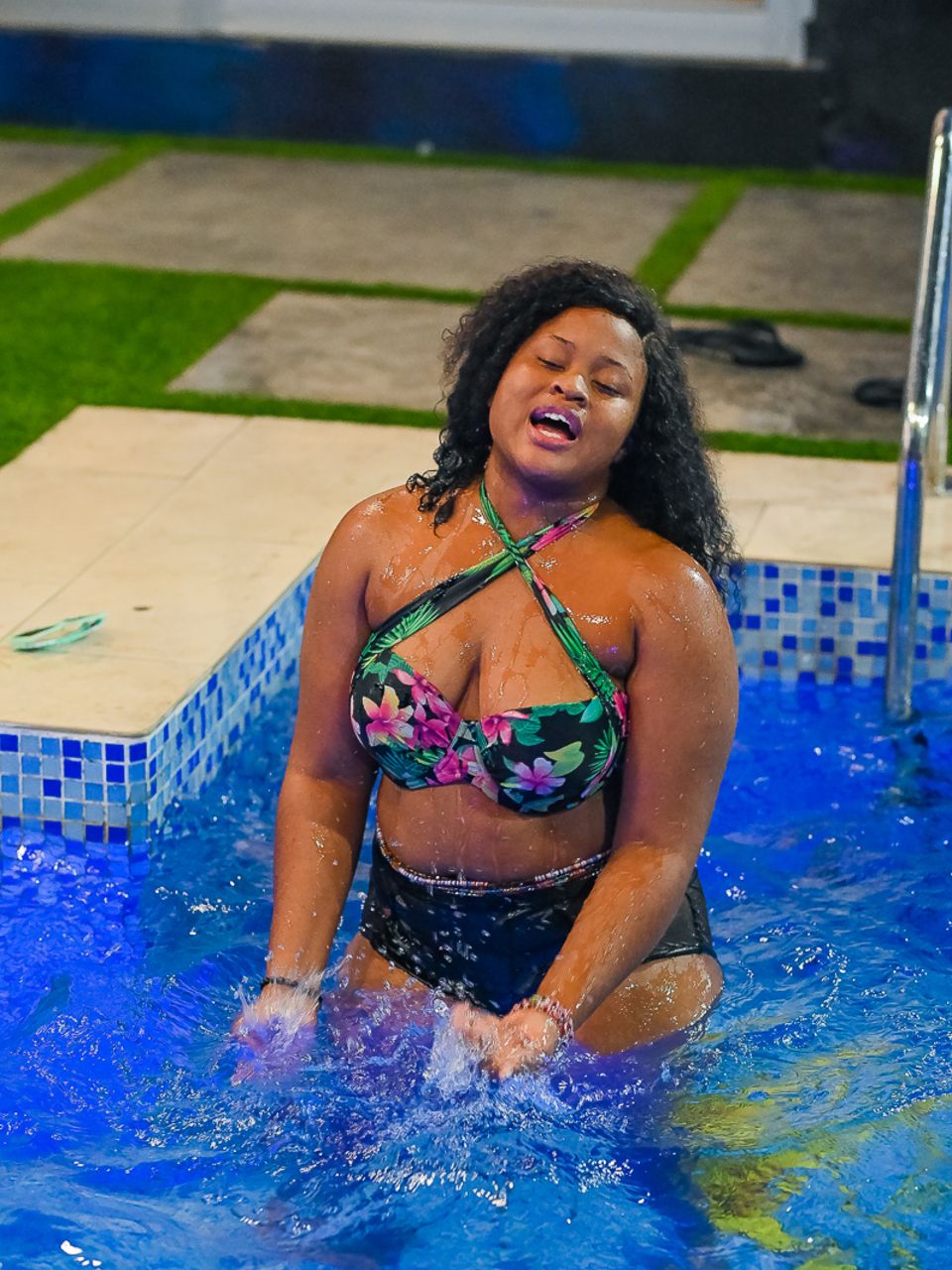 The out-spoken Amaka let her curves speak for her this time around. She adorned a two-piece floral print bikini with black bottoms that playfully teased prying eyes. 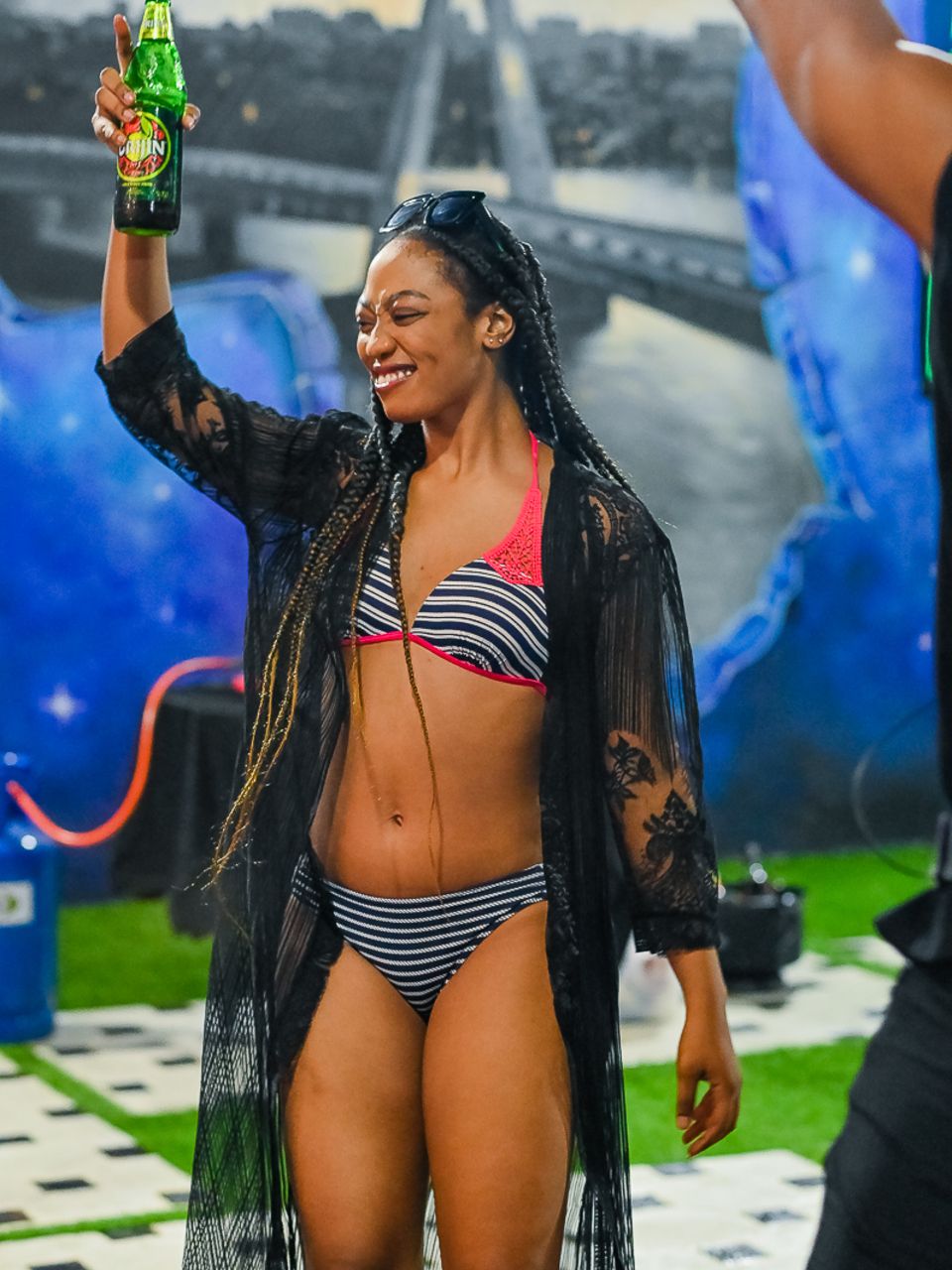 Christy O was giving lady vibes with her sheer black kimono that she wore over her striped bikini and we loved it! 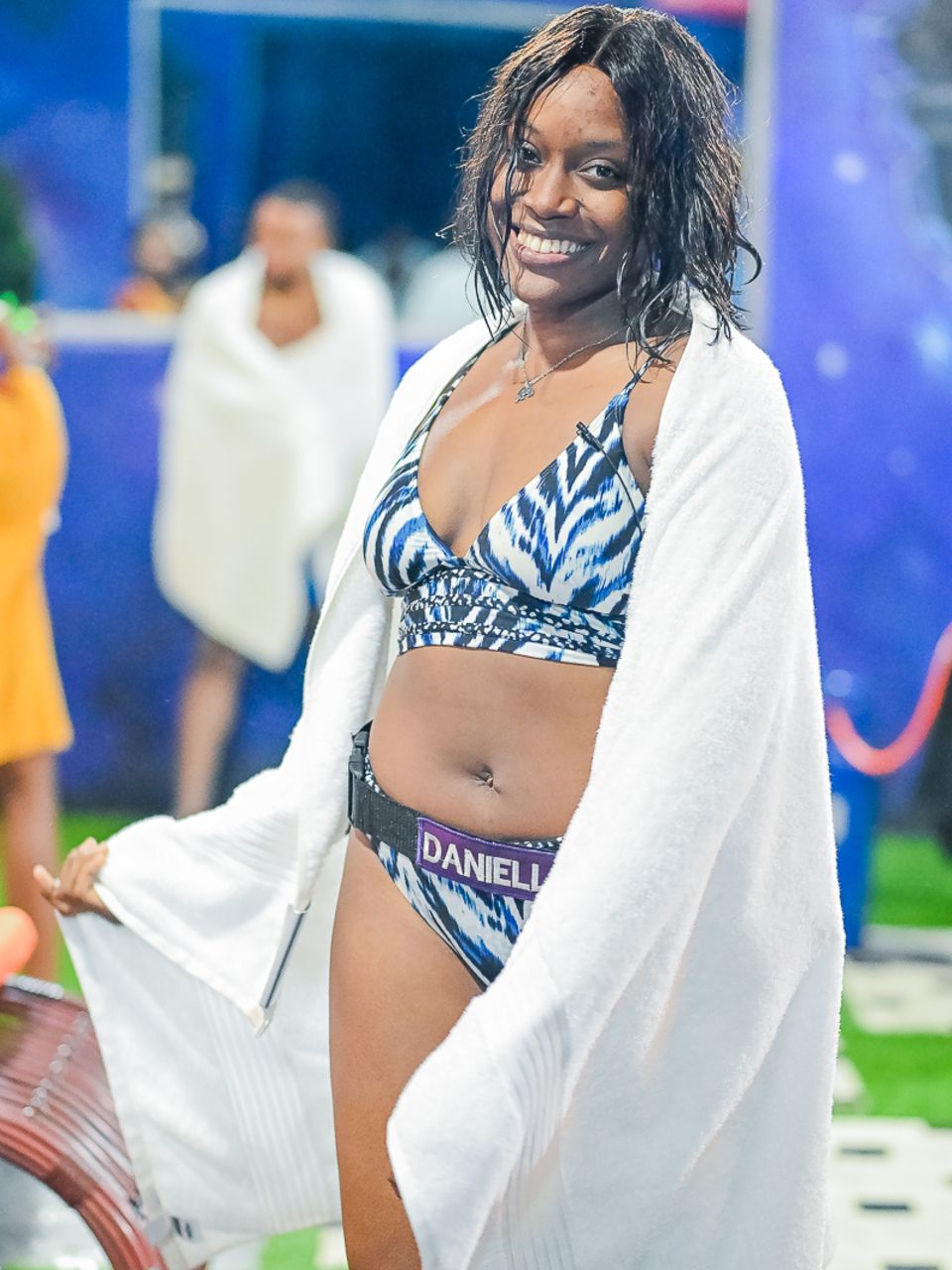 Daniella was serving sweet girl vibes during last week's Pool Party with her white sheer kimono that she wore over her geometric print bikini.

Ilebaye wasted no time in showing off her artwork her brightly coloured orange bikini complimented her tattoo and her skin tone beautifully. 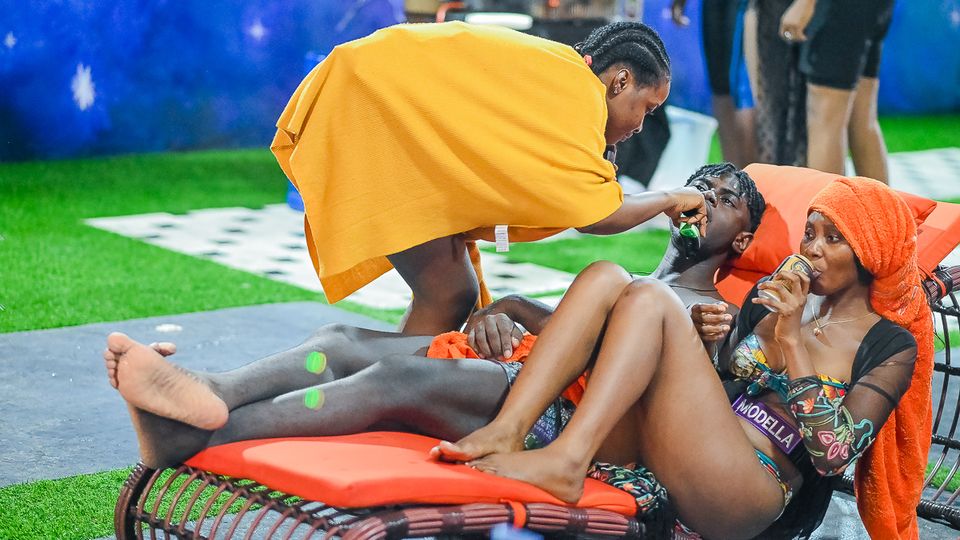 Modella was chill during the Pool Party in her floral print bikini and her sheer kimono that had matching trimming. 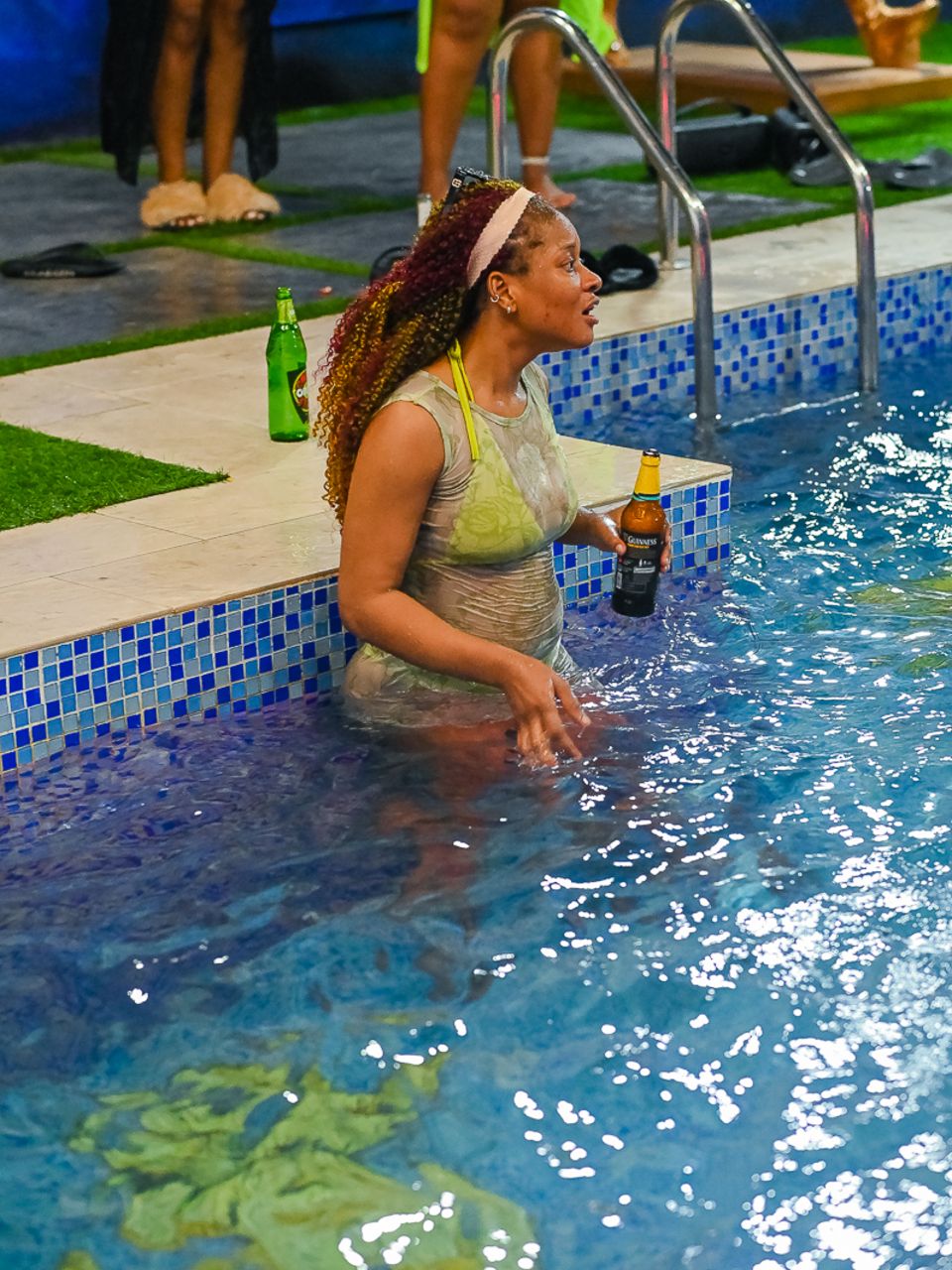 To close off our collection, we have the lovely Phyna who opted for a neon green bikini that she wore under her knitted cover-up.

Video
BBNaija Gist: Groovy and Phyna are a confirmed ship – BBNaija
Groovy’s Big Brother Naija Season 7 story is intertwined with not one, not two but five ladies in the Level Up House. From his abruptly ended ship with Beauty to his now confirmed one with Phyna, the once referred to as “strawberry boy” by Amaka entered a lot of ladies’ eyes in Biggie’s House and Ebuka is here to make him spill.
Video
Day 64: Week 9 in the Level Up House – BBNaija
From Chichi’s HoH and Supreme Veto Power win to Shella breaking up and then making up, we have seen yet another week of jaw-dropping content in Biggie’s House.
News
Day 11: Level 1 Ladies crush on Deji – BBNaija
He is trending in both Houses among the ladies.
News
Day 5: Level 2 wins the cupcake Task – BBNaija
A much-needed reward awaited them in the Storeroom