News
02 August 2022
Beauty and Ilebaye are fighting again, and many think it's over Groovy!
Subscribe to watch

#BBNaija Level Up has given us a lot of drama, and at the centre of these bust-ups are the budding ships that seem to be taking prime place.

One situationship that has gained attention lately is that of Beauty and Groovy. This pair looks great together, and although they have not clearly defined their relationship, everyone in the House seems to be in agreement that Beauty and Groovy are a couple. However, this union has led to a lot of tense moments that are also threatening to spill over into Level 1.

This afternoon, Ilebaye and Beauty got into a shouting match in the Garden over "unwashed dishes", an argument many in Level 2 are diagnosing as being very far removed from the Kitchen and cleanliness.

The back and forth between the two, who also had a fracas in the early hours of Sunday that earned them a talking-to from Biggie, started when Beauty responded to a call by Ilebaye for Housemates to wash their dishes after eating. When Ilebaye told Beauty to "shut up", the latter took exception.

While analysing the drama, Christy O told Ilebaye she had overreacted to Beauty’s statement and it felt like she was attacking her. She also said Beauty may have an issue with Ilebaye because she thinks she has a crush on Groovy. In response to this, Ilebaye said she could never have a thing with him, not even outside the House.

Day 8: Strike one for Beauty and a warning for Ilebaye – BBNaija

Beauty, on the other hand, was pulled to the side by Amaka and Phyna, who also were of the idea that the fight was about Groovy. The girls advised her not to let her feelings for Groovy cloud her judgement. "The cause of all of this is that Ilebaye has a crush on Groovy; that’s what’s spreading in the House. If you keep reacting like this, it will seem like you’re into him much more than he is into you. You’ll look like a troublesome girlfriend. Remember who you are. You are Miss Nigeria 2019," they told her. 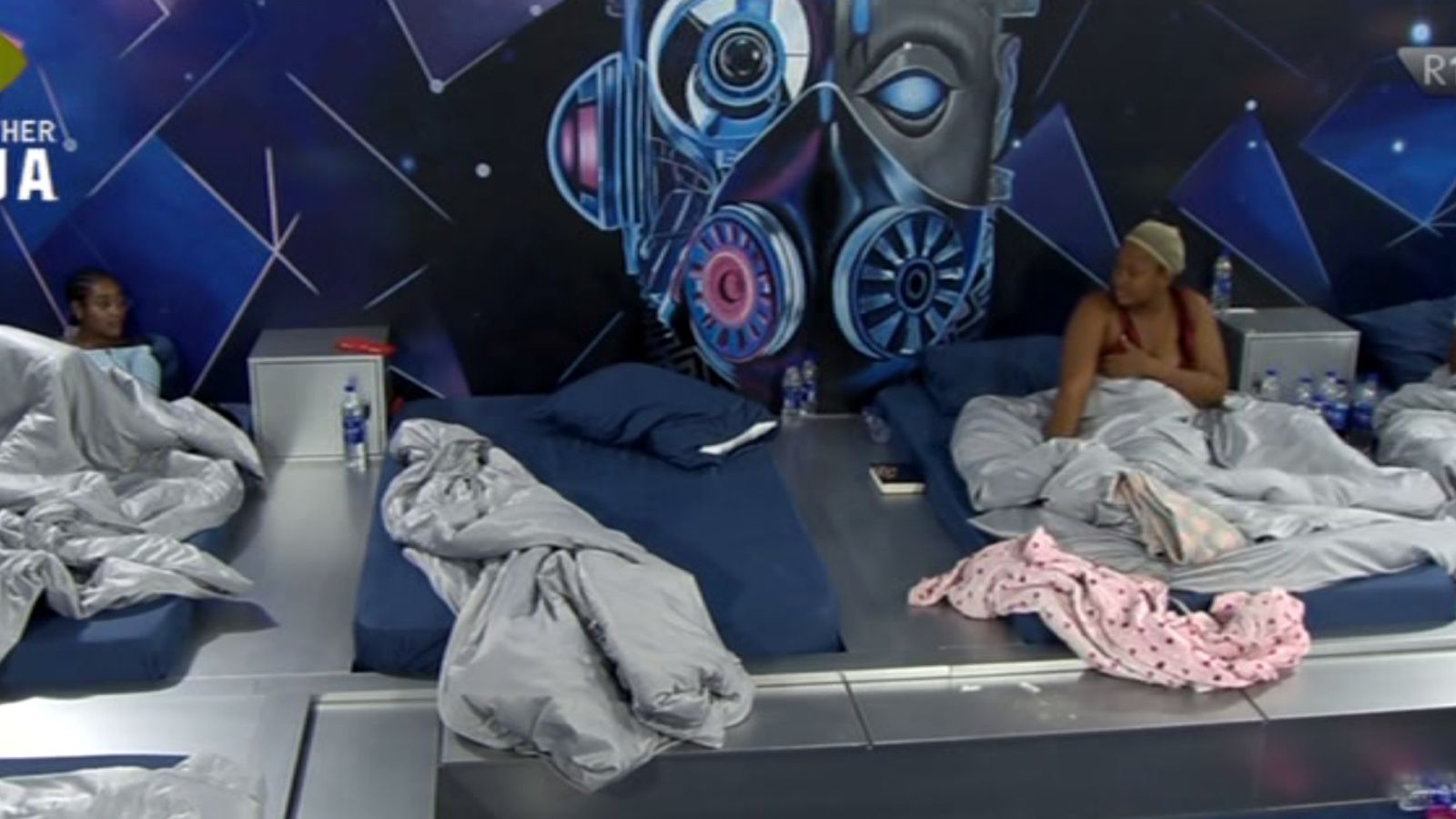 While all this was going on in Level 2, there seemed to be another connected plot developing over in Level 1, that also involves the man of the hour, Groovy.

Chichi and Chomzy had a little moment on the couch today where they had a heart-to-heart about various issues in the House. While having their conversation, Chichi revealed she likes Groovy and wasn’t into any guy on her Level. In a twist, Chomzy who had kept mum when Chichi revealed her affection for Groovy, also confessed the same to Deji when the two had a conversation later in the day. Deji had asked who she liked in Level 2 and she mentioned Groovy, to which Deji replied “The same guy Chichi likes?” Chomzy, knowing this may possibly cause some drama, responded by telling him: “Don’t tell her o!" 😂  Although Chomzy says she's no longer interested because she found out Groovy is with Beauty, imagine when Chichi realises Chomzy also has an interest in the same man? 👀 Wahala go full everywhere o! 🤣

Day 10: Chichi's got a thing for Deji – BBNaija

Later on in Level 2, Beauty confronted Groovy in a tense conversation under the duvet where she warned him to never mention her name in any conversation with Daniella and Ilebaye again. "I get that Daniella and Ilebaye are your friends, but don’t mention my name when you are with them. I don’t know about Daniella, but I am done with Ilebaye. I am done," she told him.

She also told him it was best that they not sleep in the same bed again. During this conversation, Groovy apologised profusely and said he would make sure today's events never happen again.  "I feel like you are overthinking this thing, but I am going to set boundaries. Things will be different I promise," he said.

Whatever the case may be, we can’t help but notice Groovy is unwittingly at the centre of altercations on Level 2, and maybe the subject of another in Level 1 in the future.

Amaka, Christy O, Cyph, Khalid, and Phyna have been Nominated and are up for possible Eviction. You have until Thursday 21:00 WAT/ 22:00 CAT to Vote for your favourite Level Up Housemate on Mobile, Web, and the MyDStv or MyGOtv apps. Watch the show live on the 24-hour channels 198 on DStv and 29 on GOtv. Fans across Africa and the UK can sign up on the streaming service Showmax. Make sure you don't miss anything from Biggie's world on our website and be part of the #BBNaija gist on Twitter, Instagram, Facebook, and TikTok. Season 7 of Big Brother Naija is sponsored by headline sponsor Pocket app and associate sponsor Flutterwave.

Video
Day 16: Ilebaye and Bryann lock horns – BBNaija
Ilebaye and Bryann had a go at each other over Bryann’s perceived inability to be rational where Modella is involved.
Video
Day 11: Pre game madness – BBNaija
A mock Task set by Biggie leads to a bit of chaos in the #BBNaija Level 2 House. Phyna and Bryann lock horns over her involvement in the game while Khalid scolds Amaka over her defence of Phyna.
News
Day 7: Chomzy unwittingly upsets Groovy and Beauty's ship – BBNaija
Beauty couldn't stand the fact that Groovy found Chomzy attractive
News
Day 16: Bryann, Groovy, Ilebaye, Khalid and Phyna are Nominated – BBNaija
Adekunle made the tough decision to Nominate five Level 2 Housemates without the assistance of his fellow Housemates.