News
08 September 2021
We’ve got ourselves certified food lovers in the BBNaija House and we will tell you why.
Subscribe to watch

Every season, we have new Housemates with unique personalities, but one thing they all have in common is their love of food. The Shine Ya Eye Geng is no exception, and what makes them stand out even more is their voracious appetite. From the break of dawn to almost the break of the next dawn, you will find them making their way to and fro the kitchen with plates full of meals. The speed with which they run into the kitchen after morning workouts or some task is evidence enough that they don't mess with their food. 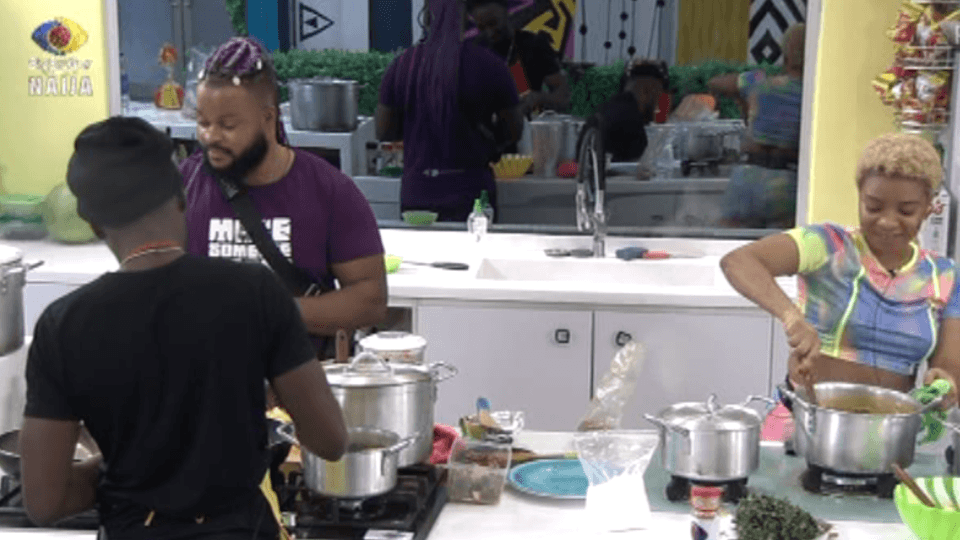 If you ever attempt to close down their kitchen or they run out of food, the House will collapse. Wait, that did almost happen. There was a shortage of food and a major shakeup in the kitchen workforce almost had the House at its knees.

The House nearly fell apart once Pere tried to get Whitemoney, the resident cook, to stop cooking and let other Housemates do it. From lamentations about food shortages to complaints about meals being prepared, the House has never had it so bad. When the geng could no longer bear the hunger, they demanded a return to the status quo. It looked like a coup was imminent if Whitemoney didn't return to the kitchen to ensure they had steady meals.

Day 21: Whitemoney is back in the kitchen – BBNaija

Running out of food

Additionally, they had a bad habit of wasting food along with their voracious appetite. There were so many instances of this that it was concerning. They enjoyed the luxury of free food at first, but as soon as they had to pay for it, things changed. Having to pay for it meant a reduction in ration and that’s when things got so bad in the House and apart from lamenting to Biggie every chance they had in the Diary Room, the Housemates started hoarding noodles.

Day 5: Will the House run out of food? – BBNaija

You really can't blame the geng for hiding noodles. This is a staple in the House. It is their main meal, backup meal, light snack, midnight snack and everyday meal. So, when desperate times hit the House, we really weren’t surprised they resorted to hiding noodles until Pere insisted that it be shared by all. Good move too cause this meal came in handy for the geng at odd times in the House.

Watch Pere lay down the law

Another impressive feat is how this geng can eat at odd hours. There is no time too late or too early for them to whip up a meal. Long after the Jacuzzi or Saturday Night Party, you will find the geng in the kitchen cooking up a storm. They often joke about their weight gain, but that has never deterred them from taking another spoonful. 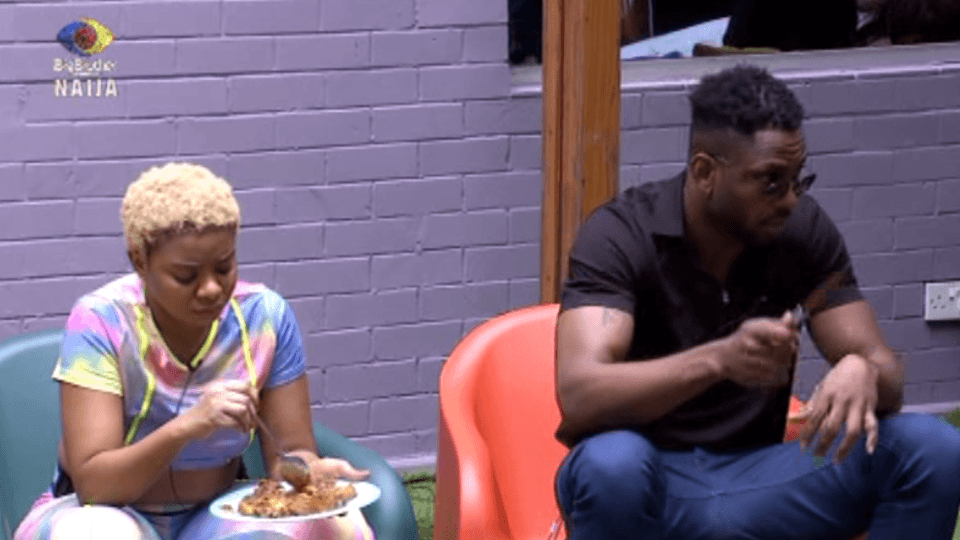 We love our certified food lovers and as long as they are guests in our House, we will continue to feed them as much as they want. Hopefully, they will put in more effort during their workout session to burn off the weight gain.

Video
Last round with EmmaRose – BBNaija
Tega confronts Pere about his lack of support for her. Cross apologises to Saskay and EmmaRose explain their relationship one last time.
Video
Tega and Boma come clean – BBNaija
While Tega explains her marital status and the perceived scandal between her and Boma, things between Beatrice and Maria become almost physical.
Video
Day 46: Lovers back home – BBNaija
Absence makes the heart grow fonder it seems. Away from the ladies they love, Pere and Yousef's hearts goes out to them.
News
Day 46: From zero to 100, real quick!
First, they kept us entertained with games and the next minute, it ended in shouts and some gbas gbos.