News
31 July 2022
The day we had all been waiting for arrived and it was spectacular!
Subscribe to Watch

Since the beginning of the Uncle Limbani comedy on Zambezi Magic DStv Channel 162 and GOtv Supa Channel 5, Limbani and Gertrude’s relationship has always been a hot topic for us all.

Firstly, many of us thought the couple had been married for a long time, after all the son Dalitso was in the picture but that’s where most of us got it wrong! When the secrets started spilling in season two as Limbani and Gertrude’s planned for their big wedding, that’s when we realized – not only did Gertrude have us fooled, Limbani himself was clueless about his long-time fiancé’s past life.

Gertrude was once married as Ebenezer, her husband revealed when suddenly showed up to her house to claim the wife that was once his. Speaking of the house, Tobias’ has been blackmailing Gertrude about telling Limbani the truth about their home. The truth is, the house is owned by Gertrude’s mother, Liznet and Limbani has been paying rent to his mother-in-law all along! We wonder what will happen once this can of worms is popped.

We all saw how the two love birds prepared for their wedding day! From the lobola, wedding planning all the way to the big day. Remember how cheap Gertrude’s lobola was? We could say Limbani was pinching his pocket for the wedding day because he made sure his Guest of Honor Jonathan had his personal toilet to use at the reception! In attendance where all of Limbani’s friends and enemies included. There was a great MC but Limbani occasionally took over the microphone to serenade his guests.

Have you ever seen a groom arrive to his wedding in style? Limbani did just that with the support of a vibrant bridal party and a colourful suit. He arrived with half his body hanging outside the car, only excitement can do this to someone! To top it all off, Limbani’s mother-in-law Liznet broke it down on the dance floor like never before. It was a sight to behold and there is no doubt that the guests were thoroughly entertained. Zambezi Magic audience also didn’t hold back on how much they enjoyed this wedding.

Here’s how the Zambezi Magic fam reacted to Uncle Limbani and Gertrude’s wedding: 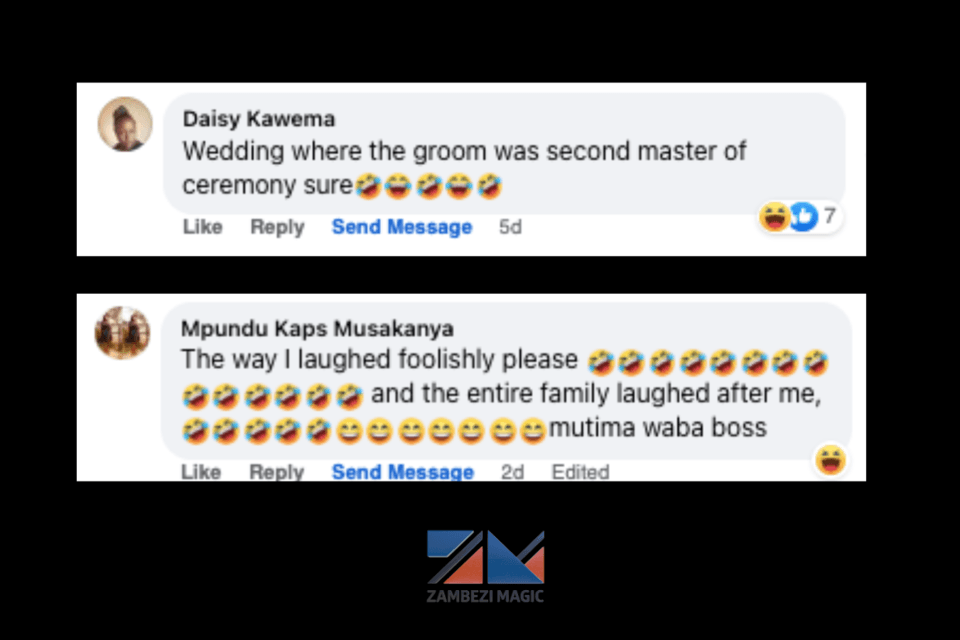 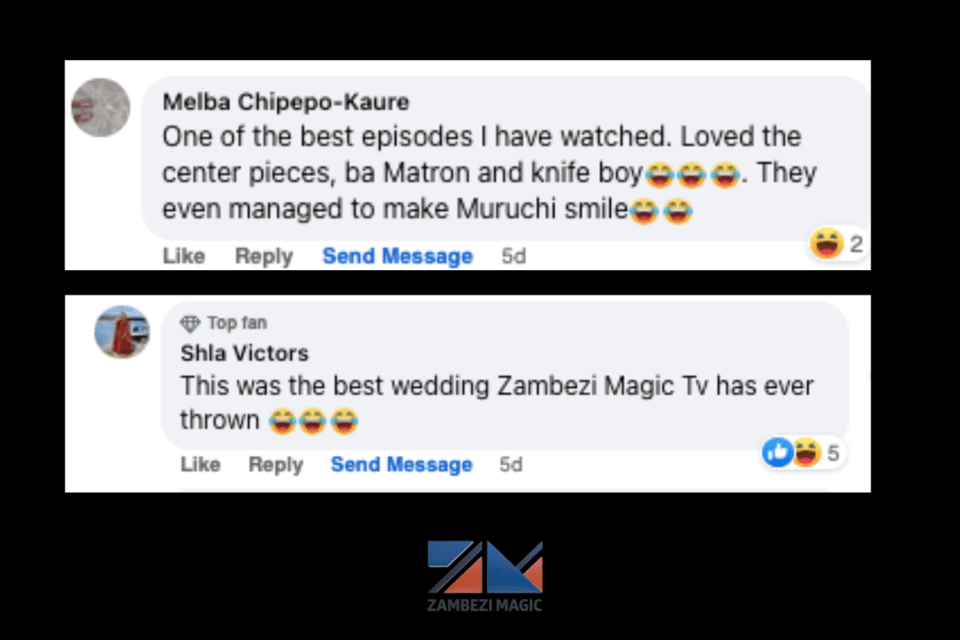 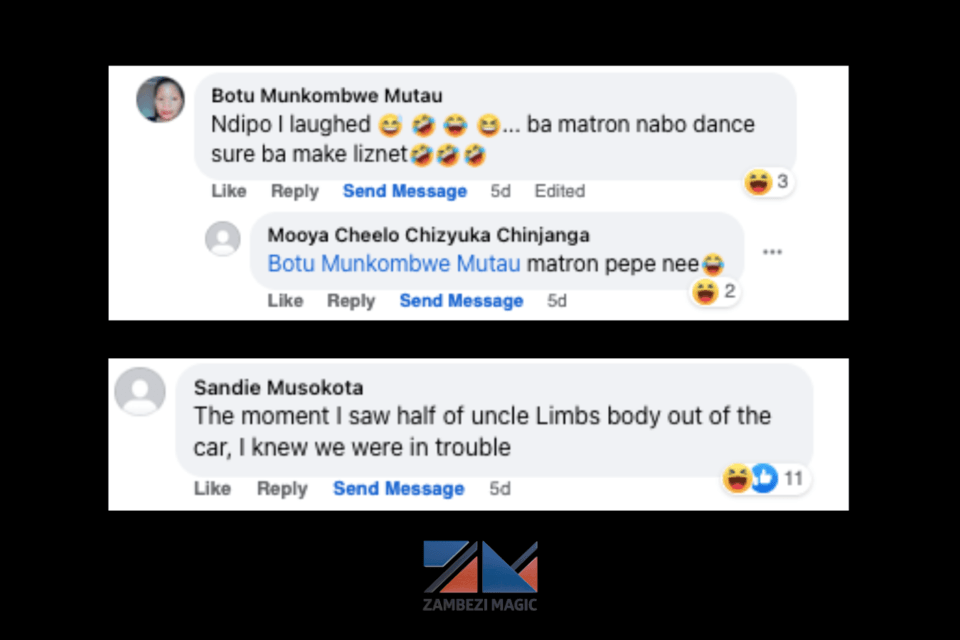 There you have it – the wedding of the year and we are only in July!