A wild and murderous ride is in store for Grace and her family in this explosive first season of Zisinsi. In the drama series, a small group of people tied together by shameful secrets, fall from prominence to insignificance, in a heartbeat. 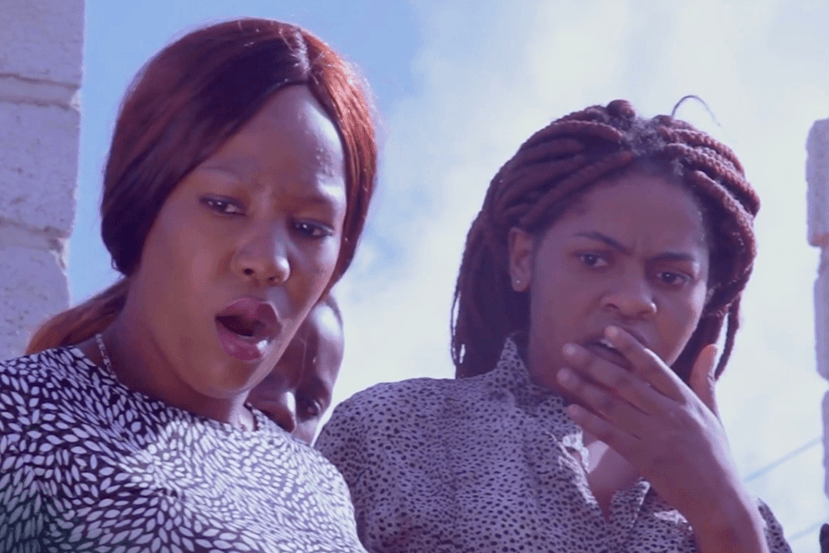 When Grace falls pregnant, her father’s worst fears are realised ­– or so he thinks. Impulsively, Sugar kicks his daughter out of the house just as a spate of murders begins in the compound.

But Sugar’s troubles are just beginning. Ugly rumours begin to surface about his family affairs, tarnishing Sugar’s “good name” as a church leader in the compound. His worries only compounded by the rising number of ‘ritual killings’ in the city.

While Grace's father battles with the guilt of kicking his pregnant daughter out of the house in the midst of such dangerous times, Grace’s boyfriend Duncan, in fear, also rejects her leaving Grace out on her own – and deathly vulnerable.

Desperate for shelter, Grace moves around from pillar to post and is exposed to a world full of shady characters, crooked dealings and terrible secrets. No one can be trusted, and every kind gesture carries a hidden agenda.

Inevitably the killers catch up to her too and by then, her only chance of escape is if the few good men deployed to track her down can find her in time (including her father and Duncan).

What YOU can look forward to on Zisinsi
As the dark and shameful secrets of some of Lusaka’s most prominent families come to light, what extremes will their owners go to to protect themselves? And will help arrive in time for Grace?

Make it a date with #Zisinsi every Monday and Tuesday at 21:30hrs on #OneZed DStv CH 172 and GOtv CH 8 and stay glued as the drama unfolds!

News
Spoiler Alert: What’s coming up on OneZed this November?
Here’s what you can watch this month as you prep for a very festive season.
News
Most unforgettable moments this month on OneZed
In case you missed them, here are 12 things that happened on OneZed this October!
Video
Trouble comes in threes – Zisinsi
In this season opener of Zisinsi, Grace is confronted with a dead body in the compound, unexpectedly evicted from her home by her father, and then is rejected by her long-term boyfriend Duncan.
Video
Ugly whispers – Zisinsi
Speculation runs rife when despite the cartels order to stop the killings - the spate continues, and Grace's father faces ugly rumours from his fellow congregants