Kunkeyani Phiri goes by the name 'Smoke' on your favourite comedy series Bogade. He is the last born in the family of three and upcoming rapper who doesn't care much about life except his music. He together with his brother and sister, Mulenga and Mwansa are left to care for the house after their parents leave for the USA. 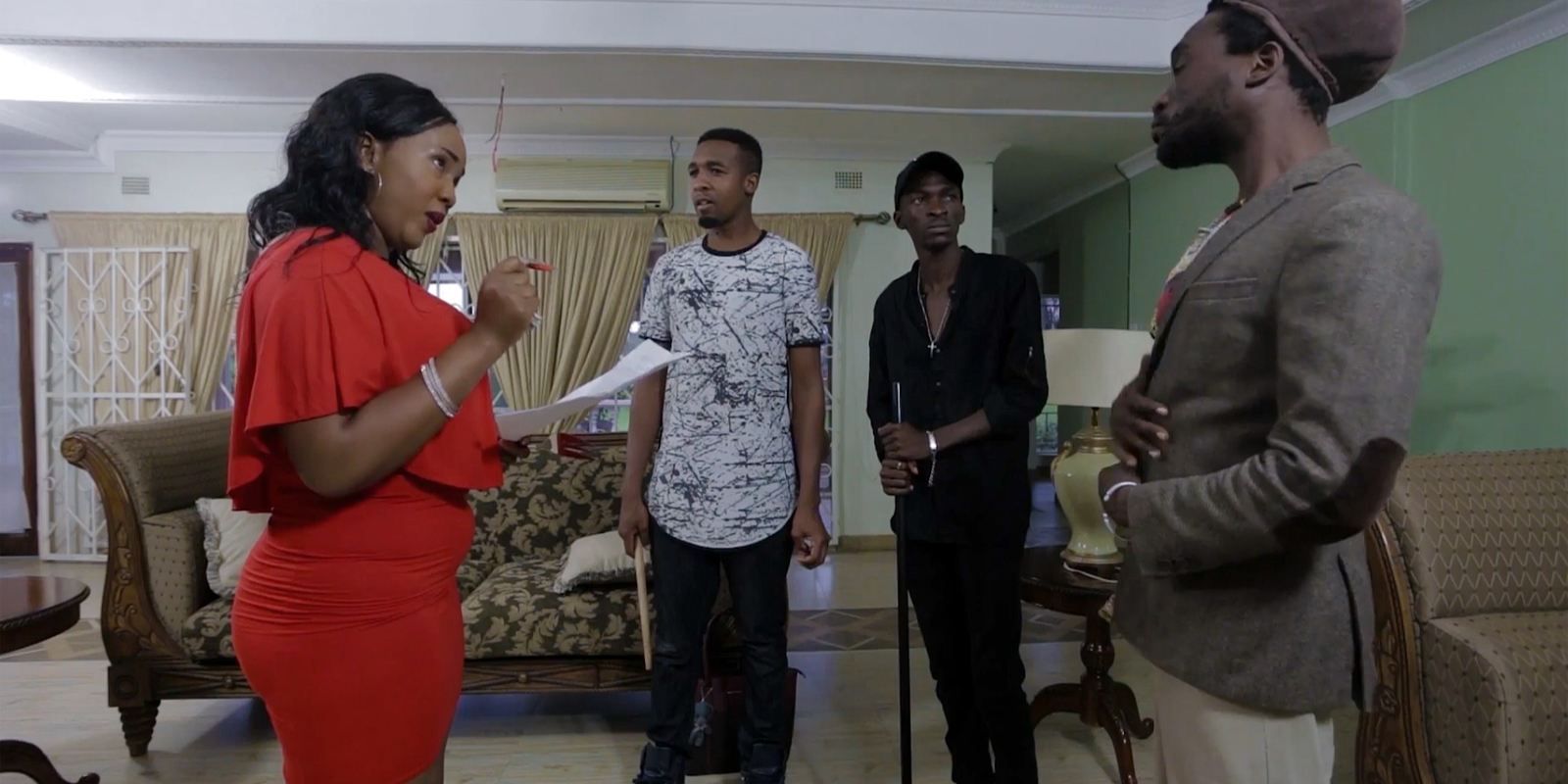 Pandemonium breaks out in the house as the unruly kids get out of control. Then their parents decide that their uncle, Jumbe from the village should move in with them and brings a rather new dimension to the politics of the house.

Outside of Bogade, Phiri is an artist popularly known as “Kunkeyani tha jedi”.

Kunkeyani was born in Lusaka Zambia in 1992 and completed Grade 12 in 2010. He studied marketing but decided to venture into music.

He describes himself as the 'lyrical master' and his main focus is hip-hop music.

He was discovered by music producer Peezy Cables in 2010 and today he's grown to become one of the best hip-hop artists in Zambia.

Here's one of the interviews he's had recently

Here is one of his favourite tracks:

Bogade airs on One Zed Tv every Tuesdays at 20h00

Video
Snakes and Ladders premieres this September! – One Zed
In an exciting manner this drama exposes the struggles of a typical miner in the copper-belt of Zambia when Chongo is framed at work and faces a harsh jail sentence.
Video
Officer sleeping on duty – Landlady Meets Landlord
The detective is caught sleeping on the job and he threatens to arrest the young lady for laughing at him. Libeli is causing chaos, threatening to beat up anyone who insults her.
Video
Jessy Dingase Phiri Tribute – Zambezi Magic
In loving memory of a fearless pioneer
Video
On The Couch with Henry BJ Phiri – Uncle Limbani
Kaliwa ‘The Black Stallion” interviews prolific comedic actor Henry BJ Phiri about how is character Limbani from Zuba received the spin-off show Uncle Limbani.