Mzansi Magic's The Queen became the first South African telenovela to produce and air a crossover episode. This defining moment was compared to the internationally acclaimed How to Get Away With Murder crossover when Annalise Keating invited Olivia Pope (The Fixer ) to her lecture room.

Ferguson Films continues to push the creative boundaries through storytelling, and the crossover was one such example of how collaborations in the industry can make history. We sat down with the formidable actress and production company owner, Connie Ferguson who gave us the tea on what went into South Africa's first telenovela crossover. She also shares her own favourite moments on set...excited yet? 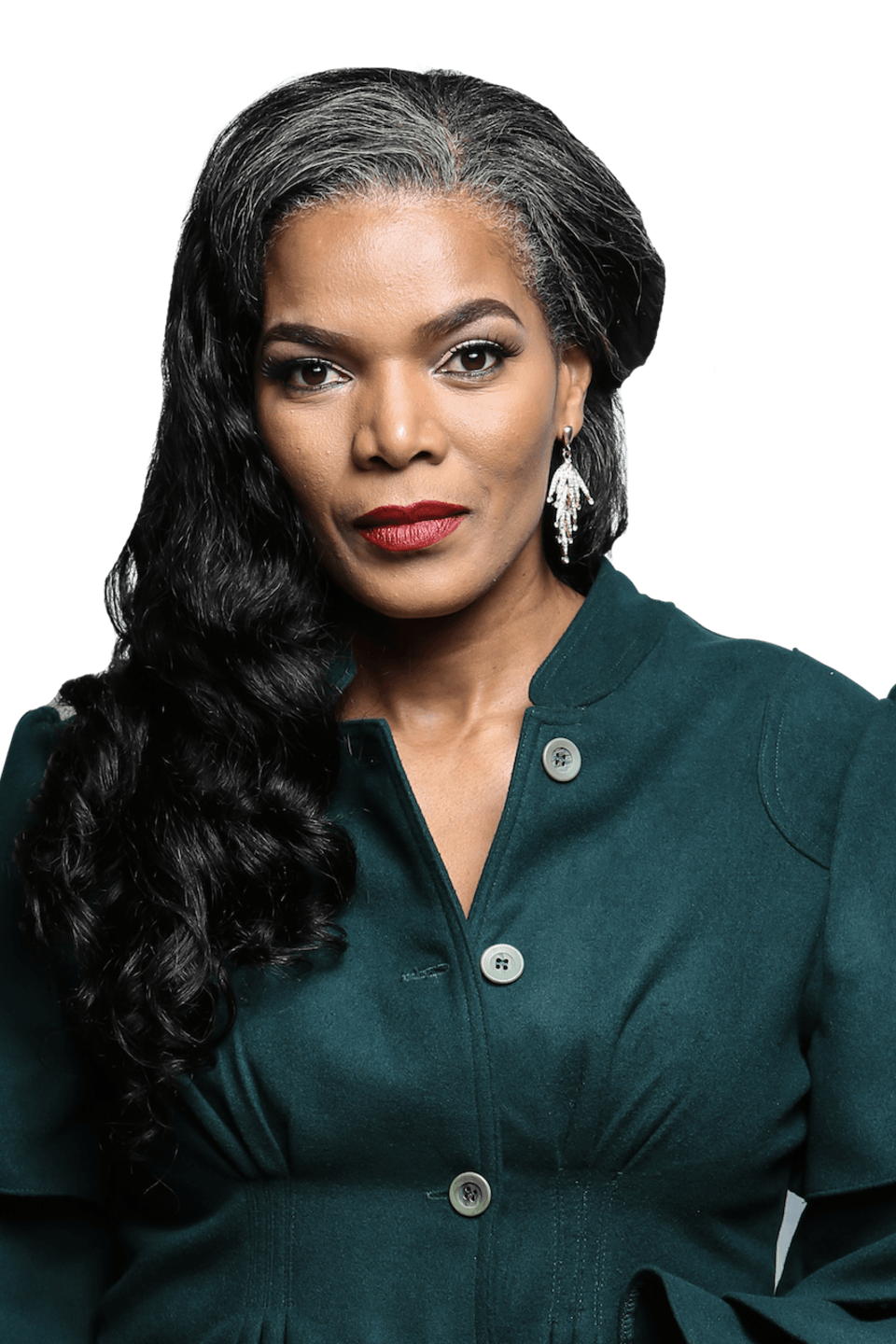 1. The Queen became the very first Telenovela in Mzansi to have a crossover episode, how does it feel to have such an inspirational ‘first’ under your belt? 🙌

It’s a great feeling. I remember how excited we all were that we were finally going to make it happen. Having the same writing team as Tshedza made it easier to plan and work in timelines that worked for both The Queen and The River!

2. How did the inspiration for the crossover episode come about? 💡

We grew up watching international soapies and it was fascinating how they were able to cross characters across shows! Harriet and Lindiwe are both very aspirational alpha females, and we saw an opportunity to bring them together to take down one of Lindiwe’s foes, and when Harriet was in prison, Lindiwe responded in kind and helped a sister out!

3. Was the crossover impactful? Seeing as you and Lindiwe Dikana are strong female leads? 💪

💯  Both shows got a lot of traction during those episodes, and viewers were very excited by the friendship and sisterhood of the two characters.

4. What were your favourite moments on set with Sindi Dlathu?  👩 👧

One was the fact that we finally got to share a frame together! I know there’s one show we were on together. I think it was Soul City? But never really got to work that close. Secondly, the fact that she’s hardcore Zulu and I’m hardcore Tswana, and as a character, she’s a lot more raw and Harriet refined, which made for an interesting dynamic! 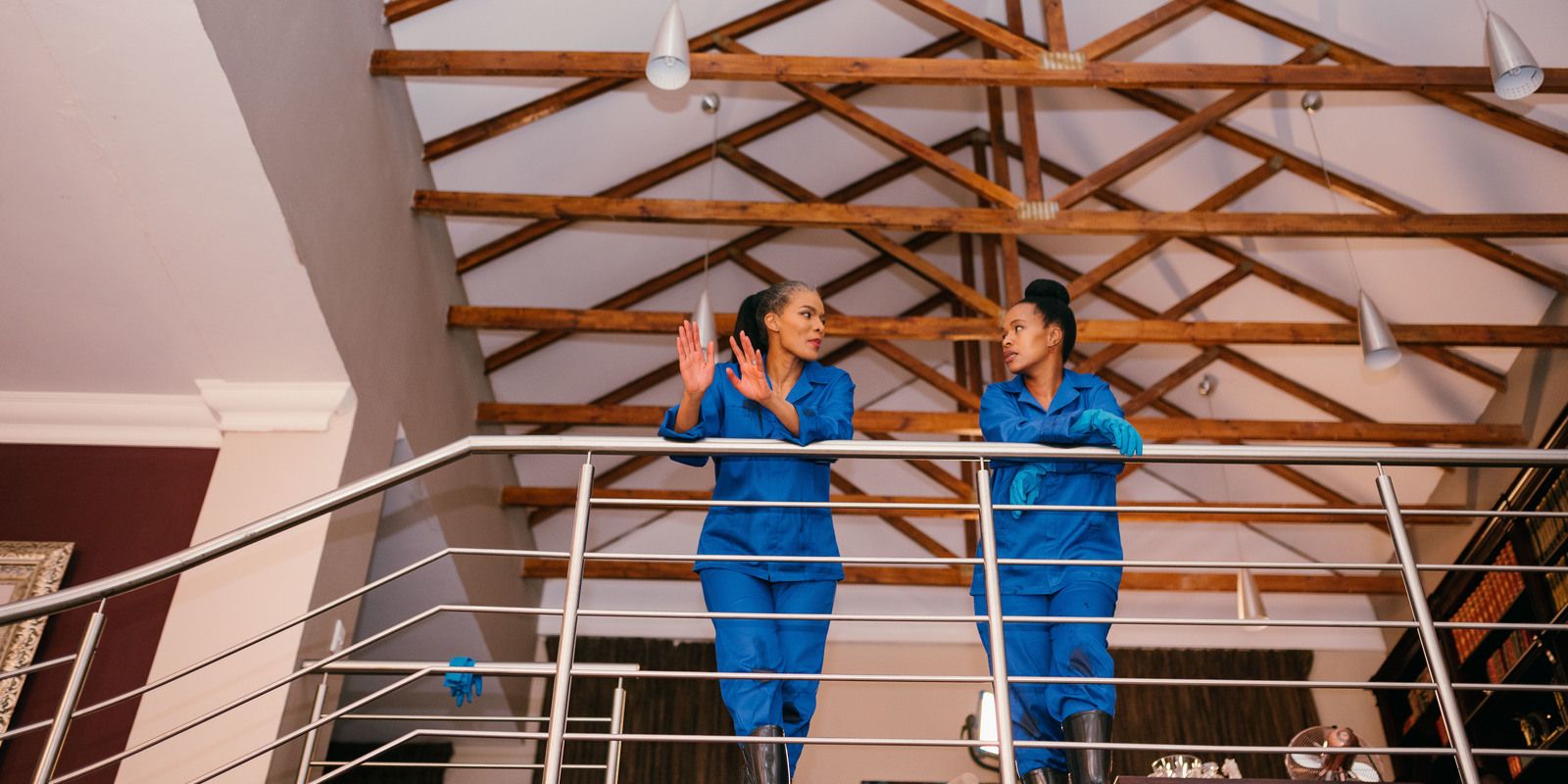 5. What were your favourite scenes to shoot as Harriet? 🎥

I’ve had so many it’s difficult to pick! I’ve enjoyed all the grimy action stuff, the torture stuff when Harriet had no choice but to do whatever it took for her and her family to survive! The Durban shoot was very memorable, and I can never forget Episode 1 of Season 1, where it all started, and that revelation that she was the one who put out a hit on her husband Mzi.

Check out Harriet's baddest moments below:

6. What were your favourite moments to shoot as a producer? 🎬

The Durban shoot where the Khoza’s finally get arrested at King Shaka Airport, the bombing of the boat at Shaka and Mmabatho’s wedding at the Vaal, and season 4 finale massacre at the Golf Course, where we see the demise of our favorite Captain Jerry Maake. Check out the drug bust below:

7. Which is your favourite season of The Queen and why? 🙌

Every season has been special and very memorable, but season 1 will always stand out because it was our first opportunity to produce a long-form! The excitement and anticipation from everyone was palpable! And five seasons in, we can only but be grateful for what that first season set up! 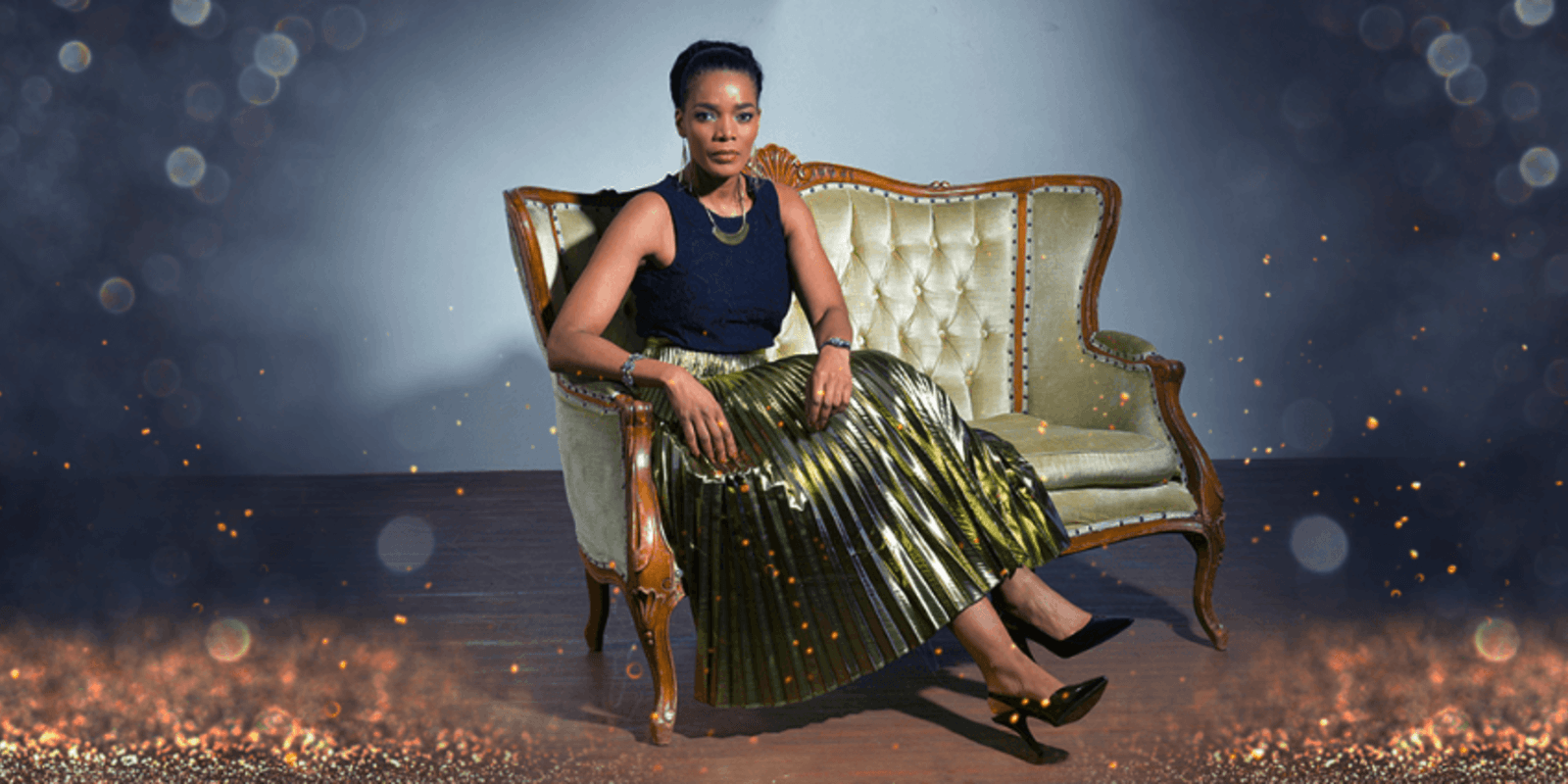 A Season One TBT

9. How is production dealing with the current Corona pandemic on set to keep their episodes rolling and audiences happy – and how has Mzansi Magic helped support the process?

We have employed the services of an independent Health and Safety Service Provider to implement all the prescribed levels protocols, observe that they are adhered to, do the daily screening of cast and crew, and bi-weekly sterilizing of the shooting location. We have been in constant communication with Mzansi Magic.

10. What special message do you have for Mzansi Magic as it turns 10? 🎉 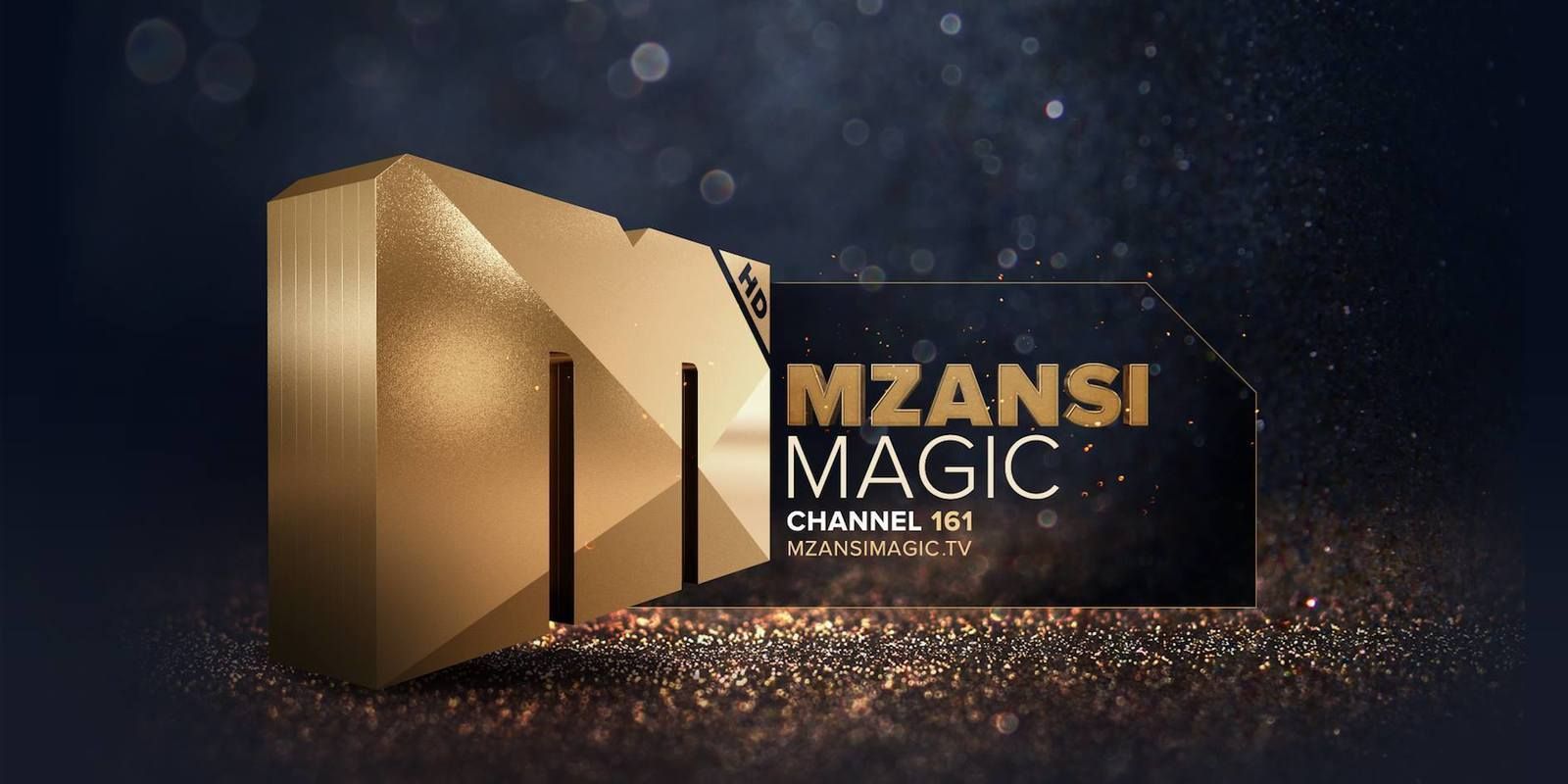 First and foremost a very happy 10th Year Mzansi Magic. We’ve experienced a lot of firsts with you! Our very first TV Drama Rockville was with you and it was also your first! Our very first Telenovela was also with you, and it was your first time taking the bold step of trusting a young company with a long-form show! We appreciate the risks you’ve taken with us, and are proud that they have paid off tenfold! We value the partnership, and wish you continued success! Onwards and upwards!

It's no surprise that Ferguson Films have added a crossover to the bag, The Queen is known not to shy away from exotic locations, exotic cars, top tier weddings and more. If you need a little visual recap of the crossover, you can check out the gallery below:

Why Harriet and Lindiwe are total goals

Have your say and follow the conversation using the hashtag #TheQueenMzansi on Twitter. Catch new episodes of The Queen Mondays to Fridays at 21:00 on Mzansi Magic, Channel 161. The Queen is also available on Catch up, you can also relive your favourite moments on Showmax.

Video
“You ruined my life” – The Queen
Patronella Zulu asks for Schumacher’s forgiveness in The Queen on Mzansi Magic. This comes after she found the money that she accused him of stealing. Schumacher opens a defamation case against Patronella after she ruined his life.
Video
MaJali got shot – The Queen
MaJali got shot during a shoot out between the Sebatas and the Khozas in The Queen on Mzansi Magic. The Sebatas were outnumbered by the Brutus Khoza and his sons, and they left the Khoza mansion. Meanwhile, MaJali is at the hospital fighting for her life.
News
Celebrating Mzansi queens this Women's Month
She is a woman, a mother, an amazing queen and this Women’s Month we celebrate all the amazing women of Mzansi.
Video
Shaka and Brutus should take the fall – The Queen
Lindiwe Dikana visits Harriet in custody and tells her to let Brutus and Shaka take the fall. She later visits Jerry. Martha and Vuyiswa discover what Petronella has been selling TGom’s clothes at the Corner House.