It was in 1990 – the same year that Nelson Mandela was released from prison – that James laid eyes on Thabitha.

James says she didn’t want him because he lived in the city. “For a whole year, she wouldn’t budge.”

However he persisted and it was in 1991 that she said yes to him after she saw how persistent he was .

“In 1997, James sent his family to ask for my hand in marriage,” says Thabitha. “He said he wanted my family to know who he was so he’d be free to visit me. When he finished paying the bride price, I moved into his parents’ home. We’ve been together since then and we had children. He said: ‘My dear, you have given me seven children, let me be an honourable man and marry you’.”

She says she loves that he is caring. “Even when he goes out to drink, he knows that there must be food on the table, the children must go to school and have a good life.”

“When I looked at Thabitha, I saw that she was a woman of few words,” says James. “Even if you make her cry, she’d rather cry than confront you. When that happens, I console her and ask her how I have wronged her. We sit and talk about it. I don’t find any fault with her, I’m content. I love her just the way she is.” 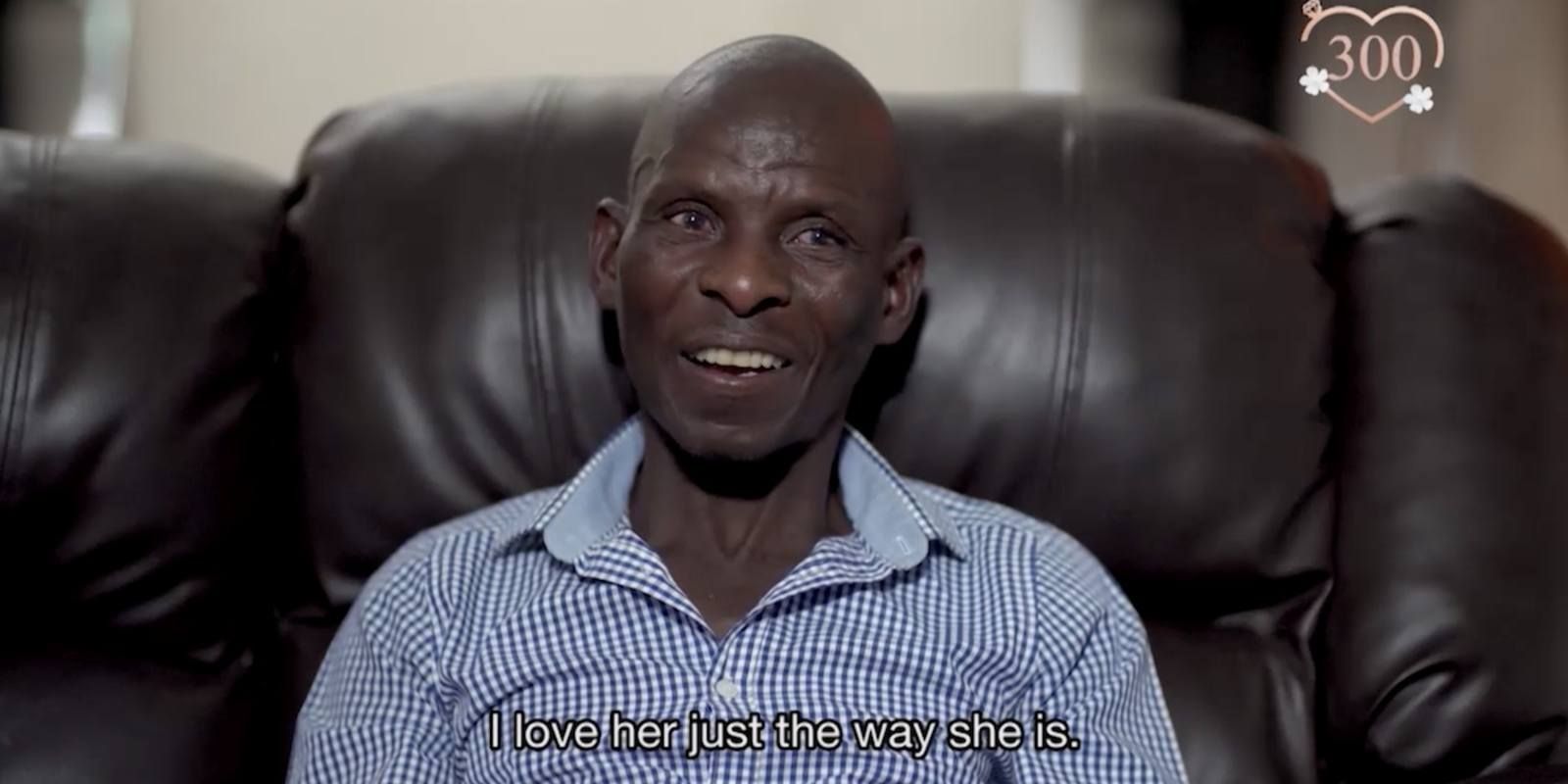 The couple are still heartbroken at having lost one of their twin daughters to malnutrition. At the time, James was unemployed. “I had lost my job,” he says. “I was struggling and had nothing. When I think about it, I feel this piercing pain in my heart. My child wouldn’t have died if I was working.”

But today, their love for each other and their family keeps them strong.

Video
Mr and Mrs Mnguni – OPW
Nkanyiso and Zandile exchange vows, rings and watches and are announced as husband and wife. They seal their beautiful union with a kiss.
News
Mmaphuti and Kenneth’s love story – OPW
They met while jogging.
Video
James Kante – I Blew It
International golf star James Kamte drank his his career away and blew his millions.
Video
Thabitha and James stick to the classics – OPW
Shades of blue and pink brighten up Thabitha and James’ big day. Decorator Mahlatsi Leshaba says there’ll be the option to have juice in the wine glasses.