News
07 May 2019
Nyanya Rukia is a series that revolves around a loud, busy body and cantankerous grandmother who is always meddling in people’s affairs.
Subscribe to Watch 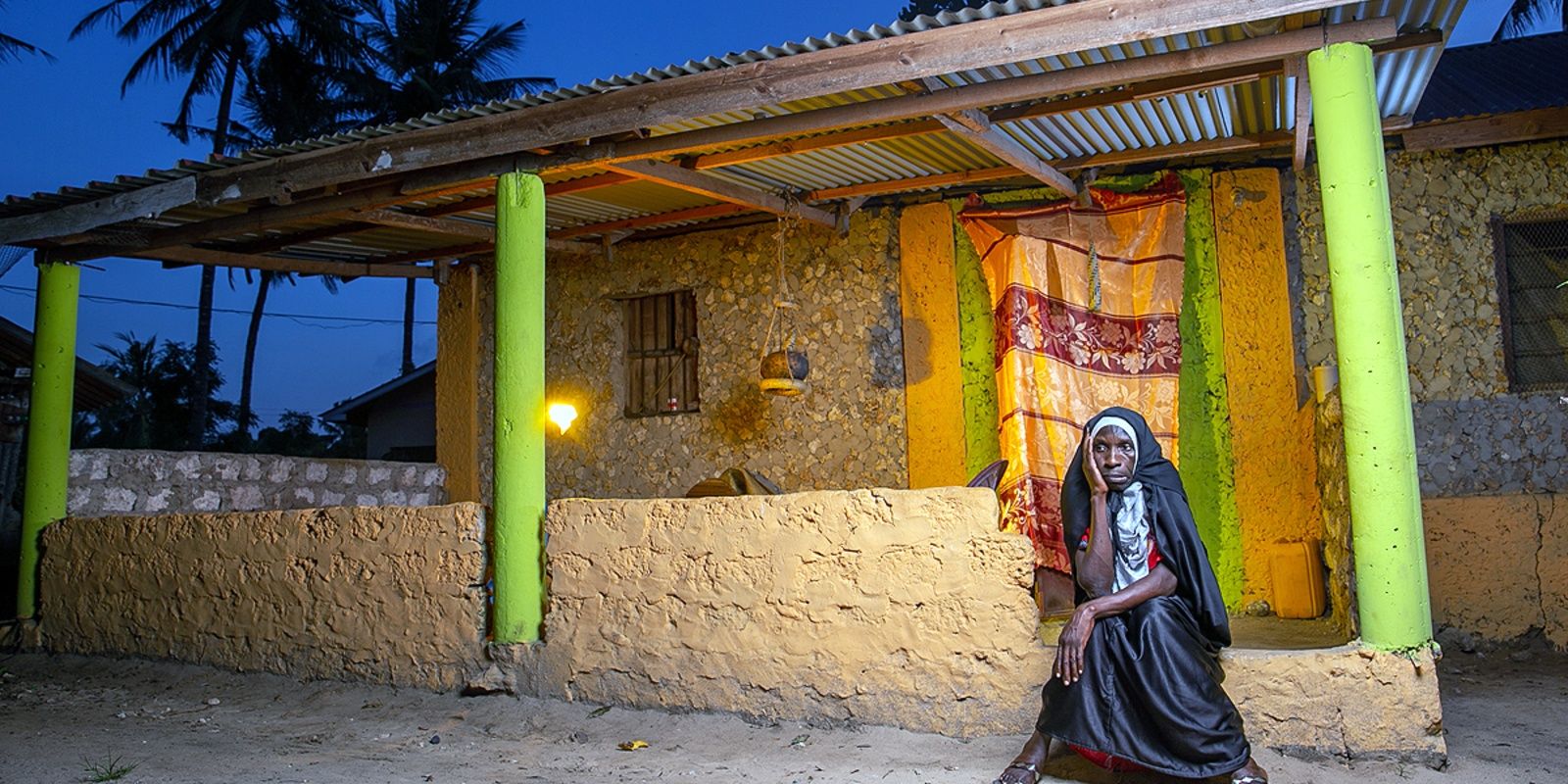 A fearless energetic Swahili grandmother who commands respect from both friends and foe. Straight firing, humorous, courageous who views life with the honesty of a child.

Nyanya Rakia has three children. Two from her first marriage in Zanzibar which ended up in divorce and a son with Rajab, her herbalist husband who is currently serving a fifty-year jail term for misleading a patient leading to her death. Her firstborn son lives in Zanzibar while her grownup daughter lives in Nairobi.

Athman, Nyanya Rakia’s last born lives and works in Dubai where remittance from him keeps Nyanya comfortable though always complaining. She adopted Mbotela, her sister’s son whom she brought up as her own. She is also taking care of her granddaughter Mariam, Athman’s daughter.

Nyanya Rukia is a landlady, a farmer, a business lady, an activist and a politician under water. 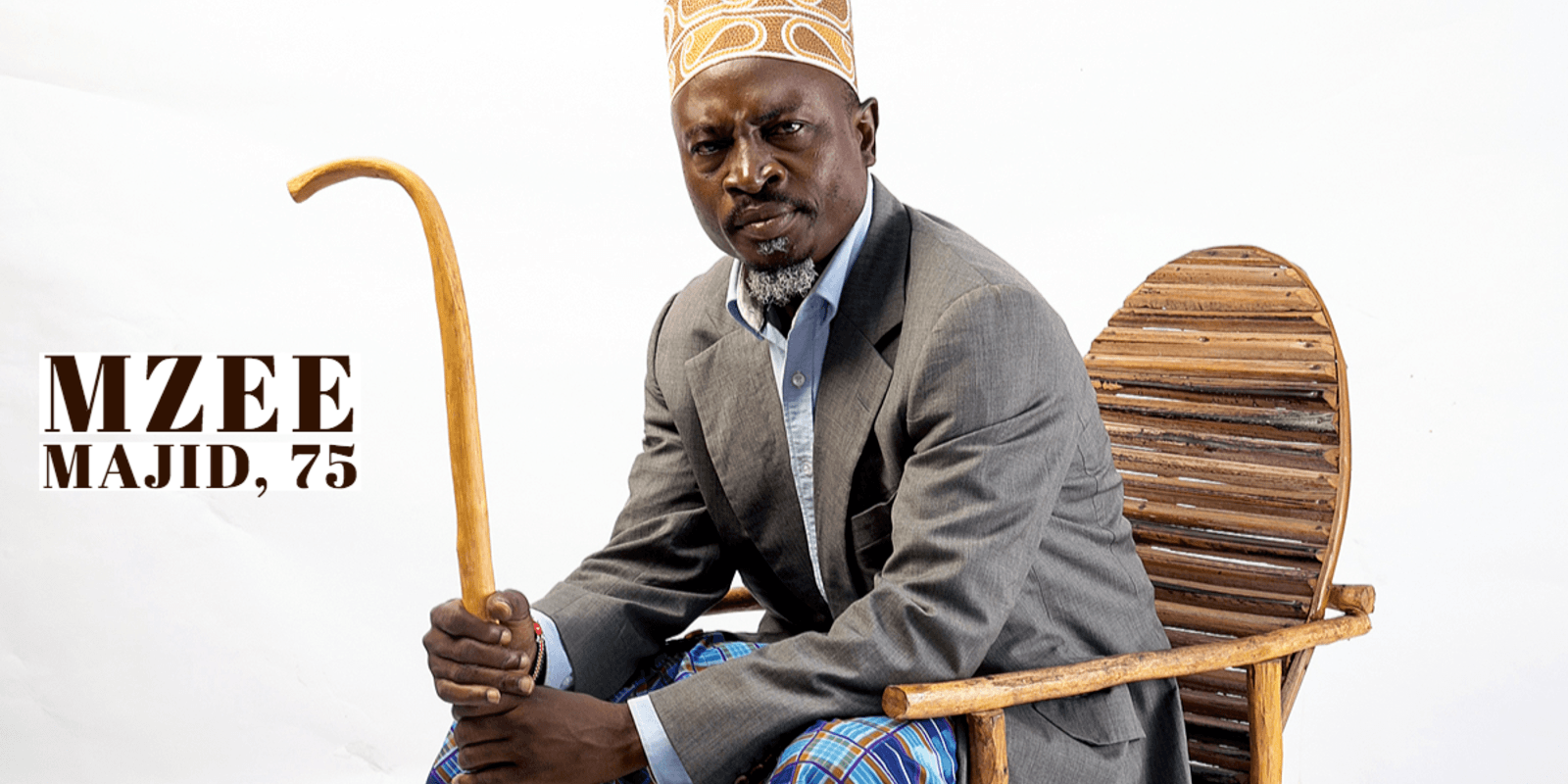 Expert basket and matt weaver, no one knows really where Majid came from, a subject he prefers to keep out of reach except when under the influence of palm wine.

Majid’s openness and love of service to the people earns him the title of the villager which he has held with gusto and dedication. He lives alone but occasionally receiving incognito night guests, him being a ‘civil servant’

He brags having fought in the Second World War but he has never provided proof of the allegation. Majid is easy going, compassionate as well as humorous when it comes to dealing with matters of society. 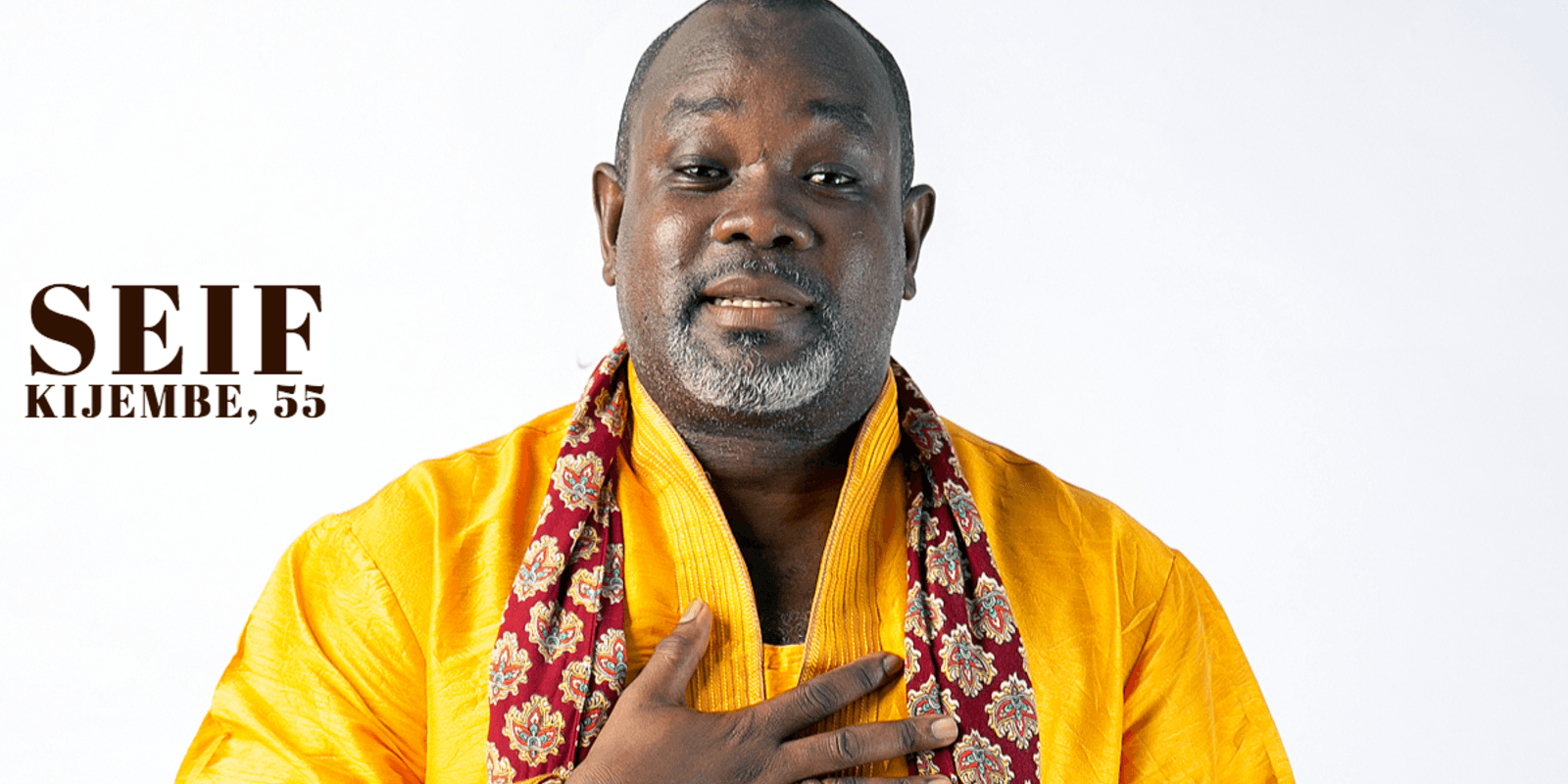 Seif Kijembe 55 years, a landlord, aspiring politician and a businessman. Seif is married to Fauzia Kijembe from Garissa and Halima from Denyenye Digoland. The two women don’t see eye to eye as Seif becomes a playground

He is eloquent in Swahili language, he loves attention and being appreciated. Seif Married Halima to find solace from Fauzia’s constant nagging only to realize that Fauzia is better off. 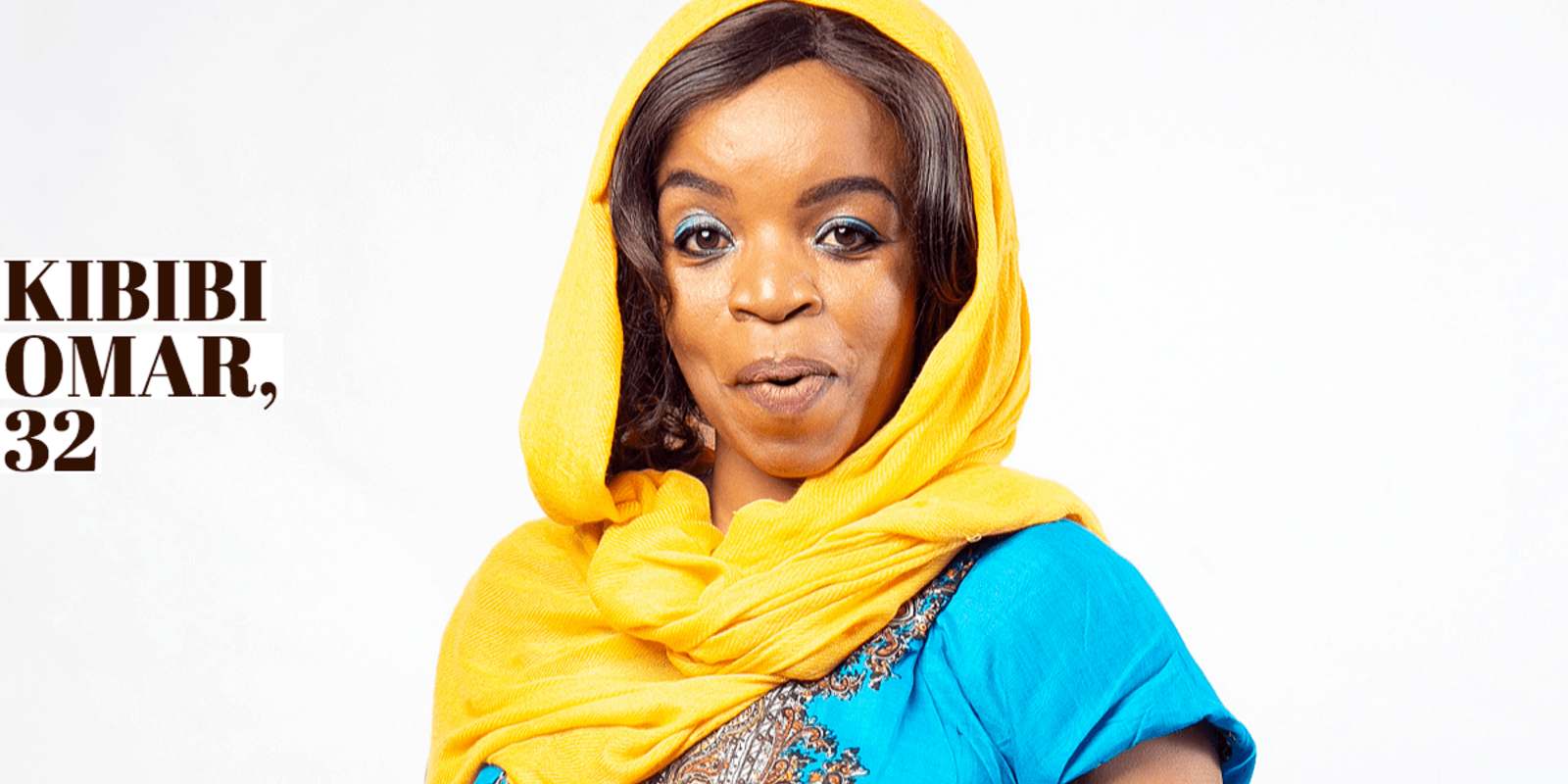 Hails from Zanzibar. Married to a Kenyan man, divorcing after a three-year stint. Kibibi is an independent-minded person who believes in taking care of herself. She sells khanga’s, ladies garments and shoes from Tanzania.

She lives alone in a self-contained house. Kibibi is a close confidant of Nyanya Rukia and Amina. Together, they shape the women agenda in the village. 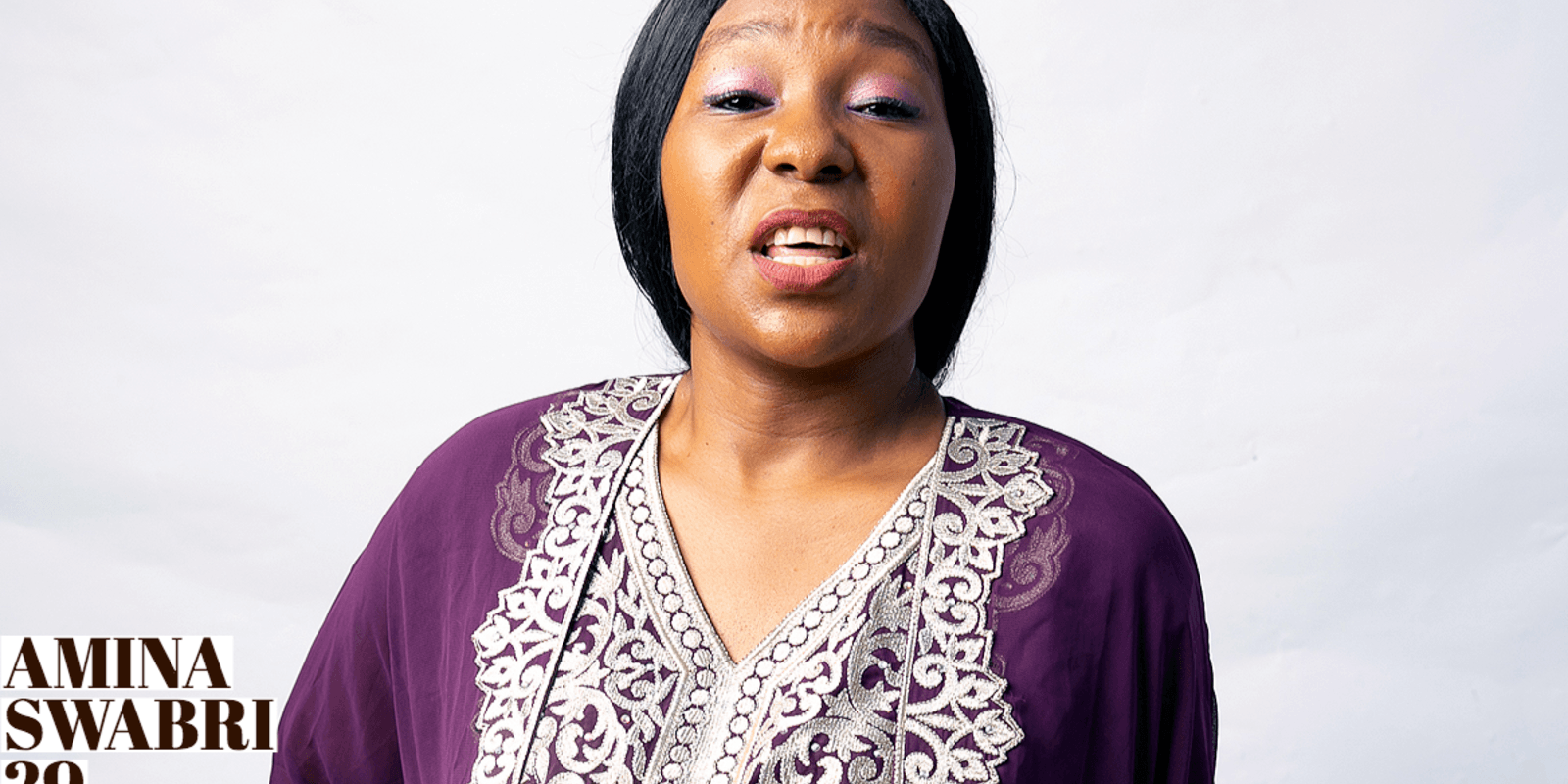 Amina is married to Swabri, a truck driver who is hardly at home. She runs a mobile food vending business. A close confidant of Nyanya Rukia and Kibibi. Easy going but temperamental when stepped on the wrong foot. She resides in one of Nyanya Rukia’s rental houses. 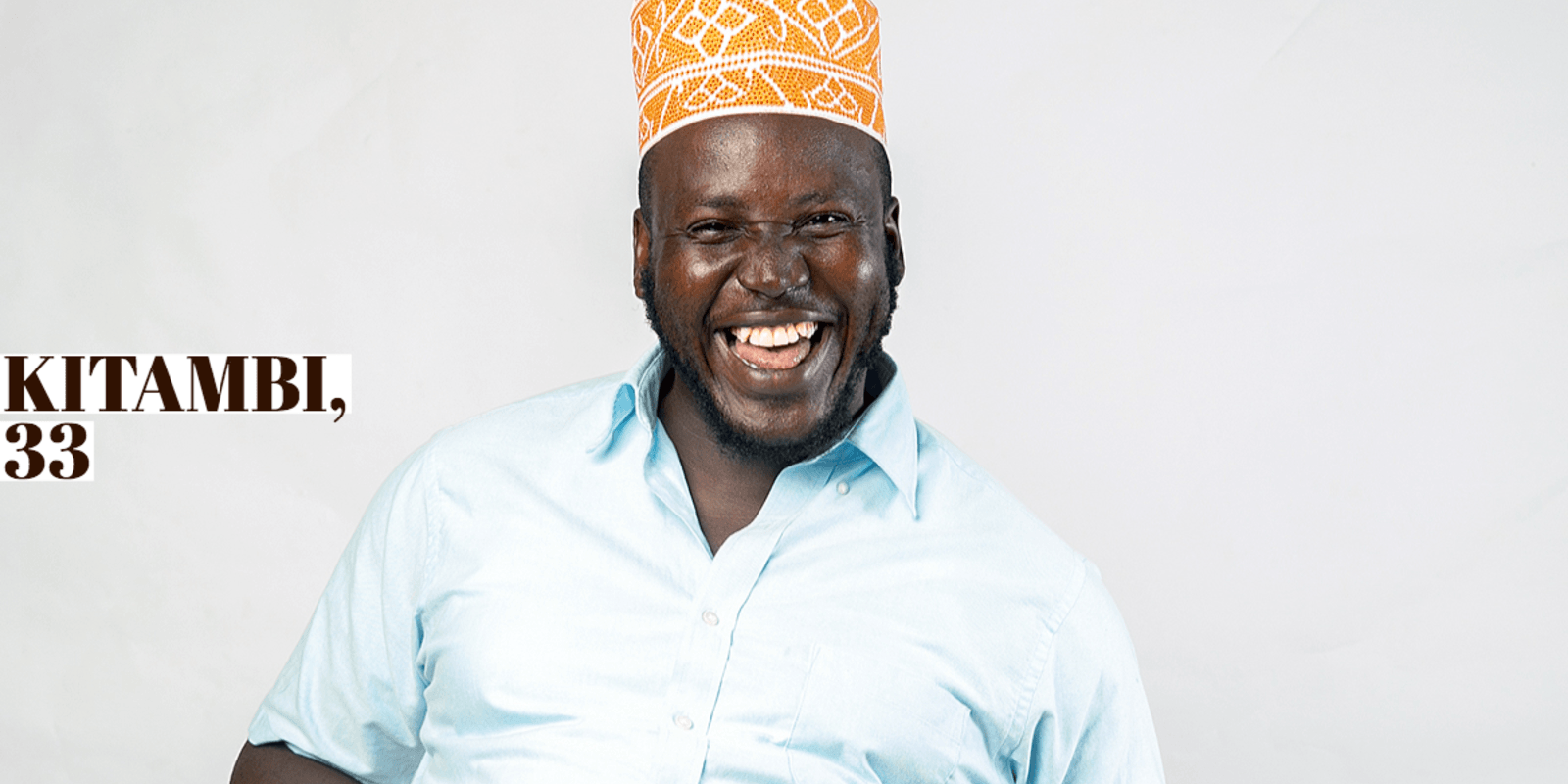 Kitambi is one of the longest-serving shopkeepers in the village having inherited the business from his late father.  He dreams to own a supermarket one day and blames lack of formal education for his slow movement. Kitambi is outgoing, talkative and always ready to help. Like many young people in the village, Kitambi dreads the responsibility of marriage. 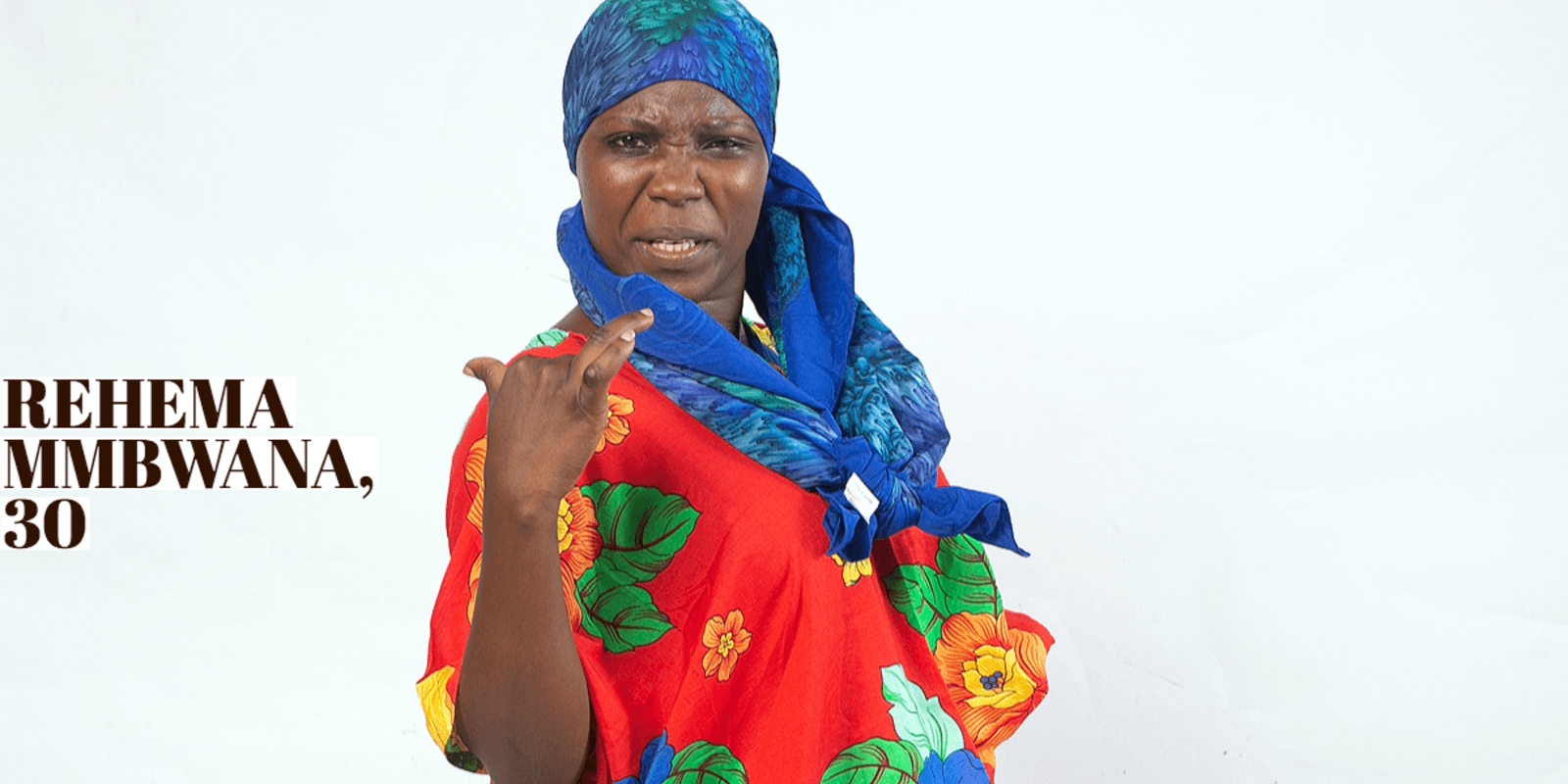 Rehema, who runs a food restaurant is income we stay arrangement with Mwarora a boda-boda rider, an arrangement that’s destined to fail. She is talkative, trouble maker, dare ring, outgoing and hard to herd.  With her independent mind and thinking like a modern woman, it appears impossible for Mwarora, a traditional man who believes in the position of a woman in the house. 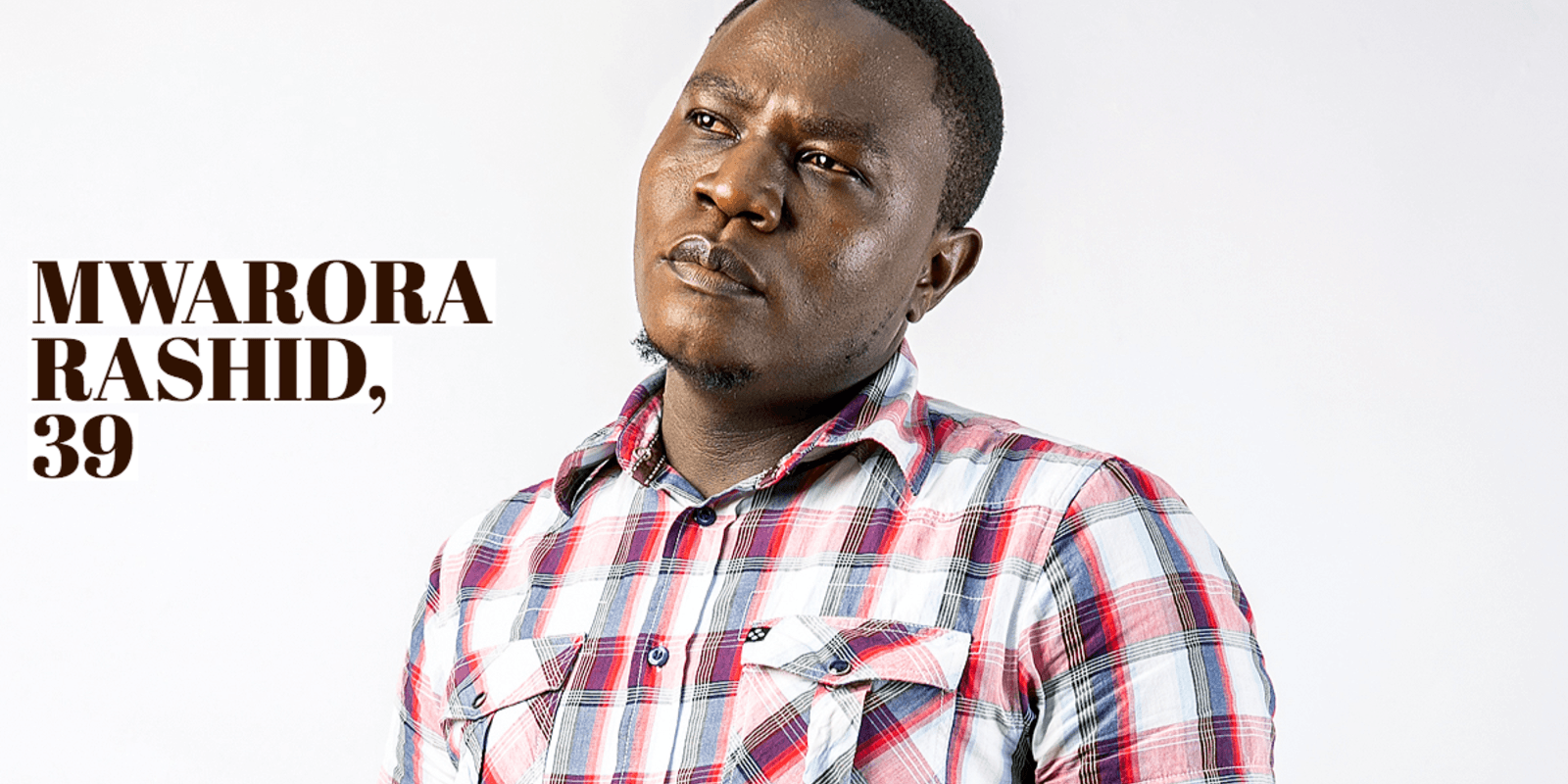 Mwarora is the Chairman of boda-boda riders association. He is married to Rehema Mbwana, a union that is full of drama. Mwarora is very insecure, especially in his marriage. He is humorous especially in the line of his duty as boda-boda rider, outgoing and a favourite of the villagers. He dreams of a bigger life that doesn’t include Rehema. 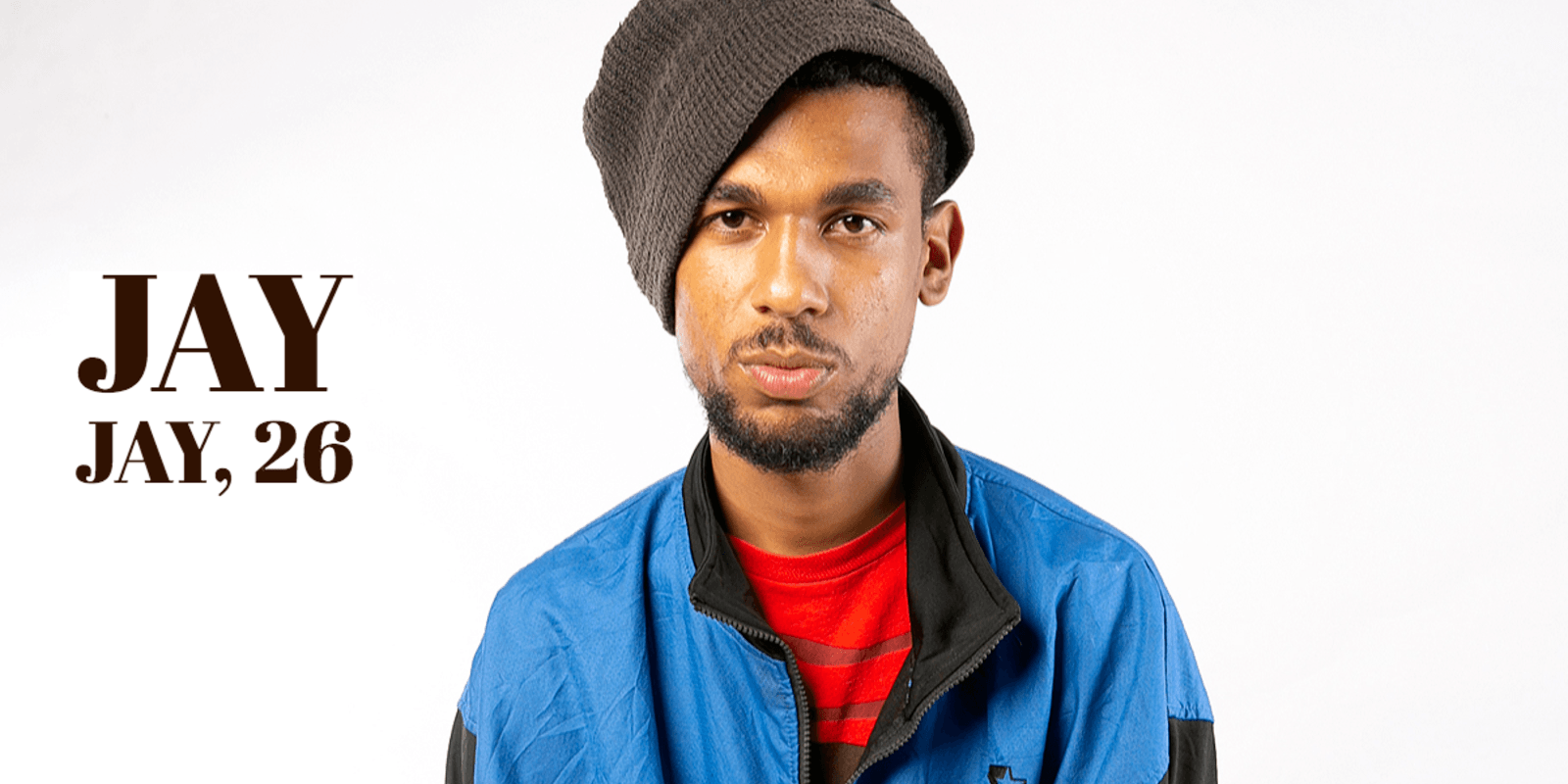 An orphan who lost his mother during childbirth. Jay Jay knows his aunt Sabrina as his mother as she brought him up. Jay Jay's father works in Saudi Arabia and sends money every month for his upkeep. He opted out of school in standard four after agreeing with Sabrina that, as long as he attends madras, even his father doesn’t have to know he has left school. He joined street boys and the rest is history. 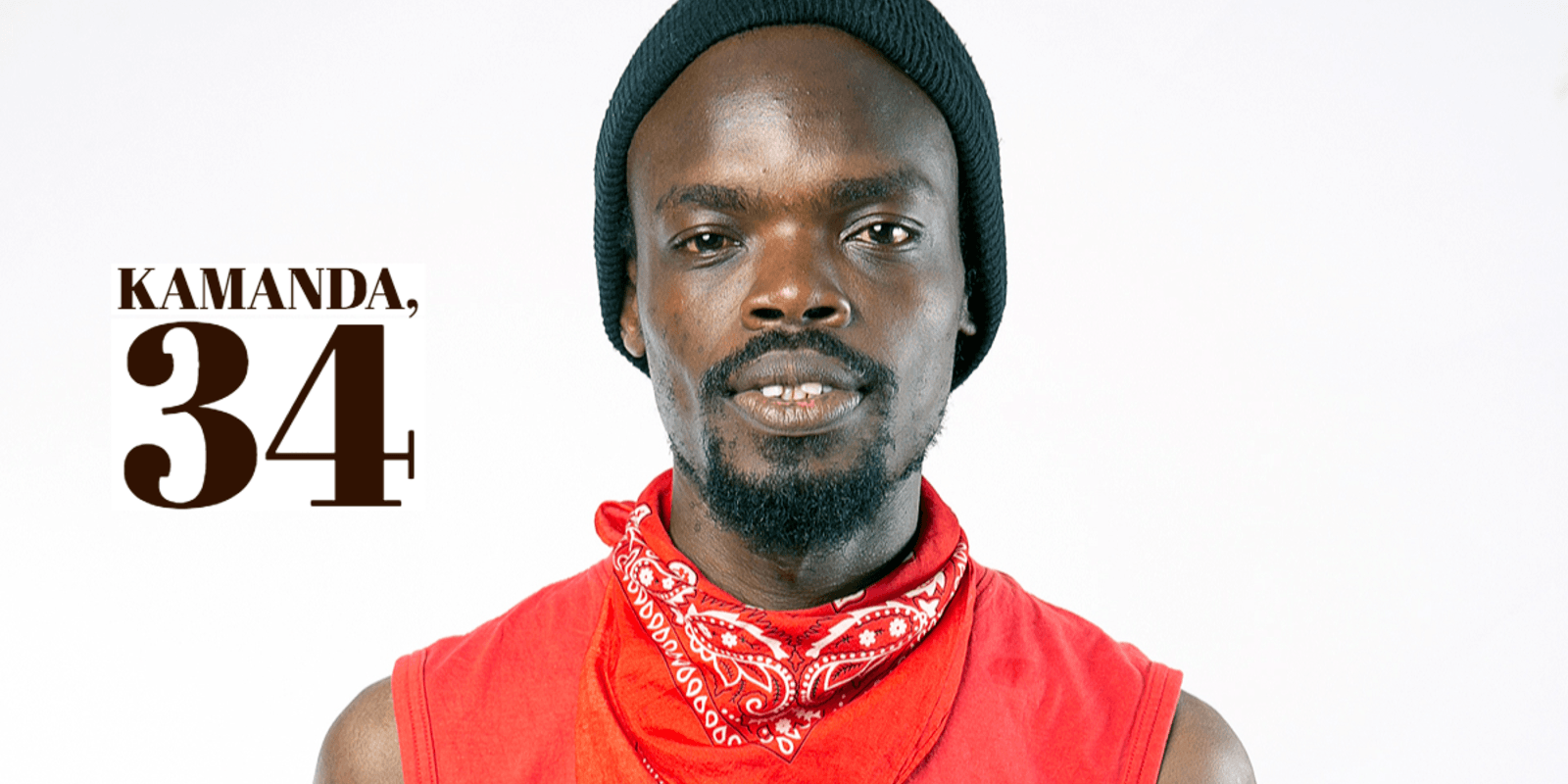 Kamanda arrived in Mombasa aboard the old train twenty four years ago after having run away from school. Since then Kamanda has never gone home or look for his people. Since then Kamanda has earned the title after mastering the street.  He is a very close friend of Jay Jay and they are always together share ring whatever they get. They are addicted to everything addictive and available. 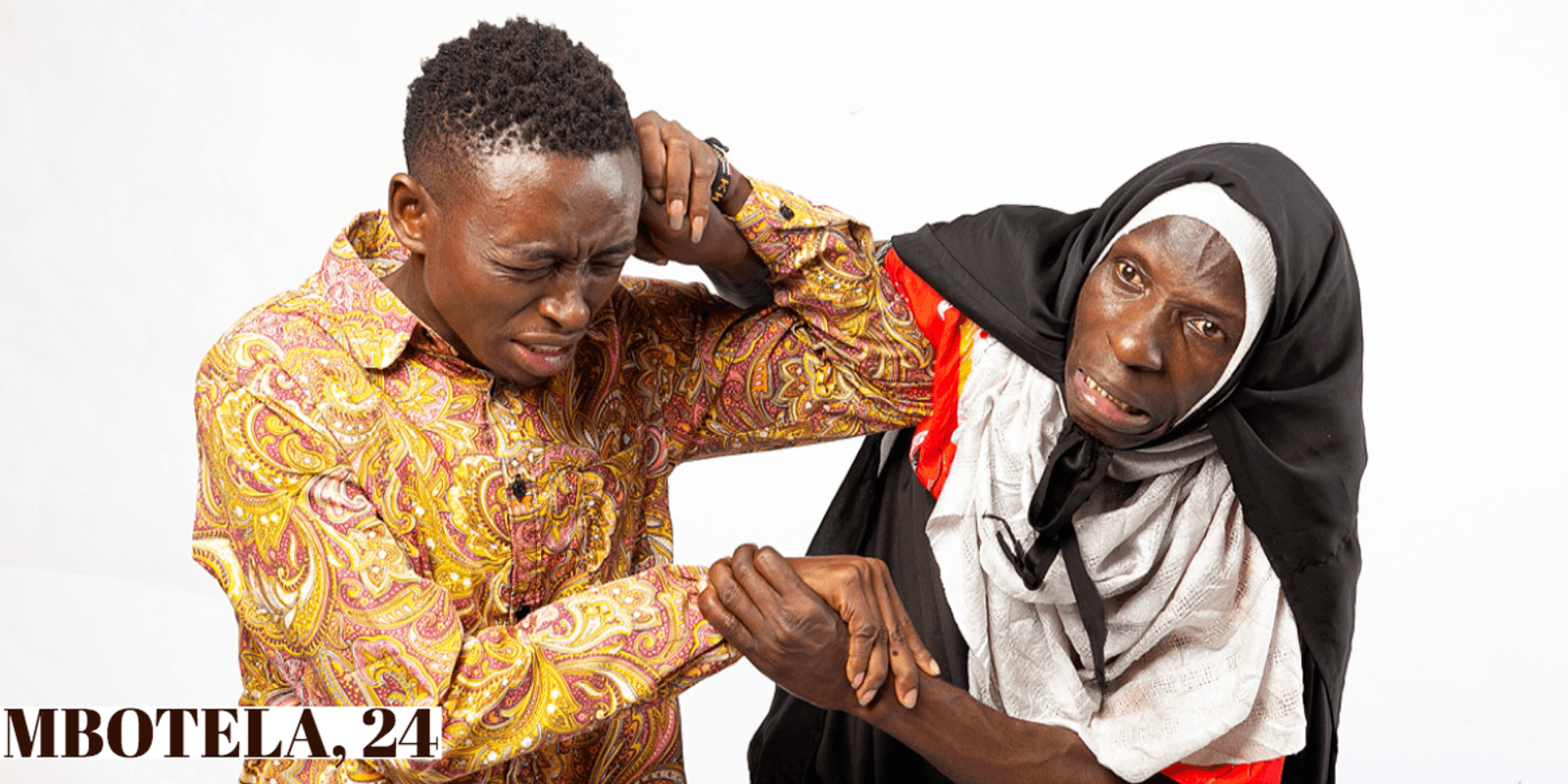 Mbotela is Nyanya Rukia’s elder sister’s son. She adopted him after his death and brought him up as her own son.  He addicted to palm wine, lacks direction in life thus relying on Nyanya Rukia. He blames Nyanya Rukia for denying him a chance to pursue an education and that’s why he ends a useless drinker.

Athman Chiwaya is Nyanya Rukia’s first born and the only child in her marriage with Rajab who is serving a jail term. Athmani works and lives in Dubai.