Jux Juma, Skey Lucky and Boutross on The Turn Up

News
09 November 2019
Get to know our guests a bit better...
Subscribe to Watch

SKEY LUCKY
Sheila N. Kisienya is known by her stage name as Skey Lucky #the Lioness is a recording and performing artist, singer, rapper, songwriter and dancer. She’s famously known belting out tunes such as “Ni Wewe”, “You”, and “Ghetto Boy”

KRITICOS
Kriticos is a Tanzanian/Zambian artist based in Belgium. He raps and singer and his music is a variation of genres ranging from Afro-Beat, Rap, Hip Hop, Reggae and RnB.

Kriticos has worked with Tanzanian artists such as P-Funk, Harmorapa and Taz. His hit song  “Kideo” (which is currently at +300k views) landed him the top 5 music videos in East Africa. 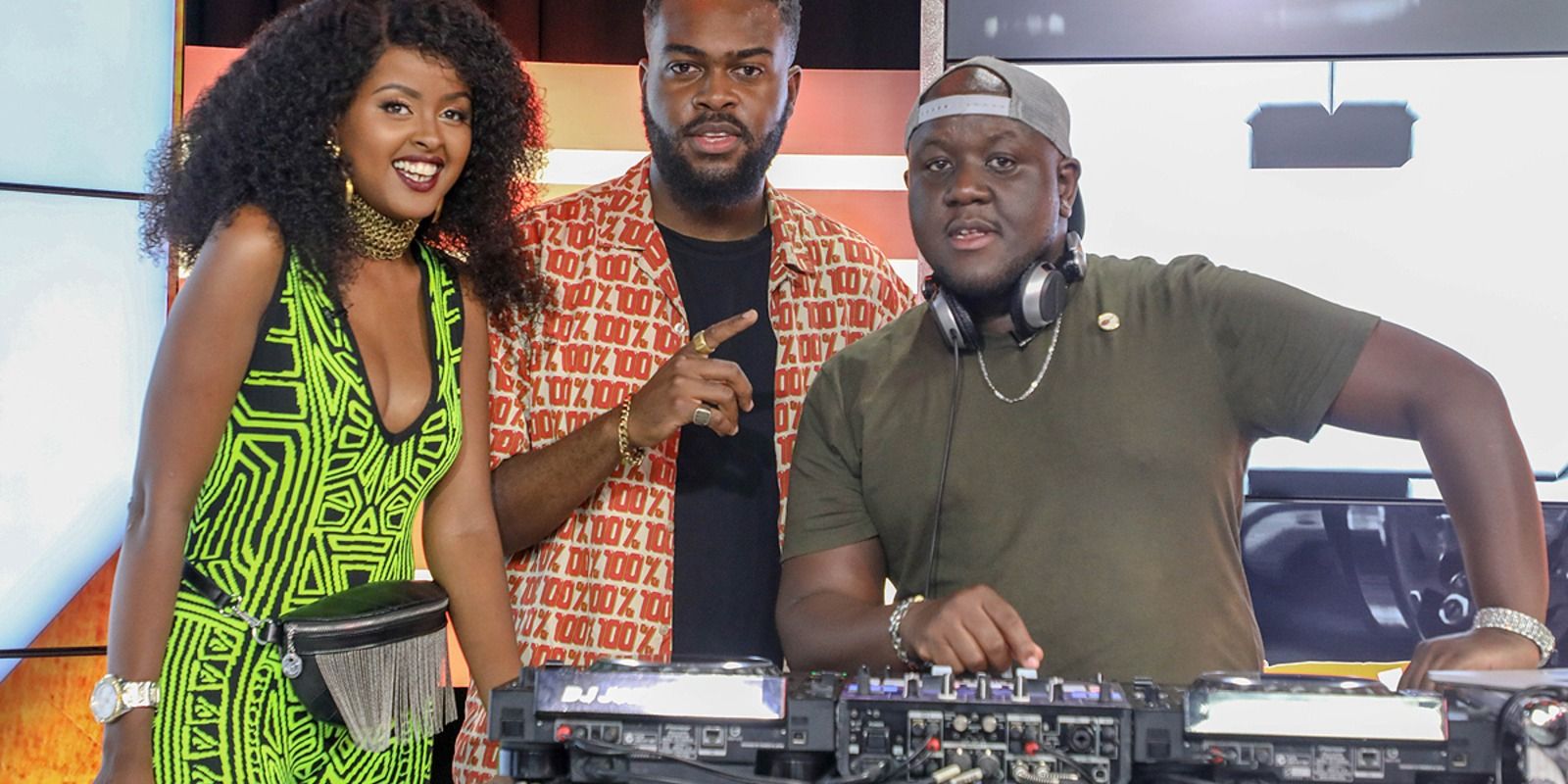 0
He performed at the Tigo music fiesta in Arusha, Tanzania, in September. Kriticos recently released the music videos to his singles “Big Daddy” and “Shake Body” featuring HakiJah.

JUX JUMA
Born Juma Musa Mkambala in 1989, Juma Jux is a multi-faceted talent, singer-songwriter, actor, fashion guru, philanthropist, founder and CEO of the number one clothing brand in East Africa, African Boy. He is also dubbed the King of RnB in East Africa. 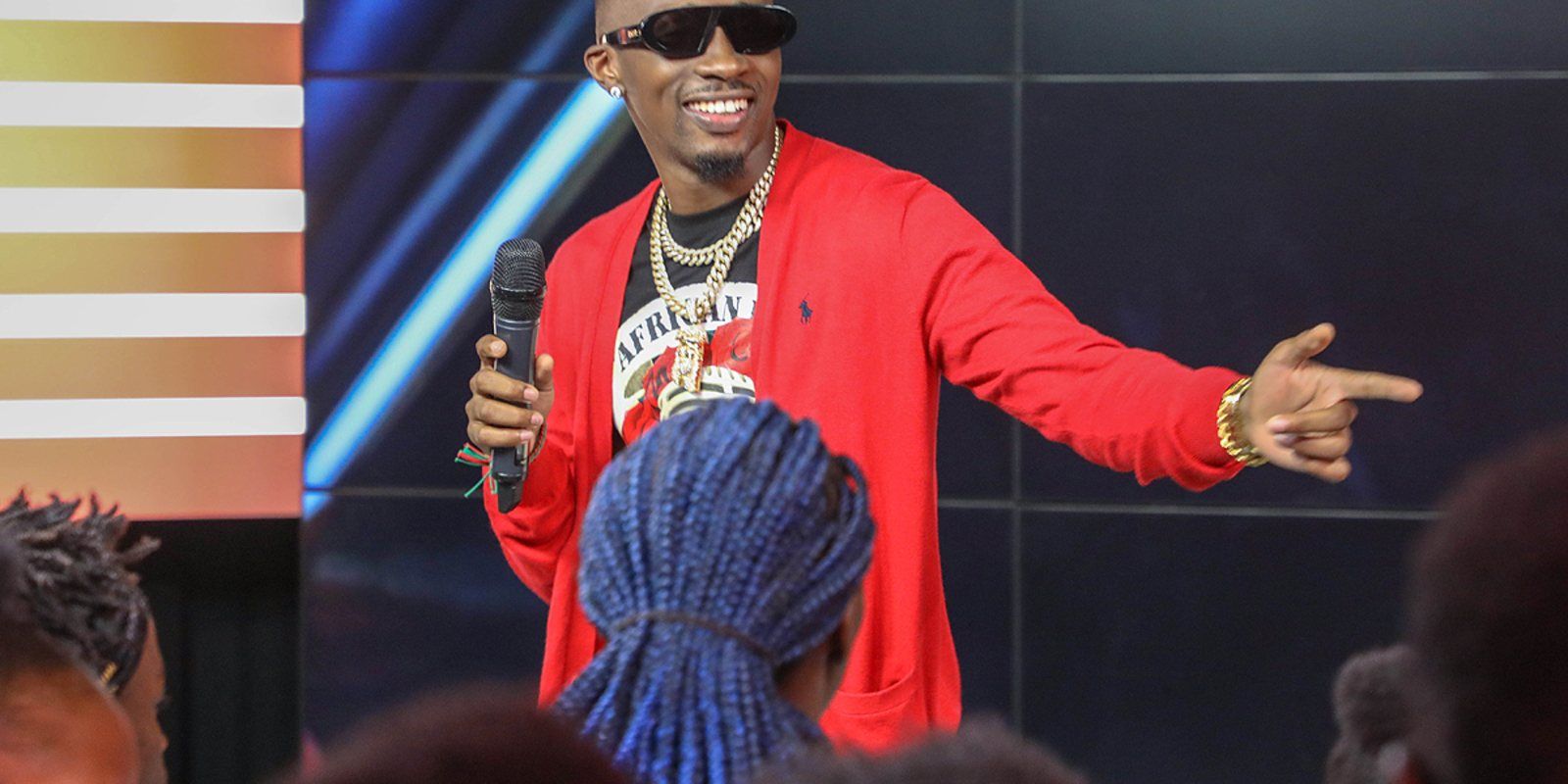 0
Since his musical debut in 2005, he has managed to dominate the scene with one hit after another and he is known for his warm, soothing seductive vocals.

He has collaborated with some of Tanzania’s greatest artists among them Joh Makini, Vanessa Mdee, Ben Pol, G Nako, Barakah Da Prince, and Navy Kenzo. “The Love Album” is a celebration of love and life, a powerful package of great songwriting and flawless harmonizing. Overflowing with deeply touching songs of love and life, Jux will stir your imagination and a sense of mystery.

BOUTROSS
Boutross Munene is a composer, producer and rapper from Kenya. He has featured in famous Kenyan international rapper, Octopizzo’s ‘Tergat gang’.

He owns an independent Record Label (ADF Music) together with his partner and manager Musau Mumo. He began his rap career professionally in 2013 with his music group (AD Family) and has gone to release 4 Solo musical projects and 2 collaborative projects from 2013 to date. 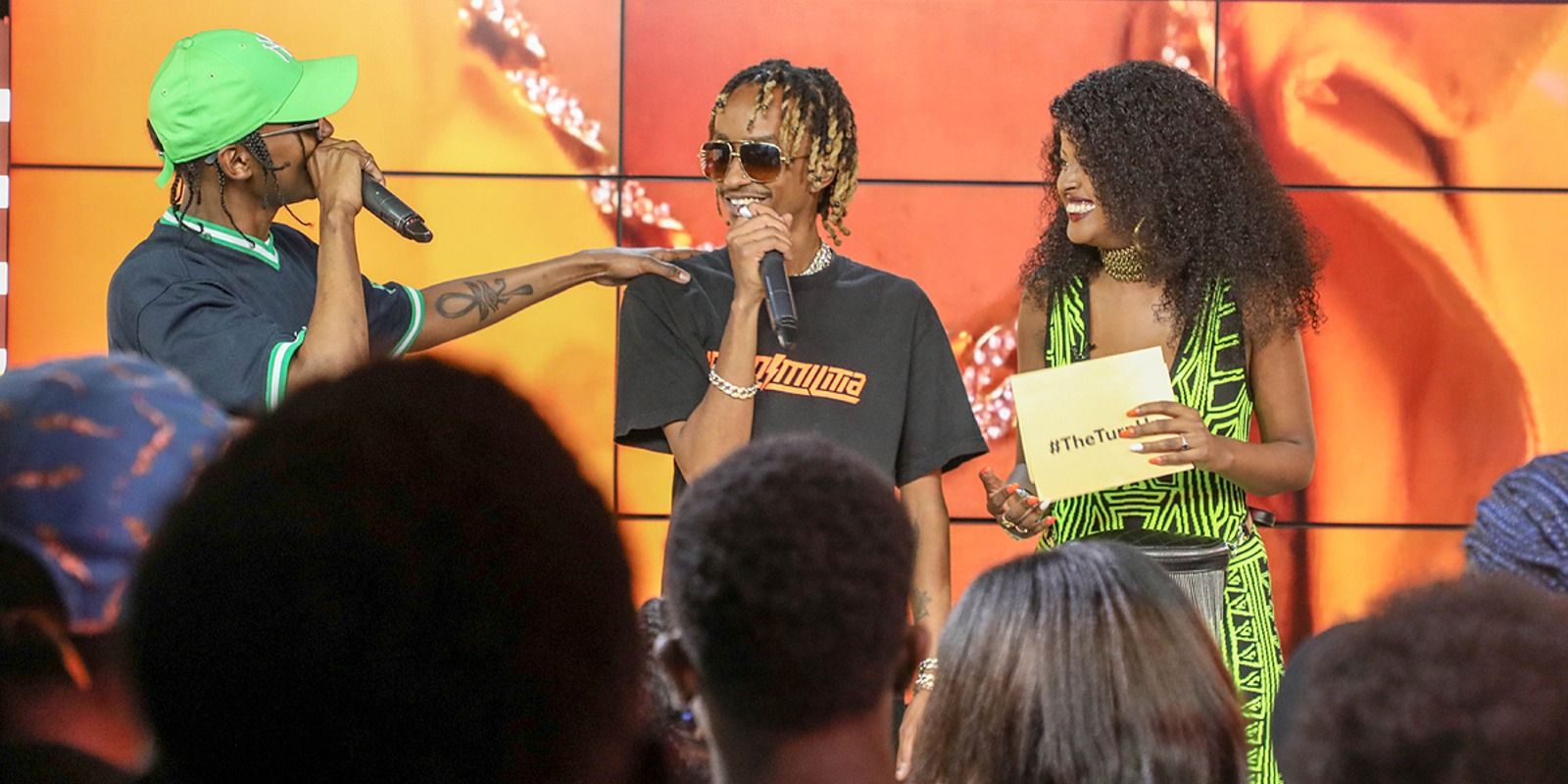 Here are more images from the show:

Catch The Turn Up every Saturdays at 12 pm only on @DStv 158 and GOtv 4 hosted by Amina Rabar and DJ Joe Mfalme.