News
06 July 2018
Your favourite Jela 5 Star actor/actress as chosen by you.
Subscribe to Watch

The fans have spoken. 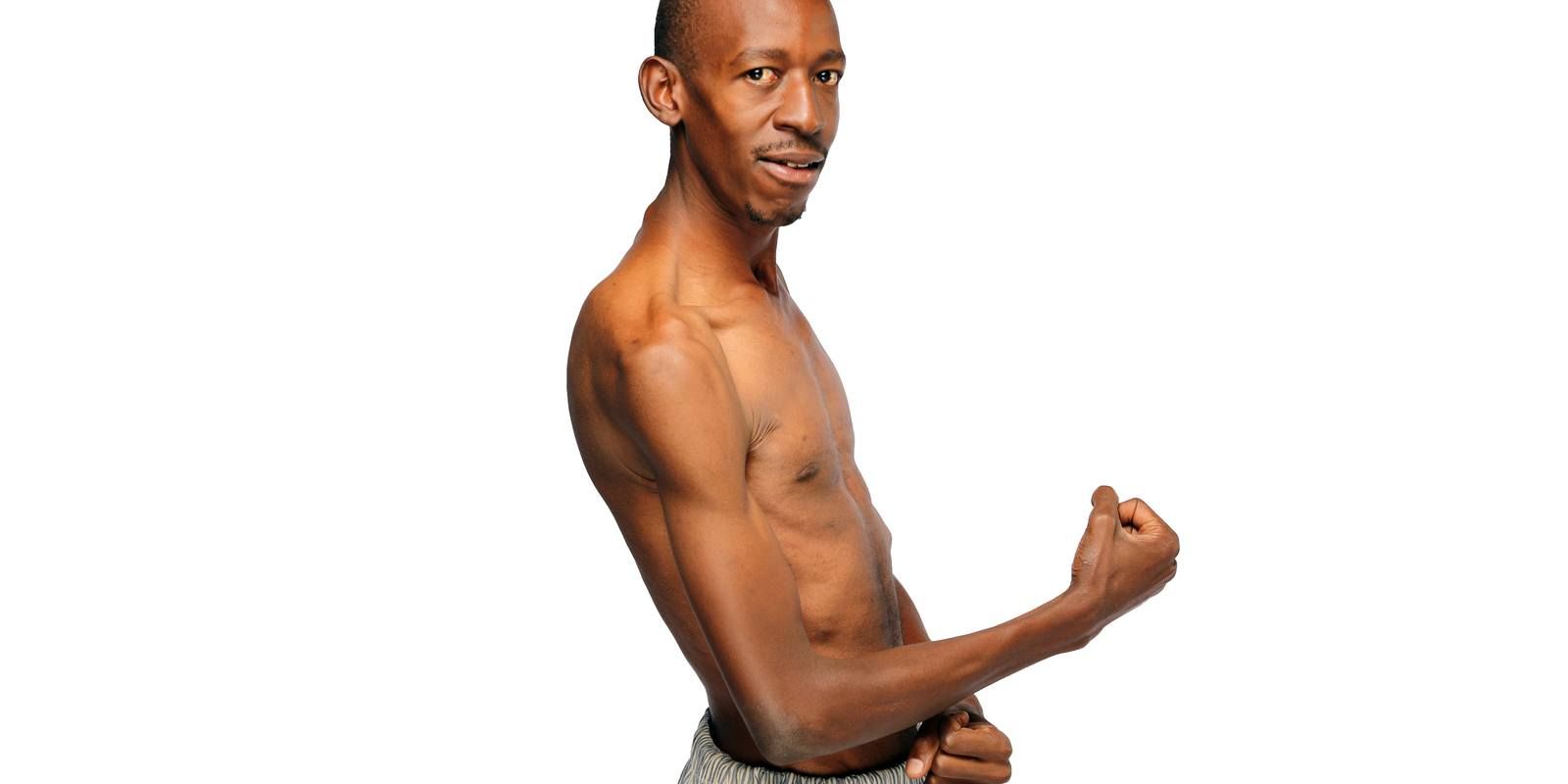 Prof is the favourite Jela 5 Star actor as voted by you! He received overwhelming votes on both Instagram and facebook.

Though he goes by the name of Prof, he is the university drop-out but very street smart na anapenda kushake dreads haziko. He is the science guy. He does statistics for the others. He is very likable. Practical but in a childish way.

The second most favourite is Abdi. He got into Jela 5 Star after he was arrested for grazing camels in Uhuru Park. He sees Mwambogo as his father figure and he's the softest in the group.

The third favourite Afande Kasoro who still thinks and acts like the boss despite the fact that Madam Melba is the boss. He is a bully, dictator egocentric, inhumane, jealous. Although some were torn between who to choose, others selected two or three of their favourites. Here are some of the comments: 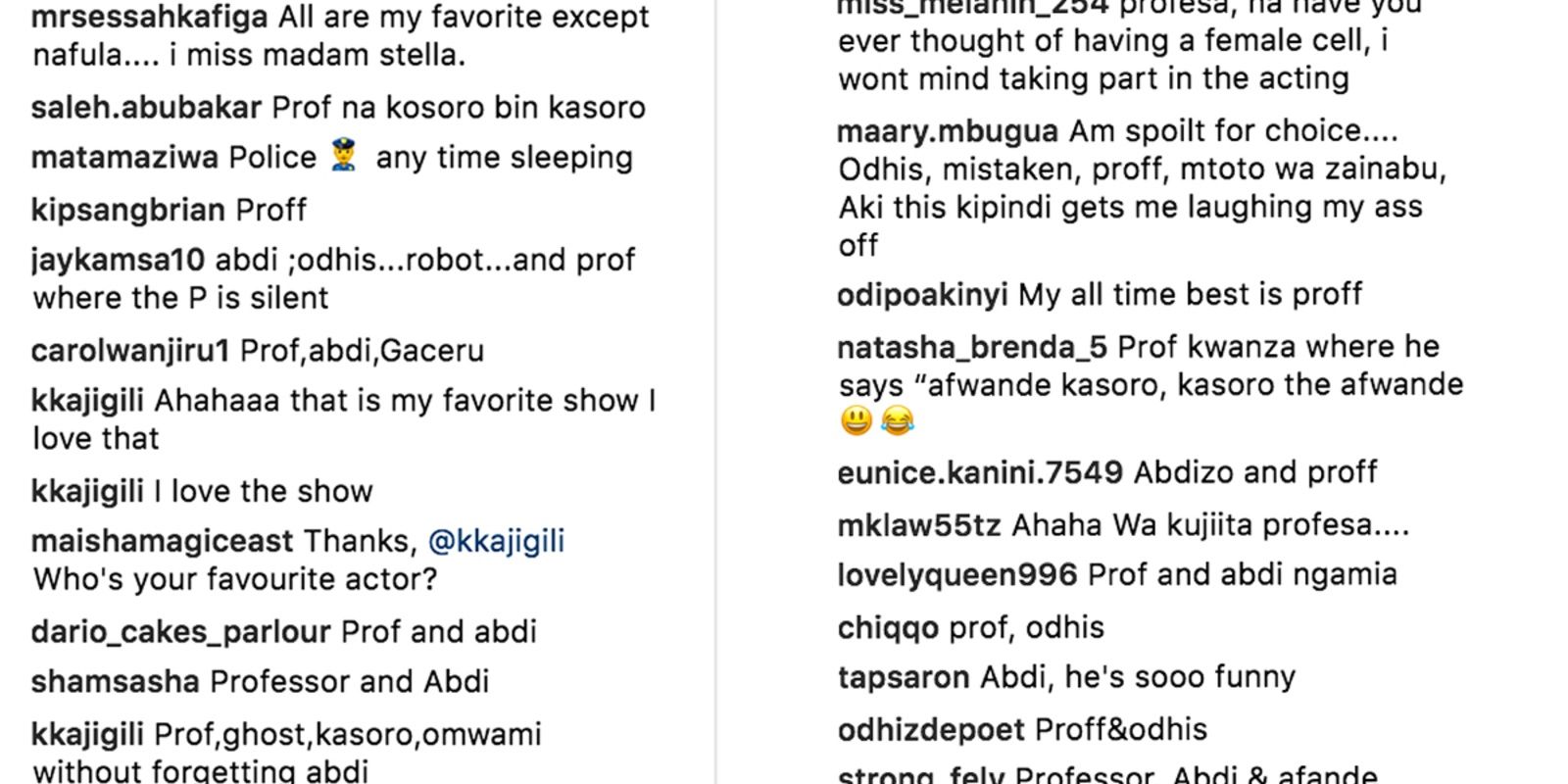 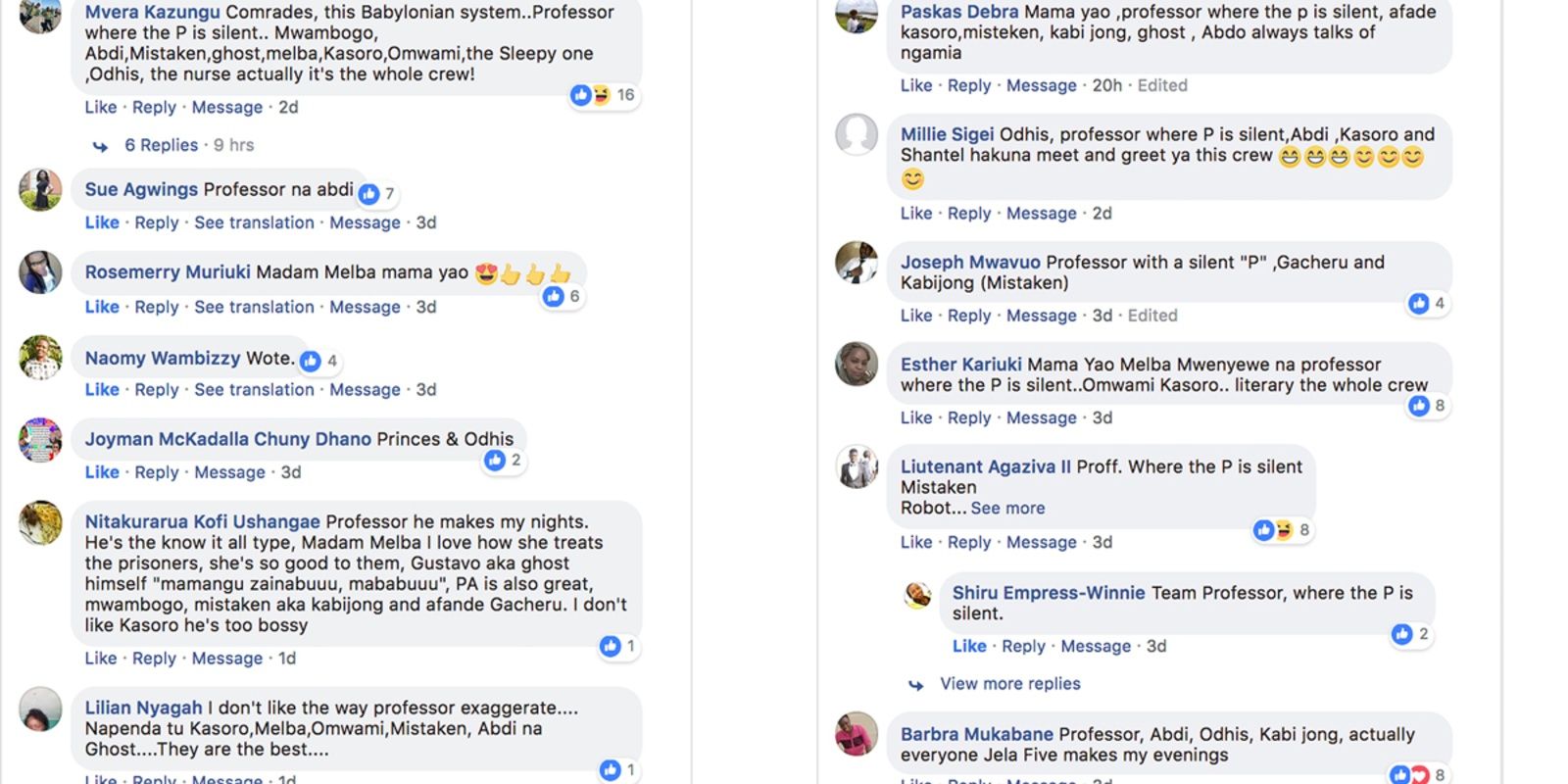 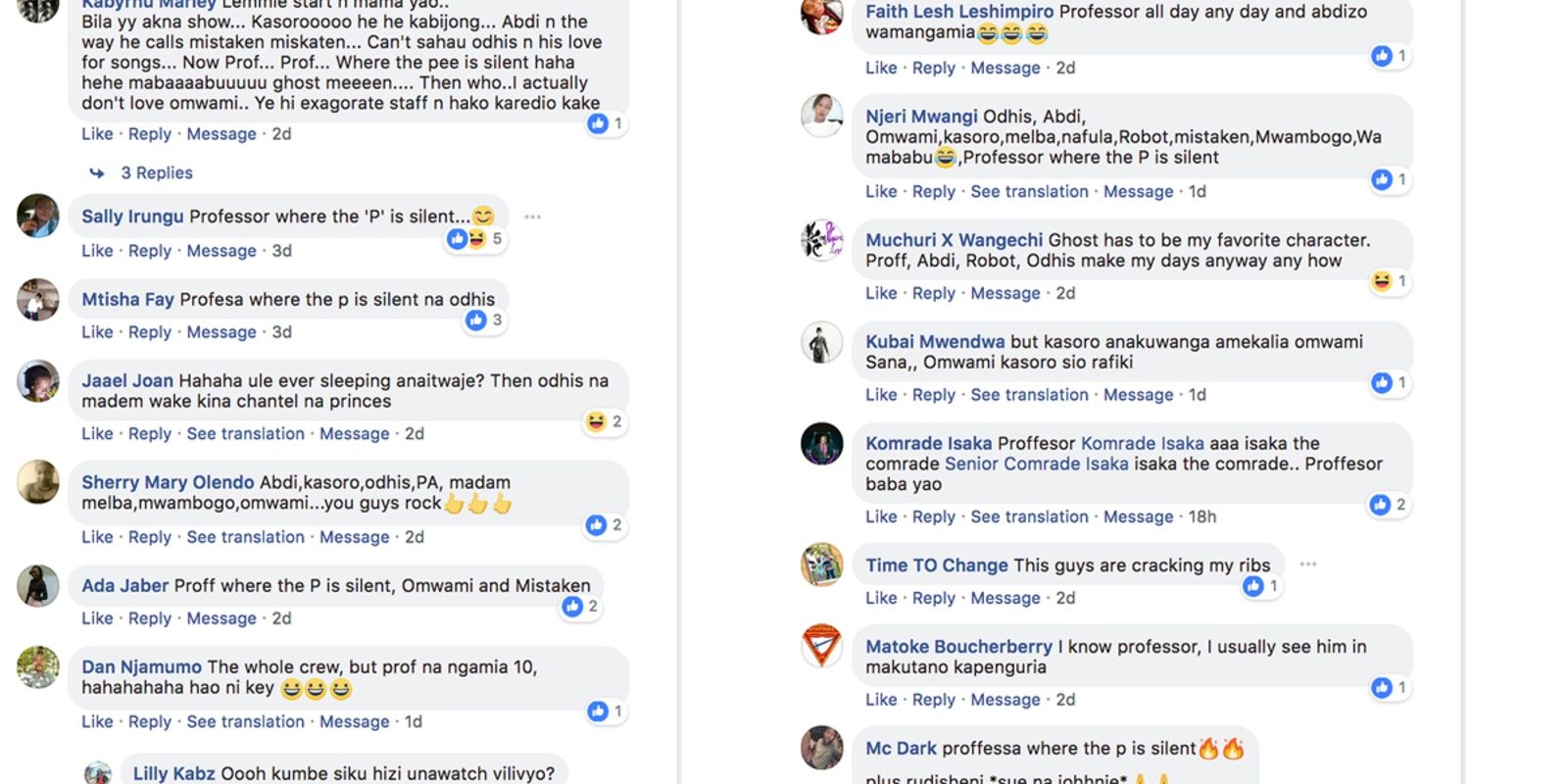 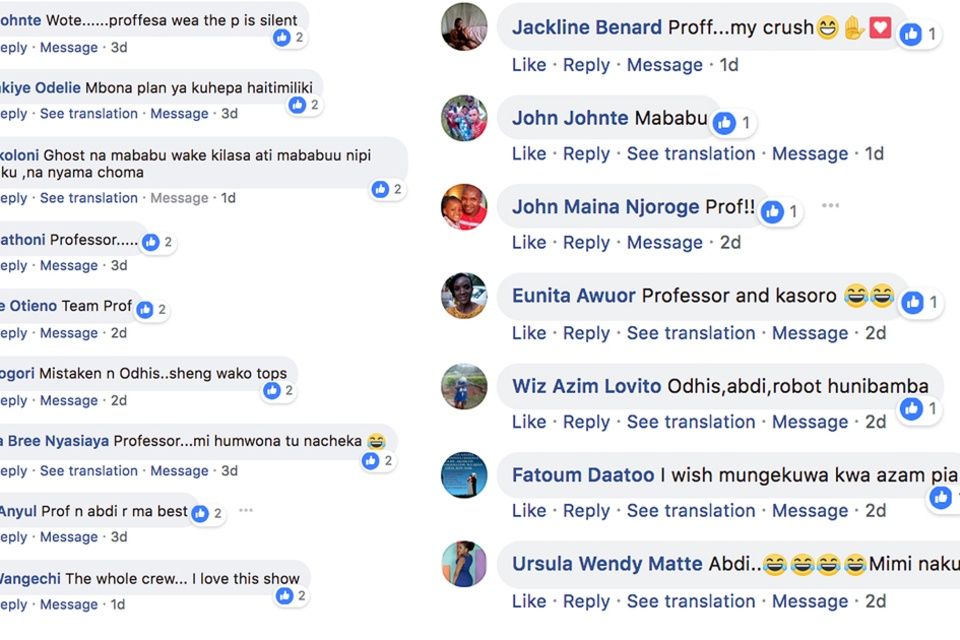 Missed the most recent video? Click on the video to watch:

Jela 5 Star airs on Maisha Magic East every Mondays to Wednesdays at 8:30pm.