This week, Kiran took over Wardah’s role as Minister of Rice, protecting it from “Chappies’ sticky fingers”. Meanwhile, back at Chappies’ Diner, the catch of the day was dished up.

In episode 12, during an explosive Tribal Council, Chappies was crucified for stealing rice, flint and a pot, filling up with gourmet cuisine at this self-proclaimed diner after everyone else turned in. His argument: “It takes a lot of energy to sustain this thinking muscle machine. So you got to make a plan to feed it. Isn’t this outwit, outlast and outplay? You should be doing it on every level.”

And while Chappies was living his best life at an undisclosed tropical location, Kiran spent his time – well, most of his time – rationing the last remaining rice back at Osindile. “So what was Kiran doing the rest of the time,” you ask?

Looking back at episode 13, while Santoni was trying her best to ally with Kiran and Nicole, we saw Kiran using burnt wood to dot down things on a piece of paper. What was Kiran dotting down, though? A reimagined shopping list of all his favourite foods he wished to add to his shopping chart once back in reality.

If paranoia was a person it would look like this. #SurvivorSA 🐍💀 pic.twitter.com/okjXv9rPU0

Episode 14 revealed a beautiful analogy of the game of Survivor: While some were making shopping lists, others were one step ahead, already shopping. And this time around, it seemed the rest of the tribe wasn’t only furious with Chappies for stealing food. Now they also criticised him for not sharing his findings with the rest of his tribe.

The most valuable lesson Chappies learnt early on in life is that you can change the world around you if you change the world within you. But, unfortunately, most people don’t know what they want and therefore don’t progress according to him. 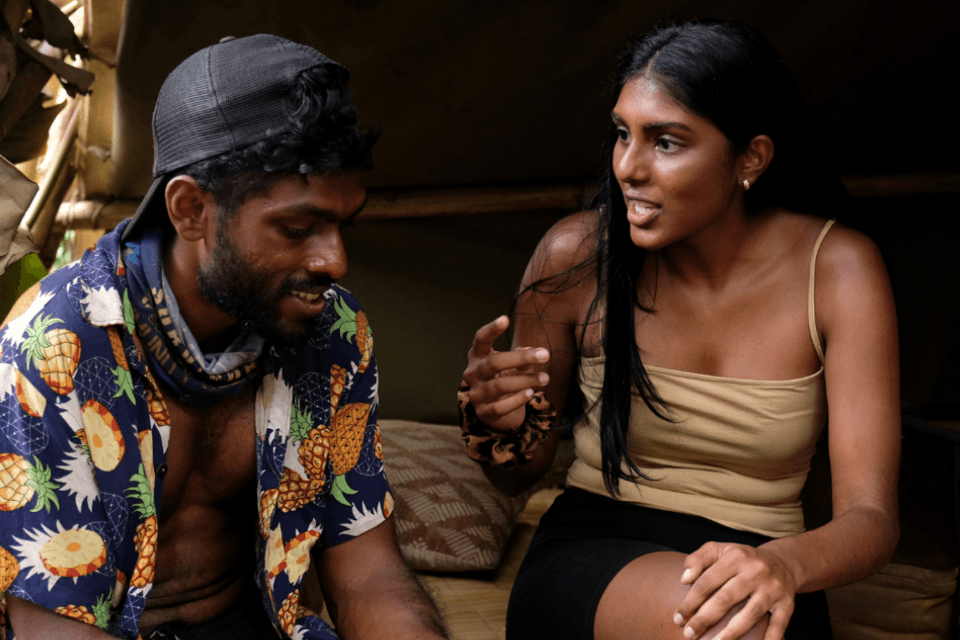 In episode 14, while Kiran and Tyson had the look of disgust on their faces at Tribal Council, Chappies explained: “Here’s how I see it, Nico. The opportunities are all around us. Each and every one of them could go ahead and grab some crabs or mussels, but they don’t. So I’m not gonna feel bad if I enjoy the fruits of my own hard labour and maybe benefit from it down the line in the challenges.”

But Kiran had a counterargument, saying that chasing after crabs all day would expend more energy, making it senseless. But Chappies, who, up until then, had won four challenges consecutively, interrupted him. “A lot of people give up and say ‘it’s going to take too much energy to catch crabs – [why] even do it’. And that’s where I think the different mindsets come in.”

After being voted out and leaving Tribal Council, Kiran elaborated on that infamous shopping list of his. Seeing that the food situation was so dismal at Osindile, Kiran says they didn’t spend most of their time plotting, contrary to popular belief. “You spend most of your time talking about food. And as a way to think forward, I decided to create a shopping list of all the food I would have when I got off the beach.” 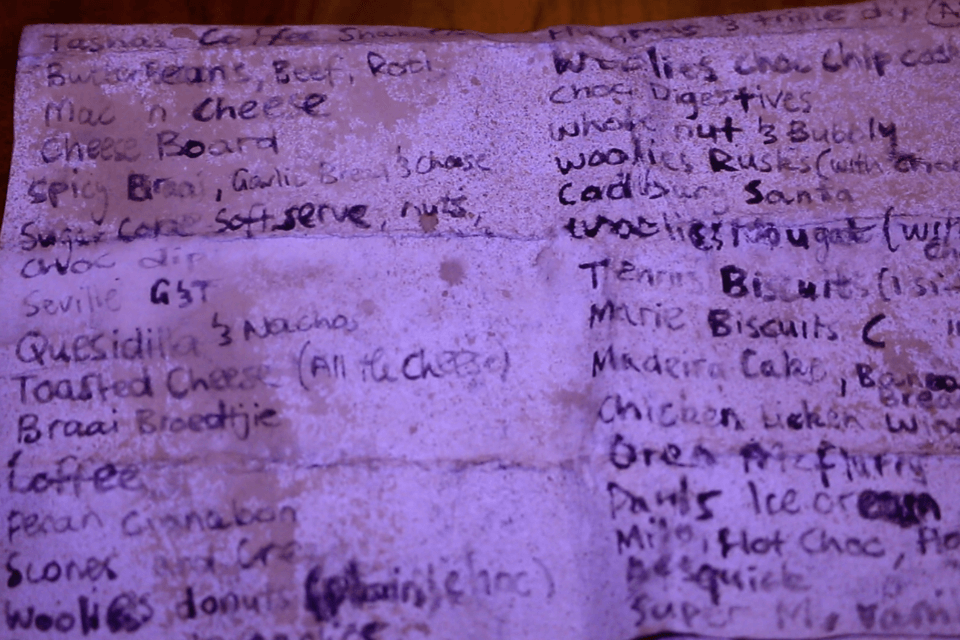 His list consists of four A5 pages, with about fifty items ranging from biscuits, slap chips, burgers, ribs and soft jelly sweets to doughnuts, no less than ten different types of cakes and any Christmas dessert you can imagine.

“What I want to do when I get back to reality is go to the shops and almost have a Reggies Rush, where people would go to the store and just put all the toys into a chart and see how much they can in five minutes. So I’m going to do that with food.”

During the family visit, while most of the other castaways were asking about the rest of their family, Kiran spent twenty minutes giving his sister a list of all the things he hopes his fiancé would get him when he landed back at home. “I made her recite it to me about two or three times, just to make sure she remembered, because you only have one chance of getting it right, and the relationship between my sister and me hangs in the balance,” he jokingly said.

He claims he is brilliant at counting calories. So allow our latest Minister of Rice to explain below how dire the food situation was back at camp:

If you had to go without proper sustenance for thirty-five days as Kiran did, what would you include on your shopping list? Use the hashtag #SurvivorSA on Twitter, Instagram, or the Survivor Facebook Page and let us know online. Tune in for Survivor SA: Immunity Island Thursdays at 19:30 on M-Net. Click here for exclusive show content.

Video
Burning questions: part 2 – Survivor SA
You asked! Nico browsed. Time to answer your burning questions on Facebook.
Video
Castaway assessment: Masu – Survivor SA
Nico gives us his insights on the returning post-mergers who will form part of the Masu tribe.
Gallery
Shop Till You Drop! - Single Wives SA
A shopping spree and a pool party! Check out photos from the fifth episode of Single Wives SA.
News
16 Tips for Safe Online Shopping
We spoke to the teams at Afrihost and the Internet Service Providers Association (ISPA) on ways you can better protect yourself against dodgy online retailers.