Survivors in the media – Survivor SA

News
07 August 2019
A look at some of the press coverage of our castaways.
Subscribe To Watch

He just missed the Survivor SA jury, but Rocco did land a cover of Men’s Health August issue!

Rob was also the toast of the Zululand Observer: 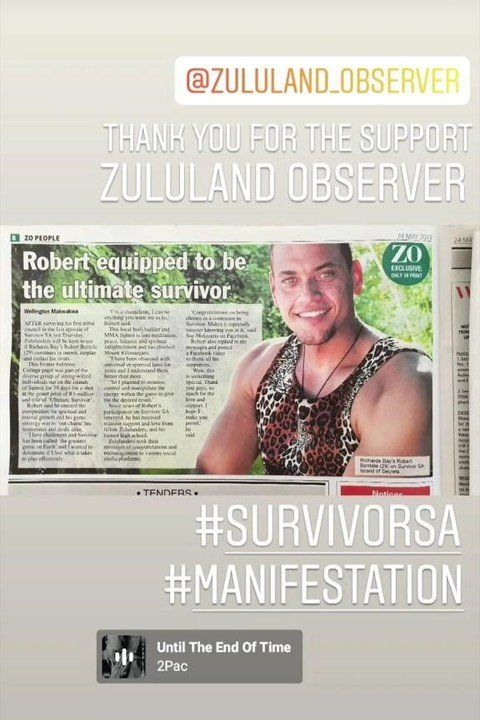 And was recently featured in YOU Mag:

As was Seipei, "Survivor's Mother Hen": 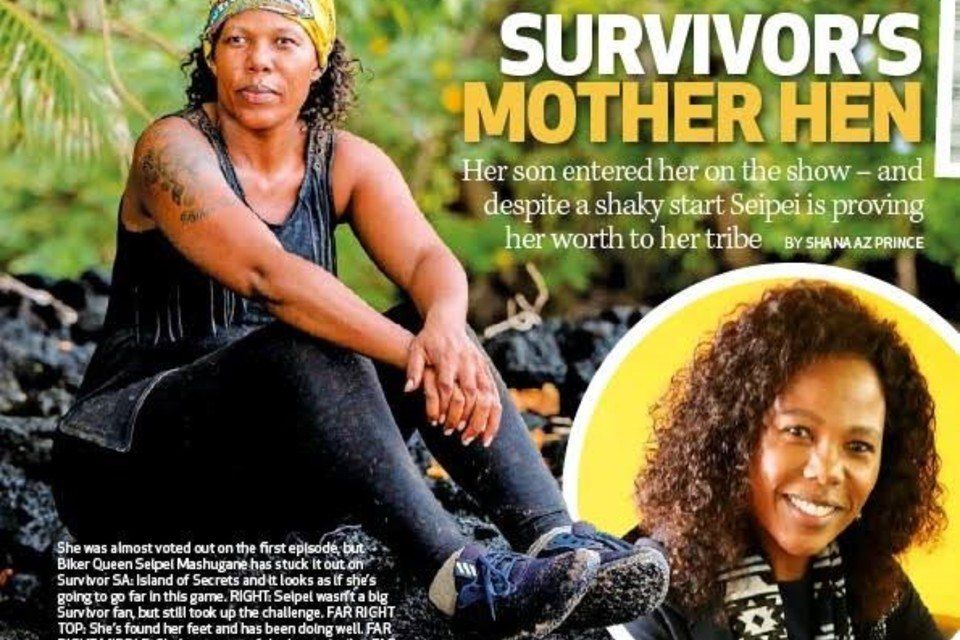 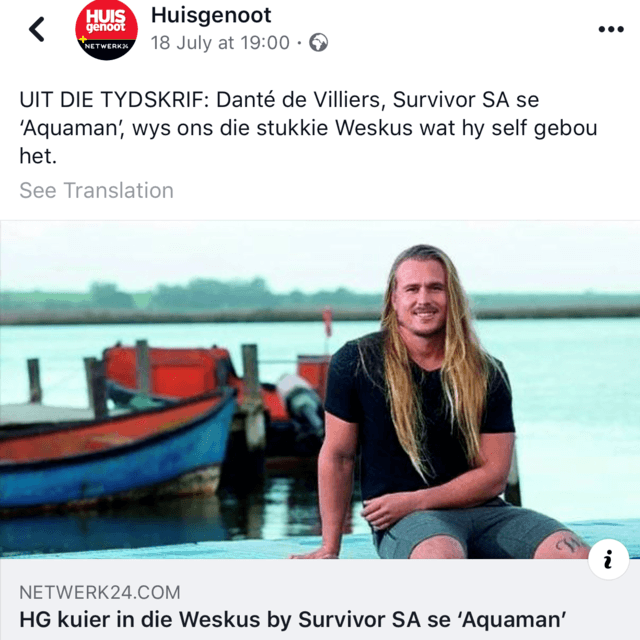 Evicted castaway Geoffrey hails from Colenso in KZN – close to Ladysmith – and that town’s local the Ladysmith Gazette has featured rolling coverage of his Survivor SA stay, starting here. 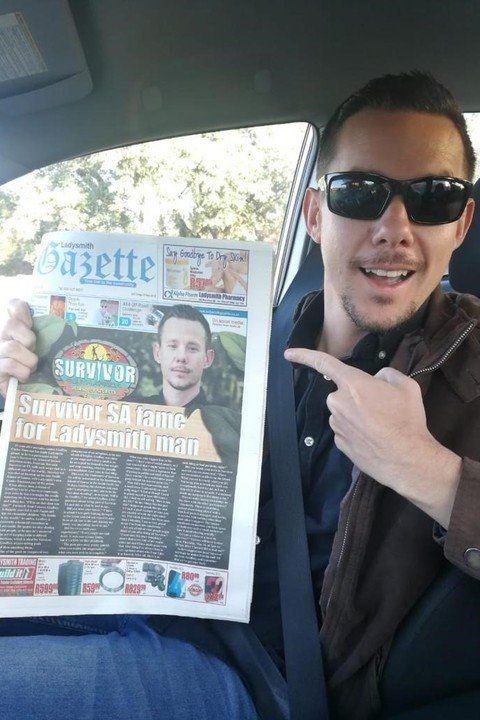 Paul also made his local, the Westrand News: 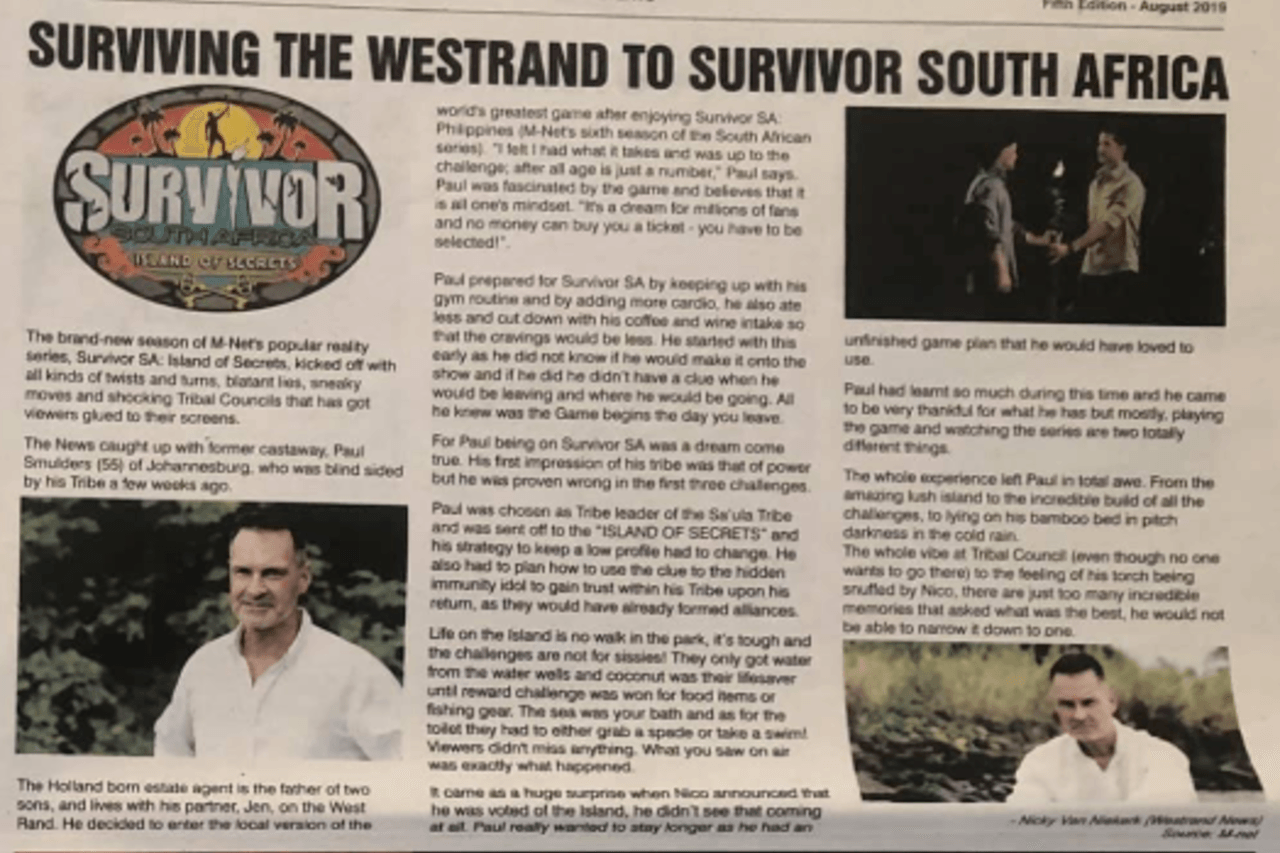 Cape Town newspaper People’s Post ran a great feature on Cobus titled ‘Cobus is living his Survivor dream’. The same publication also profiled Mmaba in a piece titled ‘Conquering with a huge smile’. Meanwhile, Jacques’ waste of an idol was naturally going to be a talking point in this Men’s Health chat with Ting-Ting.

Men’s Health also ran an extensive Q&A with Rob about how he got his mind and body “Island-ready”. They also secured a fitness routine from his bestie Nathan for their Instagram! 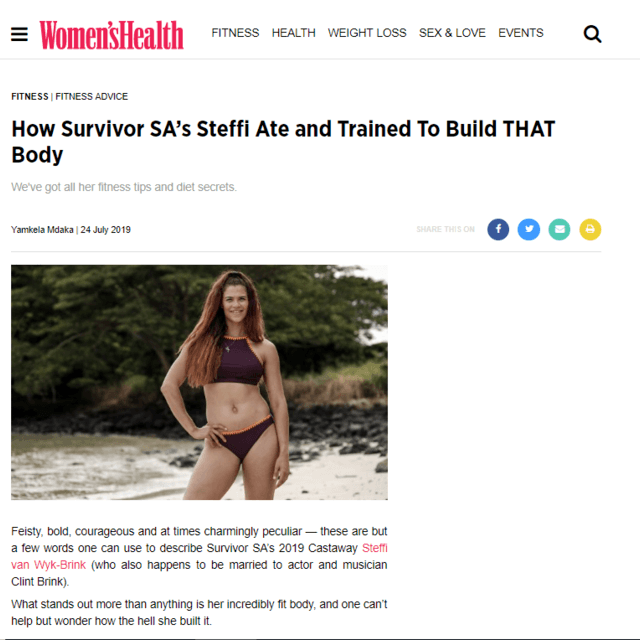 And this was earlier in the year – a behind the scenes with Steffi and hubby Clint Brink for a People Magazine!

Before appearing on Survivor, Mike grabbed the attention of the Boksburg Advertiser after winning a Radio Liberty Award for Best Afternoon Radio Presenter on Campus – he also discusses his move to East Coast Radio. And after winning the title last year, Nicole is a Mrs. South Africa judge – the Top 25 was recently announced.

Finally, Lee-Anne may have been the first to go, but she got plenty of press love, including the Brackenfell Tyger Burger: 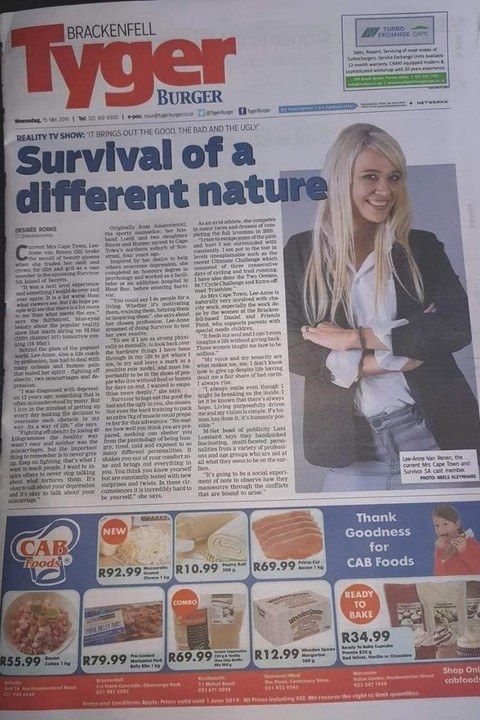 And she was at the finale of The Voice SA, alongside last season's Vusi and Palesa! 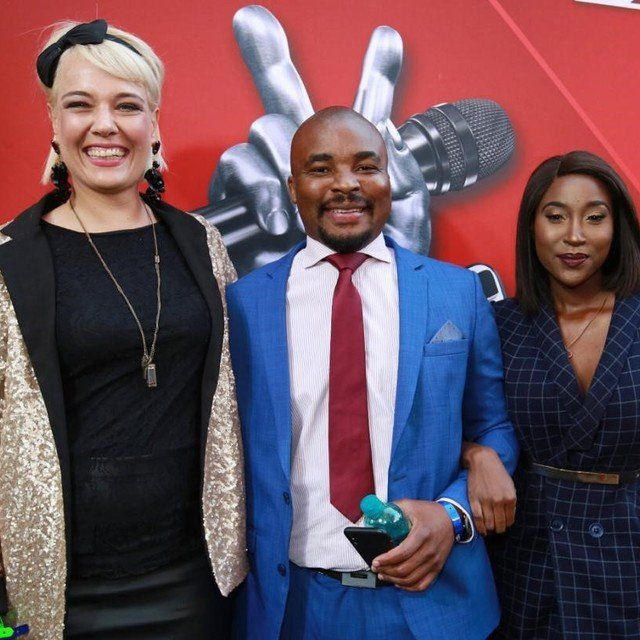 Over on YouTube, Palesa has been vlogging her thoughts – here’s her latest (with Vusi!):

Thursday Night Outcasts to their thing on the TNO channel:

And on the podcast front, the International Survivor RHAPup has featured Palesa, PK, and Survivor US’s Rick Devens!

Video
Win-win, and not only reward – Survivor SA
Phil takes yet another reward win and this time Felix is going with him. The rest of the tribe sees the loss as an opportunity to strategise their demise.
Video
Shane and the scratch patch – Survivor SA
While Phil and Felix are enjoying their reward, the rest of Salan has free access to some information and they find something in Phil’s bag.
News
Survival Instincts competition winners - Survivor SA
Here are all the winners from the Survivor SA: Island of Secrets Prediction Game.
News
Survivor South Africa is back on M-Net in 2020!
Enter NOW to outwit, outplay and outlast the Survivor SA competition in season eight