News
28 June 2018
We give insights into the life of a Jury member after they’ve been voted out of the game.
Subscribe To Watch

What exactly is Ponderosa? How secluded is it?

Ponderosa is the villa where the Jury members stay after they are voted out. It will be a weekly web series that follows the contestant that is voted out. Ponderosa means ponderous or heavy in Latin. In Survivor context, it can also mean the place where the Jury members reside whilst they ponder the choice they have to make at the Final Tribal Council. The Jury Villa for this season was rather secluded.

ALSO READ: Answers to your burning questions about the making of Survivor SA!

How did the producers prepare the castaways for a potential stay at Ponderosa?

All contestants were aware that if they made merge, they would be required to do Jury duty and stay at Ponderosa for the remainder of the game. Production checks in with the Jury members on a daily basis.

Do the Jurors get meals and drinks while staying there?

All meals are catered for at Ponderosa and the Jury members each received a stipend to spend on drinks while they were there. There was also a stacked snack box with sweet treats that was very popular!

What are the rules? Are they allowed to talk to each other, contact their friends and family back home or leave the holding area?

The rules of Ponderosa are simple. We do not allow contact with family members (to keep secrecy), but the Jury members are allowed to spend time with each other (which you will see in the upcoming Ponderosa episodes). We also organised outings for the Jury at regular intervals. They don't have access to mobile phones or the internet, as they are still in the game until the Final Tribal Council. 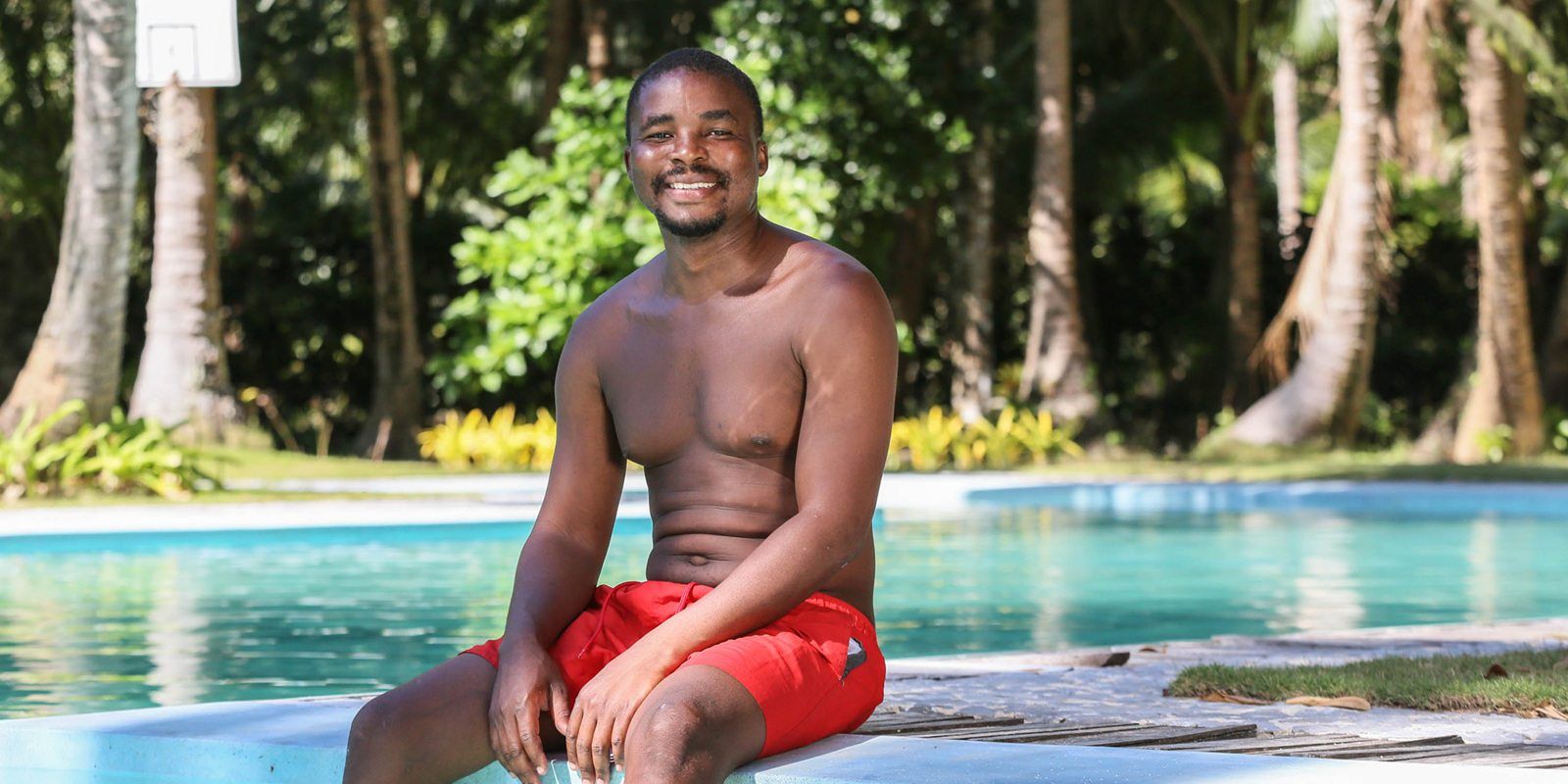 Vusi, soaking up the sun at Ponderosa

How do they relax in between Tribal Councils?

Ponderosa has a whole lot of amenities, like swimming pools, a bar, a pool table and fitness equipment for those who want to work out. There was also an extensive library which the Jury could access, but most of the time they just ate.

Do they have any other responsibilities, apart from attending Tribal Council?

There are certain media related duties that they need to attend to and every evening before Tribal the executive producer would brief them on the state of the game.

Survivor SA: Philippines airs on M-Net (DStv channel 101) on Thursdays at 19:00. Join the conversation on the Survivor Facebook Page or on Twitter or Instagram using the hashtag #SurvivorSA.

Video
My Ponderosa: Chappies – Survivor SA
Francois finally comes clean: according to him, Chappies was just a character he created to hide behind to protect himself from being taken advantage of.
Video
My Ponderosa: Tyson – Survivor SA
Tyson can finally sit back, switch off, relax and celebrate him and Kiran’s “married narrative” and special bond.
Video
Ponderosa: Jacques – Survivor SA S7
Jacques joins his compatriots at the Jury Villa – and we get an inside look at what the Jury are discussing. And yes: Jacques washes his hair!
Video
Ponderosa: Dante – Survivor SA S7
Dante reunites with mate Meryl at the Jury Villa, comes clean about stealing the flint, and seems to have curried some favour with Geoffrey and Seipei.