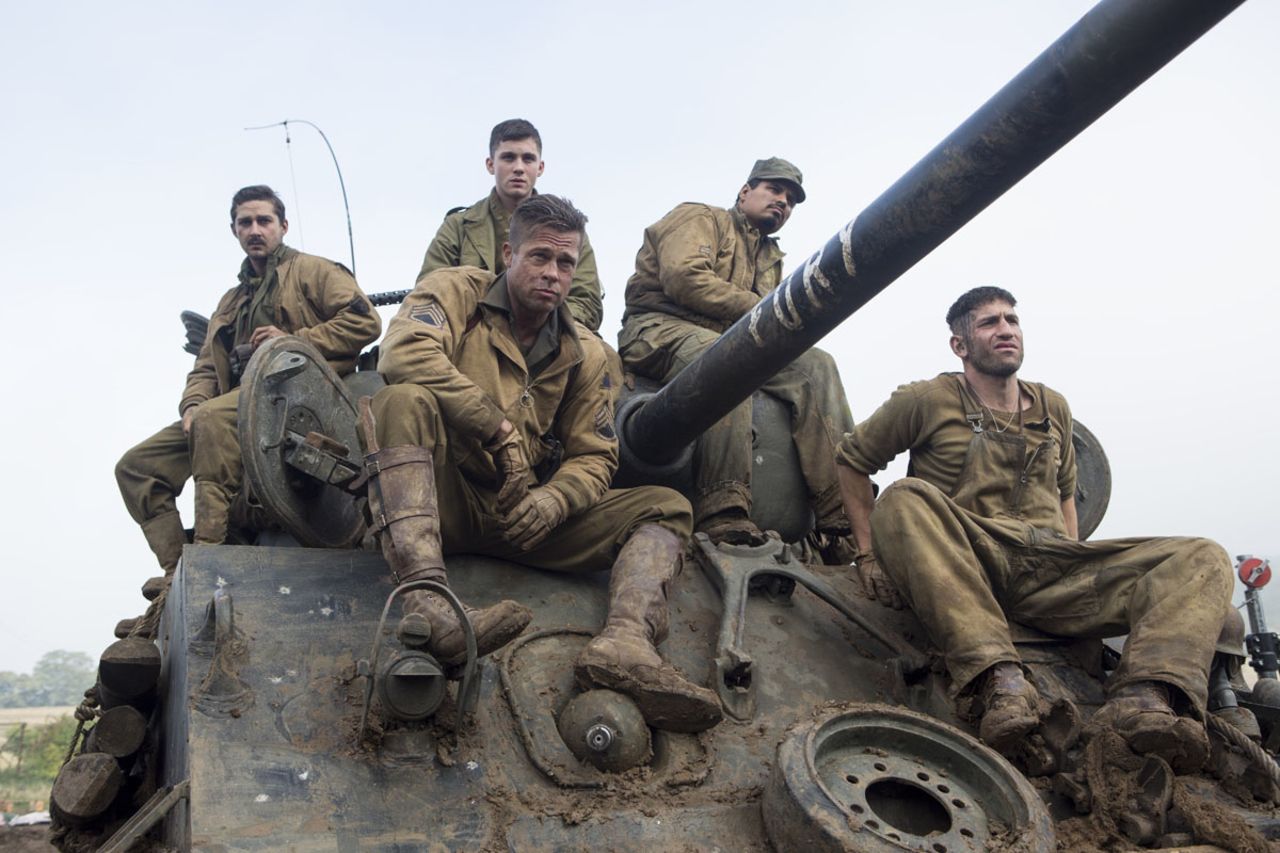 This is not Pitt’s first foray into WWII drama, having showcased his comedic skills as Lieutenant Aldo Raine in Inglorious Basterds. Before Fury comes to M-Net, we decided to take a look at this World War II film, and nine others.

World War II movies aren’t all about drama, or accuracy. Quentin Tarantino had fun embellishing history with his rollicking romp through 1940s France. But this is still war, and darkness is felt in its menacing undertone, particularly in Christoph Waltz’s Hans Landa. The director’s mandatory tale of revenge is also present, highlighted through Shosanna’s plight.

A definitive World War II film, there was bemusement when it lost the Best Picture Oscar® to Shakespeare in Love in 1999. Steven Spielberg, however, was awarded with Best Director for his harrowing account of the landing at Omaha Beach during the Normandy invasions; and the consequent search for the title character. It also features great performances by Tom Hanks and Matt Damon, as well as a pre-Fast and Furious Vin Diesel.​

Spielberg’s previous WWII film did nab Best Picture at the Oscars, in 1994. Mesmerisingly shot in black and white, with career-defining performances from Liam Neeson and Ralph Fiennes, it is based on the book by Thomas Keneally. Titled Schindler’s Ark, the book was inspired by the story of Nazi Party member Oskar Schindler, who saved thousands of Jews from persecution.

Adrien Brody went to extremes for his portrayal of Władysław Szpilman, leading to an Oscar for Best Actor. A brutally honest depiction of life in the Warsaw Ghetto, is it also an unexpected tale of redemption, friendship and the power of music.

Every war needs a little romance, and from the moment Ilsa walks into Rick’s café to the legendary closing shot, this is Hollywood in its romantic prime.

A World War II film that was less about drama and more about music, it stars Julie Andrews in an unforgettable performance. Despite its lighter note, it still serves to highlight the impact of war on family and society.

Written and directed by Wolfgang Petersen, Das Boot provides perspective from the other side. Set aboard a German submarine, it exposes the excitement, tedium and fear experienced during war, no matter what side you’re on.

Directed by Clint Eastwood, this is another film providing perspective from an Axis power. Serving as a companion piece to Flags of our Fathers, it tells the same story – of the Battle of Iwo Jima – but from the point of view of Japanese soldiers.

Taking place in the lead up to D-Day, the dozen of the title is an ensemble of convicted murderers, rapists, and criminals on death row.  Hoping to reduce their sentences, they undertake a mission behind enemy lines. Tasked with whipping these dirty dozen into shape is Major Reisman, played by Lee Marvin, himself a former Marine.

Headlined by the biggest movie stars of the ‘50s, it takes place in the days leading up to the attack on Pearl Harbour. Highly-acclaimed, award-winning and reaping in plenty of cash at the box office, the film is best remembered for the beach scene between Burt Lancaster and Deborah Kerr, which has been spoofed endlessly ever since.