Why We Can’t Wait for Westworld III

Season 1 led us through a maze. Season 2 took us through a door. Season 3 introduces a new world. Welcome to Westworld. Starting on Monday 16 March at 22:00 on M-Net, we can’t wait to reconnect with Dolores, Maeve, Bernard, Charlotte, and all the rest of the characters that populate this visionary new story created by Lisa Joy and Jonathan Nolan. Reworked from the original movie by Michael Crichton into a visually-stunning, mind-bending new reality, we are firm fans of the show and counting down the days till its season 3 premiere.

If you’ve never watched the show, you’ve clearly never questioned the nature of your reality. But you still can. Season 1 and 2 are available on Showmax. Spend this week catching up and join us for the latest season, because it’s going to be epic! Here’s why we can’t wait for Westworld season 3.

New Old Music
There are so many things to love about this show and one of our favourites is undoubtedly the music. Previous seasons have given us masterful musical reworkings from composer Ramin Djawadi. From The Rolling Stones to Kanye West to Soundgarden to a lot of Radiohead, Djawadi’s instrumental versions of popular songs by renowned artists are more than just covers. His work sets the tone and captures the characters, all while invoking a mesmerising feel of familiarity. Season 3 may just give us more of his brilliant reimagining, if the latest trailer is anything to go by: it features a cover of Sweet Child o’ Mine by Guns and Roses. Listen to it in the trailer below.

New Cast
There are a lot of new characters to look forward to in the third season, played by a host of illustrious actors including Vincent Cassel and Lena Waithe. The most notable addition is Aaron Paul and we could not be more excited about him sinking his talented teeth into a new role! As Caleb Nichols, he looks to be front and centre of a lot of the action, but that’s about all we can really figure out about his character. We can, however, say it’s pretty much guaranteed he won’t be yelling “Yo, Ms. Abernathy.” 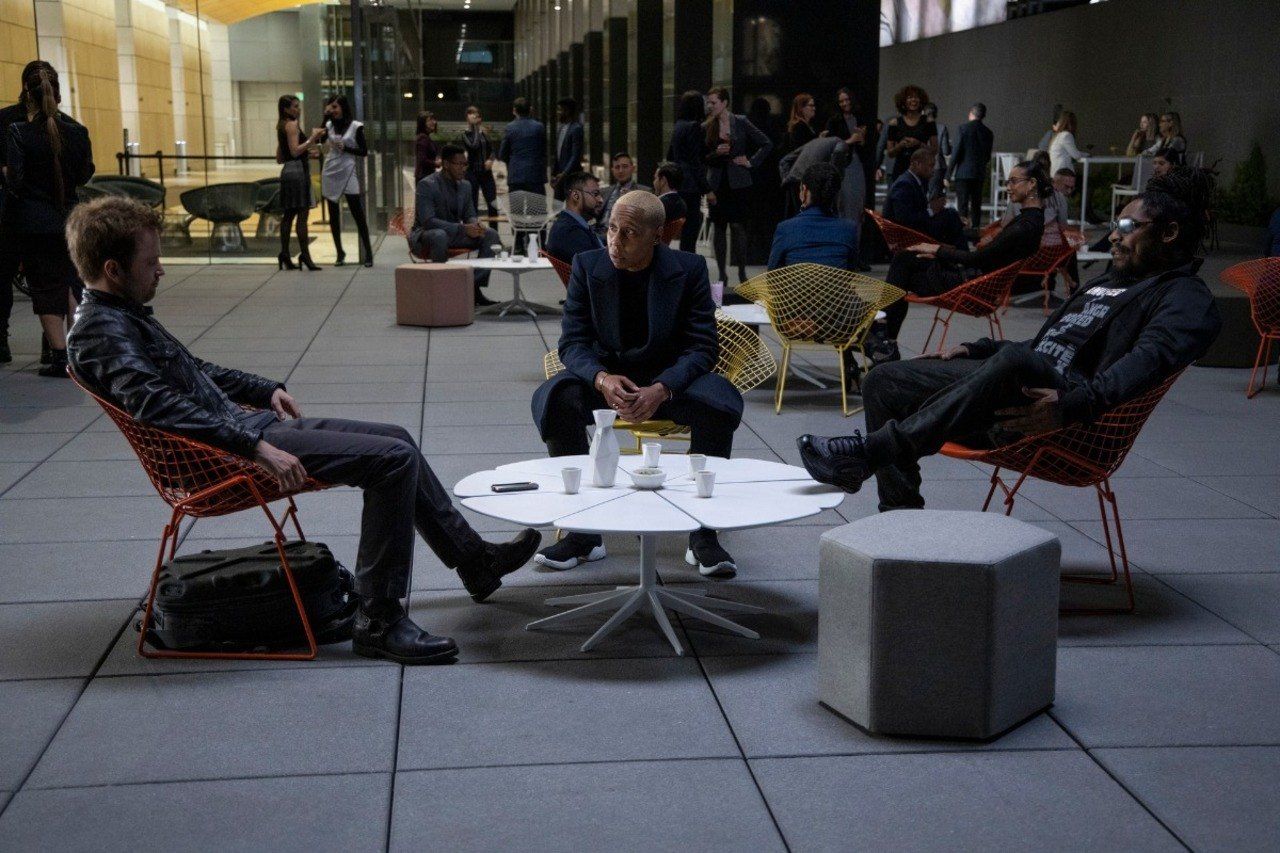 New Worlds
Does season 3 take place inside the park or out? Wherever in the world we find ourselves with our favourite characters, the production design looks set to be stunning. The cityscapes, in particular, are not something the show has leaned into much before, but the season 3 trailer is full of eye-popping, neo-noirish urban splendour. Yes, yes. We know family members often hate being compared, but there’s no doubt that series co-creator Jonathan Nolan shares an aesthetic sensibility with big bro Christopher.

Want to find out more about the show? Go behind the scenes with the cast and characters here.
Westworld season 3 starts Monday 16 March at 22:00 on M-Net channel 101.