Where is The Big Bang Theory cast now?

News
14 April 2021
After The Big Bang.
Subscribe To Watch

It’s been two years since The Big Bang Theory ended and we miss all the anything-can-happen-Thursdays, comic bookstore visits, laundry nights, and takeout food that came with being part of Leonard, Sheldon, Penny, Howard, Raj, Amy, and Bernadette’s lives. Luckily, the actors who play them are as busy as ever and we still get to watch (and hear them) in new movies and series coming our way.

Here’s what The Big Bang Theory cast has been up to.

Johnny Galecki
Played: Leonard Hofstadter
During the end of his time on The Big Bang Theory, Galecki returned to an earlier role that helped him shoot to stardom. In the late ‘80s and through much of the ‘90s Galecki was well known for playing David Healy in Roseanne. In the first two seasons of the spin-off show, The Conners, he reprised his role as David. Although it doesn’t seem as if he’ll be in the third season, you can watch his Roseanne co-stars Sara Gilbert and Laurie Metcalf as part of the main cast. Both are also alumni of The Big Bang Theory, having appeared throughout the series as Leslie Winkle and Sheldon's mother, Mary.

Jim Parsons
Played: Sheldon Cooper
Parsons did such an incredible job in this role, it’s difficult to divorce him from the part. However, he has made an impression taking on parts in dark and interesting dramas such as the series Hollywood and the Ted Bundy movie Extremely Wicked, Shockingly Evil and Vile. The Big Bang Theory fans still get to hear him in his most famous role, as he narrates the spin-off, Young Sheldon.

Kaley Cuoco
Played: Penny
Cuoco has always been a television darling and she’s continuing that trend with a brand new show. She brings her comedic charm to The Flight Attendant which, although funny, has a darker tinge than her previous TV outings.

Watch The Flight Attendant season 1 every Monday at 21:30 on M-Net channel 101.
Missed the first episode? Catch up with DStv using any connected device.

Simon Helberg
Played: Howard Wolowitz
Helberg has moved towards movies. In 2016 he appeared alongside Meryl Streep and Hugh Grant in Florence Foster Jenkins, receiving a Golden Globe nomination for Best Supporting Actor for his performance. He has a couple of new movies coming up, including Annette with Adam Driver and Marion Cotillard. 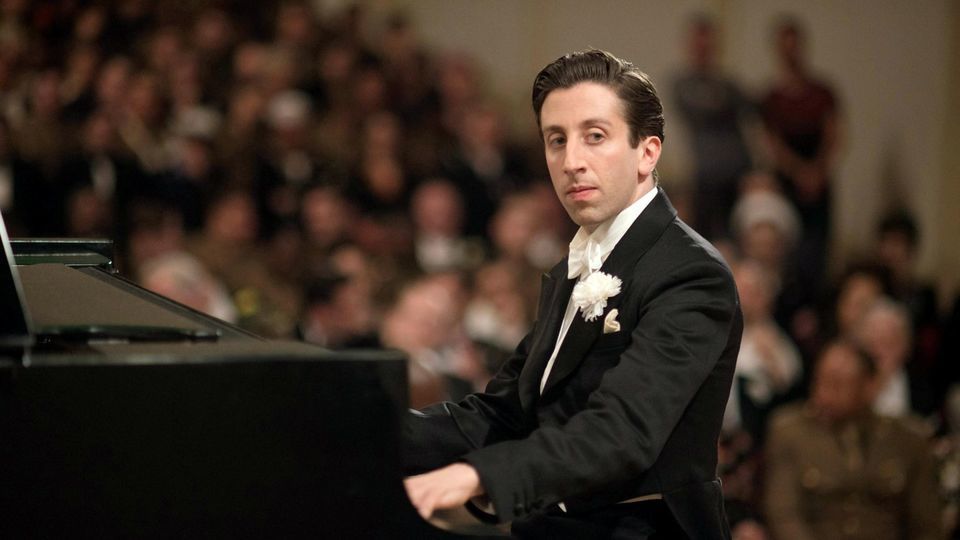 Kunal Nayyar
Played: Raj Koothrappali
Mayyar has stayed busy with movies and shows, most notably the Trolls franchise. He voiced Guy Diamond in the 2016 movie and reprised the character for the 2020 sequel, Trolls World Tour. 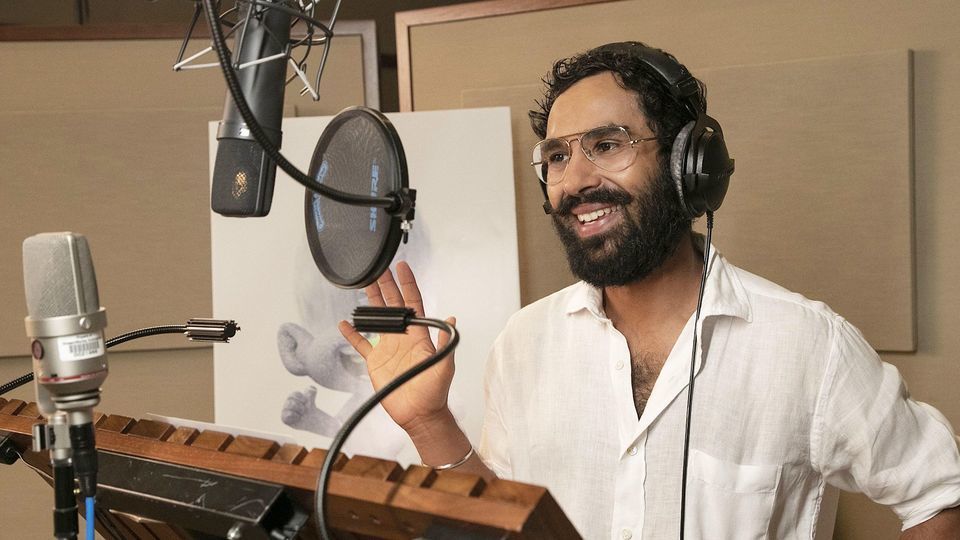 Mayim Bialik
Played: Amy Farrah Fowler
Like Galecki and Cuoco, Bialik has a long history on television. In the ‘90s, she played the title character in the TV show Blossom (which was even mentioned on The Big Bang Theory before Bialik joined the cast). Now she’s starring in a new comedy, Call Me Kat, in which she plays a woman who opens a cat-themed café.

Call Me Kat season 1 is coming soon to M-Net channel 101. 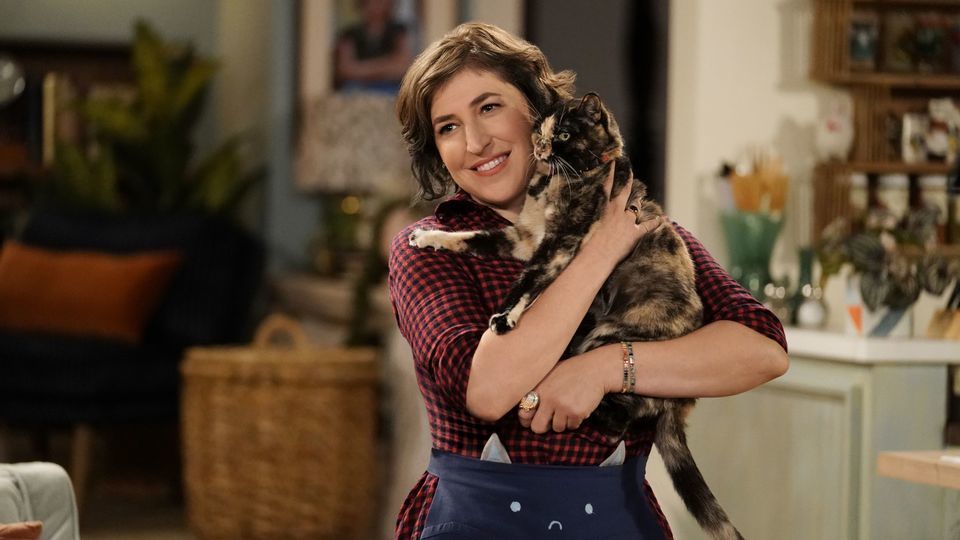 Melissa Rauch
Played: Bernadette Rostenkowski-Wolowitz
With that distinctive voice (which is not as high-pitched IRL), it’s hardly surprising that Rauch continues being snapped up for voice work. In 2017, she voiced Harley Quinn in Batman and Harley Quinn and most recently lent her voice to French queen Marie Antoinette in Animaniacs.

Miss The Big Bang Theory too? Reminisce with our five favourite episodes.

Please note dates and times are subject to change.
Feature image: The Big Bang Theory leaving their handprints in cement at the TCL Chinese Theatre in Hollywood.

Video
Flying high – The Flight Attendant
The drama and mystery continue for Cassie Bowden as she embarks on her new venture as a CIA asset. Watch The Flight Attendant season 2 Mondays at 21:00 on M-Net channel 101, starting 31 October.
Video
Commercial success
𝗧𝗵𝗶𝘀 𝘀𝘁𝗼𝗿𝘆 𝗼𝗿𝗶𝗴𝗶𝗻𝗮𝗹𝗹𝘆 𝗮𝗶𝗿𝗲𝗱 𝗼𝗻 𝟮𝟯 𝗢𝗰𝘁𝗼𝗯𝗲𝗿 𝟮𝟬𝟮𝟮. The dawn of democracy saw a broadening of our creative horizons, especially in the world of advertising.   By 1995, big brands and advertising’s brain power were combining in ways unseen in the restrictive apartheid years, defining new ways of reflecting on a changing society. The results were some of the most memorable commercials seen on TV, ones that remain etched in the minds of those old enough to remember them. So, where are those creatives now?  In a Carte Blanche "special" investigation lead by the intrepid Derek Watts, we  track down the icons behind the Vodacom “Ÿebo Gogo" campaign. Find more exclusive content on Carte Blanche: The Podcast: https://bit.ly/PodcastCB
Video
Cool Kat – Call Me Kat
The Big Bang Theory's Mayim Bialik stars in a new sitcom, following a single thirty-something who quits her job to open a cat cafe. Watch this new comedy Fridays nights on Me channel 115.
Video
Young Sheldon Season 5
Watch as child genius, Sheldon Cooper, navigates life as a 12 year-old college student.