The loveable dads on M-Net

News
17 June 2020
We salute the fathers we see on screen.
Subscribe To Watch

Dad, pa, father, pappa, ubaba, pops ... whatever you call him, he is pivotal in any child's life. He may be embarrassing when dishing out dad jokes in front of your friends, but he always has your back no matter what. He is every kid's very first superhero. 🙌 In honour of dads this Father's Day, we pay tribute to some of the TV dads we've come across on M-Net. 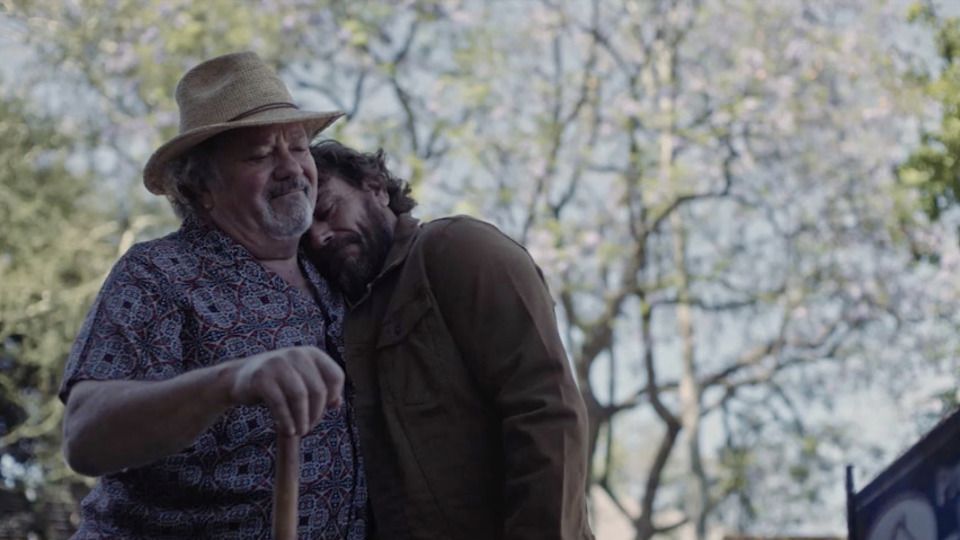 Played by: Michael Richard
The show: Still Breathing
Why we love him:
He is balancing numerous challenging situations his family faces. His wife, Helen, has Lewy body dementia, a rapid onset form of dementia; his daughter Abi becomes a widow; and his other daughter Jess is facing a relationship crisis. Yet, he keeps as calm as possible and becomes a soothing voice of reason as the series progresses. Let's not forget he's given a much-needed cash injection  (and advice) to Jess' partner, Danny.

"He is having to cope with a lot in his life and he doesn’t quite take everything in his stride but he is able to cope," says Richard. He adds that the character is incredibly identifiable. See the rest of the interview:

Many viewers also fell in love with him as a father and took to Twitter to gush:

Colin guys 😍😣😢😭😦. He is such a dope father, husband and everything 🤗. #StillBreathingSA

You can binge watch all episodes of Still Breathing on DStv Catch Up.

Played by: Luke Perry
The show: Riverdale
Why we love him:
Actors Luke Perry and KJ Apa, Andrews' son Archie on the show, bear a remarkable resemblance, which made them perfect to play the father-son duo. Even through the most dire situation, he is always there for Archie, sharing pearls of wisdom or providing comfort. Sadly, due to Perry’s untimely death last year, Andrews had to be written out of the show. Season 4 opens with a moving tribute to the character and the actor, and includes a very special cameo from one of Perry's co-stars from the 1990s. 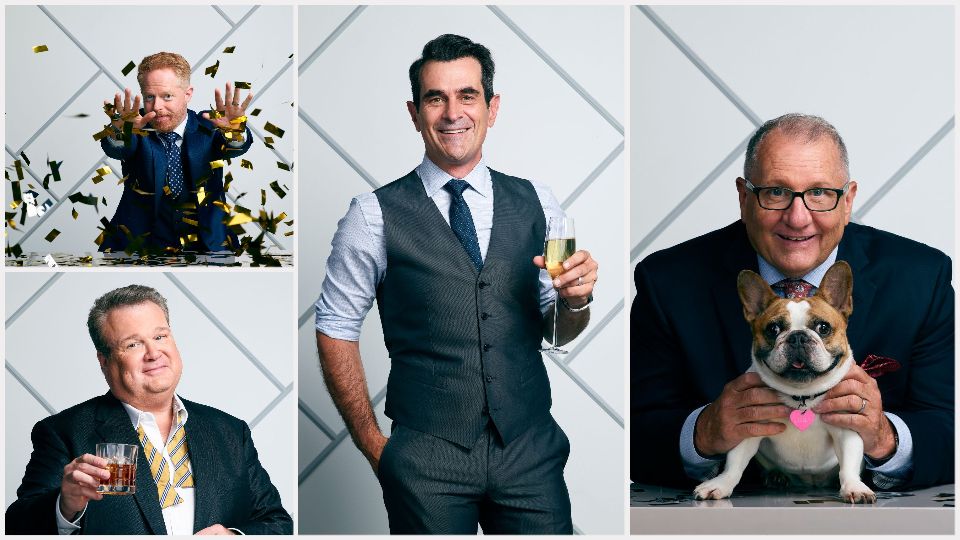 Played by: Ty Burrell, Eric Stonestreet, Jesse Tyler Ferguson, and Ed O'Neill
The show: Modern Family
Why we love them:
If the term 'dad jokes' were a person, that person would be Phil Dunphy. He is the dad who knows how to 'cool' text, always has a trick up his sleeve, and isn't afraid to show his silly side. He is always there for his kids, whether it is spending a day in college with his daughter Alex to show her how to let loose; or giving his eldest, Haley break-up advice; or helping his youngest, Luke, embrace his manhood. He is also the cheerleader dad who teaches his kids life’s valuable lessons using unconventional methods.

"When life gives you lemonade, make lemons. Life will be all like, 'Whaaaat?'"

While Cameron (Cam) Tucker and Mitchell Pritchett are total opposites, together they make the perfect couple and even better dads to their adopted daughter, Lily. Tucker is the loving, overbearing dad who’s never afraid to dress up and show up. Pritchett, on the other hand, is the level-headed one who often tries to reason with Lily. It’s beautiful to watch when they make an effort to share in Lily’s interests which often results in hilarious situations. No doubt that with two cool dads like these, Lily is one lucky girl!

“Oh please. He slips in and out of that accent like Kate Winslet in Titanic.”

Ed O'Neill is also well-known for his role as the sarcastic, and often misguided Al Bundy – an iconic and much-loved character – on Married with Children. As Jay Pritchett, a former war veteran, he has increasingly showed more of his paternal side as Modern Family progressed. He walked his son, Mitchell down the aisle, he has always given his daughter, Claire a shoulder to lean on; taught his stepson, Manny how to talk to girls; and found the child within himself with his youngest son, Joe. He’s also a cool grandad who has some of the best lines ever! He’s the glue that holds the family together.

Watch Modern Family season 11 every Saturday at 18:00 on M-Net City. 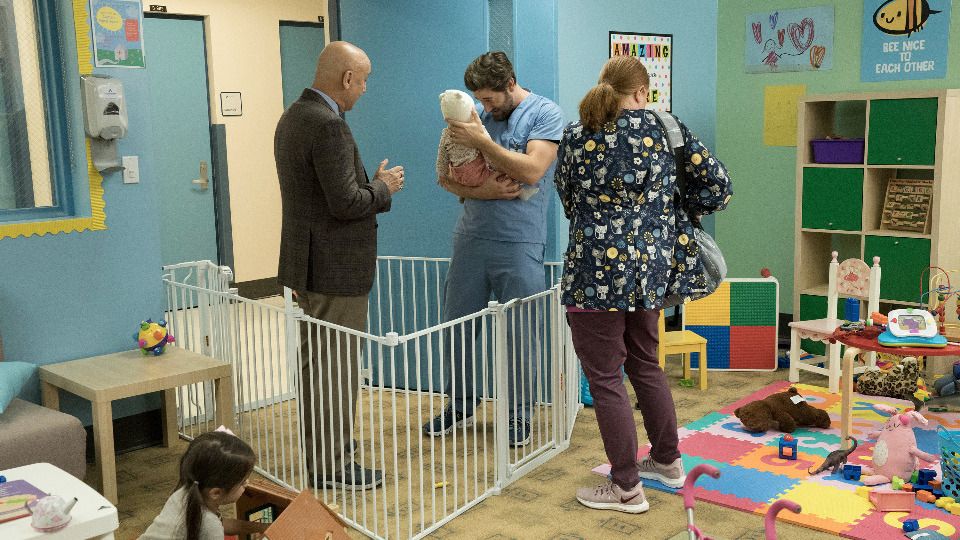 Played by: Ryan Eggold
The show: New Amsterdam
Why we love him:
He exited The Blacklist some time ago, but fans of Ryan Eggold now get to see him front and centre in the medical drama, New Amsterdam, as Dr Max Goodwin. In the second season, he’s a first-time dad and we can’t wait to see his relationship with his daughter, Luna, blossom. Hold tight to the  tissues though because after the premiere’s heart-wrenching revelation, fatherhood is going to be tough for him.

Watch New Amsterdam season 2 every Monday at 19:00 on M-Net. 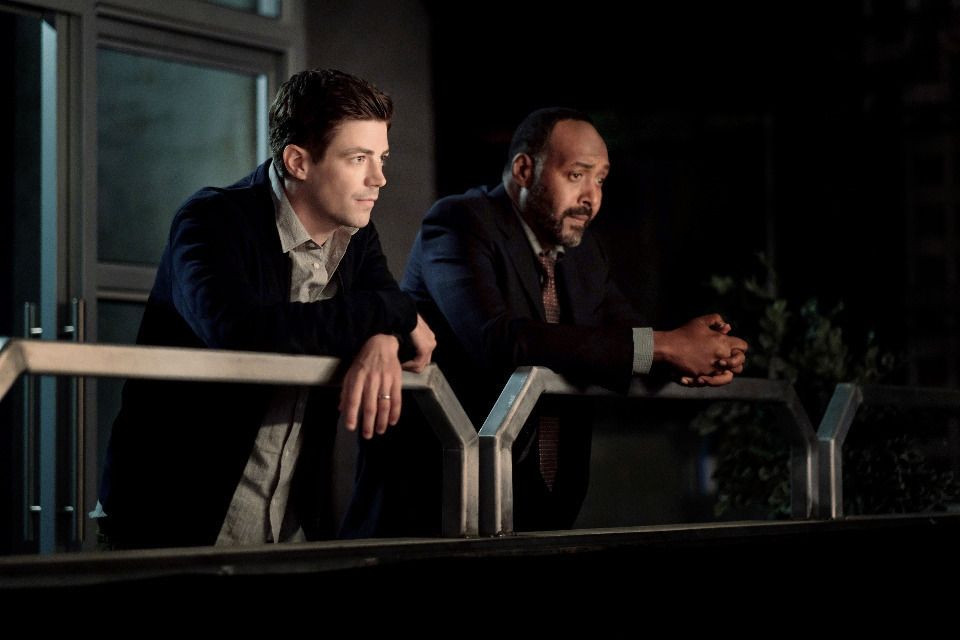 Played by: Jesse L Martin
The show: The Flash
Why we love him:
The role of West has been created especially for the TV series. Show runners have described him as "an honest, blue-collar cop who is a surrogate father to Barry", whom as fans know is Barry Allen, aka the Flash. When Allen was young, West took him in after his biological father was tried and sentenced to prison for his mother's murder. He becomes the soothing balm in Allen's life, an approachable man who offers sound advice time and time again.

Speaking to entertainment news website, TV Line, Martin says of his role: "I am Dad. I am there when it really comes down to things. Barry always comes to me. When something is bothering him, he will come to me."

Played by: Scott Caan and Chi McBride
The show: Hawaii Five-0
Why we love them:
Grace Williams is the be all and end all of everything Detective Danny Williams does – and she’s the reason for the nickname Danno. Danny will do whatever it takes to protect his little girl and over the course of nine seasons, he’s had to do just that because she’s been kidnapped, locked in a bunker and attended football games and school dances that have turned deadly. Portrayed by Teilor Grubbs, the young actress has grown up on set with Caan as her TV dad. Caan has had his own dear-old-dad moment on the show when his father James appeared in an episode in season two.

At a hulking 1.94m, Chi McBride is the perfect actor to play the gruff Chicago cop and former head of SWAT, Captain Lou Grover. He’s also raising two teenagers, Samantha and Will, but even though he can be tough on them, at heart he’s a big teddy bear. Like Grace, Samantha has also been kidnapped, and just like Williams, Grover went to the ends of the earth to save her. But that’s not where the connection between Williams and Grover ends, because in season 7, Grace and Will start dating, bringing this ohana even closer together.

Played by: Tom Everett Scott
The show: Council of Dads
Why we love him:
Family takes on a different meaning in Council of Dads when father of five, Scott Perry, learns he has cancer and turns to a trusted group of men to step in as back-up dads. This drama pulls at all the heart strings.

Cancer survivor, author, producer, father and the creator of the original Council of Dads, Bruce Feiler, explains how the idea came about. “I kept imagining all the walks I wouldn’t take with them and the art projects I wouldn’t mess up and the boyfriends I wouldn’t scowl at,” says Feiler. “And I kept thinking that they would lack my discipline and my love and my voice and, three days later, I woke with an idea of how I could give them that voice…”

See what else Feiler says:

Watch Council of Dads every Thursday at 20:00 on M-Net. 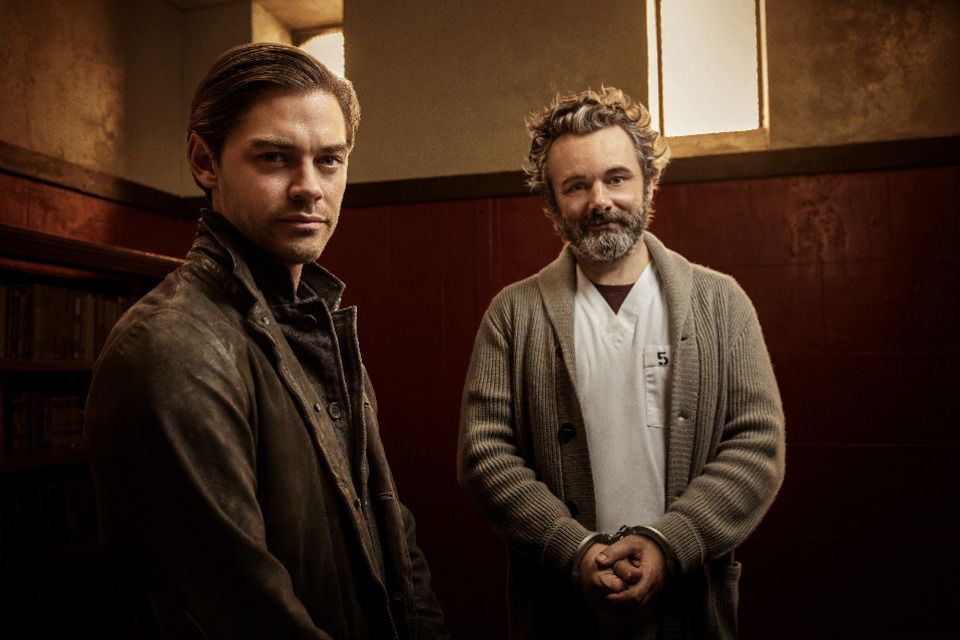 Played by: Michael Sheen
The show: Prodigal Son
Why we included him:
Dr Martin Whitly isn't quite someone who elicits love, what with being a serial killer and all, but he does care deeply about his son, Malcolm. So much so, he doesn’t even hold a grudge against his prodigious son for turning him in to the police all those years ago.

Watch Prodigal Son season 1 every Wednesday at 21:00 on M-Net. It is also available on DStv Catch Up.

Video
Watch The Man Who Fell to Earth on M-Net
Chiwetel Ejiofor and Naomie Harris star in this new series which continues the story told in the 1976 film starring David Bowie.
Video
Magical Mondays on M-Net
Three new shows and seasons are coming your way on 27 June. Medical drama fans can look forward to the fourth season of New Amsterdam and the first season of Good Sam. True crime fans can tune into The Staircase, starring Colin Firth and Toni Collette.
News
Best TV dad moments
We found these great moments with these great TV dads.
Video
Dads in June
An action-packed line-up for dads this June!