From the brain of Neil Gaiman, author of American Gods

Author Neil Gaiman was writing American Gods in 2000. Over 20 years later, season 3 of the TV adaptation is coming to M-Net, starting on 13 January at 22:30. Shadow Moon and Mr Wednesday, the main characters, cross paths again in this new season.

Oh my gods. American Gods writer @neilhimself answers why this season is sure to be a rollercoaster. Watch the Season 3 premiere of American Gods from @starz on the Apple TV app. https://t.co/rTAsBLXU3R pic.twitter.com/3rbIsa3GMV

If you're a fan of Gaiman's books, you'll know that American Gods is rather racier than his other more kid-friendly works but it doesn't take away anything from the story itself. In fact, it makes it all the more beguiling.

Like many across the world, Gaiman has grappled with the challenges of 2020 and took to his website to reflect, and throw forward, spreading a much-needed message of hope. Yes, the writer is letting in all the magic needed.

He starts off his post by reflecting on his cousin's past, a lady who survived the Holocaust during World War 2. When she had reached the displaced people's camp with no documentation, authorities suggested she put her ages as five years younger than what she was because it was that amount of time that was stolen from them.

"I could almost do that with 2020," writes Gaiman on his website. "Just not count it as one of the years of my life. But I'd hate to throw the magic out with the bathwater: there were good things, some of them amazing, in with the awful."

Some of the most challenging times, he acknowledges, were deaths of loved ones.

"The hardest moments personally were walking further into the darkness than I'd ever walked before, and knowing that I was alone, and that I had no option but to get through it all, a day at a time, or an hour at a time, or a minute at a time."

Yet he sees a silver lining.

"The best moments were moments of friendship, most of them from very far away, and a slow appreciation of land and sky and space and time. In February 2020 I'd been regretting that I knew where I would be and what I would be doing every day for the next three years. Now I'd been forced to embrace chaos and unpredictability, while at the same time, learning to appreciate the slow day to day transition that happens when you stay in the same place as the seasons change. I was seeing a different sunset every night.  I hadn't managed to be in the same place, or even the same country, for nine months since ... well, probably when I was writing American Gods in 2000. And now I was, most definitely, in one place." 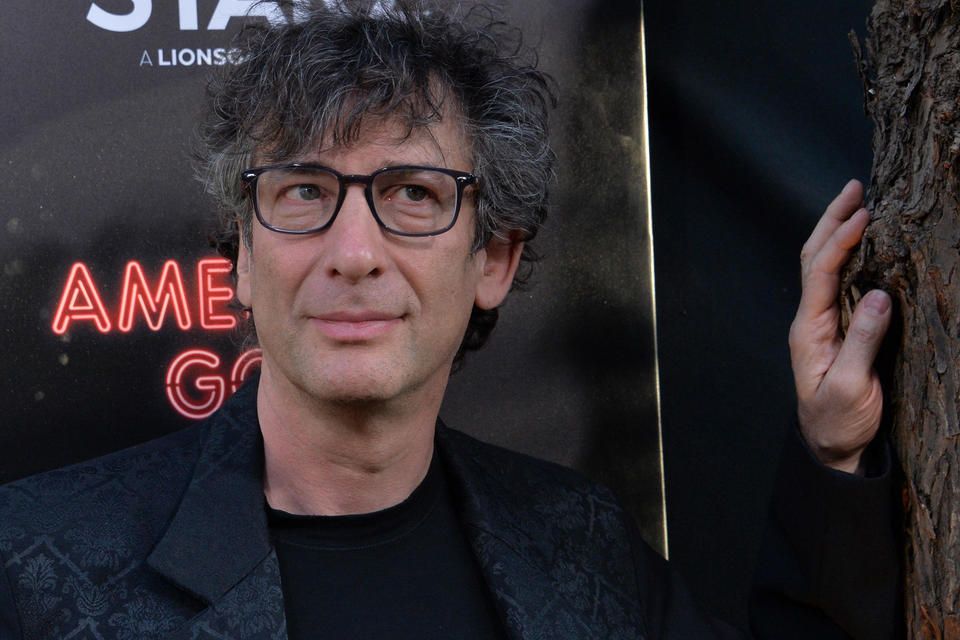 With a telescope he purchased in April, he took to star gazing and fell in love with it.

"I wouldn't want to give back the stars, or the sunsets, or the stones, in order not to count 2020 as a real year. I wouldn't give back the deaths, either: each life was precious, and every friend or family member lost diminishes us all. But each of the deaths made me realise how much I cared for someone, how interconnected our lives are."

In his annual new year message, Gaiman artfully spreads an inspirational message, a soothing nudge that we're in this together:

For this year ... I hope we all get to walk freely in the world once more. To see our loved ones, and hold them once again.

I hope the year ahead is kind to us, and that we will be kind to each other, even if the year isn't.

Small acts of generosity, of speech, of reaching out, can mean more to those receiving them than the people doing them can ever know. Do what you can. Receive the kindnesses of others with grace.

Hold on. Hang on, by the skin of your teeth if you have to. Make art – or whatever you make – if you can make it. But if all you can manage is to get out of bed in the morning, then do that and be proud of what you've managed, not frustrated by what you haven't.

Remember, you aren't alone, no matter how much it feels like it some times.

And never forget that, sometimes, it's only when it gets really dark that we can see the stars. 🌟

Video
The Greyling patriarch Neil Sandilands – Desert Rose
“I needed to get a little bit of sun on my skin so I looked like I am from here,” says actor Neil Sandilands. Watch the video to find out how dedicated he really is to Desert Rose.
Video
Mind over matter
𝗧𝗵𝗶𝘀 𝘀𝘁𝗼𝗿𝘆 𝗼𝗿𝗶𝗴𝗶𝗻𝗮𝗹𝗹𝘆 𝗮𝗶𝗿𝗲𝗱 𝗼𝗻 𝟮𝟮 𝗠𝗮𝘆 𝟮𝟬𝟮𝟮. At 14 years old, Amy Martin began to experience weakness and difficulty moving the left side of her body. A neurologist confirmed a devastating diagnosis: Juvenile Pilocytic Astrocytoma – a rare brain tumour affecting children. An operation to remove the tumour left her suffering from severe epilepsy and unsure whether she’d ever regain full mobility. By her early twenties, and after two more brain surgeries, Amy had four titanium plates and 16 titanium screws in her skull and was missing about a quarter of her brain. But she didn't give up, turning her gaze towards the future and enrolling at Stellenbosch University. In April this year, Amy graduated with a PhD in ancient cultures - a thrilling climax for the woman with just 75 percent of her brain.
Gallery
American Gods Season 2
Browse through images from American Gods season 2.
Video
American Rust S1
A captivating drama series that explores the shoddy American dream through the eyes of a complicated and compromised chief of police in a Rust Belt town, southwest of Pennsylvania.