News
27 July 2016
We look at ten families from TV.
Subscribe To Watch

Get ready for another TV family, set to make you laugh, in Crowded. In this new sitcom, the Moore parental unit has just adjusted to the idea of an empty-nest when their daughters decide to move back home after finishing college.

Since we have a new family to invite into our living rooms, we thought we’d take a look at a few classic TV families we’ve grown to love over the years, as well as families you can find on M-Net.

1. The Huxtables, The Cosby Show

With a doctor for a father and a lawyer for a mother the five Cosby children – Sondra, Denise, Theo, Vanessa and Rudy – had big shoes to fill. Growing up in suburban New York for eight seasons, the family expanded when Sondra, and then Denise, got married – with the latter’s stepdaughter, Olivia, moving in with her new grandparents.

Danny Tanner lives in San Francisco with his brother-in-law, Jesse; best friend, Joey; and three daughters, D.J, Stephanie and Michelle. It’s little wonder, then, how the show got its name. Over the course of eight seasons the household grew as Jesse got married, and his wife had twins. Keeping the house even busier are D.J’s boyfriend, Steve, and her incessantly bubbly best friend Kimmy, who’s forever popping into the Tanner home, much to the chagrin of many members of the full house.

3. The Laws, The Family Law

This Australian dramedy introduces us to the Law family. Based on the memoir of the same name, it centres on middle child Benjamin’s attempts at becoming a TV star, while trying to prevent his parents from splitting up. 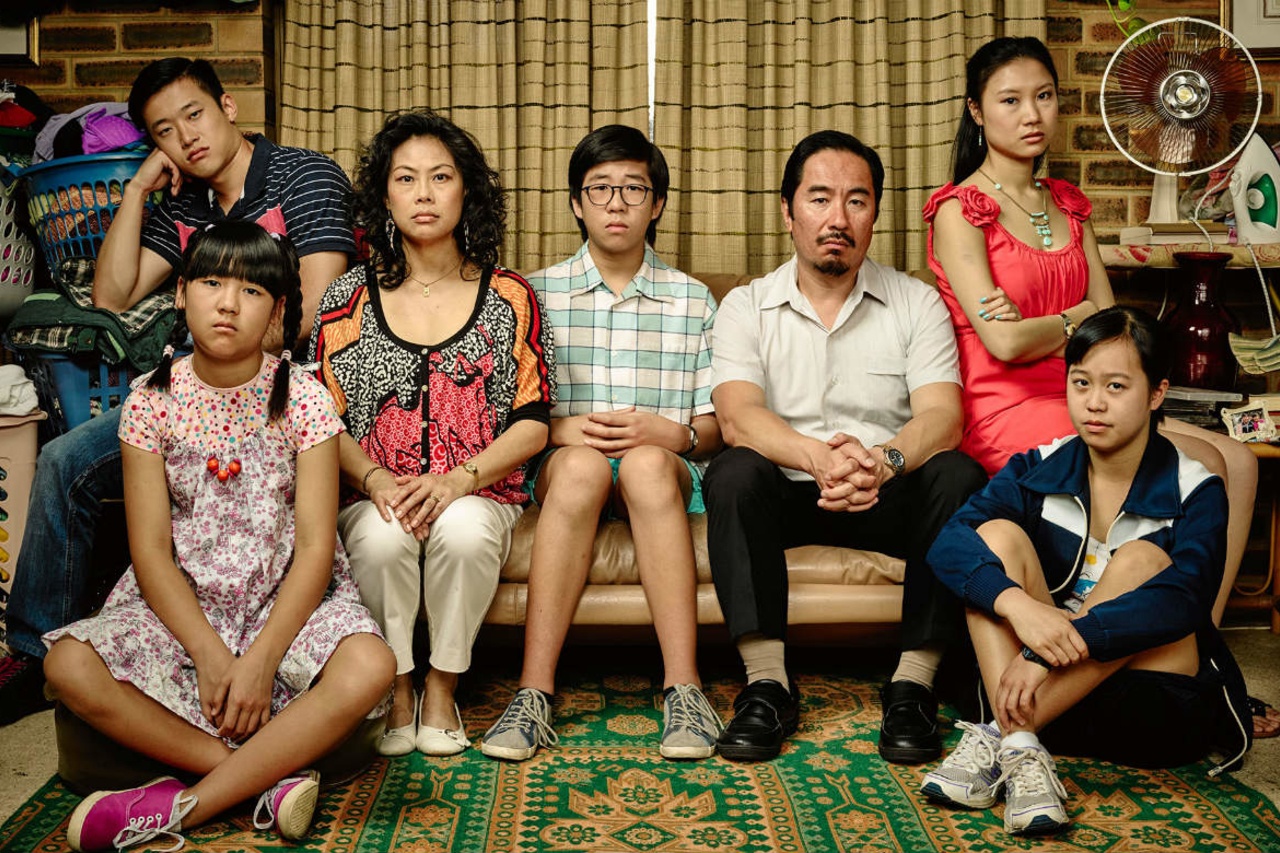 Arguably one of the most famous families on TV, the Simpsons are Homer and Marge; their three children, Bart, Lisa and Maggie; and their pets, Santa’s Little Helper and Snowball. The huge cast of mostly yellow-hued characters includes fellow family members like Grampa Abraham Simpson and Marge’s sisters, Selma and Patty Bouvier. The show debuted in 1989 and after 27 seasons is still on air.

5. All Other Animated TV Families

The Simpsons has been on air for decades and is a hugely influential part of pop culture. Although animated TV families existed in show like The Jetsons and The Flintstones, these were aimed at children. The Simpsons became a benchmark for prime time animated television. Without it we may not have had TV families like The Griffins in Family Guy or The Smiths in American Dad! All these shows have also given the creators exciting opportunities for TV show crossovers. Read about them here.

6. The Martinos and Kingsleys, Grandfathered

Former Full House star John Stamos gets a different and unexpected family in this new sitcom. A confirmed bachelor and successful restaurateur, his life is turned upside down when he finds out he has a son…and a granddaughter! 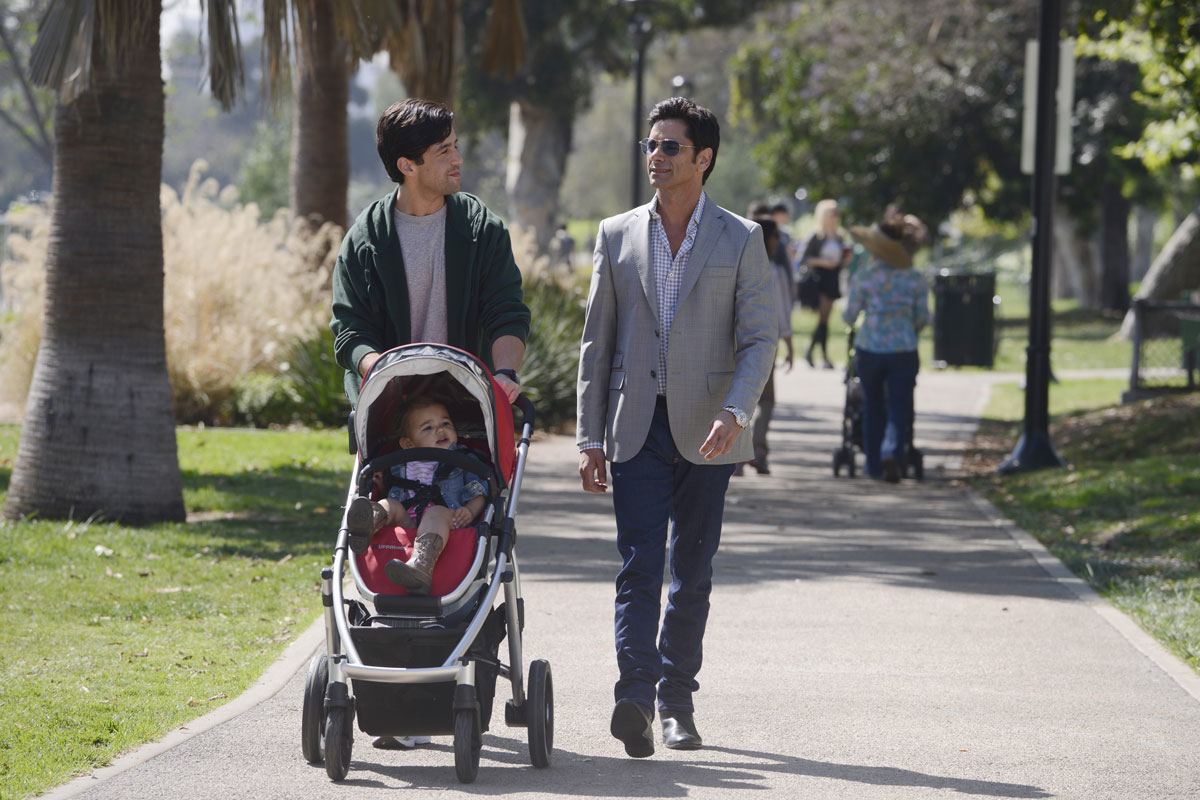 Watch Grandfathered Season 1 every Wednesday at 19:30 on M-Net.

Modern Family’s mockumentary style gives viewers a different insight into its characters – who consist of more than just mom, dad and the kids. The show has been renewed for an eighth season, and has been nominated for Outstanding Comedy Series for the seventh year in a row, at this year’s Emmys.

Tim Allen was part of a successful TV family in the ‘90s, during eight seasons of Home Improvement. In 2011, he became a father again. Formerly the patriarch of three sons, in Last Man Standing he becomes the father of three girls. 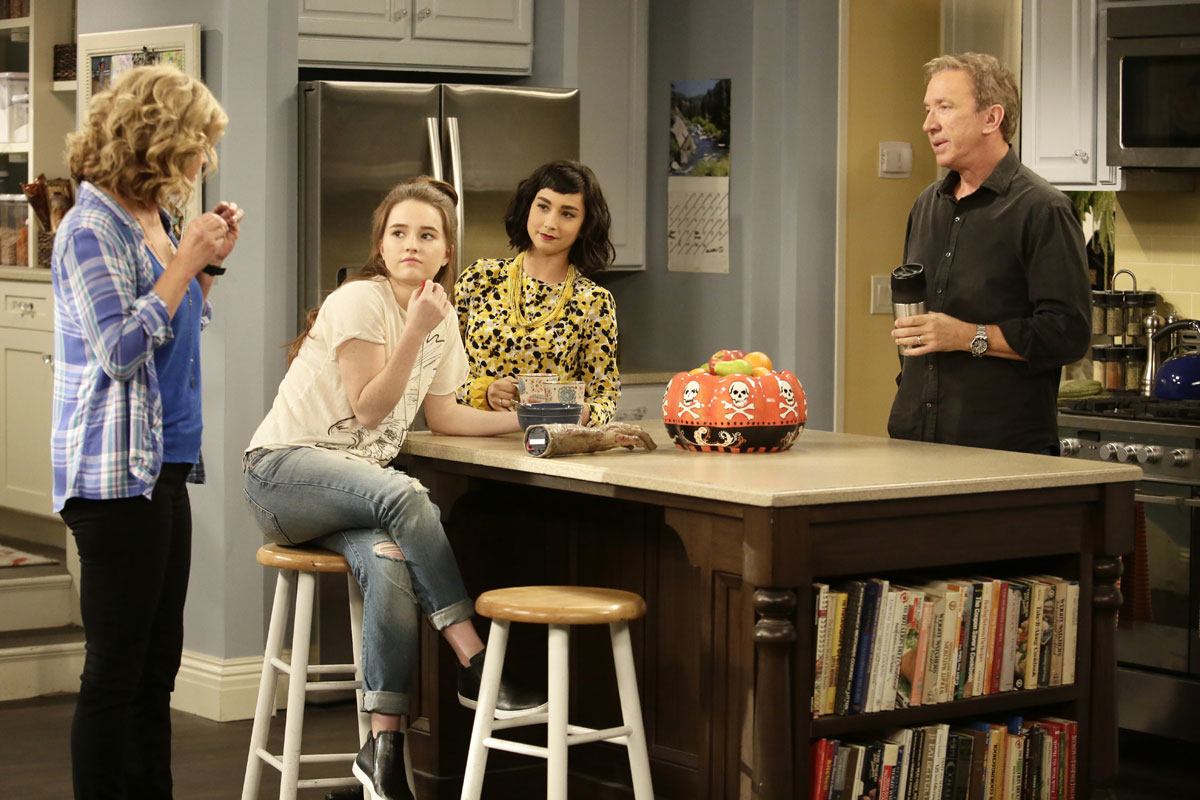 Watch a double bill of Last Man Standing Season 4 every Saturday from 18:30 on M-Net.

9. The Banks, The Fresh Prince of Bel Air

This popular American sitcom launched the acting career of one Will Smith and gave us one of the most memorable theme songs on television. Running for six seasons, it followed Will’s adjustment to moving in with his Aunt Vivian, Uncle Phil and his cousins, Carlton, Hilary and Ashley – and eventually little Nicky – in the wealthy neighborhood of the title. Rounding out the family was their butler, Geoffrey, full of dry quips and scathing comebacks.

Every family’s a little crazy; but none more so than the Bluths. Patriarch George Bluth Sr. has been chucked in prison and his wife is either drunk or judgmental or both. The show’s everyman, Michael Bluth, tries to anchor the insanity; but in addition to his problematic parents, he must cope with an unsuccessful magician of a brother and his self-centered twin sister, along with her eccentric husband and temperamental teen daughter. Amidst all this turmoil, he’s trying to raise his own son, George Michael. Arrested Development was cancelled after three seasons, but its innovative style and quirky tone made it a hit with fans, and it was briefly revived seven years later.

Meet one of the newest TV families, the Moores, in Crowded Season 1 every Saturday from 6 August at 19:30 on M-Net

Video
Fight to survive
𝗧𝗵𝗶𝘀 𝘀𝘁𝗼𝗿𝘆 𝗼𝗿𝗶𝗴𝗶𝗻𝗮𝗹𝗹𝘆 𝗮𝗶𝗿𝗲𝗱 𝗼𝗻 𝟭𝟬 𝗝𝘂𝗹𝘆 𝟮𝟬𝟮𝟮. Treatment for rare diseases can be staggeringly expensive. But when medical aid schemes refuse to pay, families are in for the fight of their lives. Carte Blanche explores the bitter conundrum families are confronted with as they try to access life-saving medicines for a group of rare genetic conditions called lysosomal storage disorders. A single month’s supply can cost hundreds of thousands of rands. The good news for patients is that these diseases are Prescribed Minimum Benefit conditions, which means that according to the Medical Schemes Act, medical aid schemes are obligated to cover treatment. And yet in case after case, medical aids refuse, dragging patients and their families through lengthy hearings with the Council for Medical Schemes. To date, the process has always resulted in a decision in the patient's favour. But at what cost to the patients while they’re forced to wait?
Video
Enyobeni: Tavern of terror
𝗧𝗵𝗶𝘀 𝘀𝘁𝗼𝗿𝘆 𝗼𝗿𝗶𝗴𝗶𝗻𝗮𝗹𝗹𝘆 𝗮𝗶𝗿𝗲𝗱 𝗼𝗻 𝟭𝟬 𝗝𝘂𝗹𝘆 𝟮𝟬𝟮𝟮. As devastated families in the Eastern Cape buried their loved ones this week, the country is still in shock over the 21 young lives lost at a local tavern in East London. While the cause of their deaths remains unconfirmed, one question lingers: why were children as young as 13 out drinking at a tavern? In South Africa, alcohol consumption figures among adults are rated among the highest in the world, but is underage drinking becoming a norm, too? Within days of the tragedy, Carte Blanche took to the streets of East London and surrounds to find underage drinking carrying on unabated in the area. We confront the Provincial Liquor Board on where accountability lies.
Gallery
Animal Kingdom S5
The kingdom
News
Fierce women on TV
These ladies rocked it!