She’s played a hacker, an assassin, a treasure-hunting adventurer, and a fairy. In your Sunday night movie, Maleficent: Mistress of Evil, Angelina Jolie returns to the role of fairy, as the title character. We love watching her in this redemptive remake of Sleeping Beauty, which got us thinking…what other fairies have we loved watching in the movies over the years? This is who we came up with.

The Blue Fairy
It’s often a fairy’s prerogative to lead her hero on their quest – or make sure they stay on the right path. They're also around to grant wishes. In Disney’s 1940 animated version of Pinocchio, the Blue Fairy does all these things for the puppet who just wants to be a real boy. If you were a fan of the fantasy series Once Upon a Time, you would have spotted her there too. The incomparable Meryl Streep has also had her turn to play the part, voicing the Blue Fairy in the Pinocchio-esque A.I.: Artificial Intelligence.

Cherlindrea
No list that dabbles with fantasy and fairytales would be complete without at least one entry from the ‘80s. After all, it was a decade filled with high fantasy films such as Legend, Labyrinth, The Dark Crystal, The Last Unicorn, The NeverEnding Story, The Princess Bride, and Willow. The latter featured the fairy queen Cherlindrea. Like many a good fairy she is instrumental in keeping the hero, Willow Ufgood, on his heroic path.

The Fairies in Pan’s Labyrinth
They may not have names, but this gorgeous, dark fantasy from the gifted mind of Guillermo del Toro could not be excluded from the list. Like many good fairies, they’re integral in starting the heroine on her quest and will face any and all dangers in the pursuit of good against evil.

The Fairy Godmother
When you hear the words “fairy godmother” you’re probably inclined to think of Cinderella, particularly the 1950 animated version from Disney. But Maleficent (further down the list) also becomes a fairy godmother, and there are many more versions besides. Like Shrek 2’s fairy godmother, voiced by the fantastic Jennifer Saunders; and Tiana's fairy godmother, Mama Odie, in Disney’s The Princess and the Frog.

The Green Fairy
This fairy is actually a green-coloured spirit – not a fantastical spirit, an alcoholic spirit – called absinthe and is nicknamed the green fairy. In Baz Luhrmann’s spectacular musical Moulin Rouge, the green fairy is personified by Kylie Minogue after the poet Christian and his fellow artists fall under the spell of the green fairy…by drinking absinthe, of course!

Maleficent
Not all fairies are good. Sleeping Beauty is proof that some of them are just out to curse you. The story of the sleeping beauty dates back many centuries, but the creation of Maleficent was one of Disney’s. She first appeared in all her villainy in the 1959 animated feature film, but was redeemed 55 years later with Sleeping Beauty’s live-action reimagining, Maleficent. A special shout out has to go to the good fairies in this story too. In some versions, Sleeping Beauty has a dozen good fairies protecting her, but in the Disney version it’s three: Flora, Fauna, and Merryweather, dubbed Knotgrass, Thistlewit, and Flittle in the live-action remake and its sequel (this week’s Sunday night movie!).

The Sugar Plum Fairy
This fairy, who reigns over the realm of sweets, finds her origins in The Nutcracker. She is not mentioned by name in the initial storybook or its later adaptation, but was brought to life by Tchaikovsky’s ballet. One of the most recent versions of the Sugar Plum Fairy is Keira Knightley’s delightful portrayal in 2018’s The Nutcracker and the Four Realms, which you can watch on M-Net Movies Smile. 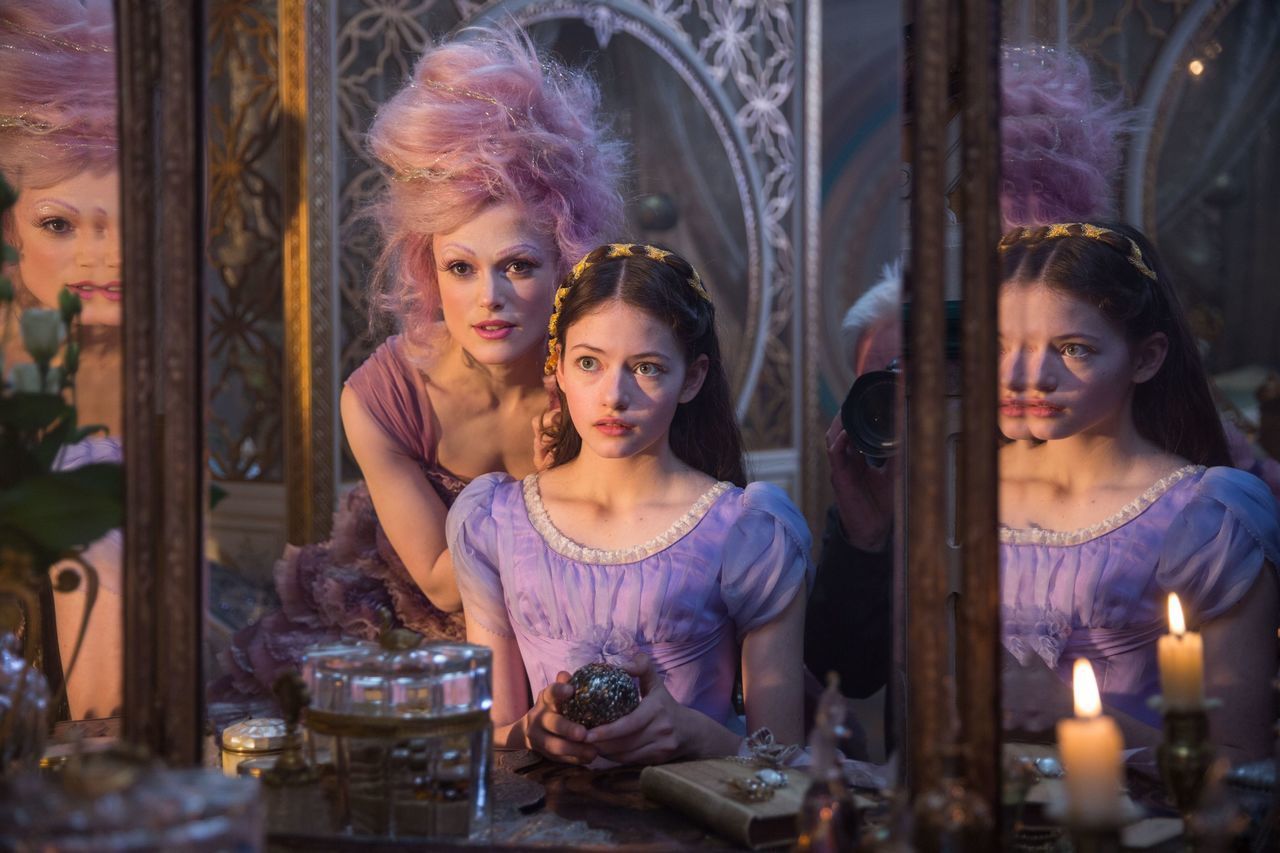 Tinker Bell
She is perhaps the most famous fairy of them all. She even has a whole line of her own movies. Tinker Bell was created by Scottish playwright J.M. Barrie when he wrote Peter Pan. Since then she has been incarnated on stage (usually played by a light and some bells) and on screen, most notably in the 1953 Disney animation, and as played by Julia Roberts in Hook.

Titania
Michelle Pfeiffer’s character in Maleficent: Mistress of Evil, Queen Ingrith, may not like fairies, but the actress has played one before. In the 1999 film adaption of William Shakespeare’s comedy, A Midsummer Night’s Dream, Pfeiffer plays Titania, Queen of the Fairies. 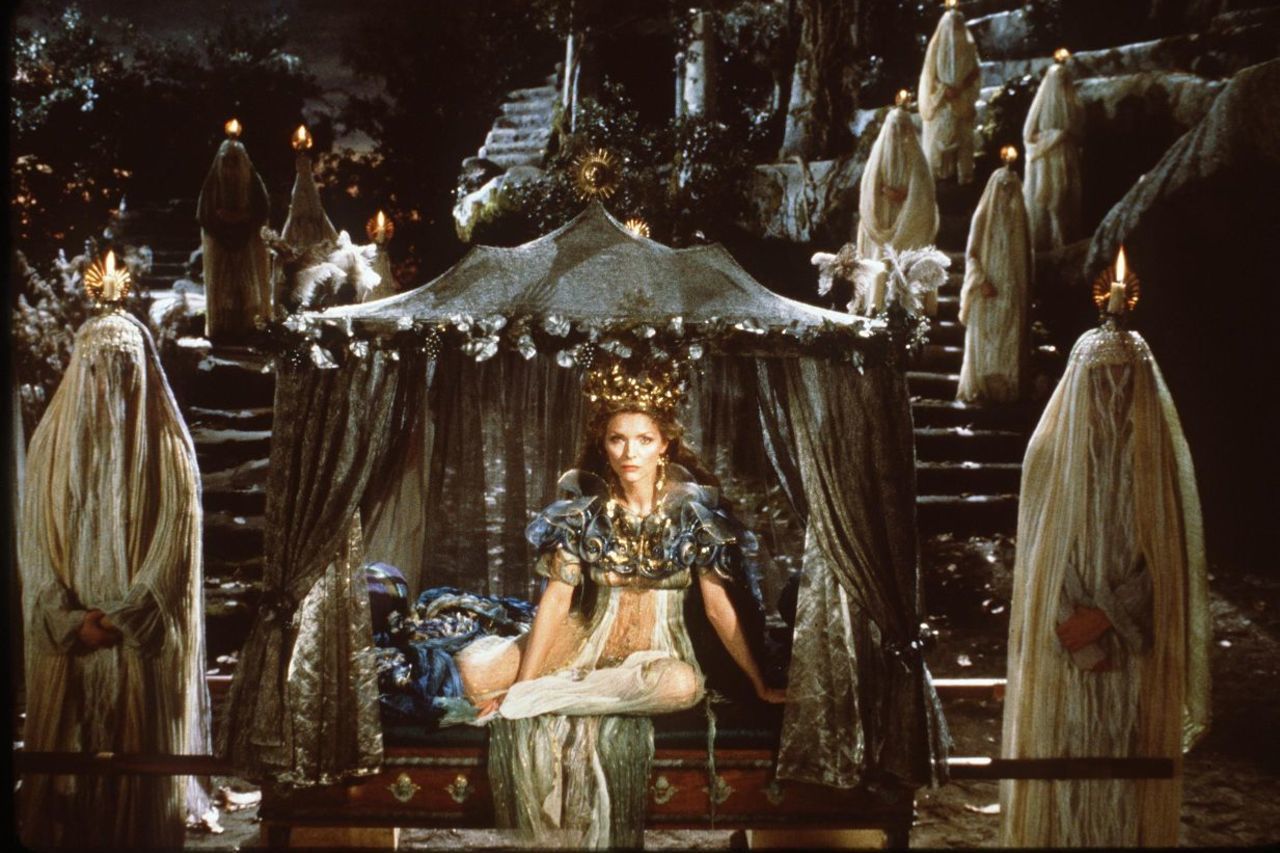 The Tooth Fairy
No list would be complete without the fairy who’s after your pearly whites. Along with Santa, the Easter Bunny, and the Sandman, she appears in the 2012 film, Rise of the Guardians, played by Isla Fisher.

Who’s your favourite fairy? Share your faves and tune in to watch Angelina Jolie as the fairy godmother in Maleficent: Mistress of Evil, your Sunday night movie on 14 June at 20:05 on M-Net channel 101.