All the biggest shows, all the most explosive, dazzling stories are coming to DStv this November as M-Net lights up the night. 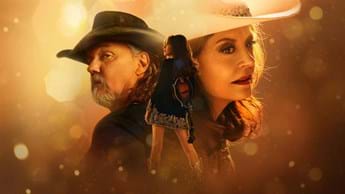 From the shows that light up your brain with an explosion of brilliant “what if” ideas, to emotional big bang dramas, M-Net (DStv Channel 101) is setting off a firework display of new series and seasons this November.

We’ve scoured the shows to tease some of the biggest storylines coming your way below. Whether you love cops and crime, shocking family drama, or vampires, you have the best seat to watch the show, every night on DStv.

Plan your TV time now, before we get swept up in FIFA World Cup 2022 fever from Sunday, 20 November!

Light up the dark

Let The Right One In

You might have said you’d kill for your kids but would you really? In this series that is inspired by the 2004 Swedish novel by John Ajvide Lindqvist, 12-year-old Eleanor (Madison Taylor Baez) has been a vampire for 10 years now. All that time, her dad Mark Kane (Demián Bichir) has been forced to kill to feed her. There’s a glimmer of hope because vampirism has secretly become common enough for researchers to now show an interest. Let’s just say drug trials aren’t going well, and that vampire chimpanzees are terrifying.

Watch Let The Right One In now Watch M-Net now

Is forensic psychologist Kristen demon possessed? The forked tongue kiss at the end of Season 2 says it’s a possibility. This season’s firecracker storylines include a machine built to measure the weight of a human soul, a bullying internet meme that urges teens to commit blasphemy to dodge death, and a viral social app that’s terrorising a family. There’s something Evil for all ages and stages – sweet dreams, innocent viewers.

X marks the spot in the intersection between Indiana Jones, The Librarians and National Treasure. As secret cults, ancient organisations and archaeology cross paths in this fun adventure series about Art thief Lexi and FBI agent-turned-lawyer Matt. This season revolves around a quest to bring back Mongolian conqueror Genghis Khan and visually offers incredible fireworks in terms of its locations, which include the actual Vatican, Turin, Venice, Ireland, Thailand and Morocco (while Montreal, Canada, stands in for Paris and Geneva).

New strangers join the Harris family in the lost prehistoric world of living fossils they fell into when a sinkhole opened up under Los Angeles in Season 1. A new sinkhole takes down the Hollywood sign in true action movie style. Time itself is a throw of the dice as this season strands bewildered people everywhere from 10 000 BC, to 1988 (where Josh is stuck after accidentally stepping into a portal at the end of Season 1). The real mind twister arrives when Rebecca Albridge presses a button on a rock and a puddle vanishes to reveal a hidden staircase into a cave.

Security consultant, Jo Cross (Keeley Hawes) and her estranged social worker husband, Jason (Lee Ingleby) are caught up in an armed terrorist attack on a tourist resort while they’re on holiday with their kids. With her back to the wall, Jo picks up a gun and starts stalking the terrorists through the hotel. The series is based on a stray thought that dug into thriller writer Louise Doughty’s mind while she was on holiday herself. And it had her asking things like which family member she’d help first, and whether she’d be able to behave heroically at all.

This season starts and ends with a bang as autistic savant, Dr Shaun Murphy, and his love, Lea, throw an engagement party in episode 1 and celebrate their hospital rooftop wedding in the shocking season finale. Shaun promises to help with wedding planning, but he has no idea what he’s just committed to; his stress will already be sky high because St. Bonaventure hospital had been bought out by Ethicure, and the new bosses are demanding rapid-fire change.

Producer, Jerry Bruckheimer (Top Gun, Con Air) understands the appeal of a cool explosion and prison drama! We’re getting in this sizzling firefighter series about convicts in a prison releases programme who’re working to earn parole by volunteering in CalFire, a horrifically dangerous wilderness firefighting unit. Series star and creator, Max Thieriot (who plays Bode Donovan) has family and friends who’ve had to flee real-life California wildfires, and their experiences and stories have inspired many stories in the show.

City On a Hill

We’re back in Bawwwston for a final season of this series about how police reform dragged the city out of a downward spiral in the 1990s. Assistant District Attorney, DeCourcey Ward (Aldis Hodge), might still be insisting that he’s nothing like (now former) FBI agent, Jackie Rohr (Kevin Bacon), who’s started working in private security for the rich and rotten Dryden family. They’re still the most entertaining thing in the show every time they share a scene. It’s fireworks, baby, and happily we’ll get a lot of it as the two investigate Jackie’s new boss.