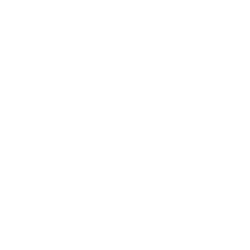 Transplant brings life to a second season on DStv

Medical drama series focussed on Syrian refugee Dr. Bashir “Bash” Hamed (Hamza Haq) working at York Memorial Hospital in Canada. We see whether Dr. Bishop (John Hannah) recovers from his stroke in the Season 1 finale. And Bash’s new life is upended when he is reunited with Rania (Nora Guerch), a woman from his past, in episode 1, while Mags (Laurence Leboeuf) battles to win over her new boss, Dr. Novak (Gord Rand). 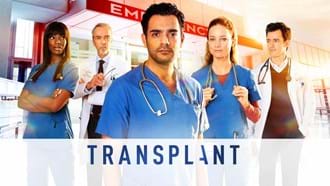 Who’s who at York Memorial Hospital

Last season Syrian refugee Dr Hamed repeated his residency in the emergency department of York Memorial. At home, Bash is responsible for his little sister Amira and this season Bash is reunited with his fiancée, Rania (Nora Guerch), who he believed had died in Syria. That’s going to complicate his life throughout the season thanks to his feelings for Mags and the fact that Rania reminds him of the life he lost. With his mentor Jed’s health crisis, Bash is also afraid of losing his hard-won job security.

12-year-old Amira has survived a literal war zone and becoming an orphan, and while she’s been thrown in the deep end in her new country, she’s finding her way around and figuring out how things work more confidently. She’s independent, determined, and she’d like for her big brother to stop worrying about her the whole time. Amira is a lot more excited and less conflicted to see Rania than Bash is, and thrilled when she moves in with them part way into the season.

Dr. Mags the Emergency Medicine resident puts work first. While she’s kind and empathetic, she’s also a perfectionist who’s constantly at war – within herself – between the split-second decision making needed in the emergency department, and her tendency to be a constantly questioning perfectionist. This season we’ll find out a bit more about her family, and she’ll be getting her pick of departments, but her new boss Novak gets on her case about the way she overworks herself.

Sharp-eyed and unpleasable Chief of Emergency Medicine Dr. Bishop has his staff and interns jumping. He’s a tough taskmaster and teacher, but the emergency room is a tough environment. In Bash he finds the brilliant young protege of his dreams, but Jed’s career might be ending sooner than he likes, following his stroke in the season 1 finale, which upends the hospital in season 2 and sends Jed scrambling for a replacement.

Sweet natured, funny Dr. Hunter is a small-town boy from a religious family. He’s conducting his fellowship in paediatric emergency medicine at York Memorial and is very much a fish out of water in Toronto. His beloved wife and daughters live out in his hometown of Sudbury, but that’s going to cause trouble for him this season as his marriage cracks after he accepts a full-time job away from home. This season Theo will also be mentoring a new medical student, Jake Cooper (Atticus Mitchell).

You know your task-oriented surgeon who loves her job but isn’t into getting touchy-feely with patients? This is her. Tight-lipped surgical resident Dr. Curtis is laser focussed on her job and doesn’t suffer fools gladly. She has a dry wit and tends to fall on the brutal side of being brutally honest. This season June piles on the pressure as she steps up to take the job of Chief Resident, just as a family health crisis strikes home.

Witty and self-assured Head Nurse Malone is one of the only staff who’ll dare to confront Dr. Bishop and put him in his place. She knows her job and her hospital. But while Nurse Malone is a tough nut, she is observant, too. She’ll be Jed’s rock this season and we’ll be seeing a lot more of her.

Dr. Novak becomes acting head of the emergency department of York Memorial following Jed’s stroke. They’re very different people, and Dr. Novak is something of an agent of chaos. Hold onto your hats because at some point this season, he and Jed are going to have to figure out how to work together. And both Jed and Bash are eager to stop him from finding out that Jed has fudged Bash’s paperwork to get him working at the hospital. And Novak won’t take to Bash arguing with him as easily as Jed did.