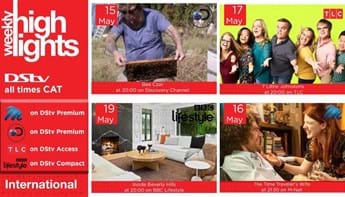 Wednesday 18 May at 20:00 on OneZed, available on DStv Compact and up

Thursday 19 May at 19:00 on Mzansi Wethu, available on DStv Access and up

Monday 16 May at 21:30 on Africa Magic Family, available on DStv Family and up

Tuesday 17 May at 19:00 on Africa Magic Showcase, available on DStv Compact and up

Wednesday 18 May at 20:30 on Africa Magic Urban, available on DStv Compact and up

Thursday 19 May at 21:00 on Africa Magic Showcase, available on DStv Compact and up

Monday 16 May at 20:00 on Pearl Magic Prime, available on DStv Compact and up

Wednesday 18 May at 21:00 on Maisha Magic Bongo, available on DStv Access and up

Thursday 19 May at 19:30 on Maisha Magic Plus, available on DStv Compact and up

Friday 13 to Sunday 15 May at 21:00 on SuperSport Golf, available on DStv Premium

The PGA Tour continues with the AT&T Byron Nelson tournament in Texas, with a purse of US$9.1million.

Sunday 15 May at 04:00 on SuperSport Action, available on DStv Compact Plus and up

The UFC will continue with a Fight Night at the APEX Facility in Las Vegas, headlined by a light heavyweight bout between Jan Blachowicz and Aleksandar Rakic.

Sunday 15 May at 14:00 on SuperSport Motorsport, available on DStv Premium

The seventh round of the 2022 MotoGP World Championship will be the Grand Prix of France, held at the iconic Circuit Bugatti in Le Mans.

Monday 16 May at 21:00 on SuperSport Premier League, available on DStv Compact and up

The penultimate round of the Premier League wraps up with Newcastle United hosting Arsenal at St. James Park on Monday evening.

The NBA Playoffs will continue with Conference semifinals games, slated for early morning on Saturday 14 May.

The DSG Park in Commerce City will play host to a Major League Soccer clash between the Colorado Rapids and LAFC on Saturday night.

Friday 13 May at 21:45 on Studio Universal, available on DStv Compact and up

When Detective John Shaw finds evidence against his colleague, Detective Tyler, he tries to bring the truth to light. But Detective Tyler has other plans, which puts John's life in danger. Starring Jon Moxley and Lochlyn Munro, directed by Stephen Reynolds.

Georgia, who leads a life full of unfulfilled desires, is left shocked when she discovers her terminal illness. Soon, she quits her job, gathers her savings and sets out on a luxurious trip to Europe. Starring Queen Latifah and Alicia Witt, directed by Wayne Wang.

Cobb steals information from his targets by entering their dreams. Saito offers to wipe clean Cobb's criminal history as payment for performing an inception on his sick competitor's son. Starring Leonardo DiCaprio and Cillian Murphy, directed by Christopher Nolan.

The United States of America is plunged into a state of chaos and confusion when a group of marauders decide that the purge does not stop. An immigrant family struggles to survive and escape. Starring Ana de la Reguera and Josh Lucas, directed by Everardo Valerio Gout.

Monday 16 May at 16:30 on TLNovelas, available on DStv Family and up

Wednesday 18 May at 17:00 on Zee World, available on DStv Access and up

Thursday 19 May at 20:00 on Telemundo, available on DStv Access and up

Monday 16 May at 07:25 on Dreamworks, available on DStv Compact and up

Monday 16 May at 15:50 on Nickelodeon, available on DStv Compact Plus and up

Tuesday 17 May at 18:40 on Disney Channel, available on DStv Compact and up

Wednesday 18 May at 10:05 on Nick Jr, available on DStv Compact Plus and up

Sunday 15 May at 20:00 on Discovery Channel, available on DStv Premium

Walter Schumacher founded the American Honey Bee Protection Agency out of mission to protect this vital part of our ecosystem from destruction. If your home or business has a honey bee infestation, don't call an exterminator, call Walter and his team to do a dangerous but essential job for free.

An intricate and magical love story, adapted by Steven Moffat from the much loved novel by Audrey Niffenegger and directed by David Nutter, ‘The Time Traveler’s Wife’ tells the story of Clare and Henry, and a marriage with a problem... time travel.

Thursday 19 May at 20:00 on BBC Lifestyle, available on DStv Compact and up

A look at one of the most glamorous and iconic locations on earth, by peeking inside Beverly Hills' opulent homes, hotels and businesses to see how the other half spend their time at work, rest and play.

After the death of his mother, Joshua decides to live with his grandmother, who heads a criminal clan. His life takes a turn as he gets involved with his cousins and their criminal activities.

After a sudden turn of events, the Conner family is forced to face the daily struggles of life in a way they never have before. This iconic family, Dan, Jackie, Darlene, Becky and D.J., demonstrates that laughter, conversation and love can overcome anything.

‘Unexpected’ takes a raw look at teenage pregnancies and the effects on teen parents and their families as everyone prepares for the arrival of the babies.

Interviews and re-creations bring some of history's most daring jailbreaks to life, detailing every step of the way, including the inmates' meticulous plans and the manhunts that followed. Hosted by Morgan Freeman. 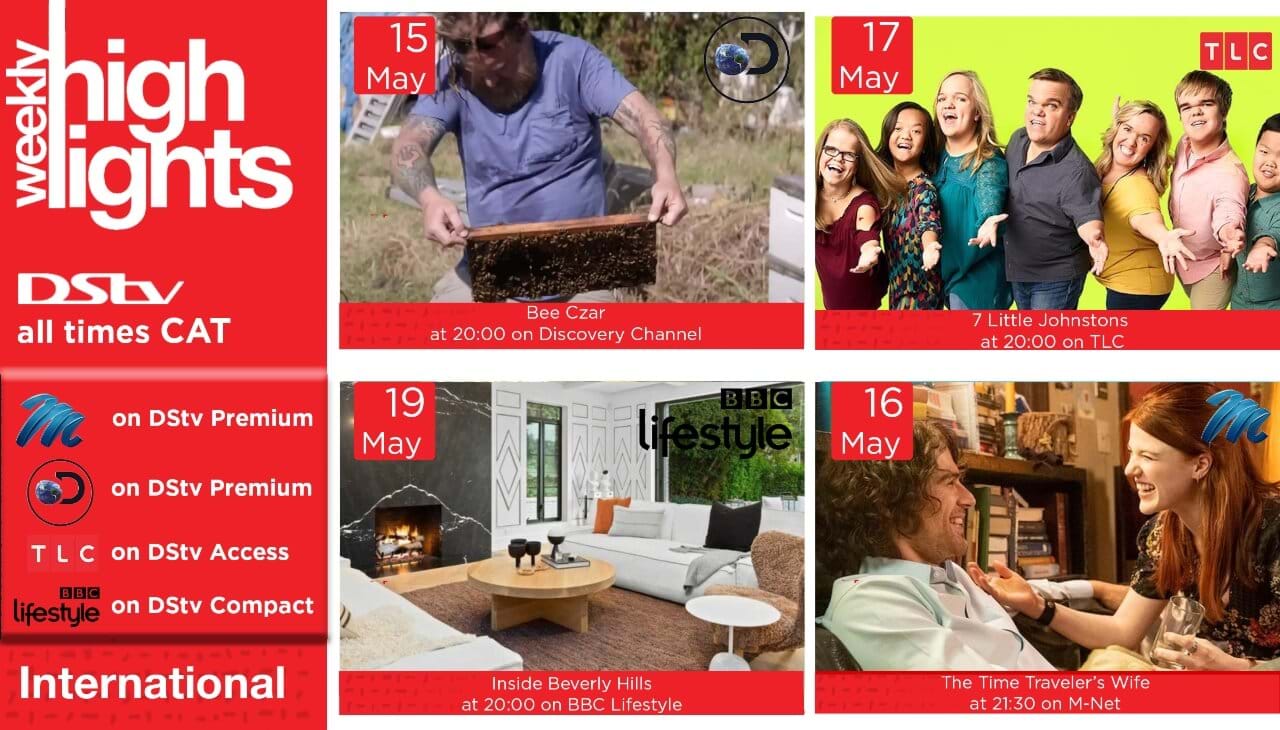