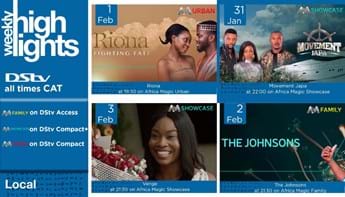 Monday 31 January at 19:30 on Zambezi Magic, available on DStv Compact and up

Secrets, betrayal, greed and love are exposed and endured as a family fight for control of a music empire.

Tuesday 1 February at 22:00 on Moja Love, available on DStv Family and up

Dloz’lami gives emotional balance to families that lives with uncertainties and validate their suspicions by connecting with their spiritual guides. Hosted by Thembi Nyathi this reality show will offer spiritual guidance and try to find some answers for the participants who are facing difficulties in their lives.

Wednesday 2 February at 21:00 on Mzansi Magic, available on DStv Family and up

When the husband of a successful businesswoman and loving wife discovers her dreadful secrets, she is forced into a corner, with no choice but to do the unthinkable.

Thursday 3 February at 19:00 on M-Net, available on DStv Premium

Legacy is a first-of-its-kind South African telenovela set in the fast-lane world of investment billionaires. At heart, it is a story about a family at war with itself.

Monday 31 January at 22:00 on Africa Magic Showcase, available on DStv Compact and up

Three friends desperate to leave the country for the west set out as ship stowaways but end up on the wrong ship, barreling their lives down a dark and violent tunnel where love and redemption await at the end.

Tuesday 1 February at 19:30 on Africa Magic Urban, available on DStv Compact and up

A wicked King. A village under siege. Strata. Class. And an Uprising. Rebellion looms as King Ofotokun does all he can to stop a dark prophesy from getting fulfilled: That a child born under the rising of the dark moon will take his life. But destiny is against him.

Wednesday 2 February at 21:30 on Africa Magic Family, available on DStv Access and up

Thursday 3 February at 21:30 on Africa Magic Showcase, available on DStv Compact and up

A woman’s quest for vengeance uncovers a world of scandal, secrets, lies and betrayal. Will vengeance be the means to an end or the very end itself?

Sunday 30 January at 19:30 on Maisha Magic East, available on DStv Access and up

A series that delivers topics of interest to the Kenyan public. Told in a compelling narrative style, it reveals sides to Kenya that are uplifting and at times horrifying.

Monday 31 January at 20:30 on Pearl Magic Prime, available on DStv Compact and up

For every chapter written there are invisible verses. For every human being, there are skeletons in the closet and a story they want to keep secret.

Tuesday 1 February at 18:30 on Maisha Magic Bongo, available on DStv Access and up

Danga follows the lives of three sisters, Pipi, Angel and Mo, who have come to the city in search of a better life after the abuse of men.

Thursday 3 February at 20:30 on Pearl Magic Prime, available on DStv Compact and up

This drama series follows the life of a middle-aged teacher. Things take a turn for the worst after she loses her husband and is accused of killing him. She finds herself in a dangerous situation and has to do everything in her power to prove her innocence.

Friday 28 and Saturday 29 January at 18:55 on SuperSport Motorsport, available on DStv Premium

The 2022 Formula E World Championship will open with back-to-back races for the Diriyah ePrix at the Riyadh Street Circuit.

Friday 28 to Sunday 30 January at 22:00 on SuperSport Golf, available on DStv Premium

The PGA Tour presents the Farmers Insurance Open, set for the Torrey Pines Golf Course in San Diego and offering a purse of $8.4million.

Sunday 30 January at 03:00 on SuperSport Variety 3, available on DStv Compact and up

WWE presents one of its most famous Pay-Per-View events, the Royal Rumble, live from The Dome at America’s Center in St Louis, Missouri.

Saturday 29 and Sunday 30 January at 10:30 on SuperSport Tennis, available on DStv Premium

The 2022 Australian Open will wrap up with the Women’s and Men’s Singles Finals on the mornings of Saturday 29 and Sunday 30 January.

The NBA Regular Season will feature a potential thriller between two Eastern Conference sides, as the Milwaukee Bucks host the New York Knicks.

Tuesday 1 February at 21:00 on ESPN, available on DStv Family and up

Tuesday 1 February at 22:00 on ESPN, available on DStv Family and up

Harry Potter and the Half-Blood Prince

Dumbledore and Harry Potter learn more about Voldemort's past and his rise to power. Meanwhile, Harry stumbles upon an old potions textbook belonging to a person calling himself the Half-Blood Prince. Starring Daniel Radcliffe and Emma Watson, directed by David Yates.

Teenager Daniel LaRusso is bullied by Johnny Lawrence, who is adept at martial arts. In order to defend himself, he tries to learn karate from Mr Miyagi, his apartment's kind handyman. Starring Ralph Macchio and Pat Morita, directed by John G. Avildsen.

Robbie, a wedding singer, meets Julia, a waitress, at a reception and the two hit it off. He soon learns that she is engaged to another man, who treats her like garbage, and must stop their wedding. Starring Adam Sandler and Drew Barrymore, directed by Frank Coraci.

A man refuses all assistance from his daughter as he ages. As he tries to make sense of his changing circumstances, he begins to doubt his loved ones, his own mind and even the fabric of his reality. Starring Anthony Hopkins and Olivia Coleman, directed by Florian Zeller.

Monday 31 January at 18:00 on Star Life, available on DStv Family and up

The story revolves around a small town woman named Geet and how she tackles all the difficulties that come in her way.

Tuesday 1 February at 21:00 on Telemundo, available on DStv Access and up

This tells the story of best friends, Laura and Antonia, who after almost 20 years of marriage each decide to take a 100-day break from their respective spouses. During this hiatus, they examine their relationships and explore what it means to date in the modern world.

Wednesday 2 February at 20:00 on Zee World, available on DStv Access and up

Zoya Farooqui, a fun-loving girl brought up in the USA, travels to Bhopal in search of her biological father, where she slowly falls in love with Asad Ahmed Khan.

All Roads Lead To Love

Thursday 3 February at 19:00 on Telemundo, available on DStv Access and up

‘All Roads lead to Love’ is about Eva Soler, a tough and determined beauty who always dreamed of becoming a truck-driver, she inherits her late father’s truck, and her life seemingly starts to fall into place.

Monday 31 January at 13:05 on JimJam, available on DStv Access and up

This animated children's series follows the warm and fuzzy adventures of a band of little beings inhabiting a magical garden world.

Tuesday 1 February at 11:05 on Disney Channel, available on DStv Compact and up

Spider-Man, his team of friends and other superheroes unite to fight against Venom who plans to gain control over the Earth.

Wednesday 2 February at 14:30 on Nick Jr, available on DStv Compact and up

Kai, Lola, Rammy and Bobbi are four heroic young deer that protect the animals who live in Central Forest and the people living in Platinum City.

Thursday 3 February at 14:00 on CBeebies, available on DStv Family and up

Tinky-Winky, Dipsy, Laa Laa and Po play around, laugh, dance and sing as they go about their days in a scenic Teletubbyland while a baby-faced sun interacts with them in a fun way.

Friday 28 January at 18:10 on Discovery Channel, available on DStv Compact Plus and up

Craftsman and survival expert Marty Raney - joined by daughter Misty, a farmer, and son Matt, a hunter and fisherman - attempt to teach families the essential skills on how to survive in the wilderness.

Friday 28 January at 21:00 on TLC, available on DStv Compact and up

Dr Emma Craythorne and her team of experts are on a mission to solve complex skin conditions. They help people whose lives have been impeded by devastating disorders and they hope Emma and their team have the solution.

Friday 28 January at 22:00 on Comedy Central, available on DStv Compact and up

Four friends challenge each other with a series of awkward and outrageous dares. If any of the four refuses to complete a dare, he loses and must endure punishment.

Shaun, a young doctor, joins a renowned hospital in San Jose, California, but his colleagues do not socialise with him. He uses his skills to treat patients and prove his abilities to his co-workers.

What are known to some as the Coastal Path Murders, Pembrokeshire's most notorious set of unsolved crimes, are reinvestigated. Detective Superintendent Steve Wilkins and all of the key people involved reveal how justice was finally able to be served.

In 1994 South Africa, the daughter of a multiracial couple is kidnapped. Reyka manages to escape, and as an adult, she uses her skills to raise her child and solve mysteries.

Bob's life takes an interesting turn when he meets Abishola, a nurse of Nigerian descent, and begins to fall in love with her.

Martha Stewart completes a variety of outdoor projects at her Bedford, N.Y., farm, while her famous friends seek Martha's advice for their own home projects. 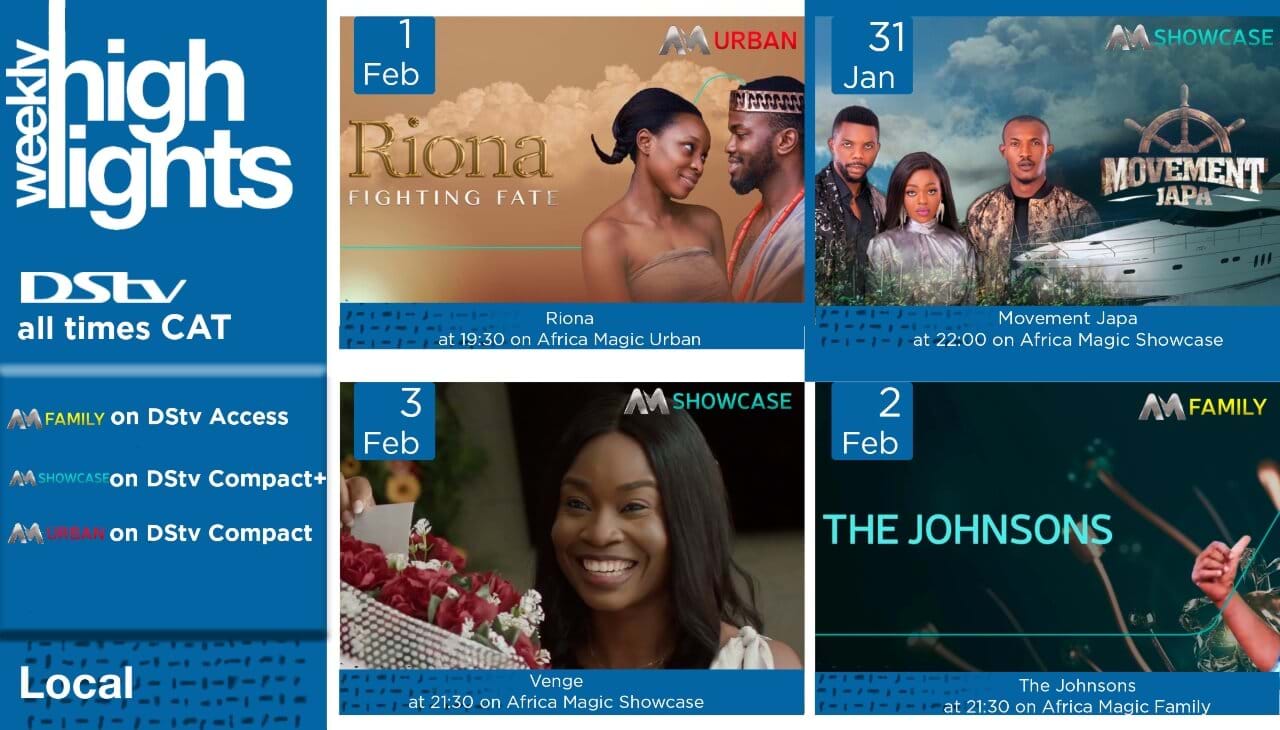