Moozlie is celebrating a triumphant moment in her career with the release of her first studio album, which premiered on Friday, September 7th! 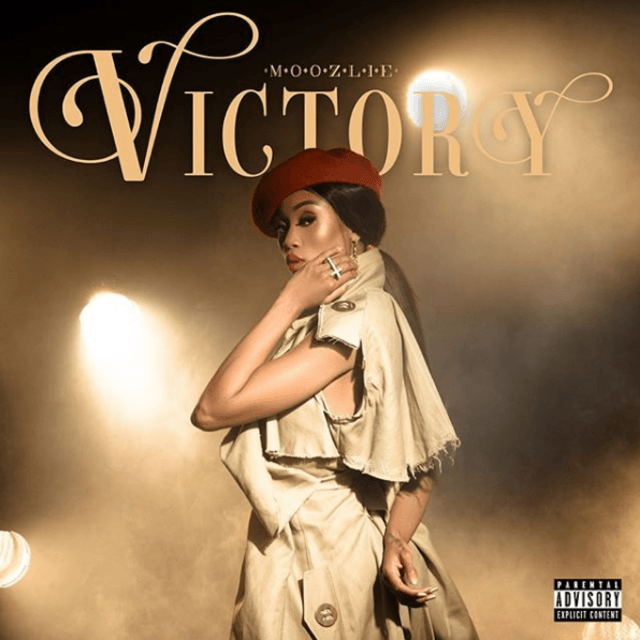 Aptly entitled Victory, the 14 track project features appearances from some of the country's hottest Hip Hop acts, a list which includes AKA, Da L.E.S, Gemini Major, her rap BFF Rouge, former Cashtime brother Kid X, and, amongst others, Yanga.

We are excited by Thabsie laying down sultry vocals on the album's opening joint - the title track - Victory.  In it, Moozlie spits some authentic lines about the challenges of life, which must be surmounted for the sake of attaining victory. And a victory it has been for the good sis who, after departing from Cashtime, established her own record label and started putting in the graft.

Victory follows Moozlie's EP, Versus, which came out in 2017. The record was also the rapper's first full body of work. Though Moozlie's fierce attitude beams throughout this album, she balances it by revealing more authentic and vulnerable sides to her.

There's the skhanda vibe, which always finds her straddling kwaito and Hip Hop, there's the more upbeat sound and there's the stripped down and raw Hip Hop sound she executes on such tracks as Rap Therapy.

Video
Anele ‘Ney’ Zondo Performs ‘Ingwe’ — Massive Music
The presenter-turned-rapper had a splashy farewell from Massive Music as she unleashed a vibey performance of her debut hit single.
Video
DôT Performs ‘Thatha Mih’ — Massive Music
DôT’s debut Massive Music performance was a splashy arrival as she served ample soul for the live treatment of her love-soaked break out single.
News
Moozlie's New Style Collaboration
The rapper takes a bold move in building her business
News
Mthunzi Releases His Debut Album
The new kid on the block dazzles in new project