Following the recent xenophobic attacks and increasing reports of gender-based violence in South Africa, Burna Boy, Kwesta and Jidenna will headline the Africans Unite concert in November to unify all Africans and speak out against femicide.

Presented by South Africa’s Department of Sports, Arts and Culture, in association with Channel O and powered by Play Network Africa, Africans Unite is a collaborative project that aims to rebuild trust and respect amongst African nations by changing the current narrative to that of unity and solidarity.

Africans Unite will take place in Cape Town at The Lawns on the 23rd of November and Tshwane’s Sun Arena on the 24th of November. Both concerts will boast other artists such as Sho Madjozi, DJ Maphorisa, Busiswa, Ladysmith Black Mambazo, and many more. 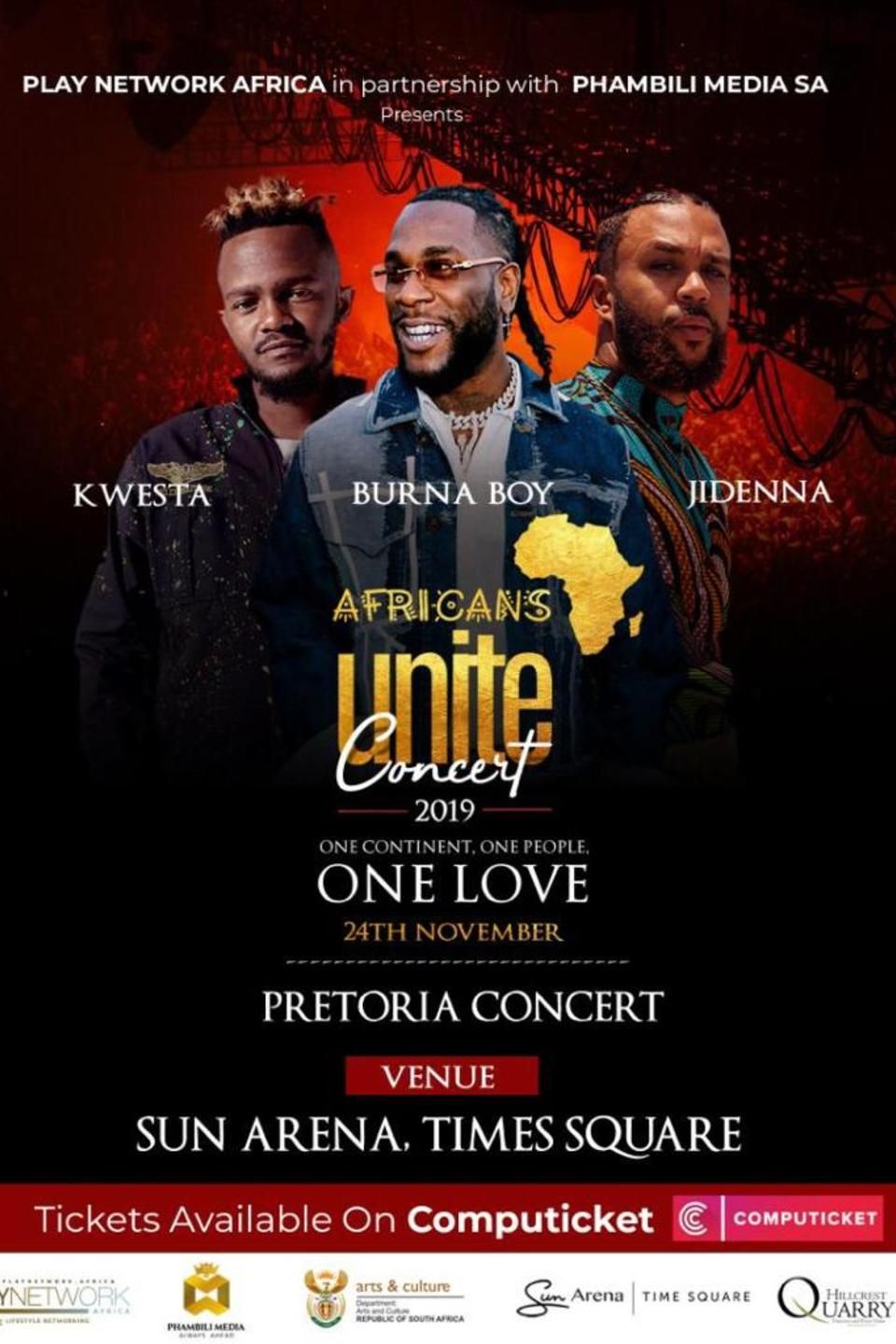 During the week of the xenophobic attacks, numerous celebrities and influencers across Africa spoke out against the atrocities, the most noticeable voice being from Nigeria's Burna Boy who urged the two governments to come together and put an end to the pain, hostility and violence.

“As we have our leaders working towards uniting Africa, it is important that we see each other as brothers of the same soil and come together and unite Africa. We must recognise and accept our differences as a continent and people of diverse cultures and love one another regardless. Both indigenous and non-indigenous businesses should be able to thrive in every country on the African continent - that way we will become the most formidable continent on the planet," says Burna Boy

Kwesta agrees: “There is no way that we are going to have peace as a nation or continent if we don’t unite as Africans. Things are as they are right now because we are fighting against each other. We need to stand together, support one another and protect each other, especially our women.”

Jidenna, who is currently on tour promoting his 85 To Africa album, will be performing in Tshwane only. The Nigerian-American rapper says he’s excited to be part of what he sees as an opportunity to solidify all Africans around the world and to celebrate our ‘Africanness’. 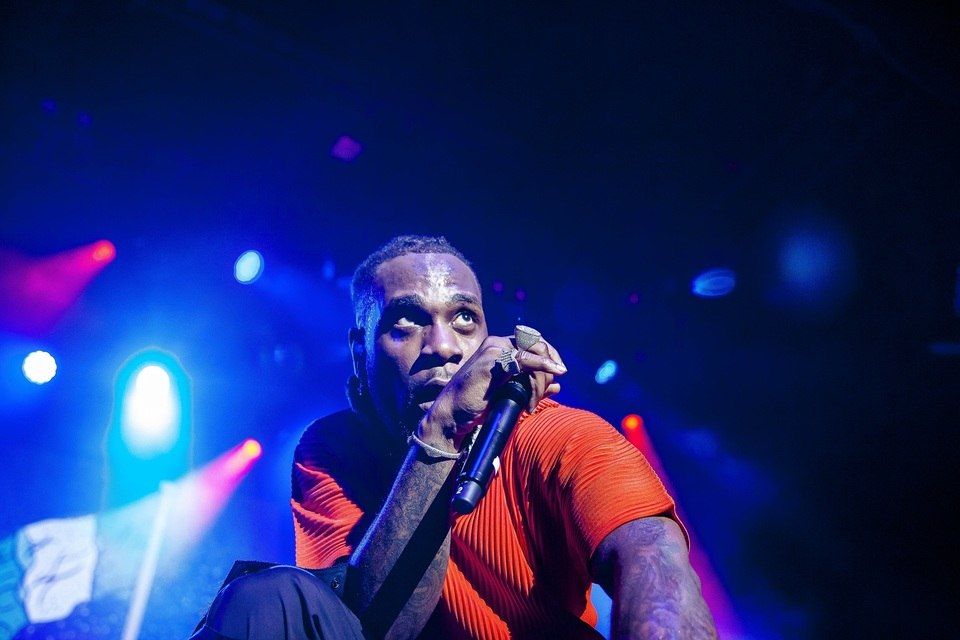 “I am very passionate about my African heritage. The common message on my new album 85 To Africa is a call to all Africans, particularly those in the diaspora, to remember their roots. Africans Unite is a great initiative for all of us to come together as African brothers and sisters in peace and unity,” adds Jidenna. 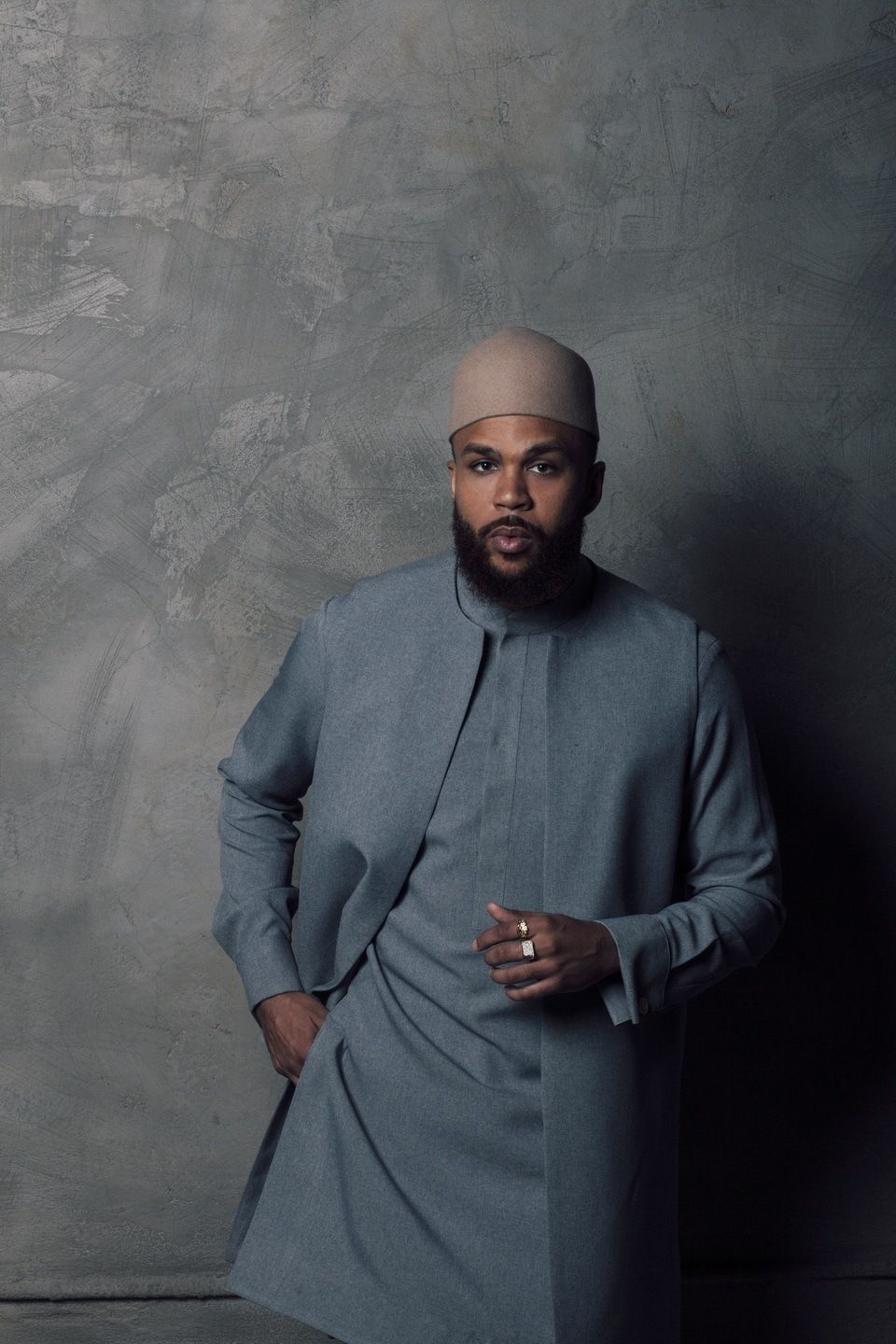 Tickets for Johannesburg will be available at Computicket from tomorrow, while tickets for Cape Town are available on Webtickets and Pick n Pay stores.

Video
Musa Keys: Samarian Boy Into Impossible Live — Massive Music
Amapiano’s golden boy treated fans into an upbeat performance of his latest blockbuster banger.
News
Africans Unite Concert
Refund details following cancellation.
Video
Langa Mavuso Celebrates African Artistry! - Homecoming Africa Exclusive
We caught up with the talented singer after a stellar performance at the festival to talk all things music, the importance of unity for African artists and what it means to be an African artist in 2019.