News
30 June 2022
Fans have been asking questions about the significance of the diamond-encrusted piece on the rapper's head. We have the answers
Subscribe

Kendrick Lamar's highly buzzed return to music has had many of its elements provoke deep dialogues amongst his fans. Following the release of Mr Morale & The Big Steppers, his fifth studio album, the rapper inspired a wave of discussions on several themes, including identity, community, mental health, and acceptance.

Amongst topics inspired by the album's arrival, is the stylish diamond-encrusted crown he's been wearing. One month after making its debut on the album artwork, the headpiece has made headlines at Glastonbury, where Lamar wore it for his closing performance for the festival. 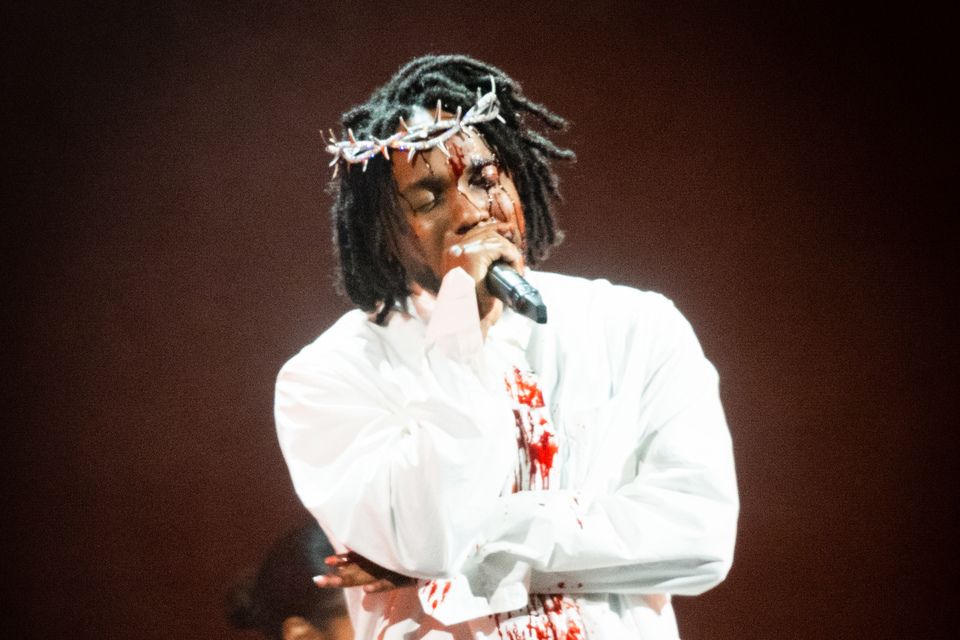 The crown of thorns is one of the word's most recognisable symbols. Associated historically with religious iconography, the rapper's decision to not only wear the crown, but also enact its religious associations during his performance, has had fans talking.

And now Lamar has explained the meaning behind the crown. According to Vogue Magazine, "the crown is a metaphor for artistic prowess, humility and perseverance". These are the words of the jeweller behind the much-talked-about piece. For Lamar, the crown pays respect to those who came before him and paved the way.

“They judge you, they judge Christ", he said on the stage as blood flowed down from his head to stain the white shirt he was wearing. "Godspeed for women’s rights!”